The show’s up and the bubbly is waiting for the iceman to cometh and of course we hope you’ll be rolling through as Hellbent curates our first “Vandals or Visionaries” show, entitled GEOMETRICKS.

Tricks are for kids, and for Olek, who has reserved one of her raunchy text messages for you to discover crocheted into her sculpture, and for Overunder, who is hanging his free wheeling story-telling metaphors with pattern overlays on large sheets of draftsman paper. It’s also tricky to make your eyes focus through multiple abstractions, line plays, blinding colors, and rippling patterns that jump off at you as you walk through the gallery space. 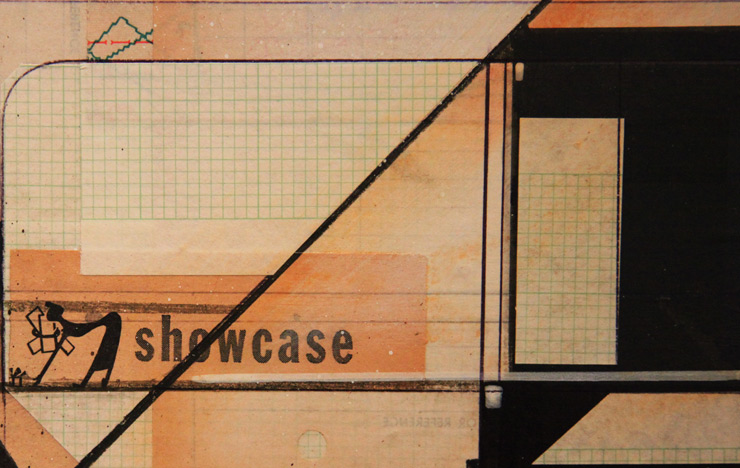 All of these artists have been bringing it to the streets, and all come at it from different perspectives. See One developed his through the NYC graffiti scene, Augustine Kofie evolved his draftsman approach out of his days as a writer in LA during the 90s, and Jaye Moon is a fine artist from Korea who’s had a gallery career before she started taking Legos to the streets. But when you see it all together, you realize there is one new language in formation in the Street Art AND Graffiti scene. 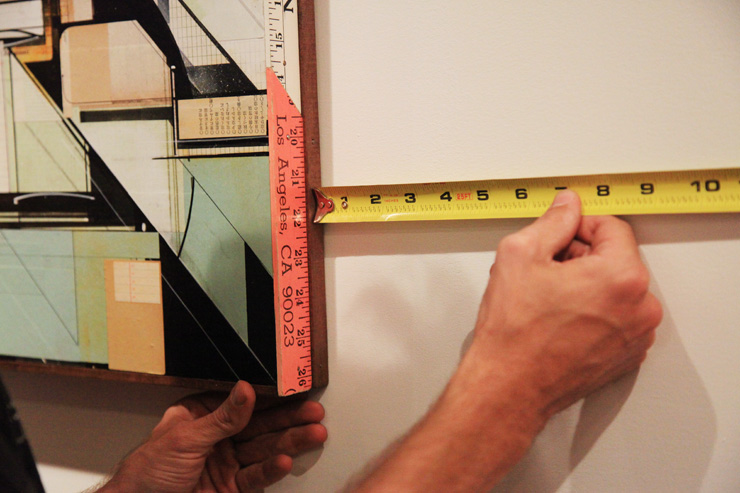 “Art from the streets has been heralding a new eye-popping geometric disorder that can now fairly be called a movement.

With roots in recent art history and the rhythms of the street, artists are giving themselves over to pungent color, pattern, grid inspired line, and a sharp edged abstraction. No one can say what has moved the conversation toward this aesthetic — it all mimics the repetitive patterns that are found in nature as well as the cool symmetries programmed by human industry. These modern alchemists from across the globe are somehow pumping the Street Art scene with an oxygen-rich supply of lifeblood and a variety of possible directions to explore.” ~ from Color, Geometry and Pattern on the Streets, our recent piece on the Huffington Post. 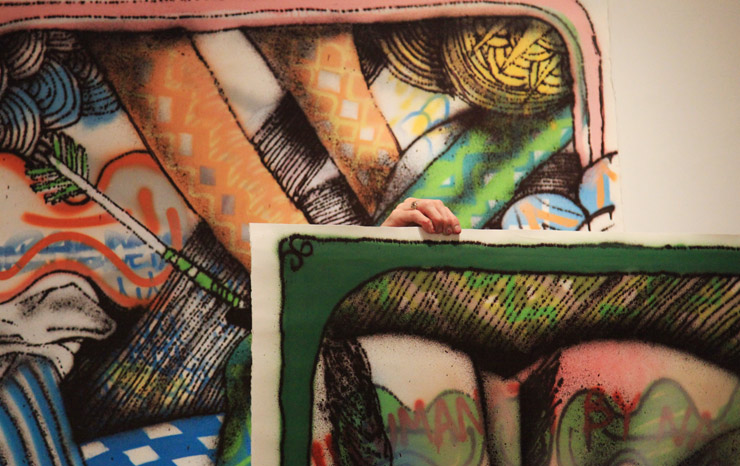 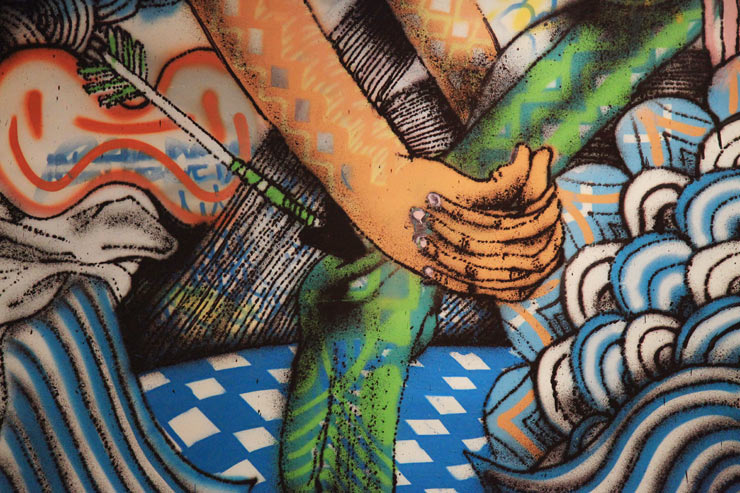 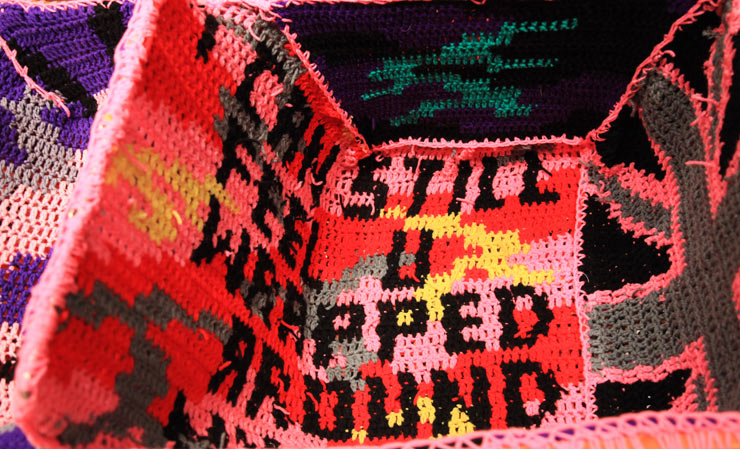 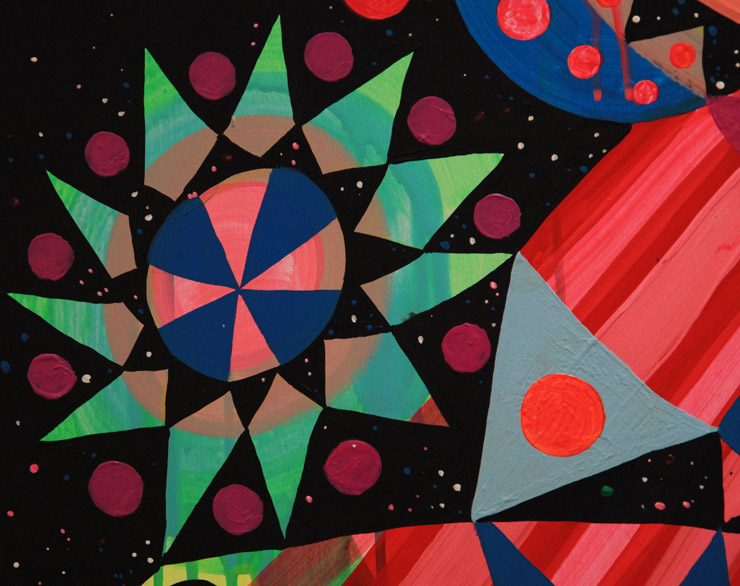 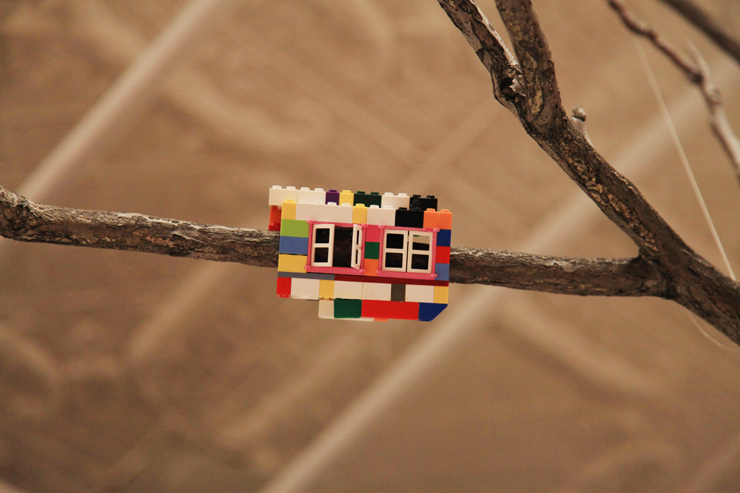 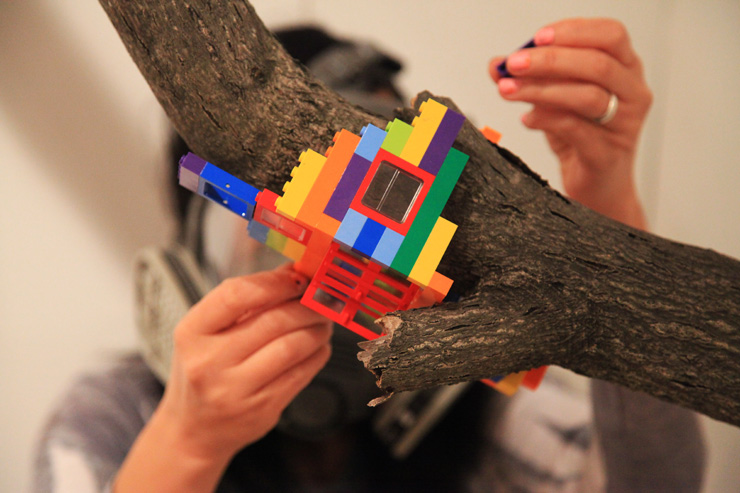 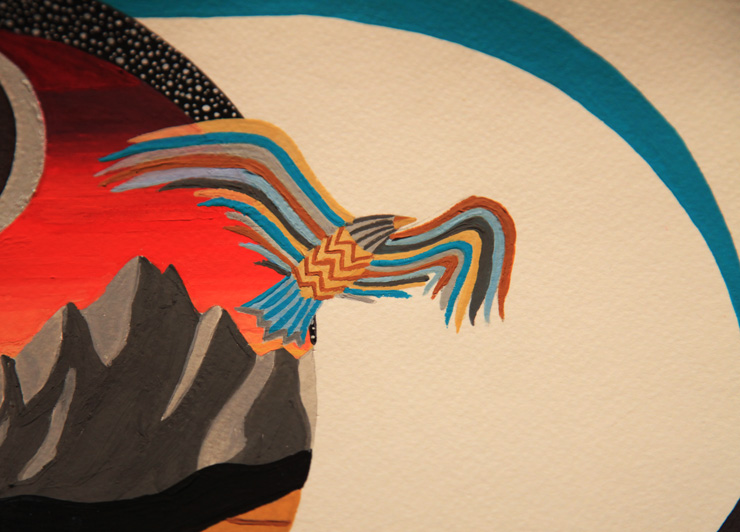 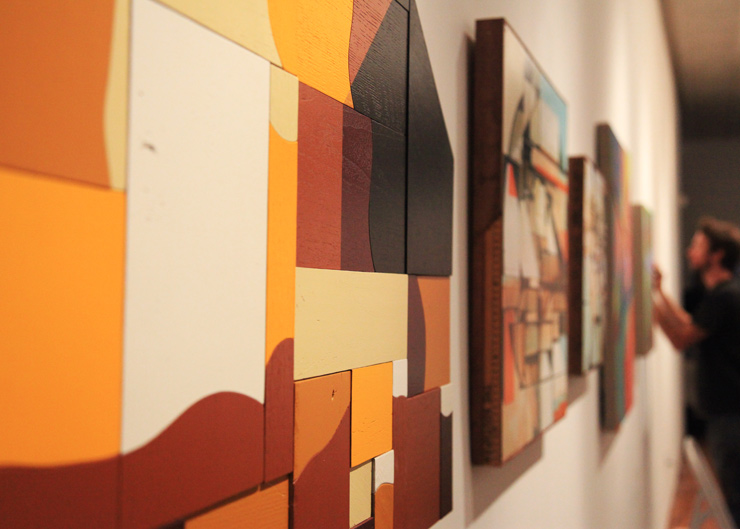 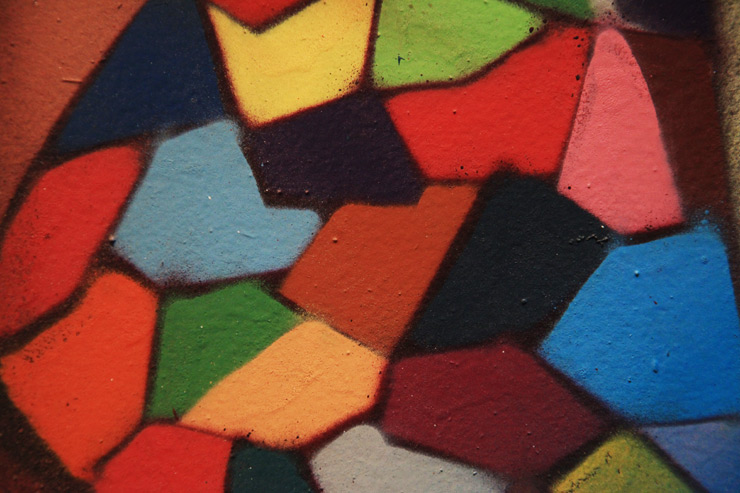 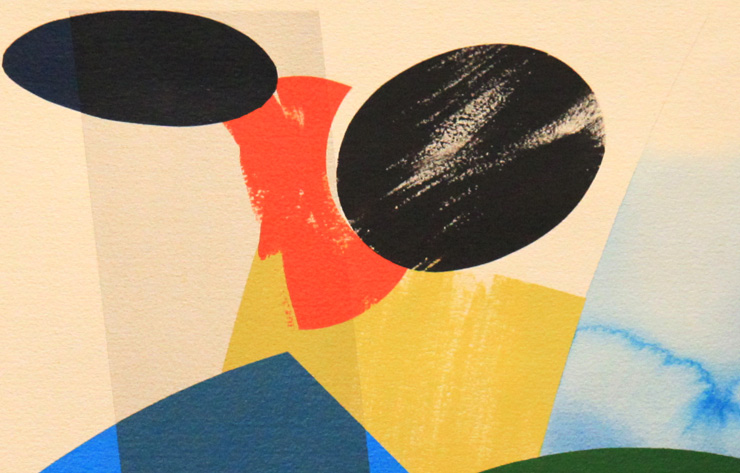 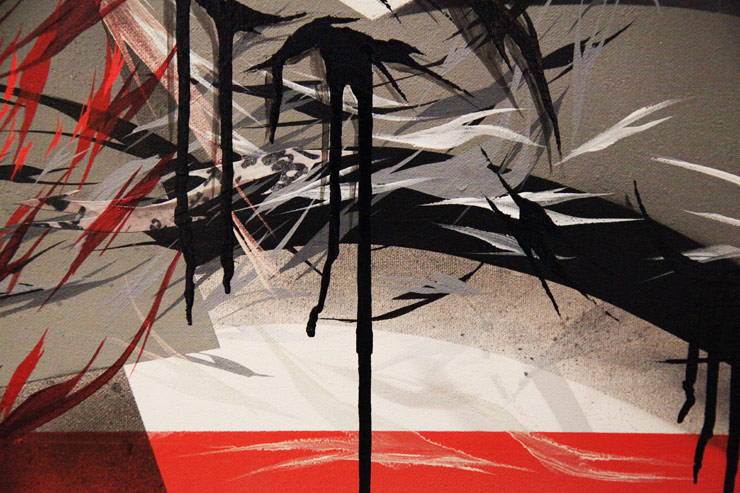