Hot town, summer in the city
Back of my neck getting burnt and gritty
Been down, isn’t it a pity
Doesn’t seem to be a shadow in the city

All around, people looking half dead
Walking on the sidewalk, hotter than a match head * 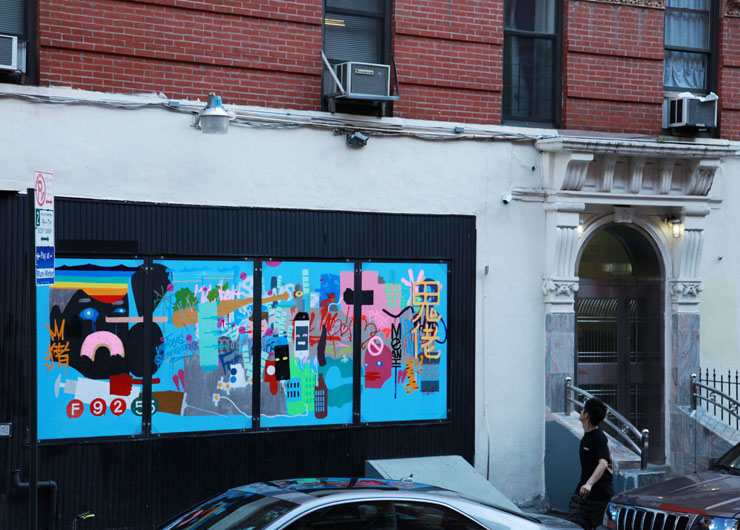 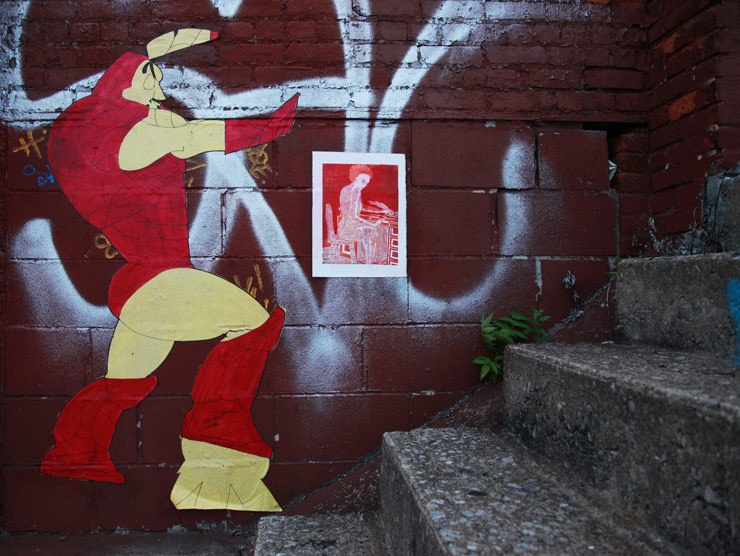 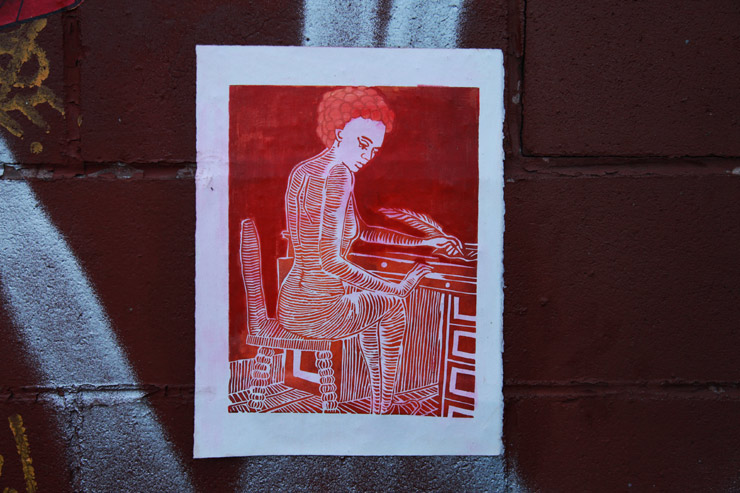 With no air conditioner in her apartment, Laticia was force to do her writing in the nude, which actually was okay with her. Artist Unknown (photo © Jaime Rojo) 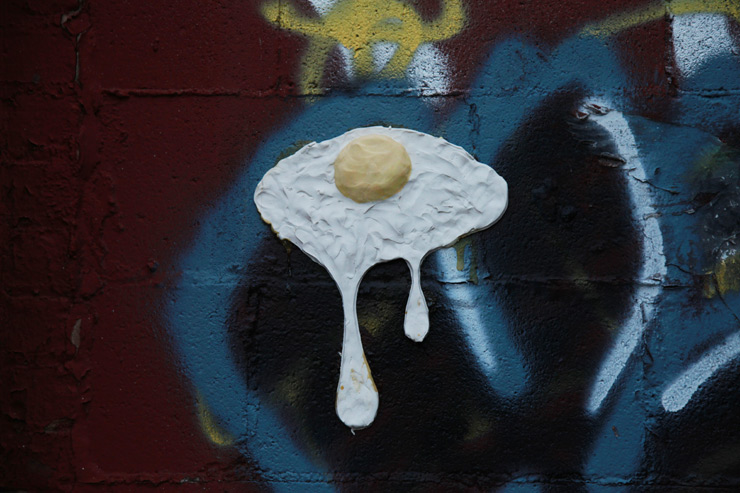 Mr. Toll. I’m telling you, it’s so hot you could fry an egg on the street! Sunny side up please. (photo © Jaime Rojo) 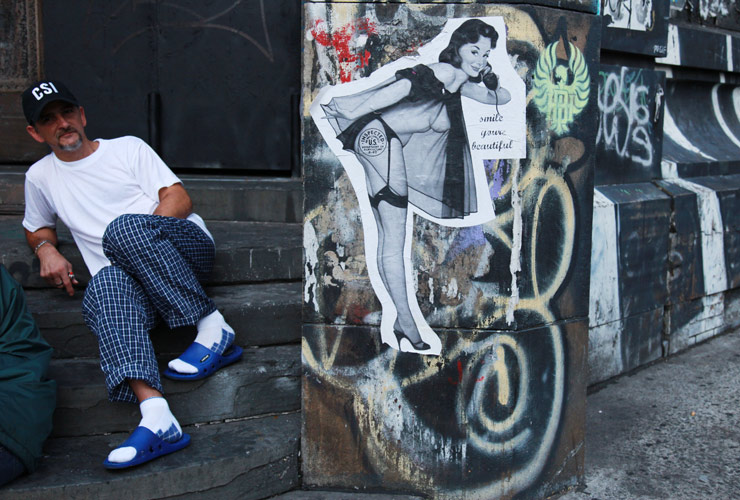 Laverne found that her new summer ensemble was surprisingly breezy as she picked up the telephone. Ned looked up guiltily and pretended not to have been staring. Smile You Are Beautiful (photo © Jaime Rojo) 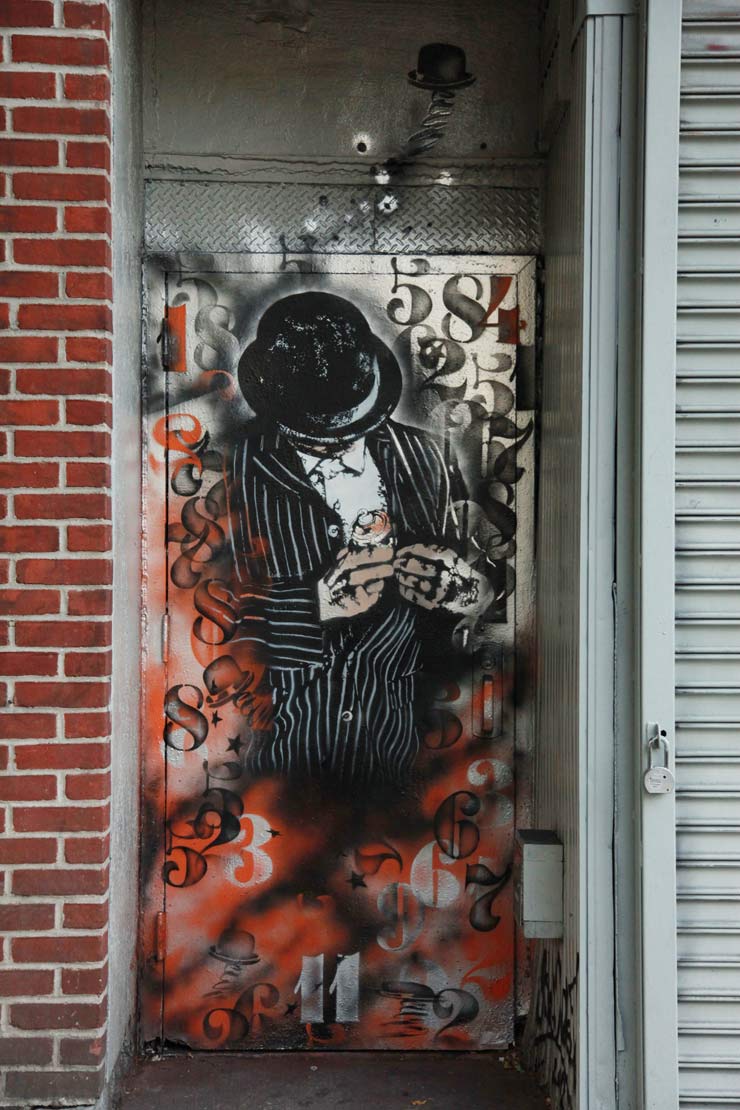 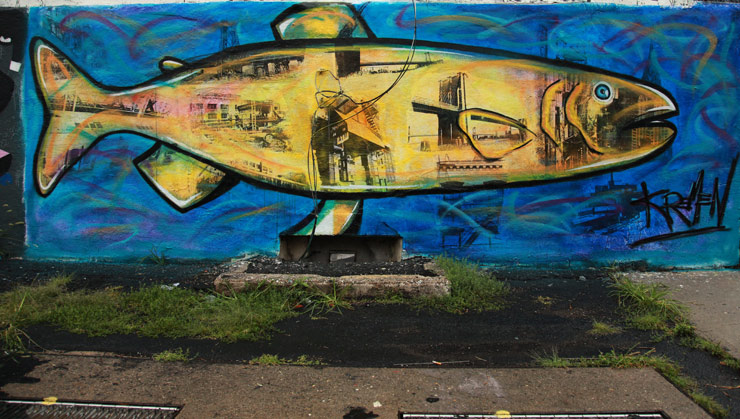 Kremen. Like a Fish Out of Water. (photo © Jaime Rojo) 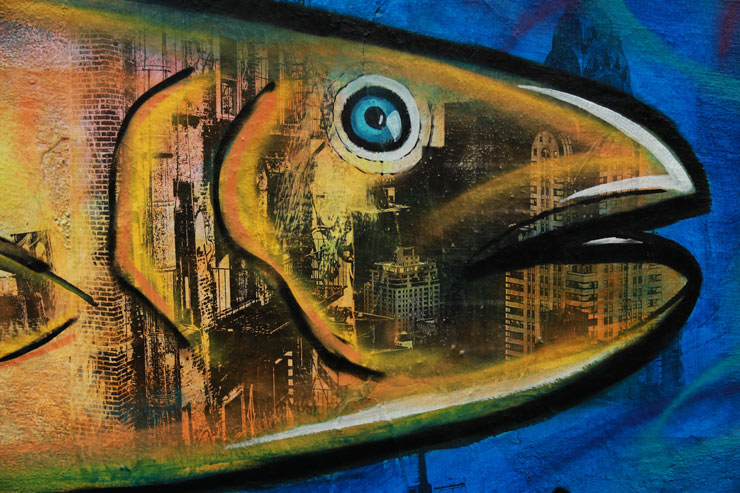 It was like you could see the entire city inside of him, just beneath his skin. He stared at me dead-eyed and said, “I own these streets.” Kremen. Detail (photo © Jaime Rojo) 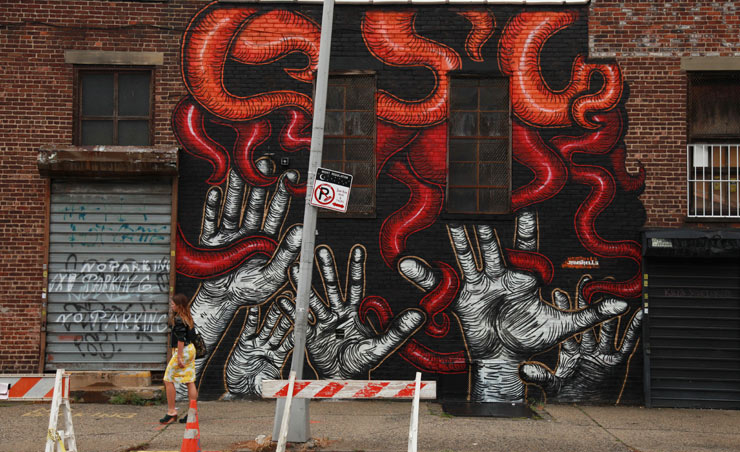 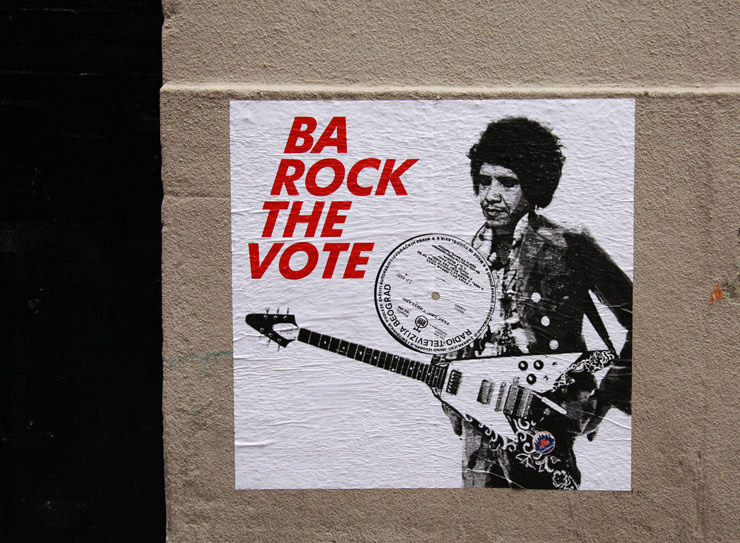 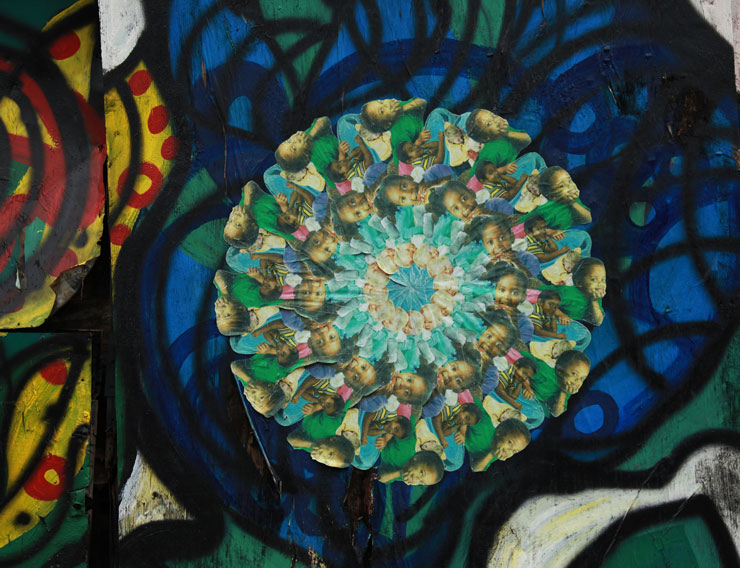 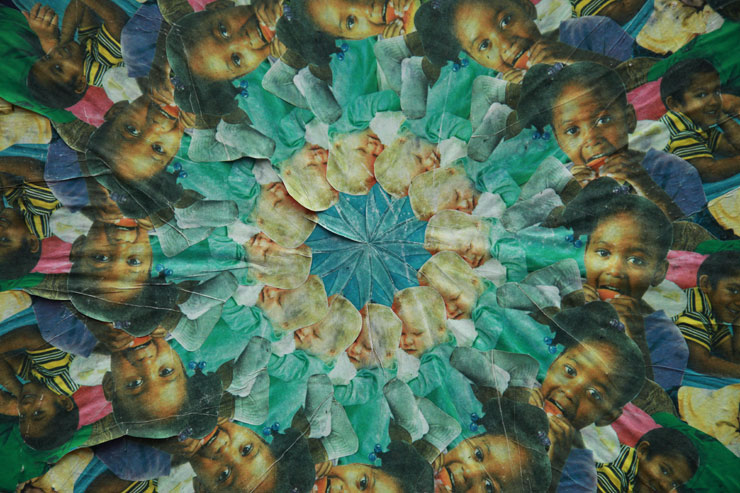 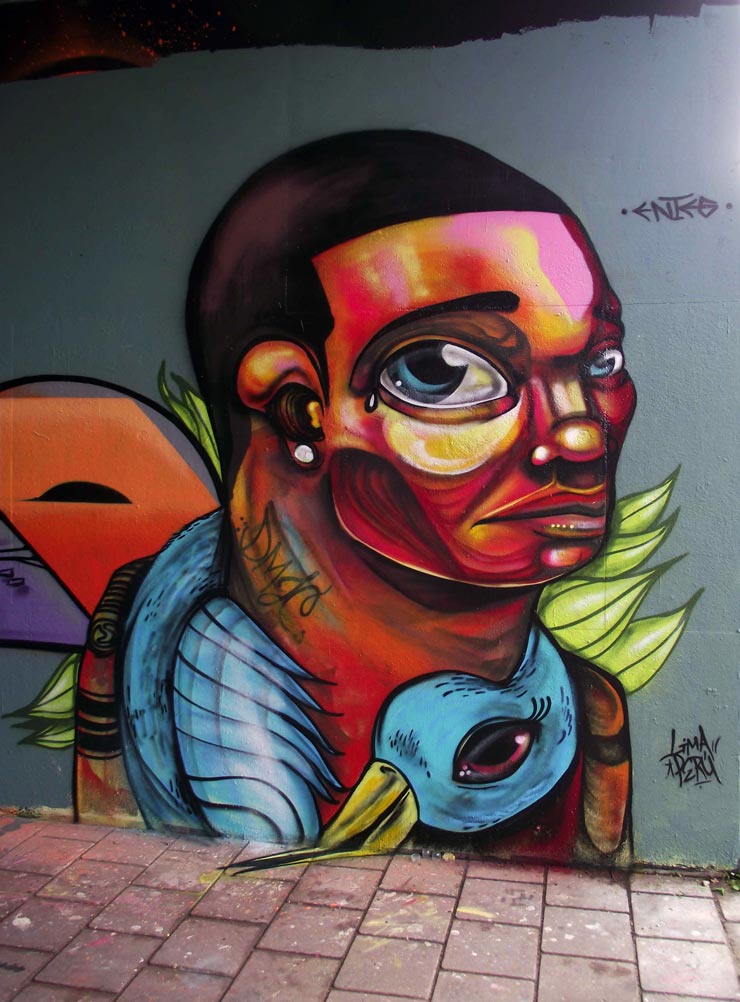 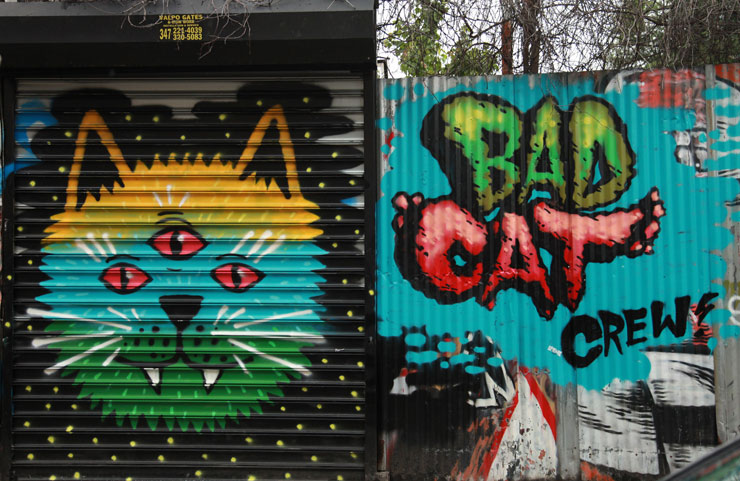 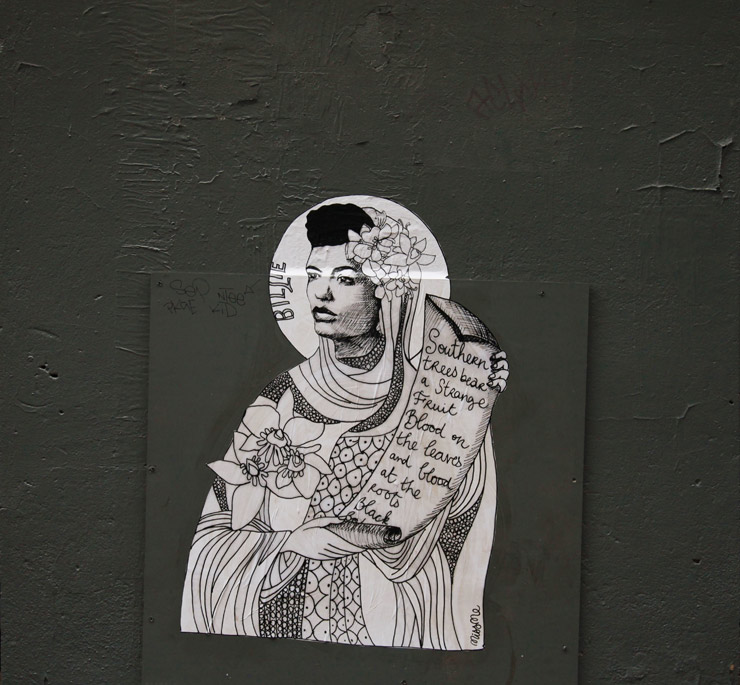 Miss Me does a tribute to Billie Holiday’s song “Strange Fruit”, reminding us of the racism that is part of the American legacy. (photo © Jaime Rojo) 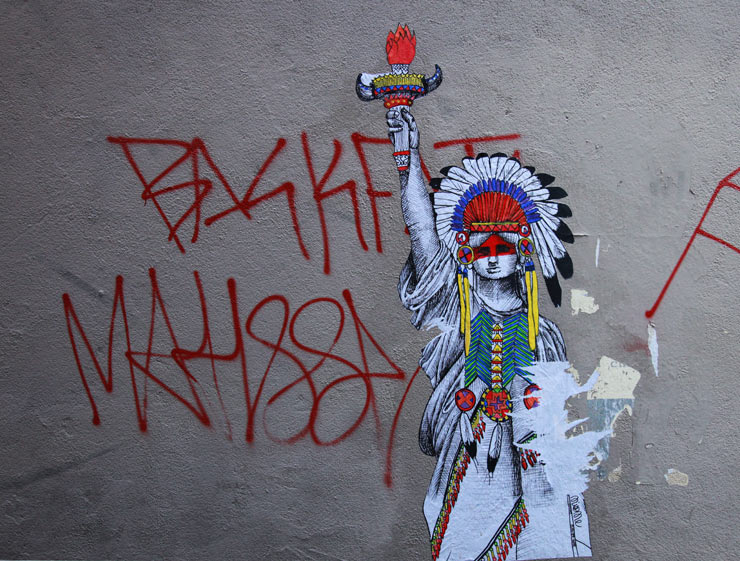 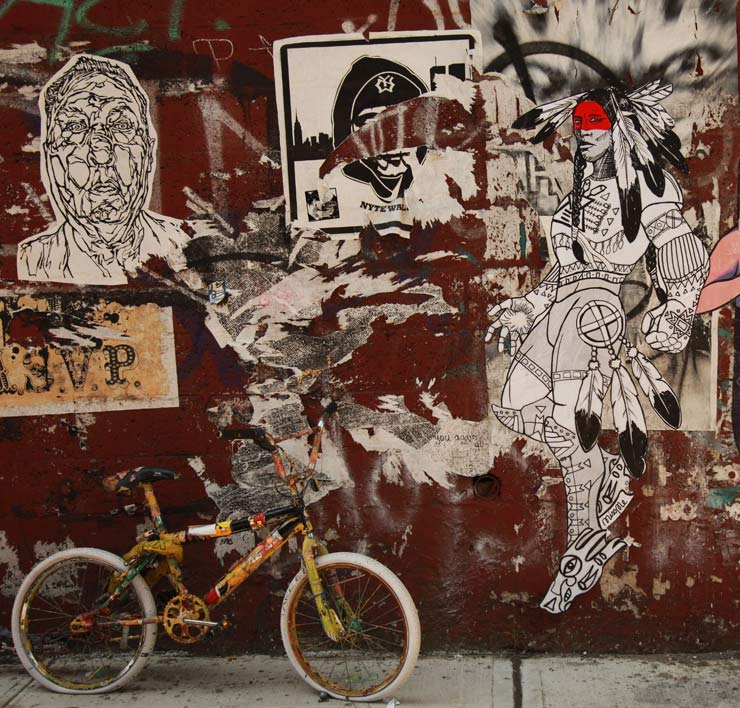 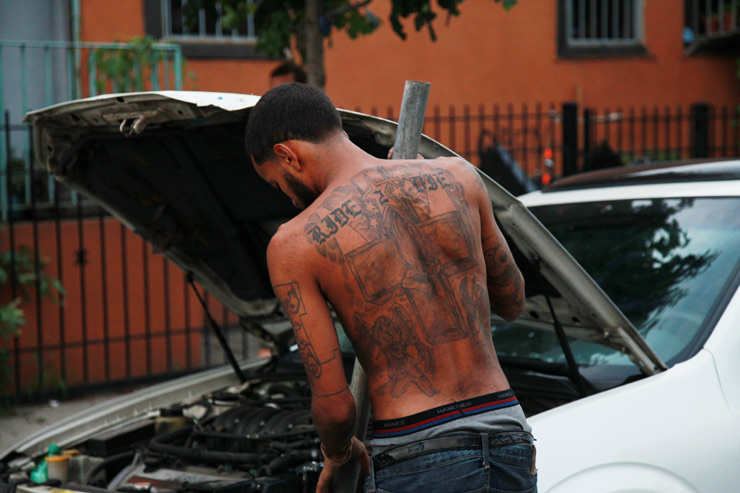 Images of the Week 10.04.09
Our Weekly Interview with the Street $469? I can't pay that much for a sports coat!  I just need it for an interview anyway, I'm not going to wear it hardly. (Bast, KRSNA) (photo Jaime R...
BSA Images Of The Week: 07.05.15
This 4th of July holiday weekend in New York is alive with art on the streets, on roofs, on stoops, in parks, on piers.  And run down back lots, tunnels, abandoned spots. Check your local listings...
Li-Hill in Motion and "The Impact of Discovery" in Kiev
Street Artist Li-Hill is a professor and student of the science of motion on the street and in the public sphere, with figures captured at increments along a path of movement. Often his large scale mu...
BSA Images Of The Week: 12.03.17
While You Were Sleeping is a Korean TV series about a woman who can see the future in her dreams, and a prosecutor who fights to stop these future events from happening. The title also makes us th...
Bill Posters and Valtònyc: 'The Gag Law Made Me Do It' / 'Lay Mordaza Me Obliga'
‘The Gag Law made me do it!,” says Street Art activist and social commentator Bill Posters as he talks about his new kiosk takeovers in Placa Espanya, Barcelona. The large black and white photographs ...
Bad Cat Crew Brooklyn Brooklyn Street Art Cassius Foluer Cassius Fouler Entes Germany Jaime Rojo Jay Shells Kremen Manhattan ME Miss Me Mr. Toll Nick Walker NYC Oly Pesimo Smile You Are Beautiful Steven P. Harrington