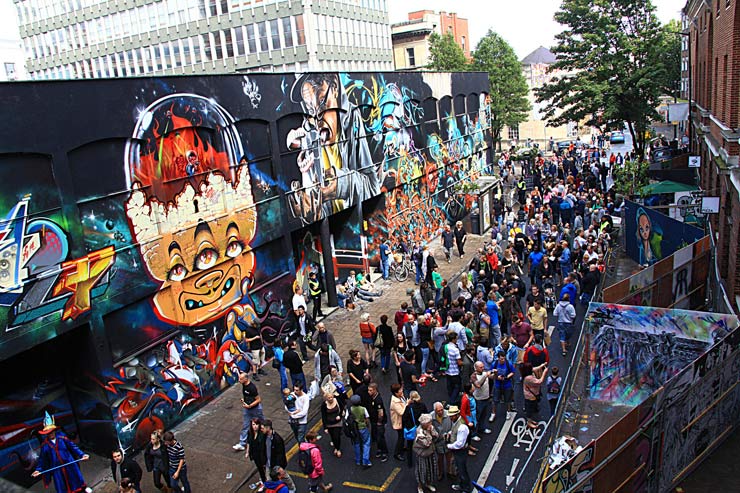 Bristol invites you to See No Evil

This summer, Bristol will play host to the most diverse art project to take place in the UK, with live projections, art installations and some of the biggest names in street art descending on the city from 13th– 19th August.

The week-long event is part of the London 2012 Festival, a summer-long arts festival throughout the country to celebrate the London 2012 Olympic and Paralympic Games. Curated artists will paint Nelson Street, to reinvent a selection of urban spaces, with some jaw-dropping images expected to be added to the Bristol street.

The event will be accompanied by Hear No Evil, organised by Team Love and featuring a series of music events throughout the week and a FREE New York style Block Party on Saturday 18th and Sunday 19th August on Nelson Street.

A visual spectacular will open the weekend’s music on Friday 17th August when 3D Projection experts AntiVJ creating a unique installation in the Passenger Shed in Temple Meads. This FREE ticketed performance will be arranged with music by musicians Adrian Utley from Portishead and Will Gregory from Goldfrapp .

The best of Bristol’s music culture will set the backdrop to live street painting and outdoor stages on Saturday, while buskers will be chosen to take up a number of pitches throughout the festival site and lead the street party on Sunday 19th August, while artists put the final touches to their creations. 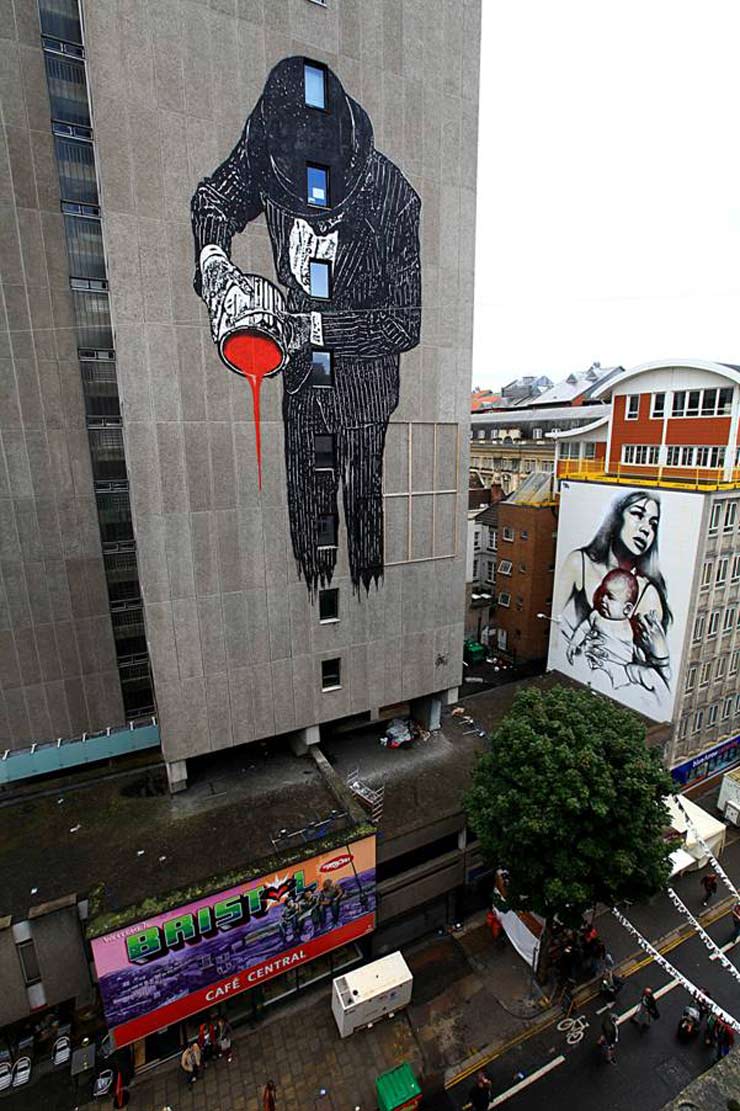 “See No Evil is a unique event, designed to showcase the emerging and established talent in the world of urban art and music, to develop the innovative footprint in Bristol’s creative quarter. The pieces created over the week will create a legacy from the project and a destination for urban art fans from all over the world. There are going to be some massive names from the world of graffiti involved this year, we’re really excited to welcome them.”

“See No Evil will give people in Bristol a chance to experience the Cultural Olympiad by seeing streets brought to life with the best of urban art. The Anti VJ installation will transform the Passenger Shed at Temple Meads with projected images and sound. I look forward to being part of this fantastic celebration of culture in Bristol.”

Canemorto X Studio Cromie Salute this "Golden Age" in Famed Grottaglie
“Angelo, you've brought many oafs here,” says his mom at the dinner table, “but these guys… ” “They really look like rabid dogs,” remarks his father. Yo Daddy, you’re closer to the truth than you ma...
A Tidal Wave of Lodz Reborn: "Lodz Murals" Distinguishes Polish City
New work from DalEast, Borondo, Alexis Diaz “My aim is to create a permanent exhibition of great art in the public space of Lodz,” says Michał Bieżyński, founder of Lodz Murals in the Polish city of ...
Resurrecting the Church with Air Sculpture by Edoardo Tresoldi
Soaring Architectural Sculpture Recalls a Long Lost Holy Place An astounding display of the volume and spatial relations defined by the built environment is now rising in Siponto, Italy thanks to the...
Don Rimx “Olor a Azucenas el Perfume del Barrio” in Brooklyn
“Olor a Azucenas el Perfume del Barrio” (The smell of Lilies is the Perfume of the Neighborhood) is the new mural by Don Rimx for this Brooklyn wall on Grand Street. Don Rimx. “Olor a Azucenas el...
35 Artists in Barcelona Trying To Save The Arctic with Greenpeace
Yesterday our posting was about artists in London creating works about endangered species and today we go to Barcelona where 35 artists joined with Greenpeace and a local group named RebobinArt on Apr...
Bristol Brooklyn Street Art Eine Inkie Liken Nick Walker Remi Rough See No Evil U.K. Vhils