Spindled chair legs pointing like spires into the air in search of a seat, the grime covered and periodically depressed keys on an uprooted organ, religious symbols carved into the wooden banister now fallen; A fan made of striped owl feathers, cardboard puzzle pieces, a worn velvet cushion.

Dust to dust, ashes to ashes. So are the things of this world, once so meaningful, now unguarded and discarded in this old church with puddles inside. 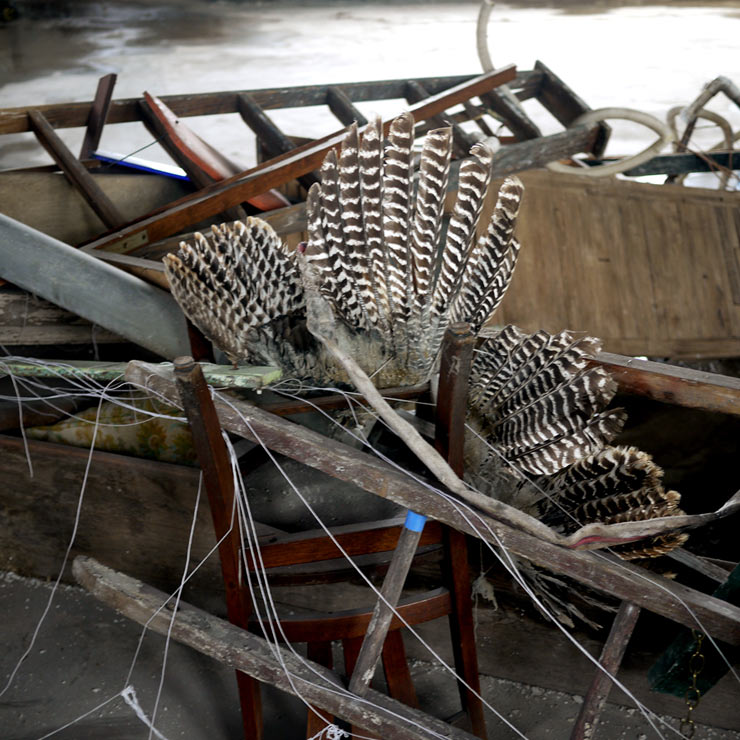 Fine artist and sculptor of detritus Jim Darling thrives on urban exploration so who better than graffiti/fine artist Revok could take him through most of Detroit last week to see what could be discovered in this once-teeming motor city.  The two covered as much ground as possible on the tour and made sure to stop into a house a worship to contemplate a hallowed space and the assigned meaning of stuff. “I’ve been a huge fan of Revok’s work for a long time so it was super rad hanging out, making sh*t and having him as my D-town tour guide,” says Darling ask he talks about the trip.

While in the abandoned church, the two spent a couple of days gathering the elements that  they found and arranging them into a sculpture under the watchful gaze of stained glass and maybe a higher power.  Taking geometric and architectural cues from their new installation space, the artists built a balanced weight piece that mimics the symmetry around it. With industry and creativity, the newly ordered space is again respected, reflective. 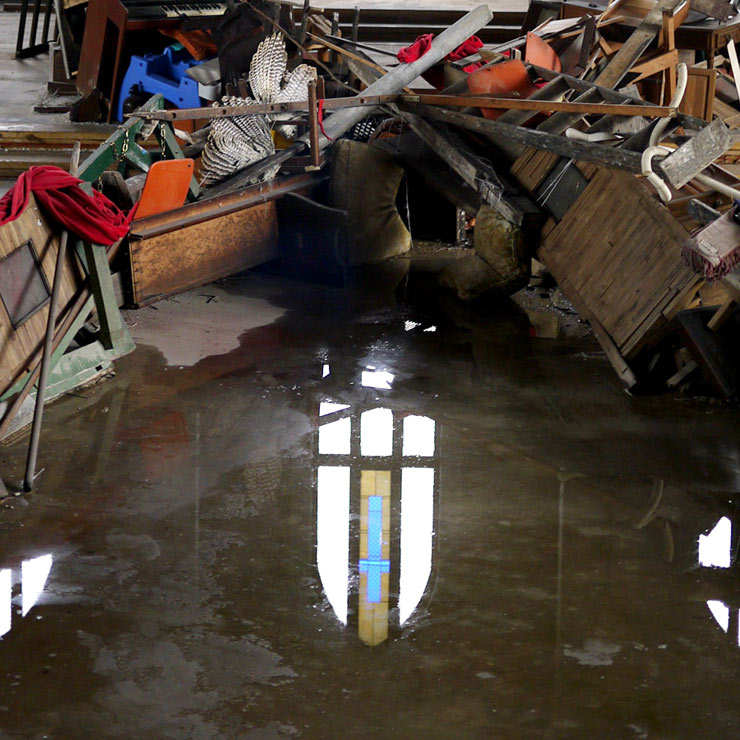 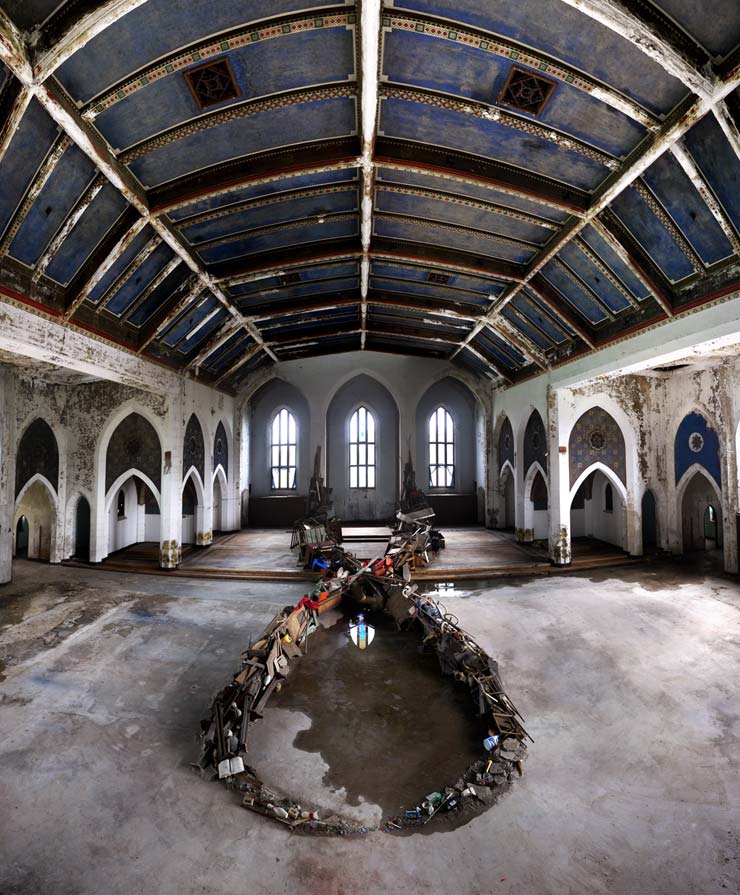 Art In Ad Places X Pride
The private art curators behind the public ad takeover initiative "Art In Ad Places" have been inviting people whom they like to show their art and curate in their exclusive campaign with phone booth...
BSA Film Friday: 09.18.15
Our weekly focus on the moving image and art in the streets. And other oddities. Now screening : 1. Petro Wodkins makes Putin Sing and Explode: Sound Of Power 2. PangeaSeed's Sea Walls....
A Top Exhibition for '14 on HuffPost: Swoon's "Submerged Motherlands"
Street Artist Swoon's show at the Brooklyn Museum was named in the recent The 15 Best Art Exhibitions Of 2014 listing on The Huffington Posts Arts & Culture page. We're excited that our article, t...
Banksy Hits Brexit With New Piece, MaisMenos & BLU Used EU Flag Earlier
The appearance of a new mural by Banksy in Dover, England caught the attention of many followers on his Instagram account and the mass media folks quickly reported on the new piece that comments on th...
"MARTHA: A Picture Story" Premieres at Tribeca. A Film By Selina Miles.
BSA Exclusive Announcement and interview with the director and the star of MARTHA A Picture Story A Documentary by Selina Miles MARTHA: A Picture Story. A film by Selina Miles. (...
Brooklyn Street Art Detroit Jaime Rojo Jim Darling REVOK Steven P. Harrington