About a year ago you may remember the Kickstarter banner we ran on BSA to raise money for New York Street Artist Robyn Hasty AKA Imminent Disaster to travel across the US capturing portraits with a very old photographic process for a project called “Homeland”.  The campaign was successful, and despite an episode where her car “Cecelia” completely broke down and needed a new engine, Robyn set out to find another side of the country, seen through a new set of eyes. The first portrait result we saw was the image she put in BSA’s show last August in LA, but tonight you have the opportunity to see her first real exhibition of this work at Kesting/Ray Gallery in Manhattan. In addition she’ll be showing new cut paper  works that many will be familiar with from her work on the street as Imminent Disaster in the late 00s. 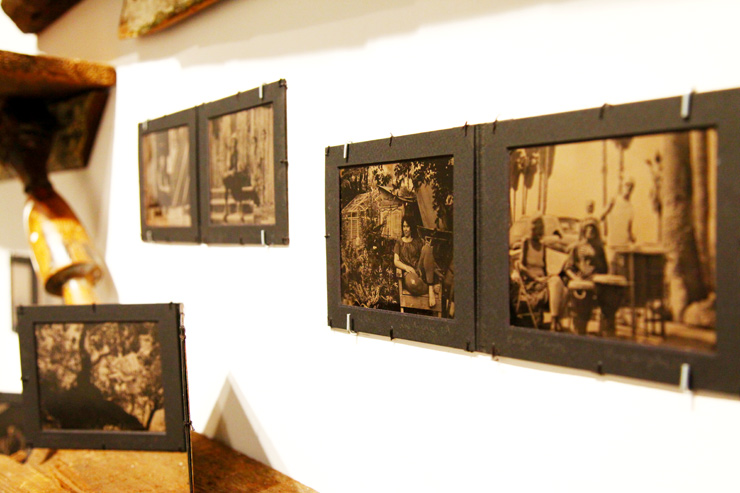 Over the course of 15,000 miles with her wet plate collodion camera and her chemicals in hand, Robyn set out on a road trip across the country to take photographs of people living outside the established urban settings and gridwork that forms much of the US. These simple and complex works are “magical alchemy”, according to Hasty.

“Every time I took a picture it just surprised me how it looks when it comes up. The camera doesn’t see like your eye sees. So every time you see what the camera sees – it’s a discovery.”

The new portraits bring to mind the work of the late master photojournalist from Hoboken, New Jersey Dorothea Lange (1895-1965). Ms. Lange documented with her arresting images the plight of the migrant workers during the great depression for the Farm Security Administration from 1935 to 1939. Now amidst our great recession, her wet plate collodian tintype produce beautiful portraits of her subjects that seem strangely akin to those subjects of that time – captured in their surroundings as they live today.

Ms. Hasty took a few moments from hanging the show to talk about the new work with Brooklyn Street Art.

Brooklyn Street Art: What did you think you were going to discover
Robyn Hasty: I guess I was hoping to find relationships between a community that I’ve been working with in New York, and across the country in various ways, to see how that community kind of extended beyond those boundaries and was formulating into a movement. It is a national movement creating an alternative way of living that is different from the capitalist system.

Brooklyn Street Art: In a way you kind of envisioned, or saw in a some way, what happened at Zuccoti Park but in different parts of the country?
Robyn Hasty: I think the thing that was significant about Occupy Wall Street was that it started in New York and within weeks it had spread to most other cities in the country. That seems to indicate that there is actually an unrest and a unity between people who feel that they want radical change and I think I do see a lot of commonalities with the different people I met. An overlap in ideologies; they may not agree in ideologies and there may not be an established ideology that is stated, that has been formalized. 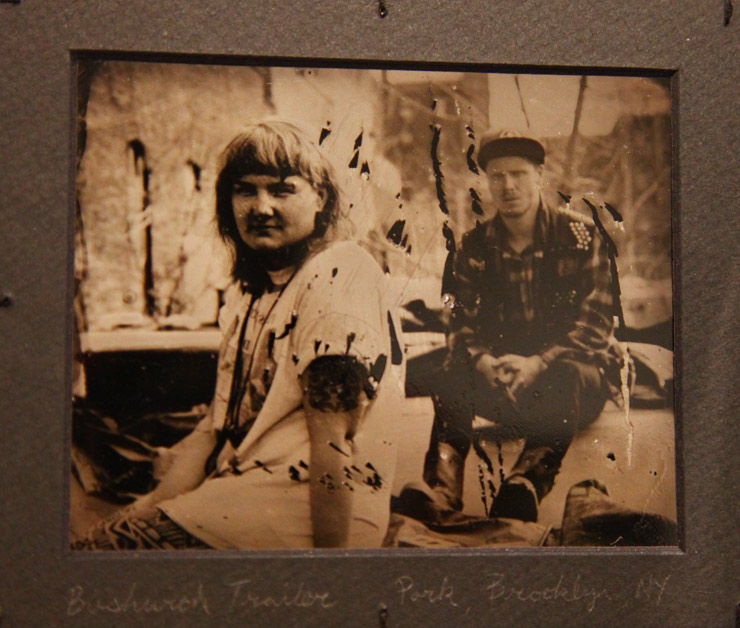 Brooklyn Street Art: You encountered people you didn’t know. Was it difficult for them to say yes to posing? How did you approach them?
Robyn Hasty: Most people were receptive to it. I just introduced myself and sometimes I would chat for a while and then eventually I’d show them the wet plates I’d already taken and ask them if they wanted to be involved in the project and have their portrait taken. Usually they said yes.  There were a few cases where they said no. 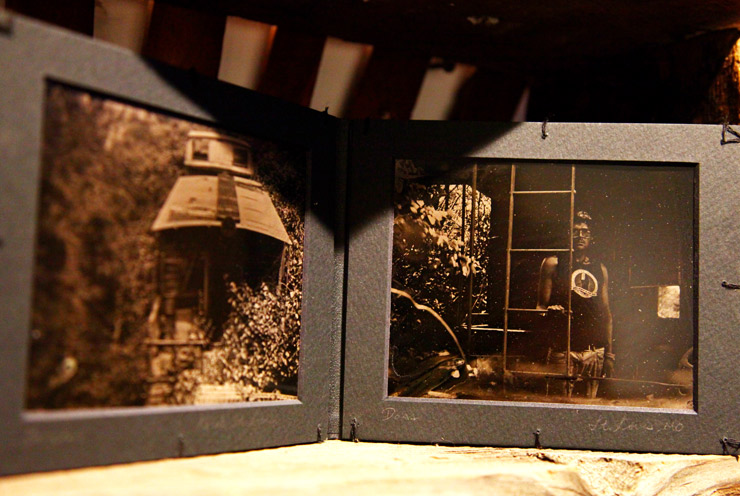 Brooklyn Street Art: What sort of inspiration do you get from these people?
Robyn Hasty: I feel like I choose the portraits that I take because I feel a connection to my subjects, like as a cohort. I respect what they are doing. I am inspired by what they are doing, and I feel like there is kind of an overlap between what we’re trying to do in our lives.  Based on that relationship, it is the reason why I’m taking the portrait and what I’m trying to convey in the portrait to other people.

Brooklyn Street Art: What was it like traveling across the country? Was it ever lonely?
Robyn Hasty: I rarely felt lonely. I think I had a very positive experience because I realized how large the country is, how beautiful it is, how many opportunities there are to build and to re-envision it. I think I saw that from traveling across it.

Robyn’s large scale, cut paper portraits for which she is mostly known with her work on the streets are part of this show as well. 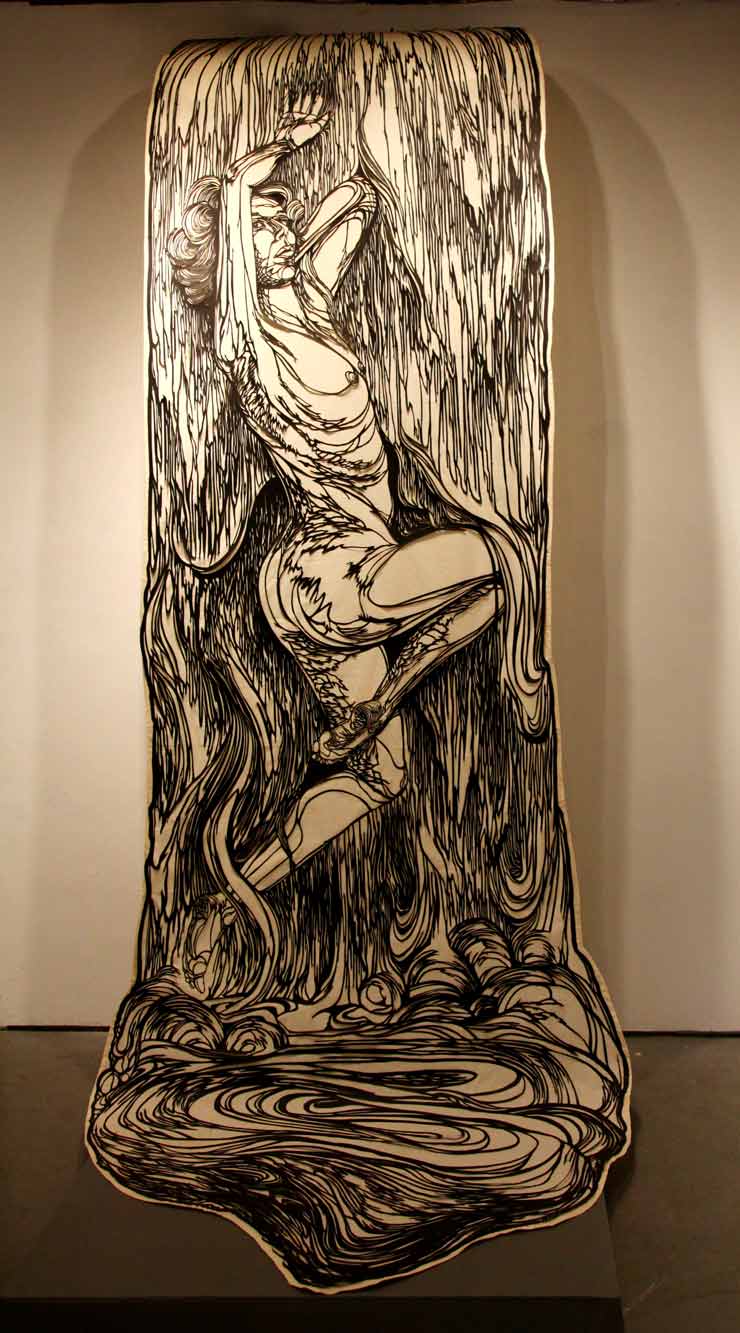 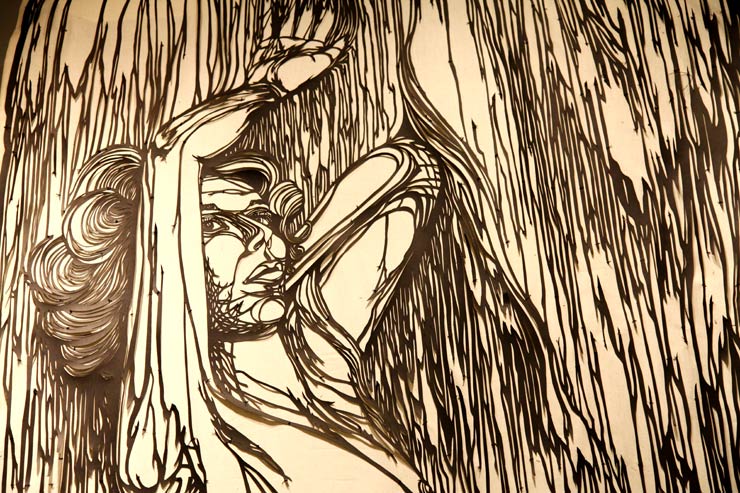 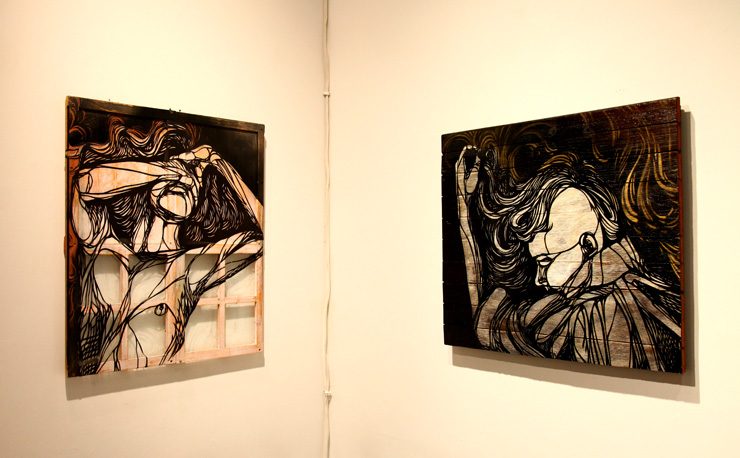 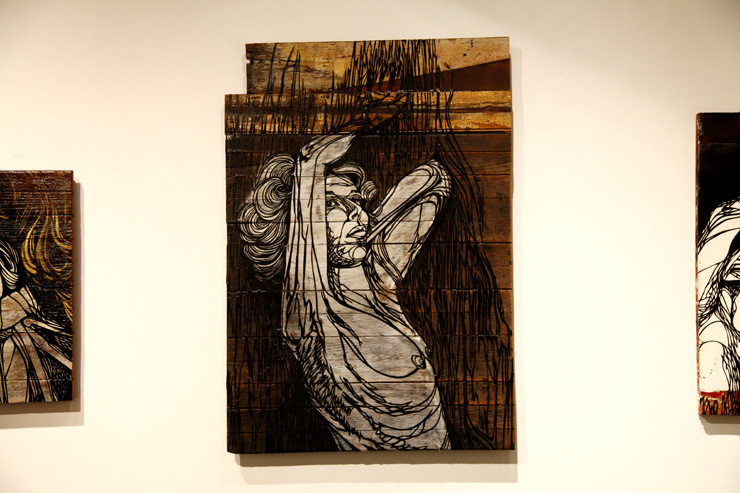 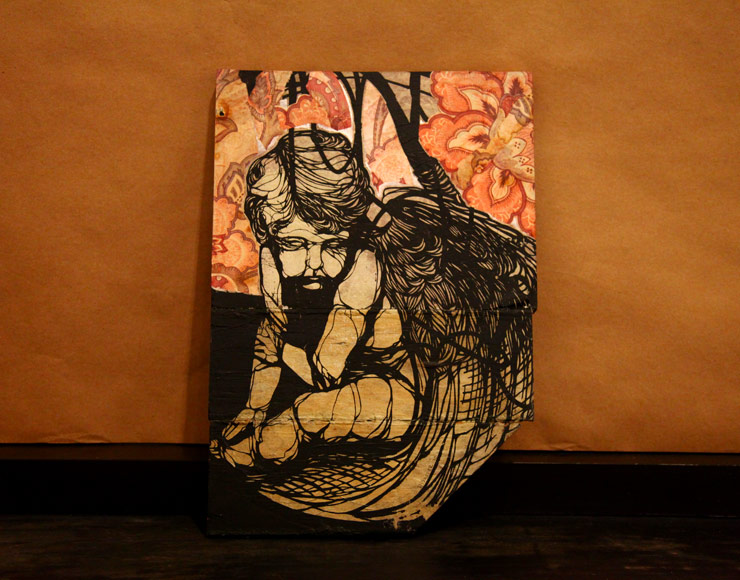 The original banner we ran on BSA for the Kickstarter fundraiser. (left)

For more information and complete details about tonight’s show “On the River…” opening at Kesting/Ray Gallery, click here.

Photos Of BSA #12: Tagging on a Snow Day
Happy Holidays! We’re celebrating the end of one year and the beginning of the next by thanking BSA readers, friends, and family for all of your support in 2022. We have selected some of our favo...
JACE in Grigny, France Brings the "Gouzou"
“Gouzou” are on the loose in Grigny, thanks to their creator, French graffiti writer and muralist JACE. JACE. Wall Street Art Festival 2019. Grigny, France. (photo © Galerie MathGoth) A childr...
BSA Images Of The Week: 08.24.14
Here's our weekly interview with the street, this week featuring Angelina Christina, Azores, City Kitty, Colettivo FX, Damon, EaseOne, Fidel Evora, F.S., Gone Postal, HDL Corporation, JR, Kraken...
Spidertag Glows Vintage in Vegas
Just after seeing Billie Eilish or Young Thug at the "Life is Beautiful Festival" in September you could wander over through vintage Las Vegas to check out the new fluorescent diptych by street artis...
"Tracing Morocco", Hendrik Beikirch
Dignity in “Tracing Morrocco” gives pause, requests your consideration. Last year we wrote about Hendrik Beikirch's journey to Morocco, The Trades. With the support of the Foundation Montresso he emb...
Brooklyn Street Art Dorothea Lange Imminent Disaster Jaime Rojo Kesting/Ray Gallery Manhattan NYC Robyn Hasty Steven P. Harrington