The city of Chicago is famous for many things, one of them is the city’s zero tolerance for Graffiti and Street Art. Lore has it that if a piece runs for more than one day before “The Buff” hits it with a drab splotch of municipal death, it’s because they thought it was an ad.

One piece that has survived the wrath of The Graffiti Blasters (as they are officially known) is the only known Banksy piece in Chicago. It’s a vintage baby carriage tumbling down the ghosted remnant of a staircase. It brings to mind the movie ‘The Untouchables” with mobsters and police and screeching cars and a panicked baby just for the hell of it. But, really, no one knows why this Banksy baby has survived so long. 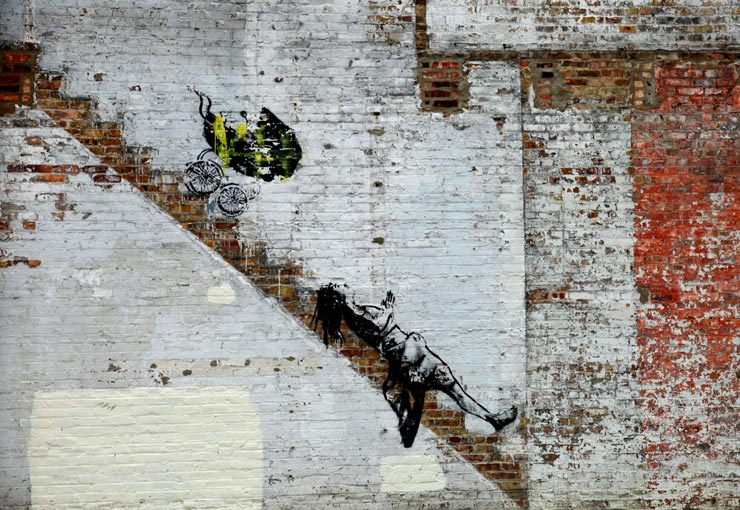 The faded Banksy baby carriage and the mysterious woman this summer in Chicago. (photo © Jaime Rojo)

Compounding the question this summer was the appearance of a mysterious unfinished non-Banksy body lying further down the staircase. Oddly stiff and praying, nobody knew the cadaverish forms’ origin as we looked through a lense at  the Banksy in all it’s faded glory, looking more poignant and beautifully decayed, tagged but not destroyed. The unfinished form appeared to be levitating above the steps, it’s incompleteness adding an eerie feel to the Banksy carriage. Who painted it? Why was it not finished? Que significa?

Today we can report to you with certainty that the unfinished piece was by that side-busting Specter. And it is unfinished no more.

According to one account, it looks like the Brooklyn Street Artist had gotten in a little deeper than he intended when he began his unwanted collaboration with the biggest name in spraybiz, and he lost his concentration, one could say.

The resulting work, the “restoration” of the original Banksy, will surely infuriate some BSA readers. In the context of Specters other “sidebusts” and his own semi-rigid rulebook, however, it makes it’s own curious sense. And the woman who appears to have inched her way closer to the baby carriage as she become more complete? What of her? Reached for comment, Specter only said that in this unwanted collaboration he “used the Banksy baby carriage to make a reference to the conservative agenda that attempts to control women’s reproductive systems.” 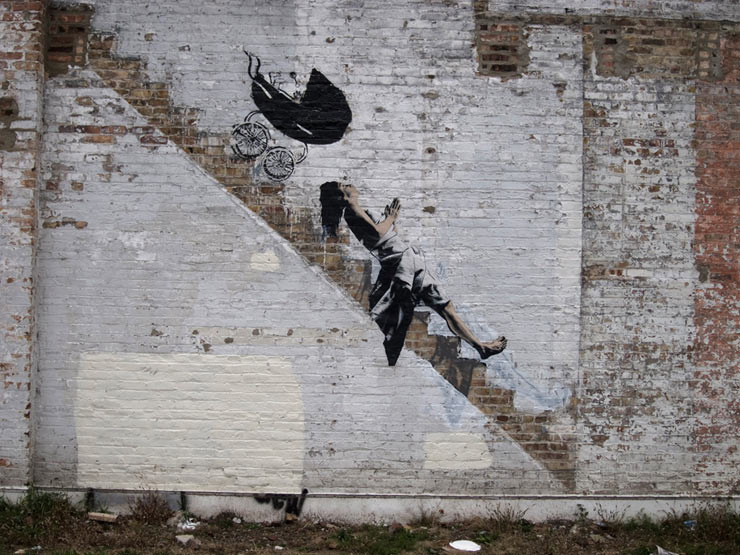 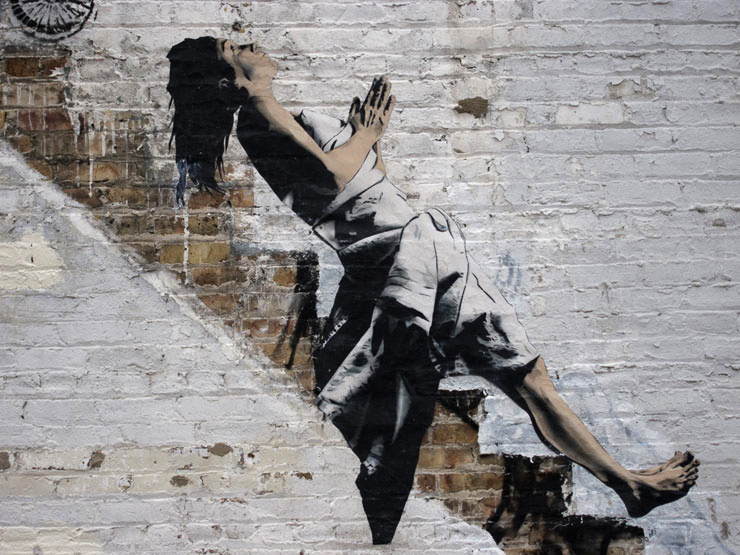 “In this colab I used the Banksy baby carriage to make a reference to the conservative agenda that attempts to control women’s reproductive systems”. Specter 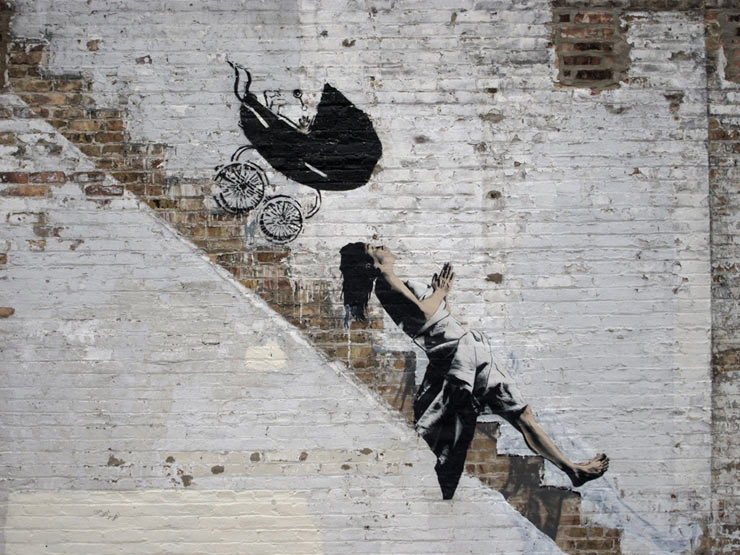 The Covidiot, Suspended Liberty, and Corona Isolation : Lapiz in Hamburg
Corona has killed off the street art festivals in many ways. These days we think that all street art is local, and the nature of the graffiti street scene is changed by it as well. Additionally with ...
Graffitea Cheste (Xest) Expands Definitions During 7th Edition in Spain
Street art continues to move to small towns and cities, expressing itself in various manners. The 7th edition of the Cheste Street Art Festival (Graffitea Cheste) is a perfect example of how disperse...
Escif: "The Fences Must Fall"; A Provocative Ljubljana Street Art Festival
We’ve had the privilege to travel to many cities and cultures over the last decade and a half, from Russian to Chinese to North African to Tahitian and Norwegian, to witness the affecting power of st...
Beneath The Streets, New York's Century Old Underground in Photos and Aerosol
New York’s train system carries an estimated five million per day, is a little over a hundred years old, and for most is limited to the ride. Urban explorers, graffiti writers, artists, photographers ...
Aïda Gómez Choreographs Live "Stop" and "Go" in Portugal
Aïda Gómez is using urban space as her stage and her laboratory with her recently directed public performance in Porto, Portugal. A matter of daily city life and self-governance, our reliance upon the...
Banksy Brooklyn Street Art Chicago ILL Jaime Rojo Specter Steven P. Harrington The Untouchables