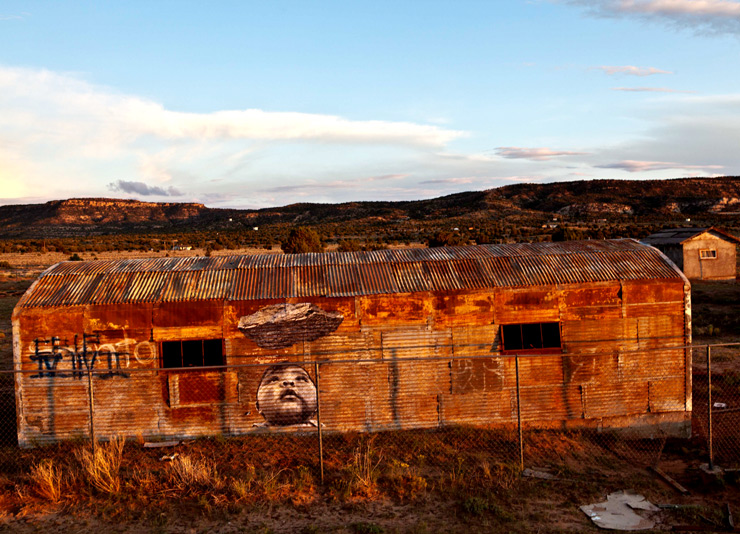 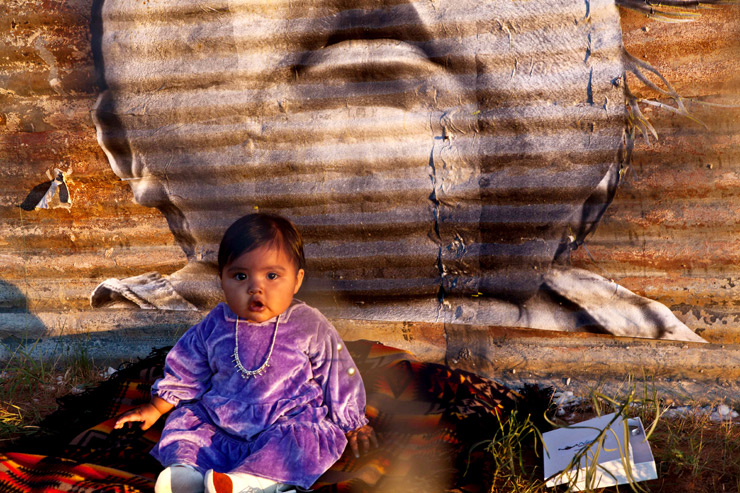 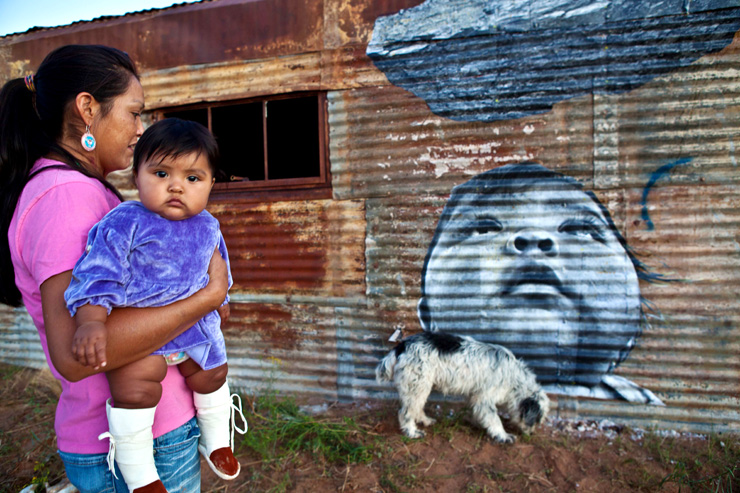 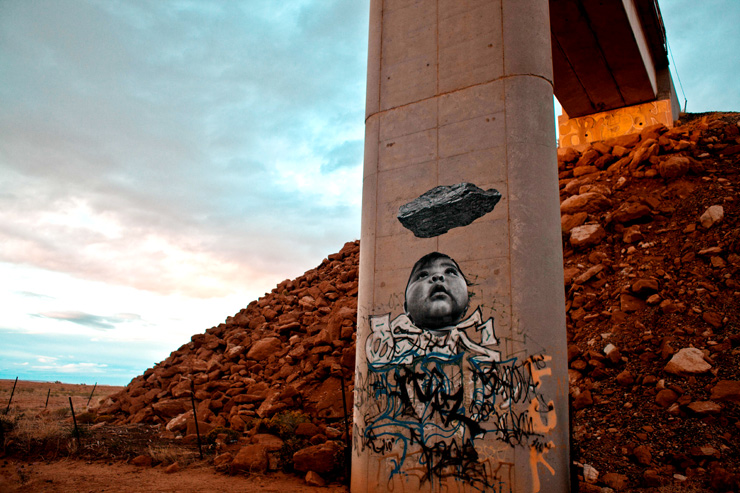 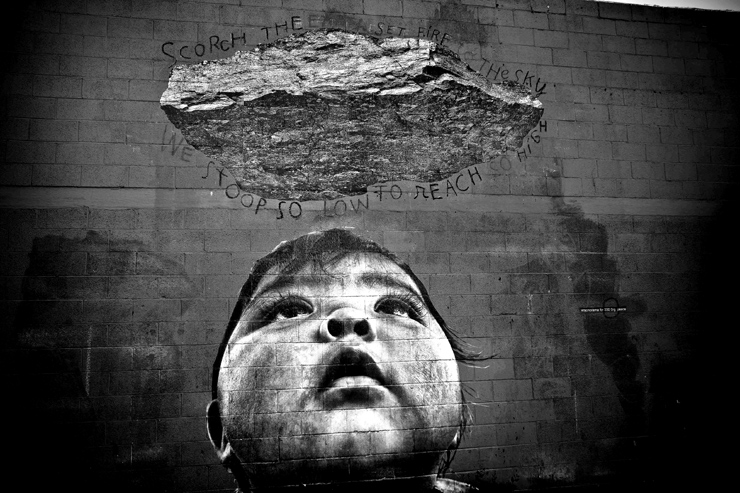 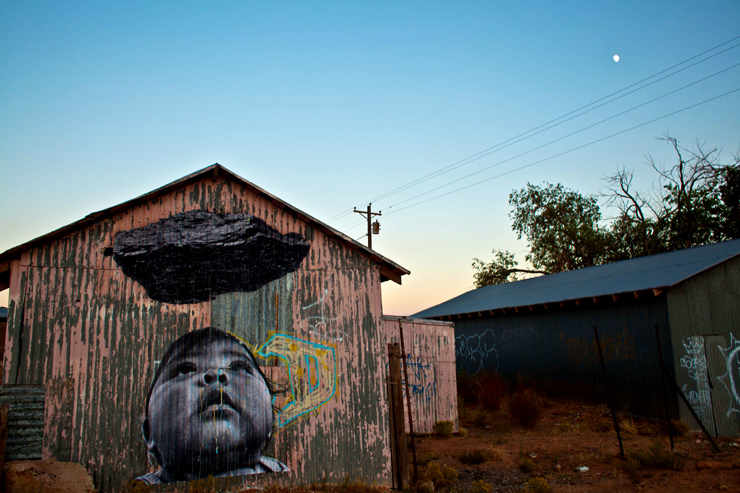 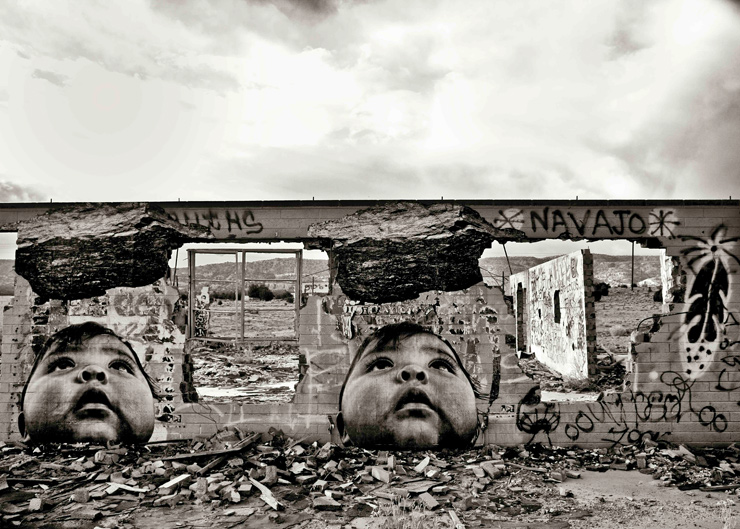 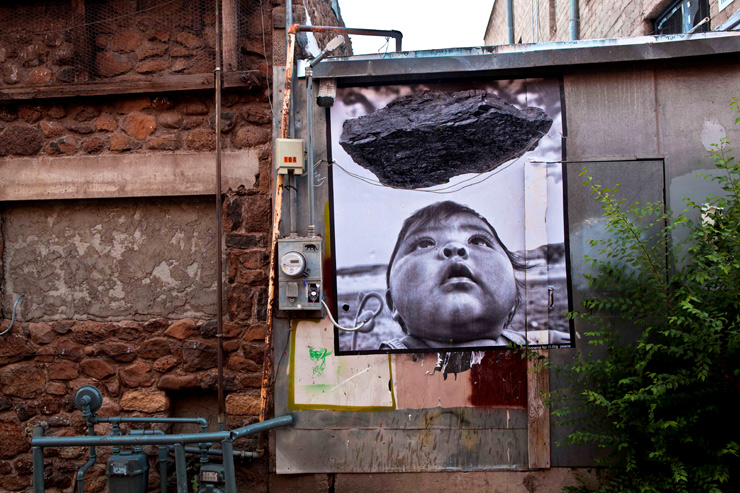 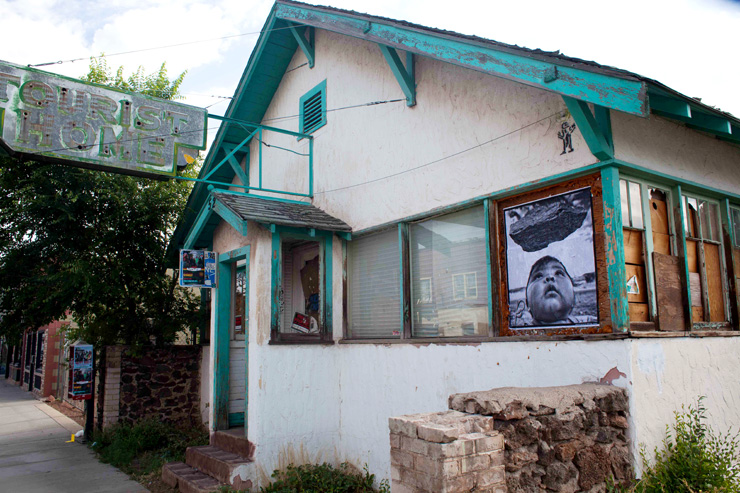 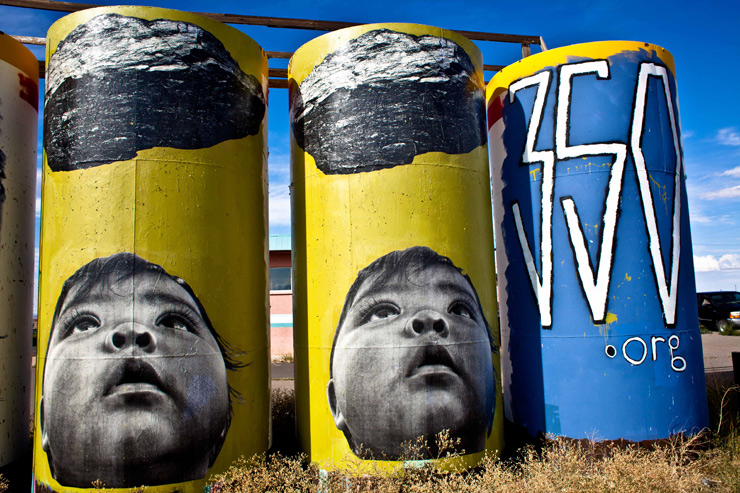 BSA Film Friday: 03.07.14
Our weekly focus on the moving image and art in the streets. And other oddities. Now screening : 1. Icy & Sot "Art Pollution" 2. Stikki Peaches and Fashionable Storm Troopers 3. Shift &amp...
Barlo and Andrea Casciu and "The Dance" : Housing, Squatters, Art
Barlo and Andrea Casciu did a summertime mural project in Bologna last week as a metaphorical commentary on machinations and struggles happening during the current housing crisis in Italy. It is an ...
Hygienic Dress League Blings a Boarded Building in Cleveland
hygienic dress league (HDL) recently gold-plated an entire boarded up and neglected building in the Collinwood section of Cleveland as part of their ongoing conceptual branding art project. In the pro...
Giulio Vesprini: "G O A L - Struttura G070"
If you are ever looking for an artist to paint your basketball court, Giulio Vesprini has that on lockdown. This is his seventh court project in recent years. Also, it would be helpful if your court ...
NEMO's, a Censored Penis, and Slicing The Human Condition in Brooklyn
Italian Street Artist NEMO’s made his first trip to New York last week and immediately gave one of his desperate men to the cityscape in Williamsburg. We should mention that the subject was obviously...
350.org Arizona Brooklyn Street Art Coal Coal Mine Jaime Rojo Jetsonorama Steven P. Harrington The Navajo Nation