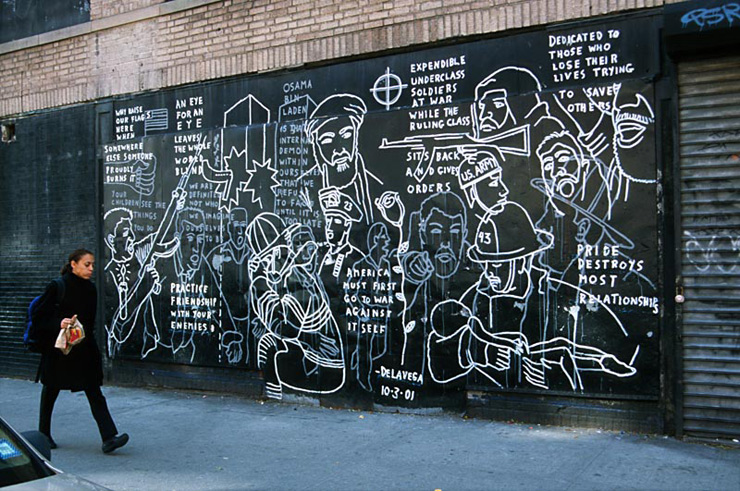 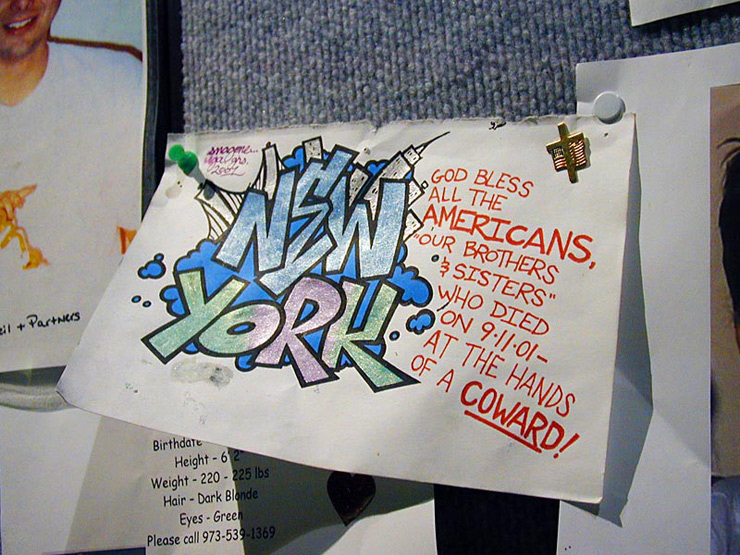 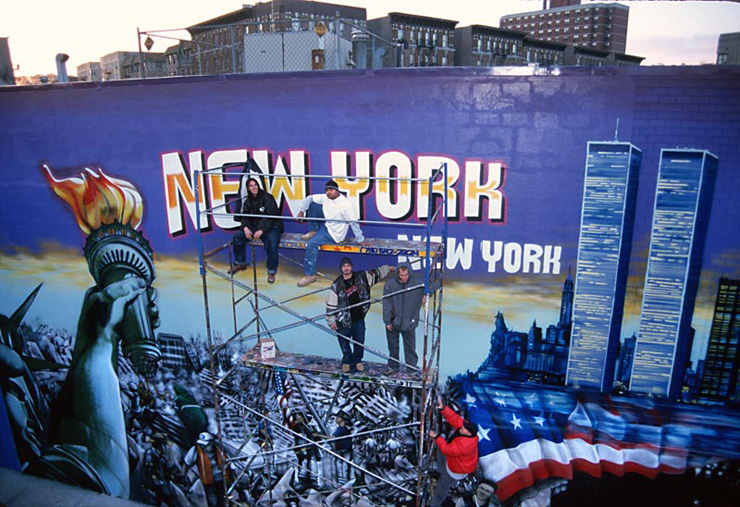 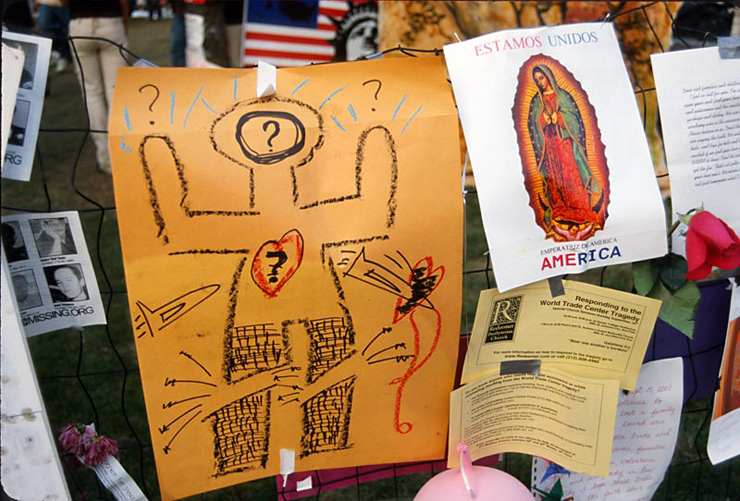 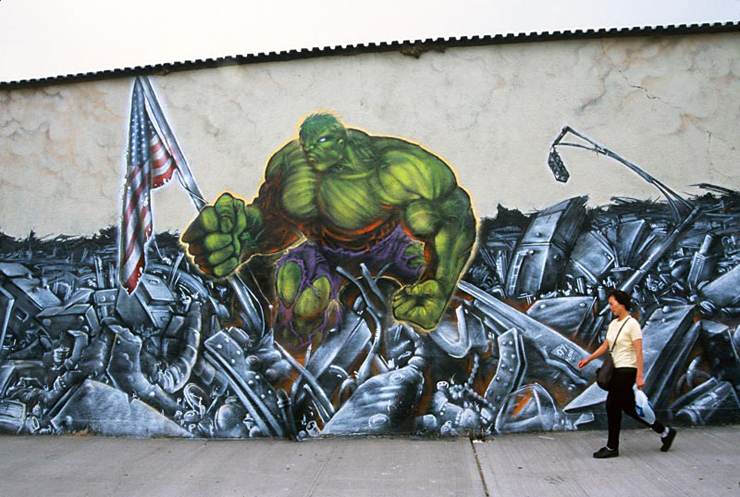 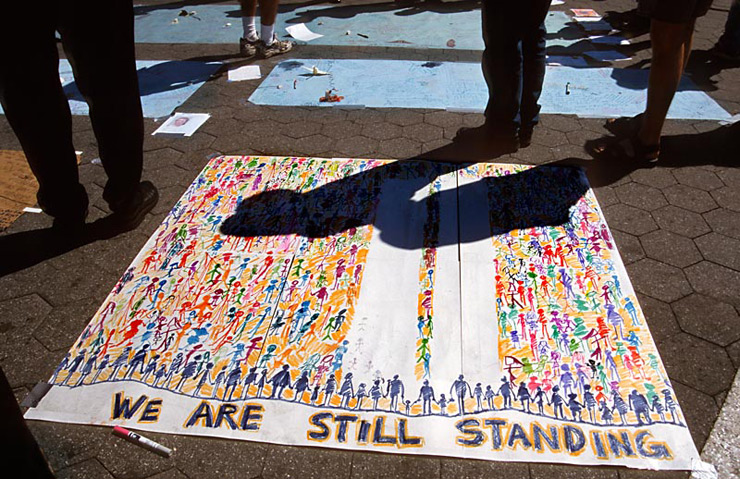 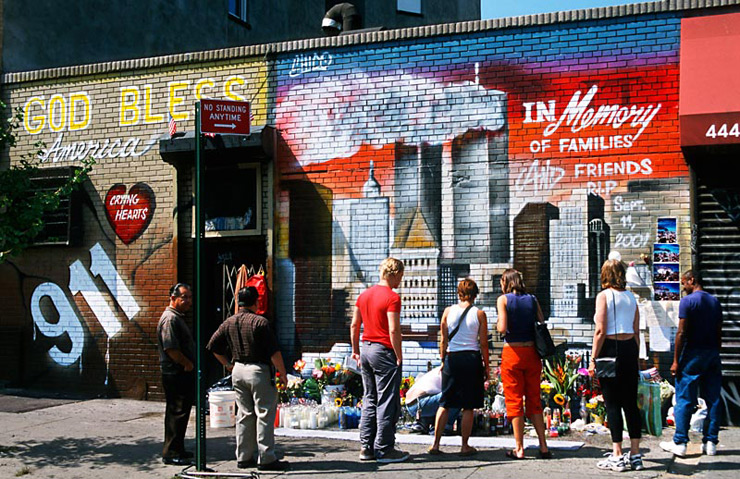 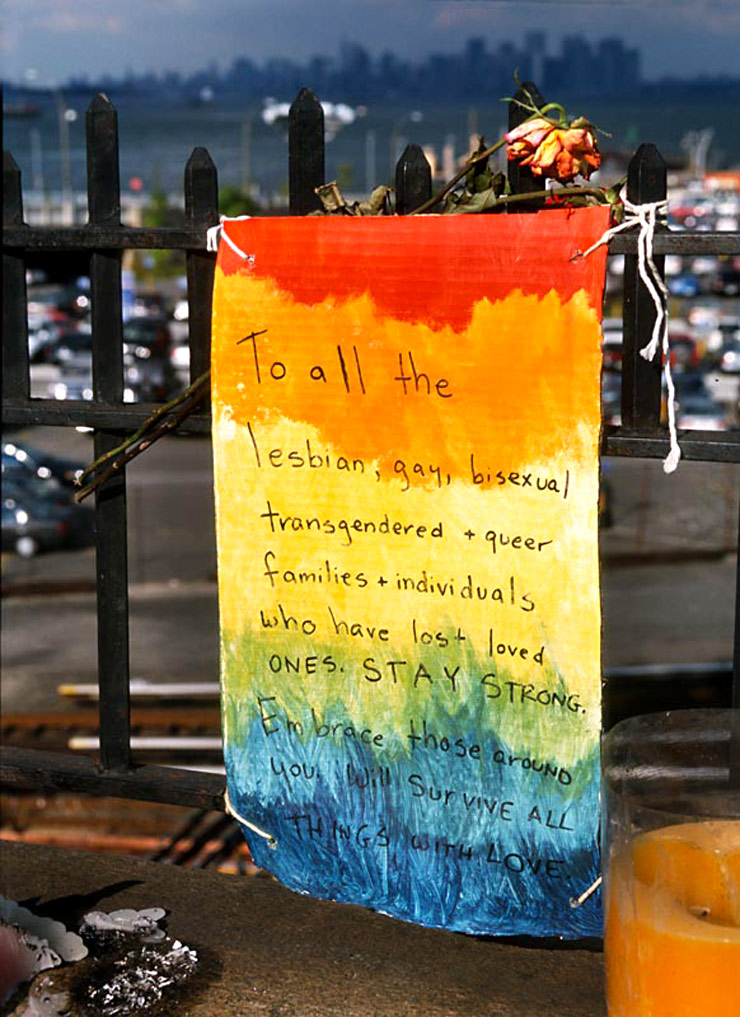 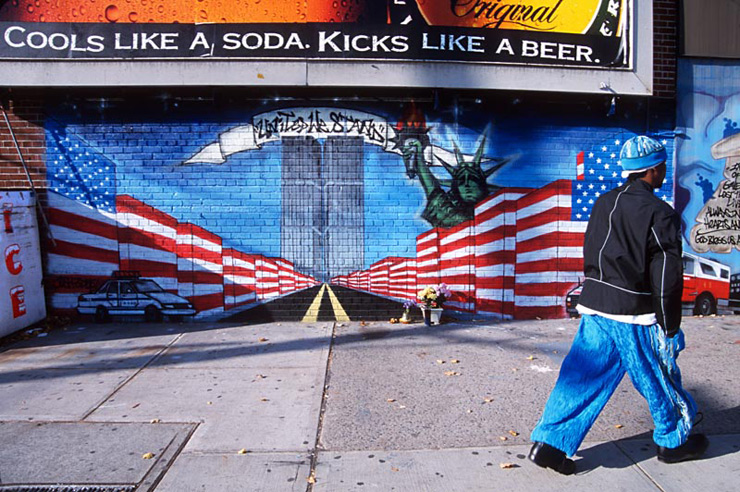 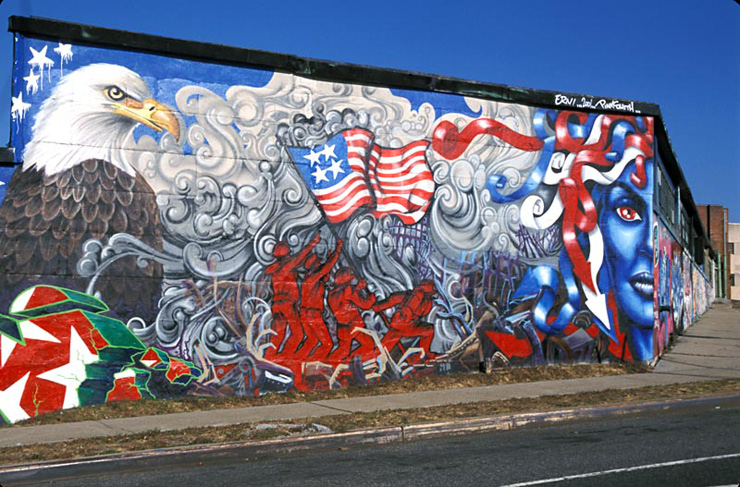 "Play With Art" is a Slam Dunk @ Monumenta Leipzig 2018
“I don’t know shit about art,” says the provocative Denis Leo Hegic as he tours you through the Monumenta show in the vast former metalwork-manufacturing factory of Pittlerwerkes here in Leipzig. Pa...
BSA Images Of The Week: 07.30.17
We really dig these new collaged political cartoons that are on the street as quickly as the weeks news – each depicting one of the many rich white men who are impacting our minds and our bank a...
Spider Tag Interacts at Night in Worcester, Massachusetts
Spanish Street Artist Spider Tag continues to expand his medium far beyond the first string and nail sculptures that we first began giving his art exposure about a decade ago. Now it’s electrified, in...
Berlin Diary. Day #2. JPS
JPS is crashing again here in Berlin – this time we found him on the steps of the Urban Nation museum with his miniature stencil works that are tragicomic. The UK street artist planted many of th...
BSA Film Friday: 04.15.22
Our weekly focus on the moving image and art in the streets. And other oddities. Now screening:1. Dyva & Haeck painting on the Molotow train.2. THIS IS INDECLINE: A Showreel3. Edoardo Tres...
9/11 9/11 Tenth Anniversary Brooklyn Brooklyn Street Art De La Vega Jaime Rojo Manhattan Martha Cooper NYC September 11 Steven P. Harrington Tats Cru