The More “Things Change”, the More They Stay the Same 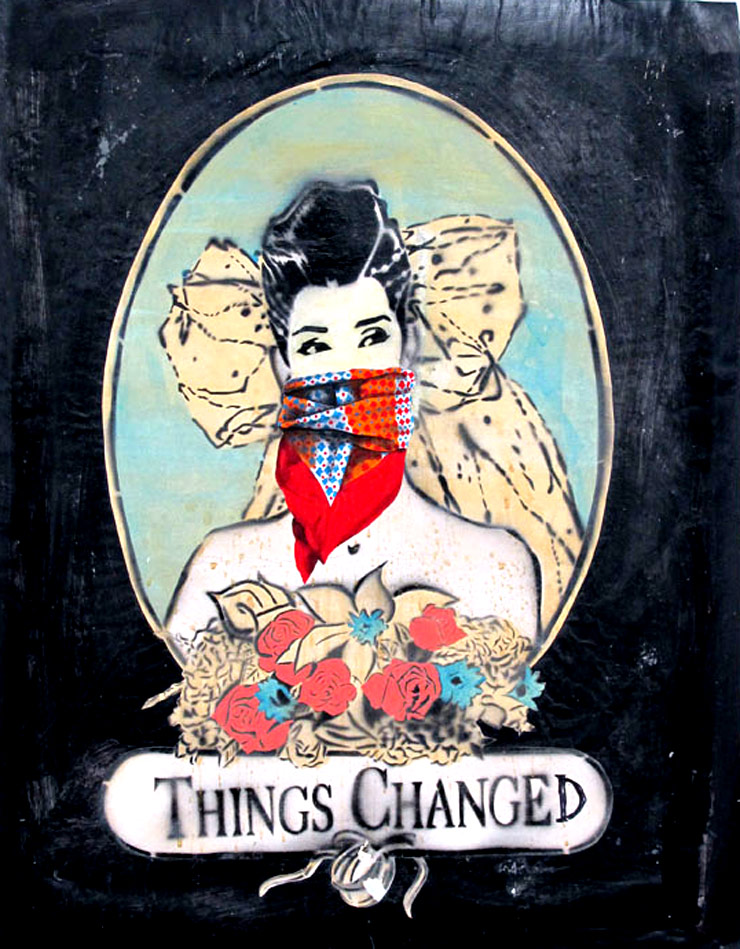 In these images special to BSA readers, these individual paeans to the unflinching rugged personality of Brooklyn streets capture a moment and a bit of  humanity as a rapidly downshifting economy gusts and blows through the streets, catching more people off guard as Towncars with tinted windows glide by. It’s hard to feel romantic about a fraying social net through which more people are falling, which is where the care of Specter’s hand rendered scenes, unpatronizing, clear eyed, and possibly sarcastic, take us again. 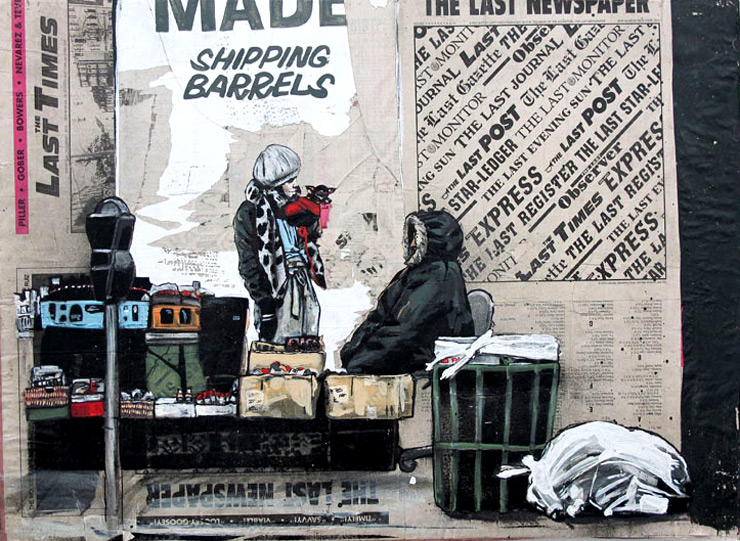 Similarly and with great determination, this Street Artist uses painting to capture and somehow give honor to the stickers and graffiti tags and stencils and commercial advertisements that appear on New York’s streets in some neighborhoods. Holding a mirror up, clearly with these paintings Specter appears to be glorifying graffiti and street art – a scathing charge leveled at certain museum exhibitions of late. 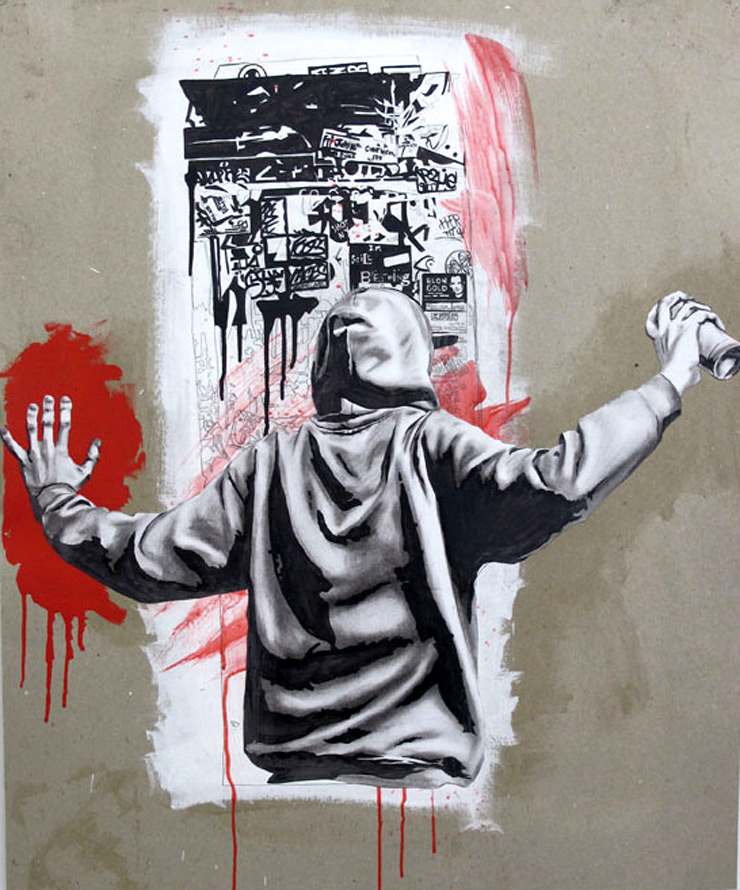 As in his work over the past few years this show Specter continues to draw attention to the gentrification that speeds unabated throughout many neighborhoods of New York today, as local character is buffed and expunged for vertical glass big-screen sanitized living. The commentary is not so much the lost vibrance and character of a city that doesn’t return, but a focus on the people who are pushed further and further, but to where? 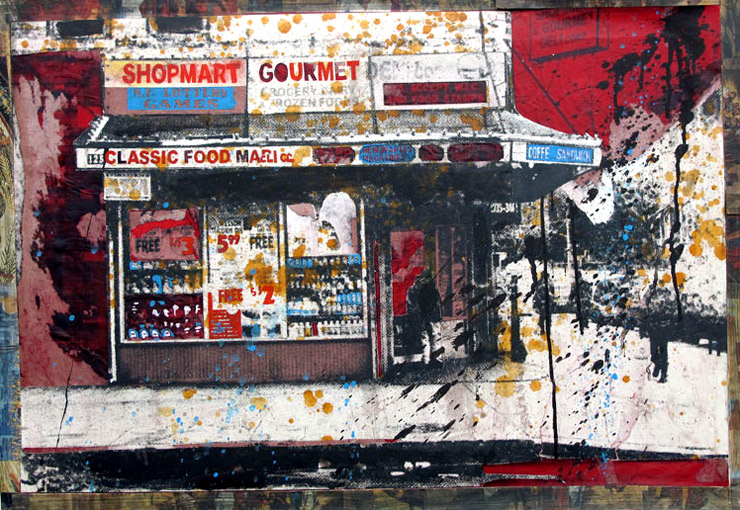 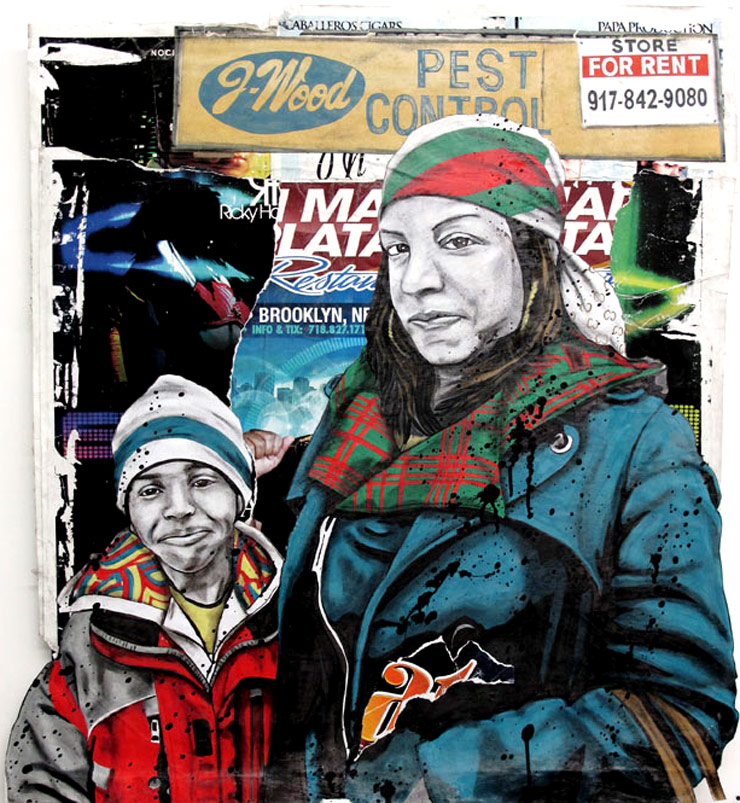 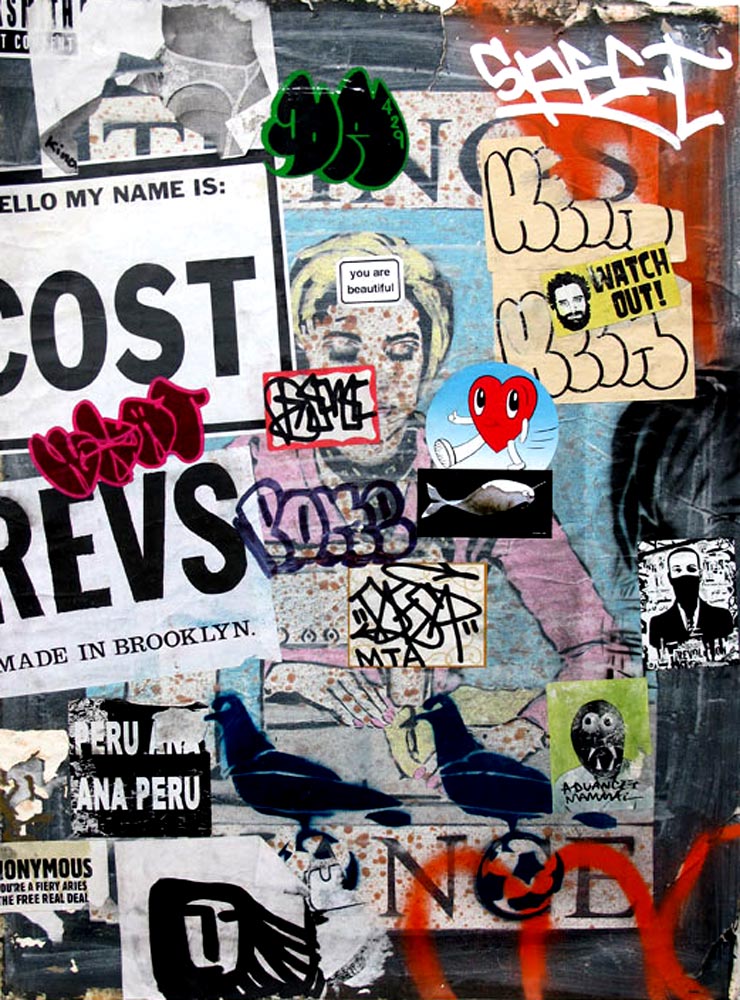 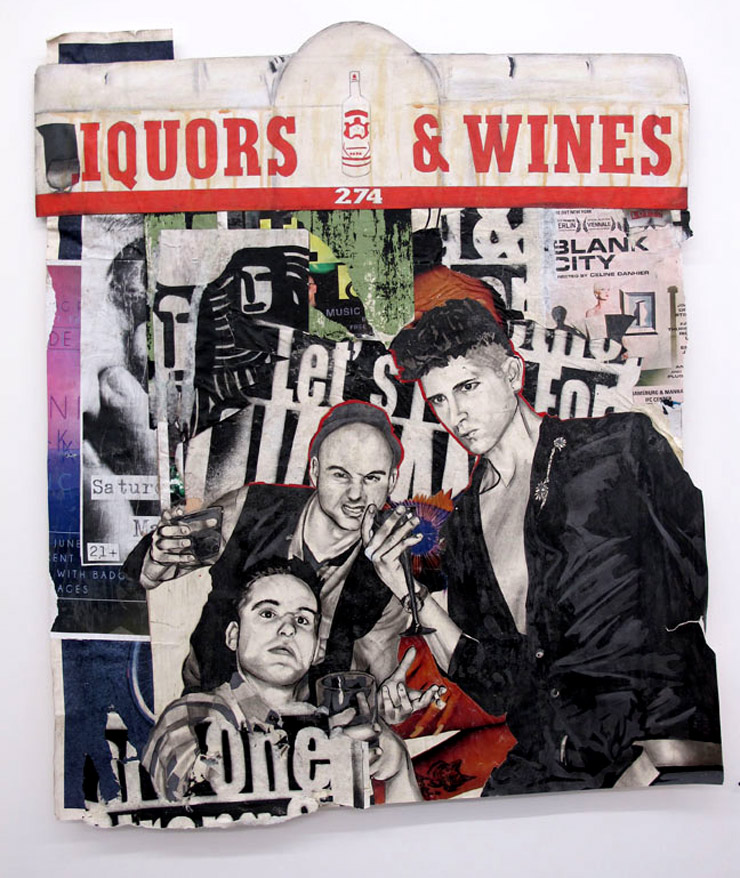 Images of the Week 06.12.11
Our weekly interview with the street, this week featuring 130, BAST, Dark Clouds, David Flores, Enzo & Nio, Mare 139, Skewville, Twenty, and Veng. Skewville and Bast did this new Brooklyn boom b...
Michael Beerens: Stop Slavery
Modern slavery takes many forms, and is known by many names: slavery, forced labor or human trafficking. A star of yesterday's BSA Film Friday, here is French Street Artist Michael Beerens sharing pi...
BSA Film Friday: 05.29.15
Our weekly focus on the moving image and art in the streets. And other oddities. Now screening : 1. Kiwie and Zabou in Cyprus 2. Pol Corona in Vicente Lopez (Buenos Aires) 3. Clemens Behr at...
BSA Images Of The Week: 09.11.16
It's the 15th Anniversary of 9/11 in New York. It will be a quiet day for us. We hope. So, here’s our weekly interview with the street, this week featuring Bast, Elian, EQC, Hama Woods, MCA, M...
Earth Day 2019
Rachel Carson died on this day in 1964 – her life awakening man/womankind’s environmental conscience. Today on Earth Day we remember that corporations hire PR firms to tell us misinformation abou...
Brooklyn Street Art France Jaime Rojo Paris Since-Upian Gallery Specter Steven P. Harrington