Seen from the perch of the Highline, surrounded by a carefully curated urban wilderbush and postmodern biosculpture, the boisterous cacophony of the honking screeching streets below fades into a minimalist Phillip Glass plain, peppered with sharpened and sweet Sufjan Stevens sonnets and Nina Simone longings.  Sometimes NYC is best viewed and enjoyed from its high points. Most of the city is up here anyway. 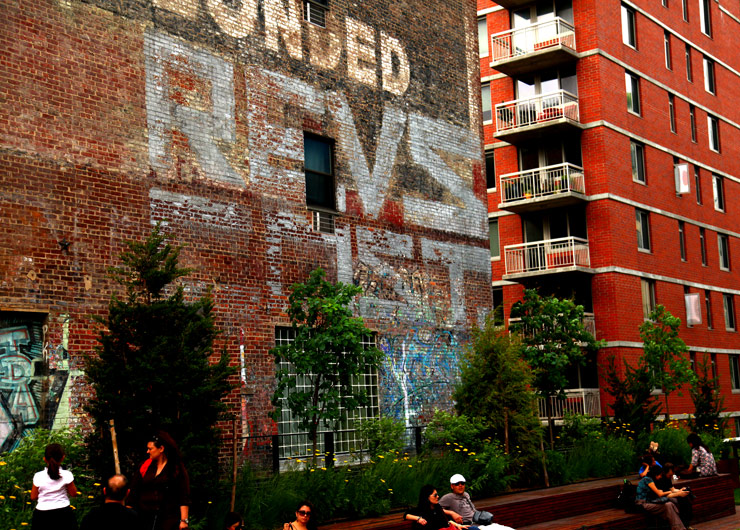 Revs and Cost. This tag by these legendary duo echoes despite power washing (photo © Jaime Rojo)

Summer streets are a swirling gritty brew of culture and commerce, happenings and happenstance. To have the opportunity to go to heaven without leaving earth or NYC for that matter is what a well designed public space like the Highline is successful at.  Of course it took years of fostering, finagling, financing.  A melding of vision and vitriol, the outcome has been an astounding urban oasis. Opened in June of 2009 it has been an instant success, attracting thousands daily. 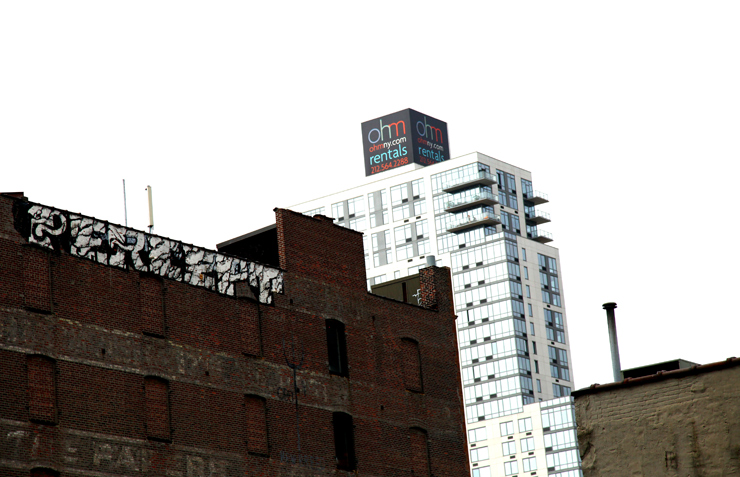 A once abandoned carcass winding through this lower west side swath of Manhattan, the reclaimed former elevated freight railroad once connected factories and warehouses. Unused for nearly 30 years except by youthful graffiti artists and couples in love, it has debuted as on open pedestrian thoroughfare, a private and public place for citizenry, born from the vision of people and planners. As the second section opened last week the talents of so many are on display : architects, landscape designers, furniture designers, lighting designers and engineers all continue to work on its development (a 3rd phase is in the works) exhausting the limits of their talents and imagination to make this urban gem; a work of art in a city famous for being a difficult place to make things happen. 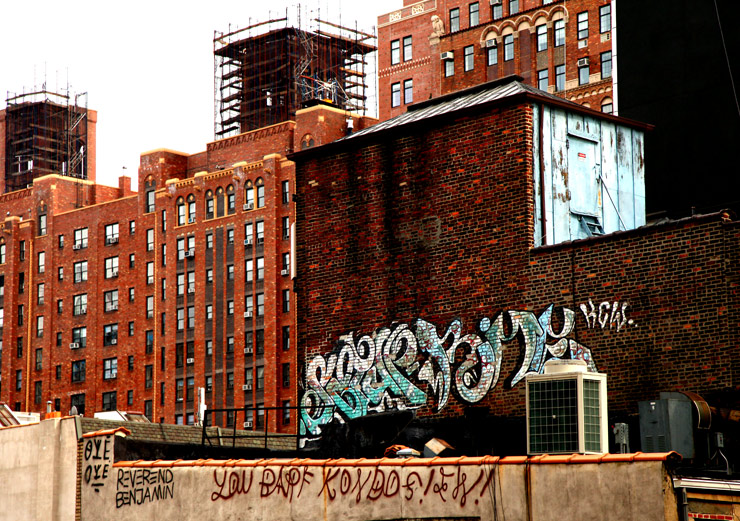 Here is a taste of the visual experience on the new section and some of the neighborhood it rises above and amidst; Blending the architecture with a bit of archeology, you can see old graffiti that was on the walls of the buildings next to it. It ads relevance, and interestingly, a sense of history, complimented by new commissioned public art installed along the park’s pathways and today’s Street Art below. Despite efforts to pressure wash some of these burners and rollers, one can still appreciate the outlines of the tags and the remnants of the paint on the brick walls; strains of an eroded and beautiful decay rising from the orchestra. 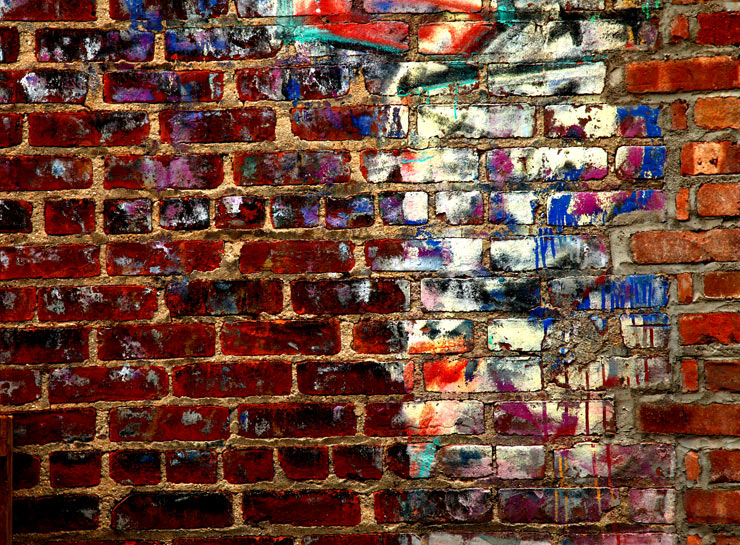 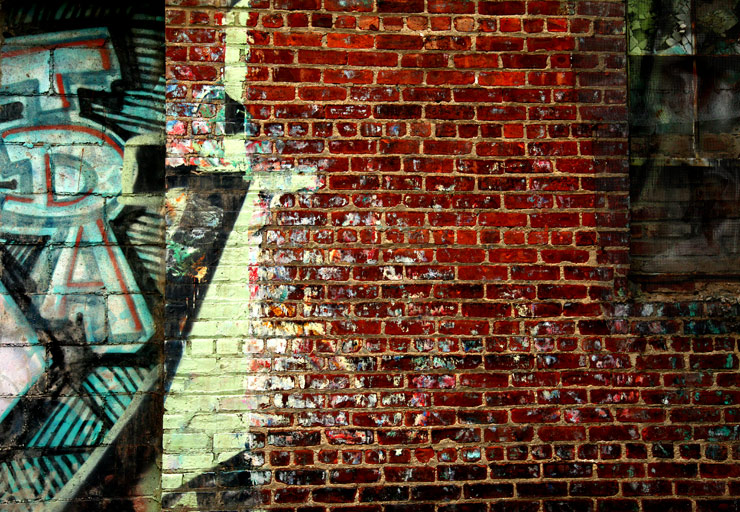 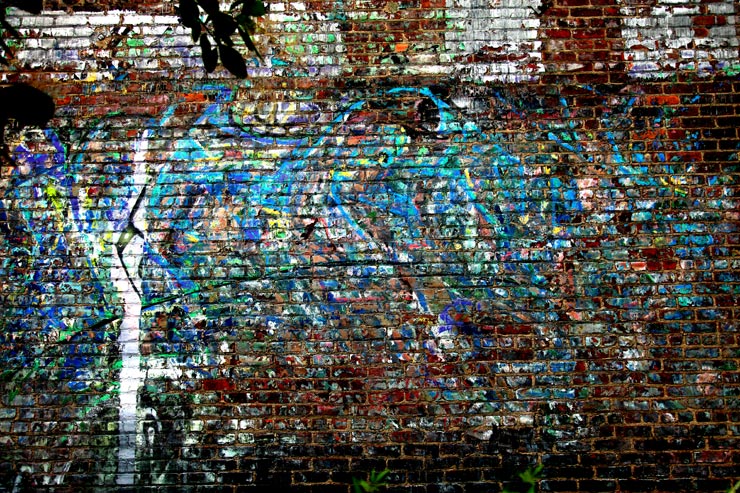 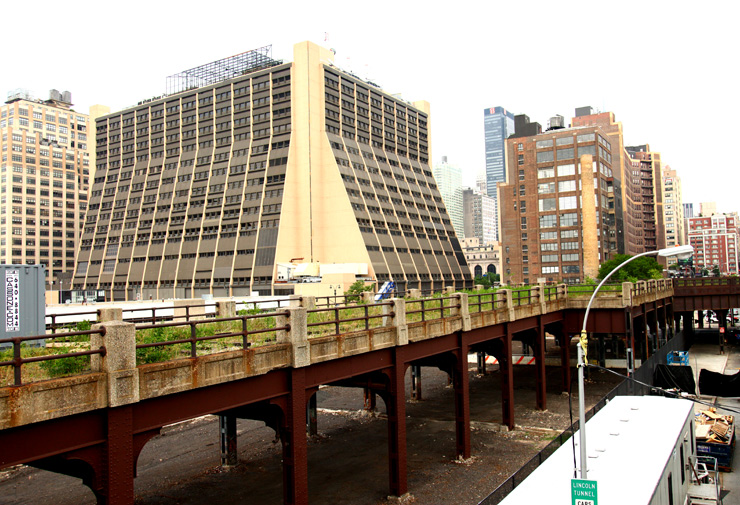 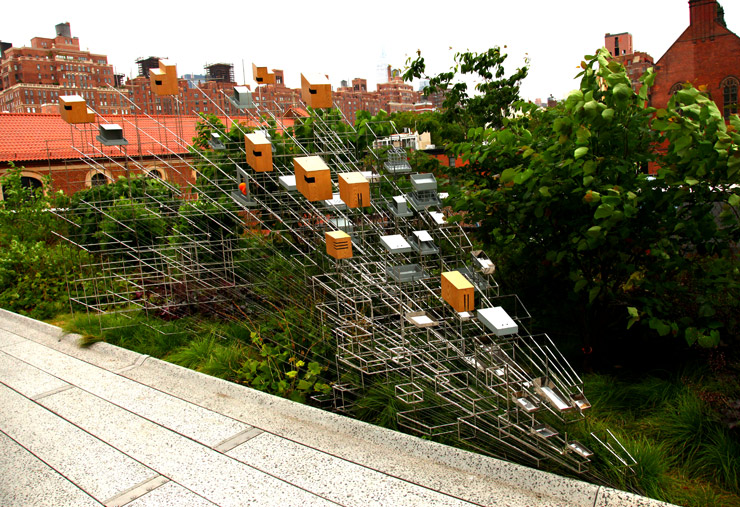 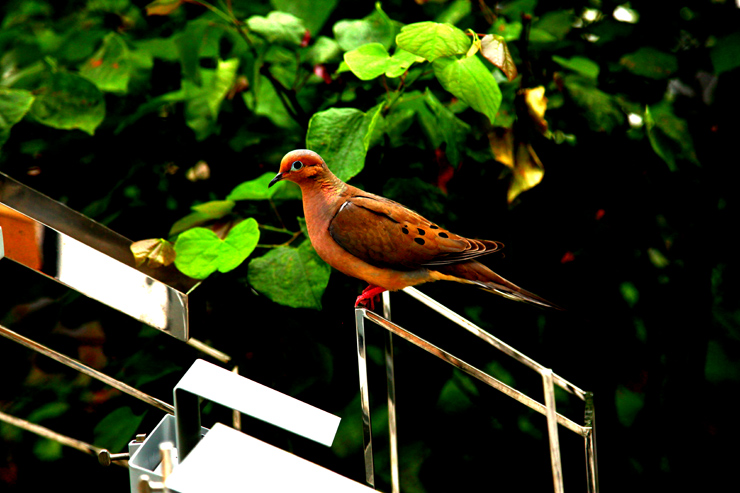 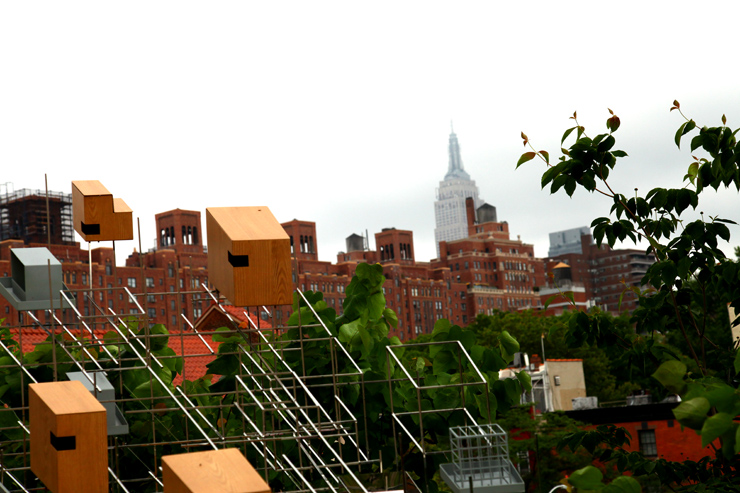 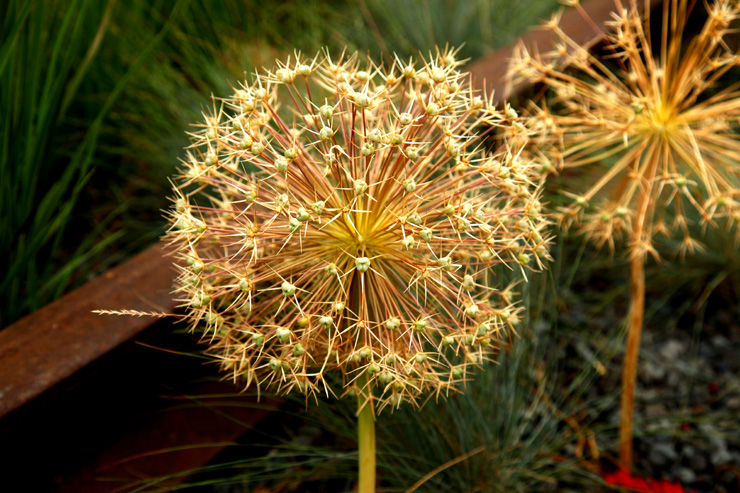 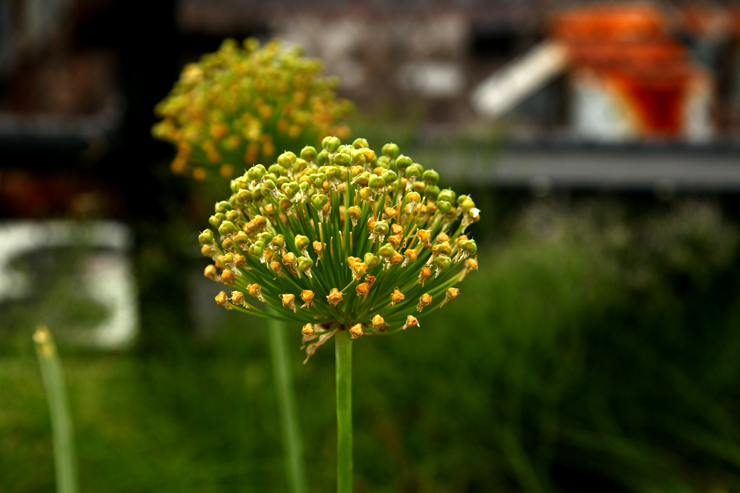 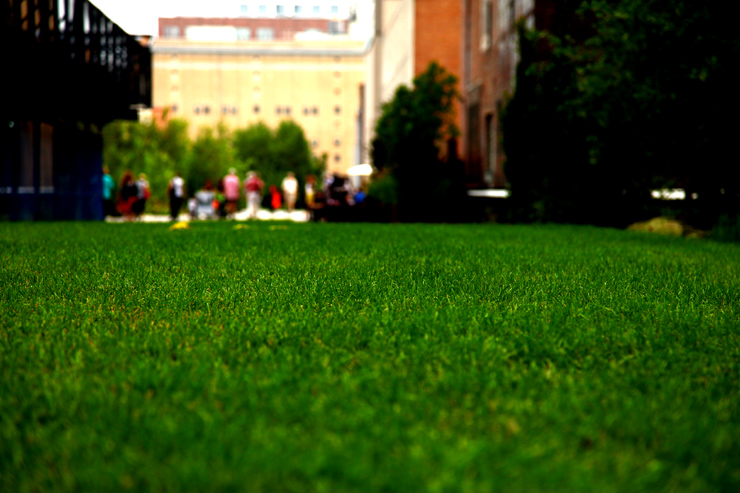 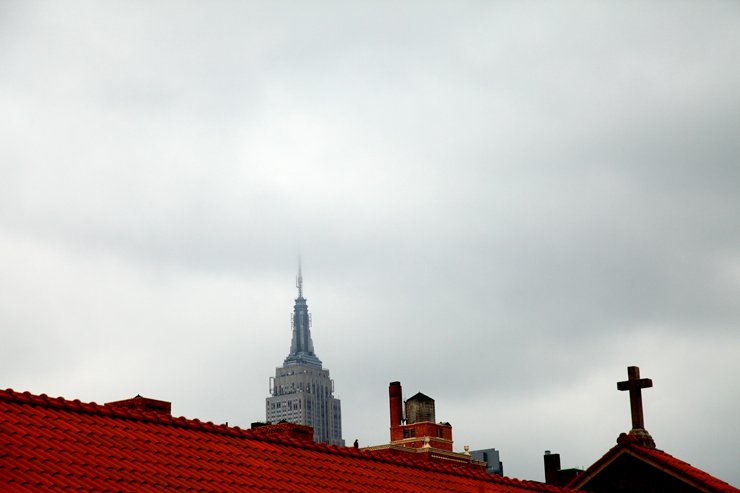 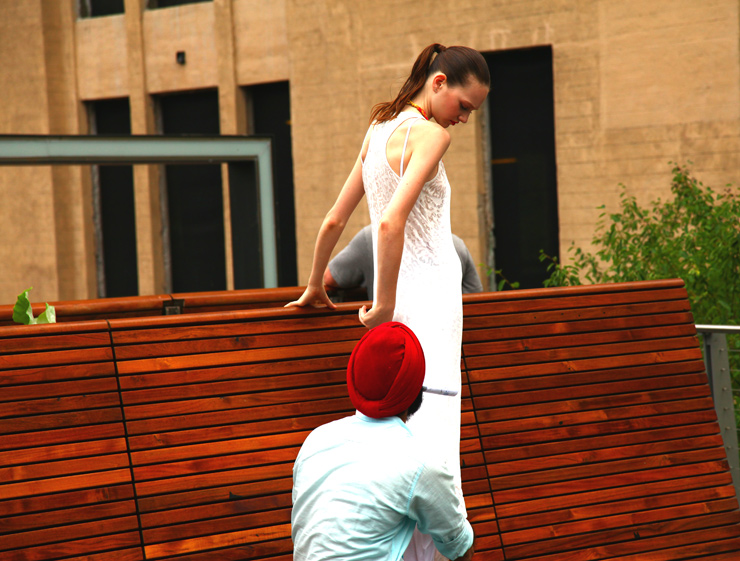 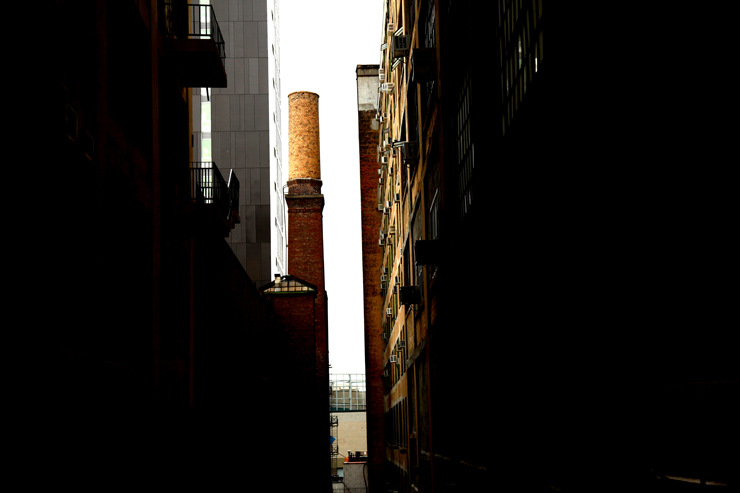 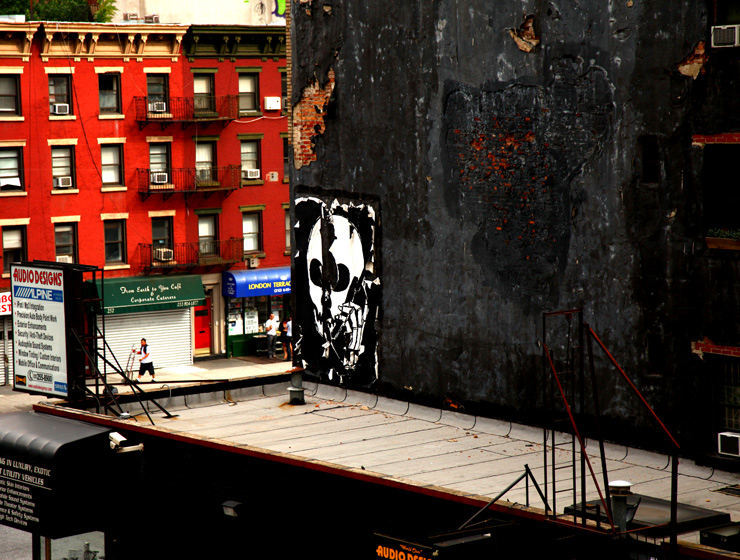 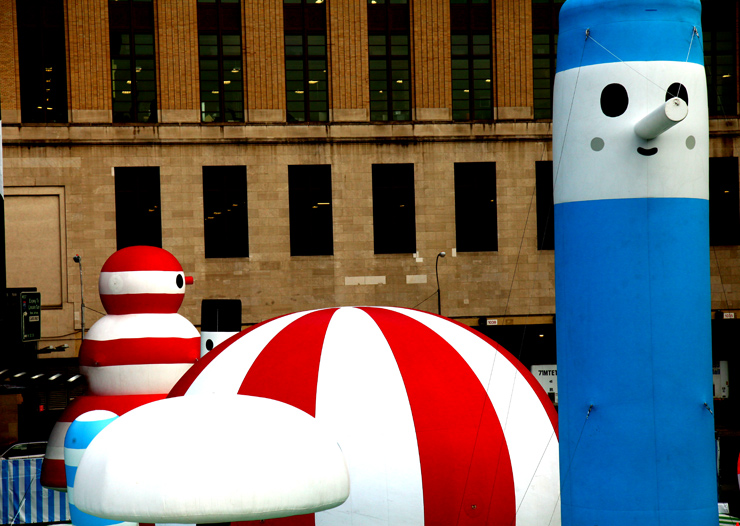 The Park has been successful for business below with some new impresarios bringing amusements for children and adults (next to these balloons there is the beer garden). (photo © Jaime Rojo) 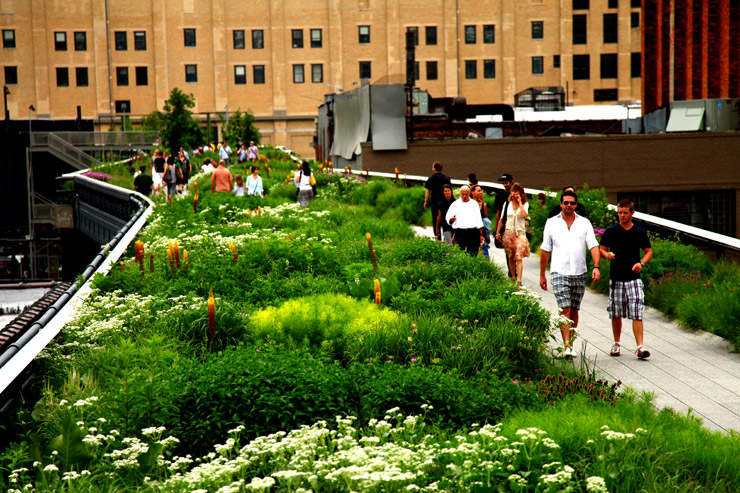 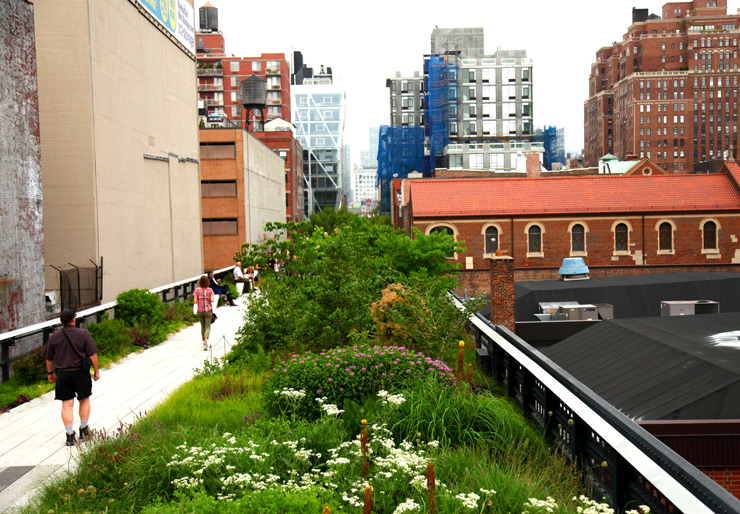 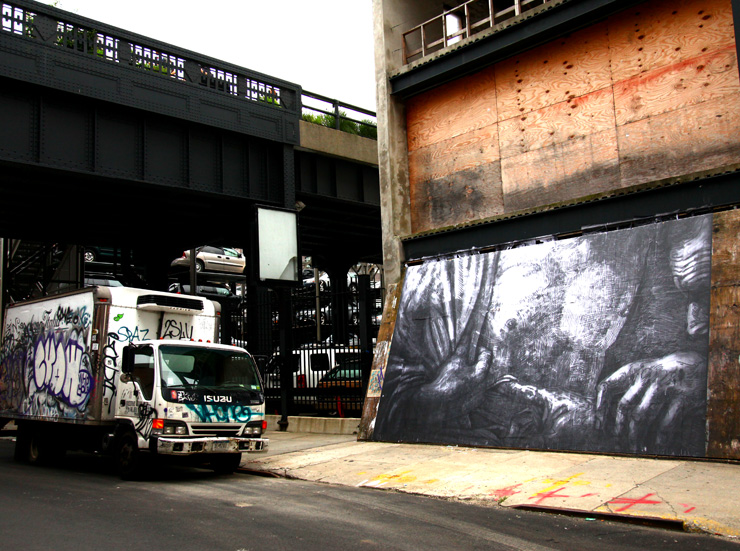 Gaia installed this piece right below the park on the 20th St. entrance (photo © Jaime Rojo) 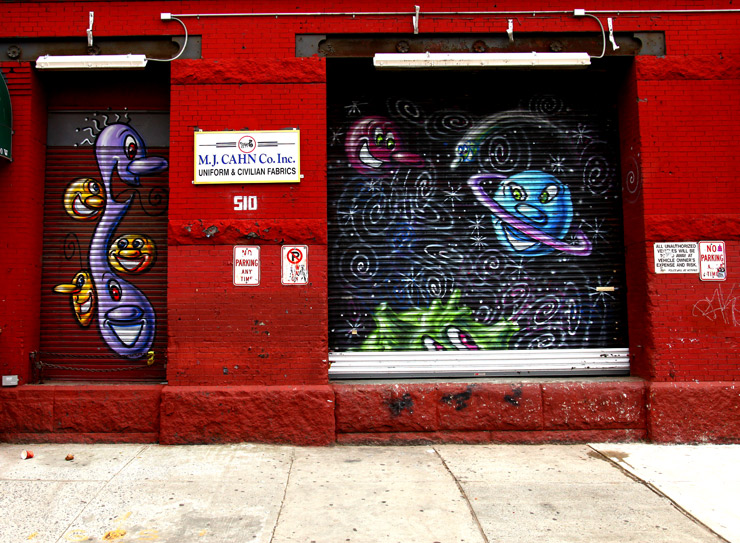 For information about The High Line Park click on the link beow:

Images of Week 06.14.09
Black Heart in the Sun (Bishop 203)  (photo Steven P. Harrington) Yo, check out the color! (JMR) (photo Jaime Rojo) Department of Parks Pool Rules: No. 4: Please check ...
ESCIF, BLU, SAM3, More Join "SenseMurs" as Activists Protecting "La Punta"
AYÚDANOS A DEFENDER LA HUERTA Y PARAR LA ZAL - Help Us to Defend the Garden and Stop the ZAL. Street Artists in Valencia, Spain are using their work to reclaim land for a people's agenda. ...
INO: Breaking Barriers in Greece.
Greek muralist INO just knocked out this huge wall in Athens and the results are smashing. With a theme of "Breaking Barriers of Equality", he says, "I created a little girl with a huge hammer; symb...
Images Of The Week: 06.08.14
Dude and Dudette it's not even officially summer (June 21) but New York streets are off in the deep end of the public pool with all these new backflips and cannonballs and arched dive art in t...
"Beyond The Streets" Comes To Brooklyn in June
Gastman’s Massive Graffiti and Street Art Show Arrives at Epicenter. "I'm really excited to bring this show to New York,” says curator, graffiti historian and urban anthropologist Roger Gastman, “...
Brooklyn Street Art Ceptr Cost Gaia Jaime Rojo Kenny Scharf Manhattan NYC REVS Sarah Sze Skullphone Spazmat Steven P. Harrington The High Line Park