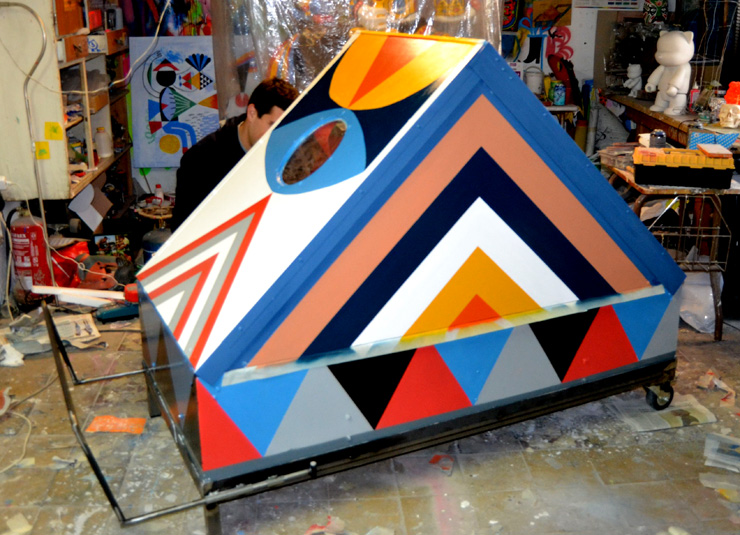 BSA Images Of The Week: 03.28.21
Welcome to BSA Images of the Week as we head into Passover and Easter. If street art reflects society, and we know that it does, Governor Cuomo is in hot water and may not keep his job. But then,...
56 Years in the Game, ZLOTY Goes Big in Paris
Ernest Pignon-Ernest, Jacques Villegle, Blek le Rat, Miss Tic, Jef Aerosol. Each of these important French Street Artists can rightly claim their mantel in the history of this movement. The one who i...
DEITCH Masters, Coney Art Walls Part 2 : Coney With a Twist
Just because you are a spectator in Coney Island Shepard Fairey doesn’t want you to be a spectator at civic responsibility. His newly wheat-pasted Coney Art Wall is fashioned as a graphically designed...
NOHJCOLEY "Back Talk" Conversation
To introduce readers to some of the Street Artists in the upcoming show "Street Art Saved My Life: 39 New York Stories", BSA asked a number of the artists to take part in "Back Tal...
JACE in Grigny, France Brings the "Gouzou"
“Gouzou” are on the loose in Grigny, thanks to their creator, French graffiti writer and muralist JACE. JACE. Wall Street Art Festival 2019. Grigny, France. (photo © Galerie MathGoth) A childr...
3TTman Brooklyn Street Art Children of Don Quixote Jaime Rojo Konbit Shelters Madrid Médecins du monde (MDM) Spain Steven P. Harrington The N-spired Story