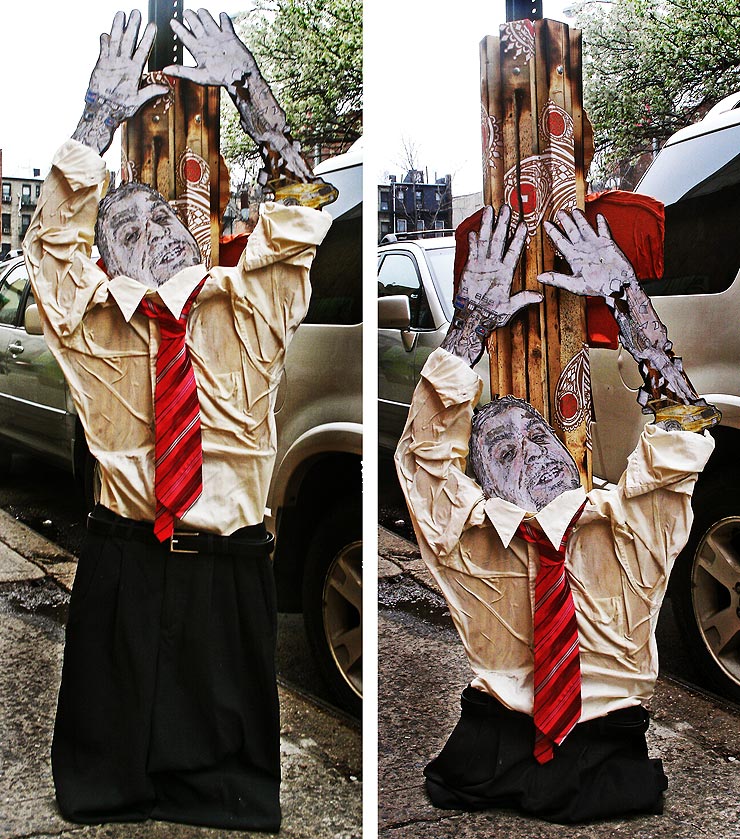 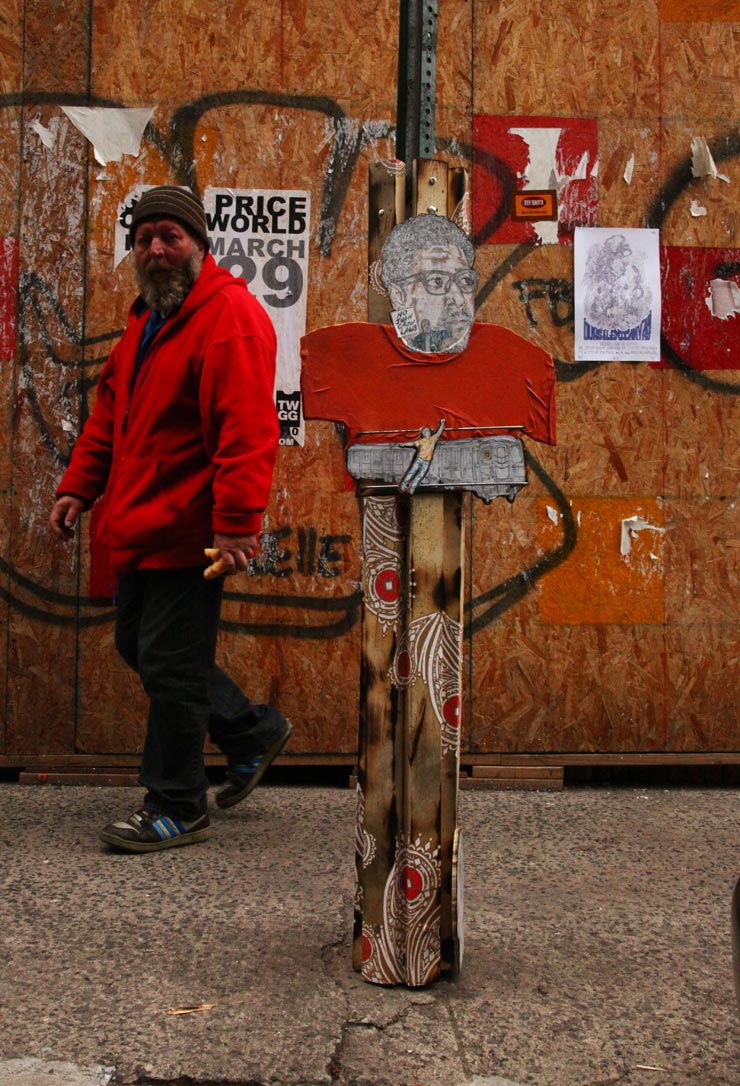 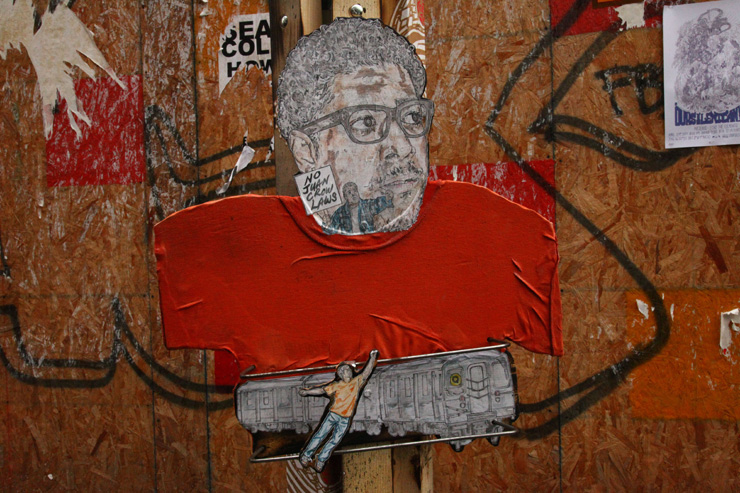 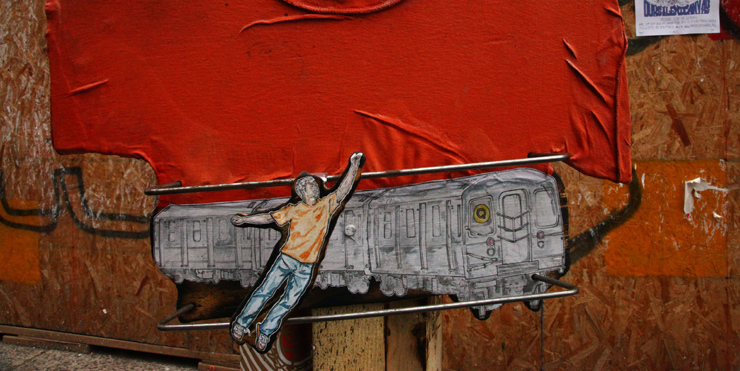 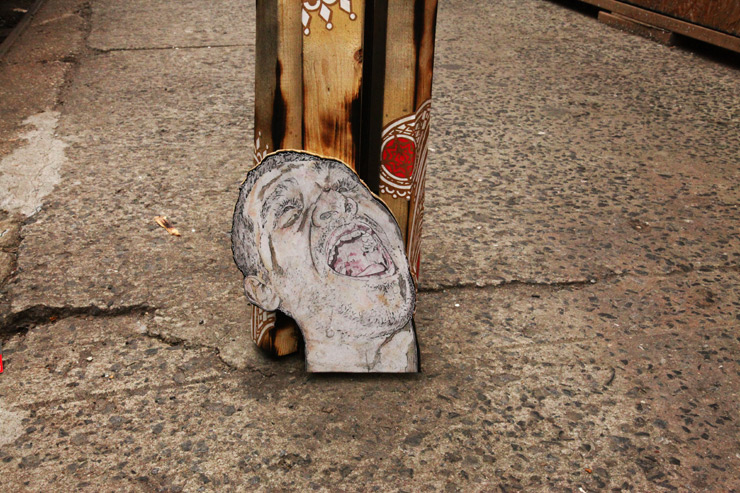 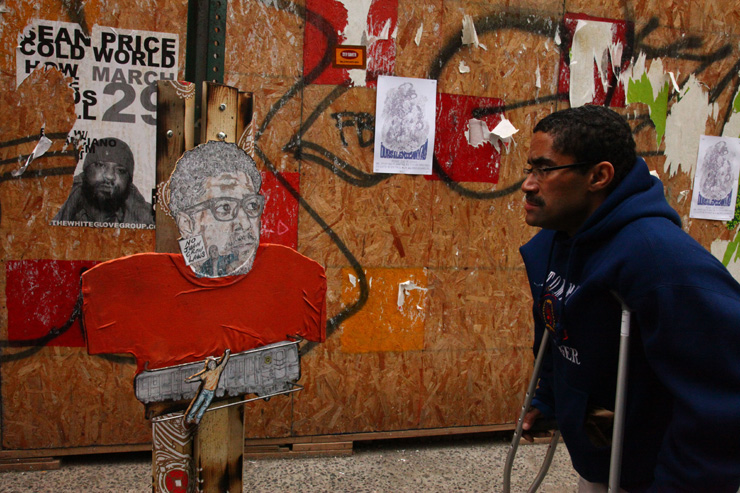 Dispatch From Isolation # 10 : Keep It Positive, Let Go of Fear
Welcome to Wednesday, March 32nd. Just kidding! April Fools! Truthfully, when you are stuck inside quarantined every day is Blursday. Also all of the leaders at the top seem like fools ev...
Nuart Update: Swoon in Stavanger
Brooklyn street artist Swoon and her loyal talented team are laying the plans - and laying out the pieces, the paint, the paper, the placement. It all takes time, and she's certainly got a great sp...
Los Asbestos: "Let Me Unsee" in Belfast
I see you, Asbestos. The war on our minds continues apace, advertising and propaganda selling shampoo and wars and sowing confusion at such a rate that increasingly, we are willingly forgoing crit...
Pener: Identity And History
The genesis of Pener's new wall in Olsztyn, Poland goes back a year ago. He and Krzysztof Dąbkowski, who is the director of the Municipal Public Library of Olsztyn, agreed on the idea that the projec...
Largest Piece by BustArt in Tegel, Berlin for Urban Nation
Massive and bright and staring at the summer sky, the new mural in the Tegel area of Berlin is quintessential BustArt. Two decades after starting his mark-making as a Swiss graffiti writer, his style...
America Brooklyn Street Art BrooklynStreetArt.com financial crash Interactive Jaime Rojo Lower East Side Mental illness new york NohJ Coley NohJColey Sculpture Steven P. Harrington Street Art suicidal tendencies Suicide Twin Towers