Belgian-born Street Artist ROA is back in The US, this time on the West Coast. On the occasion of his debut solo show in Los Angeles presented by the indefatigable Andrew Hosner (of ThinkSpace) at the pop-up “New Puppy”, ROA has brought a modest zoo’s worth of wild friends.

Here are exclusive set-up pictures of ROA’s prep for the show. 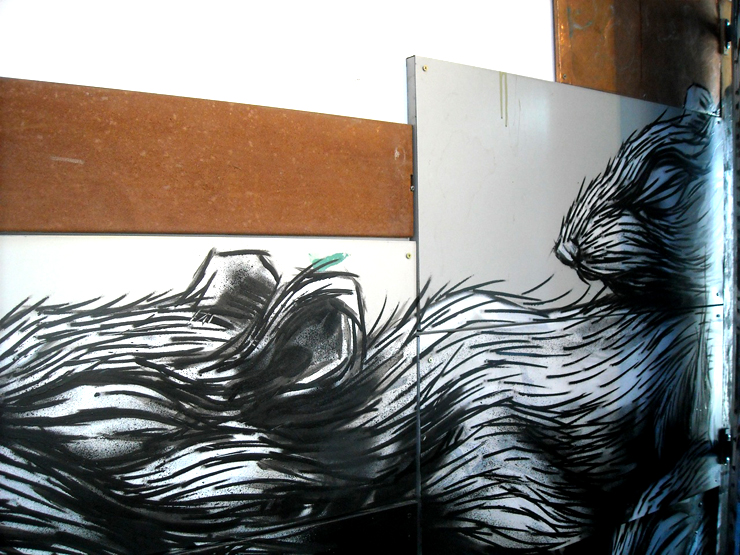 When he works on the street ROA paints large, sometimes even monumental portraits of birds of all kinds, rodents, squirrels, hogs, skunks and myriad animals that are often not in the graces of their fellow earth inhabitants: The Humans. All cans, this dude keeps true to his graff roots even as he perfects a style that lands him in the street art catalog. 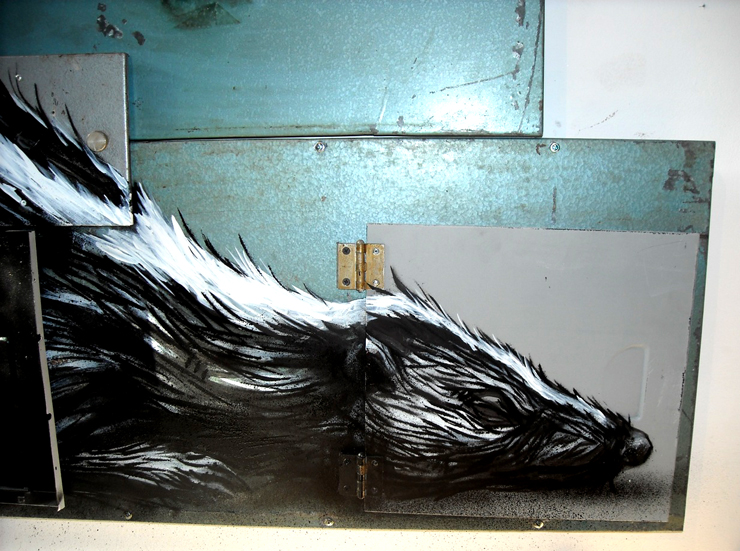 To the artist, these animals are survivors. “I think it is fascinating that certain animals really did not die out because of humanity but instead they use humanity to survive. I think it is interesting to see birds making nests in old buildings,” says ROA. 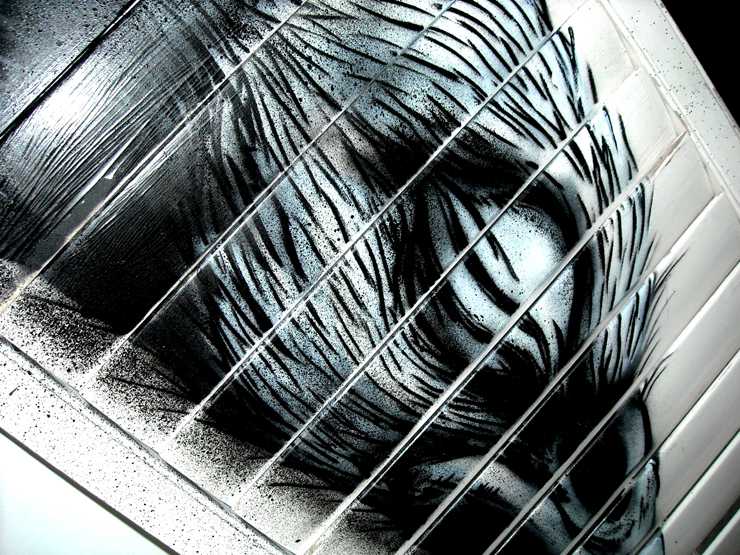 As he told us on an interview when he was in Brooklyn for his solo show at Factory Fresh this year in May, difficult surfaces are an inspiration.  “I like when a wall, or an area, or a building tells a little bit of a story. It is sometimes really boring to paint on a wall that is just one color. It is always better to start from something that is interesting,” he explains. He likes to create “lenticulars”, rigid surfaces, geometrically organized, that play with perception and angles to bring a level of wit and discovery. Mostly monochromatic, his palette adds occasional vivid reds and blues to highlight the inner working of subjects. 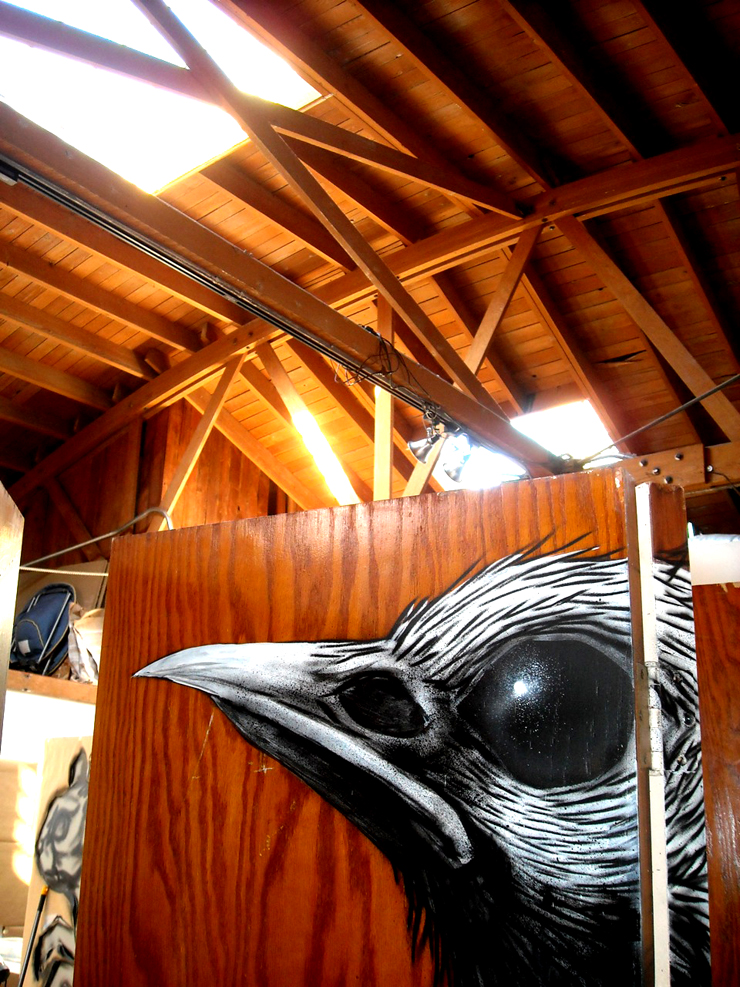 To experience ROA’s art, first hand, please visit the gallery if you are on the West Coast or go to the gallery site to see his new work. ROA’s show is currently on view at the pop-up shop space “New Puppy Gallery” located just outside downtown Los Angeles at 2808 Elm Street (at Cypress Ave).

If you are interested on reading more about ROA please click on the links below for our two part interview with him:

Artmossphere Dispatch 4 : The Opening
This week BSA is in Moscow with you and Urban Nation for Artmossphere 2016, the 2nd Street Art Biennale, a group exposition introducing 26 Russian and 42 foreign artists who were shaped by street ar...
BSA Images Of The Week: 01.12.20
It's hard to even comment on this bellicose war-loving president and his military industry profiteers all ginning up a war against Iran - except to say, "Fool me once...". Wait, how does that go...
Broken Fingaz and the Dance of 'Dog Sniff Dog' at UN in Berlin
It’s all a dog dance, this social life, this series of prescribed and occasionally poetic movements that we must learn to navigate. Whether its origins are in Israel, France, Russia, New York, or Ber...
Pejac. So Far, So Close: Charity Auction for "Voices of Children" and "Acted"
Street artist Pejac is raising funds for NGOs that provide services to war-torn populations, with a new auction of his latest print entitled So Far, So Close. Senseless loss comes from war, and ar...
Pop Culture at Citric Festival in Torreblanca, Spain
Celebrity, photorealism, illustration, fantasy, spectacle. These have always been part of popular art culture and have had an increasingly strong representation in Street Art culture, particularly in ...
Andrew Hosner Brooklyn Street Art California Jaime Rojo Los Angeles Roa Steven P. Harrington Think Space Gallery