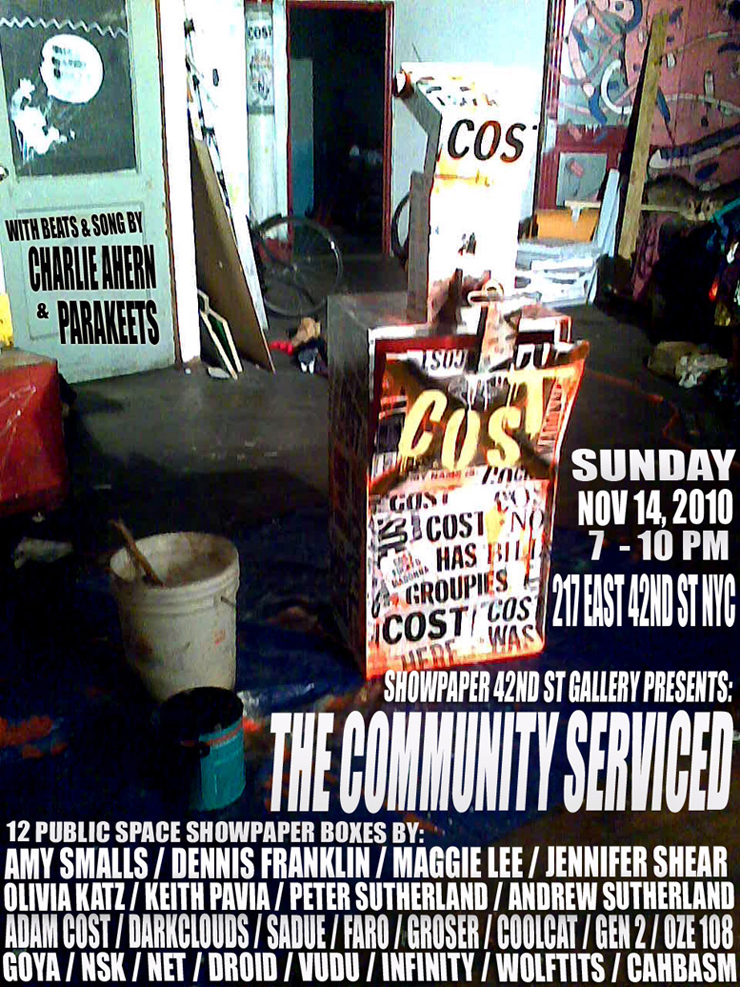 at The Showpaper 42nd st Gallery

“The Community Serviced” showcases 12 uniquely produced Showpaper newspaper boxes designed by 24 artists. After the opening night, the works will be placed around the city to serve the community both as public art pieces as well as an expansion of Showpaper’s distribution network of their bi-monthly publication.

Charlie Ahearn and Parakeets will be providing music.

Showpaper is a non-for-profit organization committed to establishing a greater network of emerging young artists and musicians throughout the tri-state area. In conjunction with providing a database of more than 50 show spaces for young performing artists and a comprehensive listing of over 300 all ages music events every two weeks, each issue has a full color print by a current and upcoming artist.