Wide Open Walls officially ends today, and the artists are on their way home. “All the UK artists fly back tomorrow, we all expect a heroes welcome, keys to the country and an open top bus parade,” Says Eelus on his Twitter account.

It has been a trip they won’t forget, and we are hearing bits and pieces about the experience as they return. – Large Insects, lots of DEET, optimistic kids, incredibly lush beauty, crushing heat, and enthusiastic fans watching you while you paint; all of these things reoccur in the retelling of the stories. Eelus hurt his heel just at the end of the journey and is looking forward to resting up and sorting through pictures. Logan Hicks is back in Brooklyn and will be showing us some of his pics, along with a video he’s working on.

Here are some shots from Ian Cox and some observations of the experience. 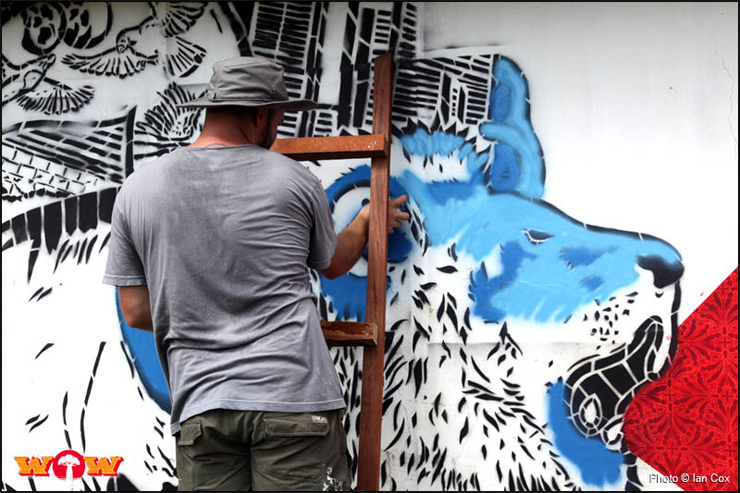 “The aim of the game is to paint as much as you can before 1pm, trying to do anything after that is a sweaty struggle in this ridiculous heat and humidity.” ~ Eelus 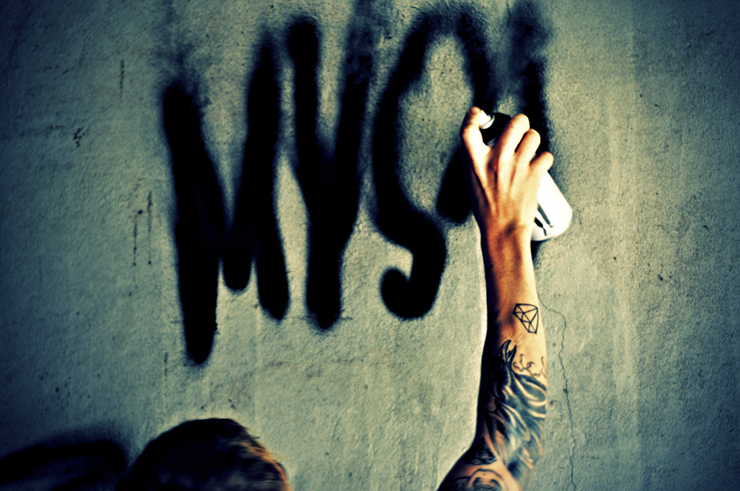 “Rashes, welts, bites and hives. My body is 90% covered in them. Why would I get bitten on the elbow? I don’t know, but it’s happened. I’ve also crushed a snail the size of a tennis-ball, seen spiders the size of dinner plates (almost) and encountered all manner of vile insects that are straight out of the ravine scene in that King Kong remake.” ~ Mysterious Al from the WOW blog. 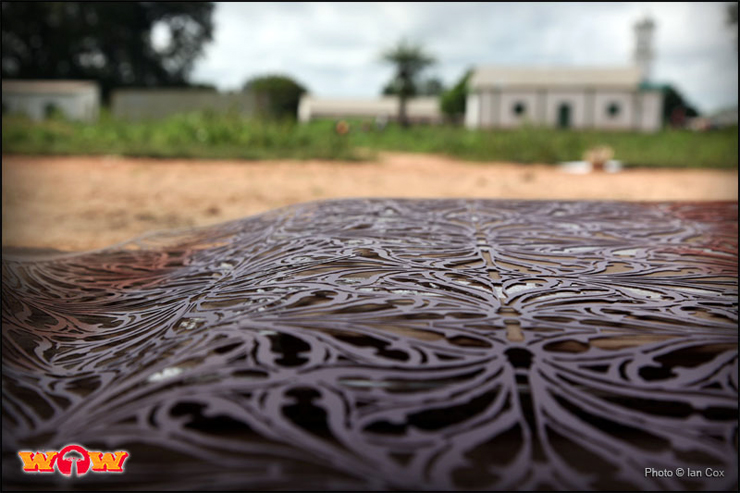 “If the apocalypse comes, I don’t think the fat f*ckers that are sitting around in their lazy-boy recliners with a beer in one hand and the remote in the other are going to be the ones that survive. It’s going to be the Gambians” ~ the eloquent Logan Hicks 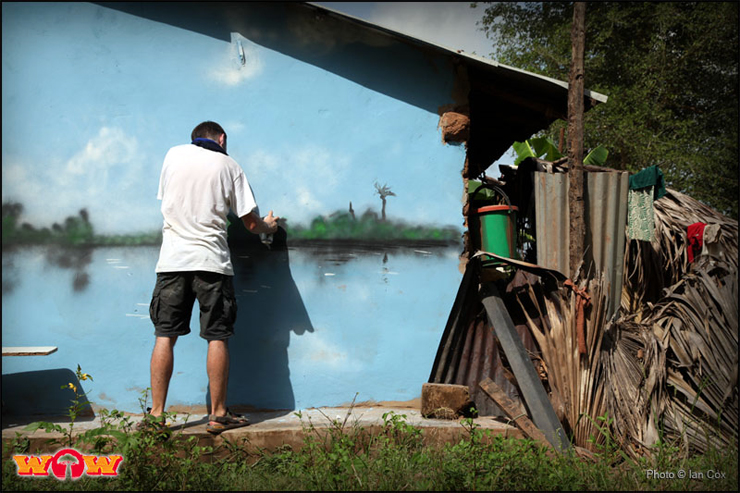 Cey Adams, Sophia Dawson and Marka 27 Speak Against Police Brutality
It's when you have an opportunity to see a piece of art on the street in person. The combination of portraits, graphic design, and text treatments may spring more from the imagination of those in the...
Images of The Week 06.13.10
Our weekly interview with the street, this week featuring Gaia, Ludo, Liv, MBW, Beau, Yote, Clown Soldier, Faile, Man Standing, Roa, Sweet Toof, Headhoods, and Holy Family
Fintan Magee and “Follow the Leader” in South of Paris
Back to the south of Paris today to see a trio of children on the new wall done in late September by Sydney based muralist Fintan Magee. Fintan Magee. For Wall Street Art in Savigny-le-Temple, Fr...
Felipe Pantone: Wishes And Hopes For 2018
As we draw closer to the new year we’ve asked a very special guest every day to take a moment to reflect on 2017 and to tell us about one photograph that best captures the year for them. It’s ...
Specter Spot-Jocks Shepard Fairey in New York City
Ice-T is still stylin’ like an American Che Guevara, but he’s officially joined the force 19 years after “Cop Killer”. As part of a string of strikingly personalized spot-jocking intended to send s...
Broken Crow Brooklyn Street Art Eelus Ian Cox Jaime Rojo Logan Hicks Mysterious Al Steven P. Harrington The Gambia Wide Open Walls Xenz