The Living Walls Conference in Atlanta ended weeks ago and the organizers still think of all the artists who helped in their first ever event; the art, the conversations, the animated debates, the camaraderie.

The pieces and murals left behind mostly are still untouched and naturally some have been tagged, destroyed, gone over. The life cycle for art on the streets, it would appear, is getting shorter – like 3-week TV pilots, 18-hour news cycles, and the average texting teen attention span, the pace of change is a quickening.  Few artists can say that their pieces stay untouched, or “ride”, for very long periods of time.

One artist at Living Walls, Hugh Leeman, saw his portrait of an American civil rights icon actually precipitate the removal of an alcohol ad, due to local community sentiments – although no-one has said who brought it down.  Street Artist Faber, takes a less literal, more intuitive  approach to creating pieces specific to their location and his inner dialogue. 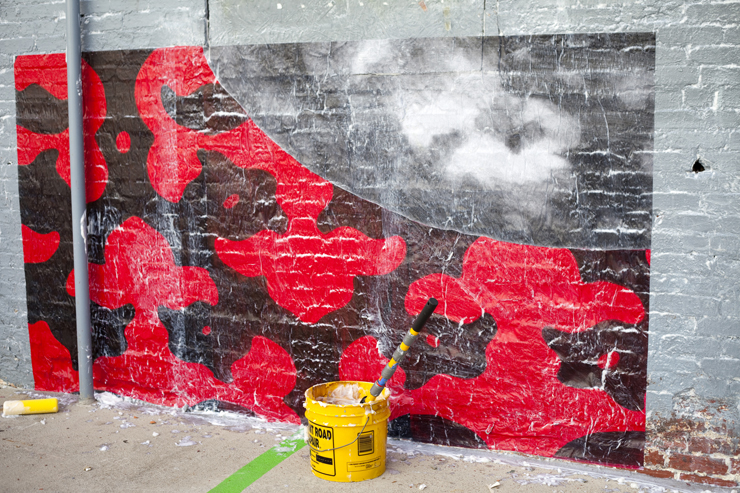 Following are observations from Jayne McGinn along with photos from Jenna Duffy, who both covered the conference extensively:

Hugh Leeman is easily one of the most inspiring people I met during Living Walls, if not my lifetime. His drive, passion and sincerity shone throughout his short stay in Atlanta.

After losing his wall on the side of Sound Table in the Old Fourth Ward due to a conflict with an Old English ad, Hugh ventured to the establishment at 1 a.m to convinced the owners to let him use the wall. He was allowed to create his piece with the stipulation that he would cut his mural in half and not cover the malt liquor add. Using only the Martin Luther King Jr side of the mural, Hugh pasted up his mural quickly, and before Leeman had left Atlanta the next day- the malt liquor add was down.

Leeman’s mural of MLK is adjacent to the MLK historic district, including his birth house and church. The brief time that the OE advertisement and the MLK wheat paste shared the wall together, it caused controversy within the community, igniting anger and confusion. Leeman and Living Walls posted a sign saying they did not support the advertisement.

Leeman’s mural changed the way OFW looks and represents the people and the neighborhood in an honest and uplifting way. 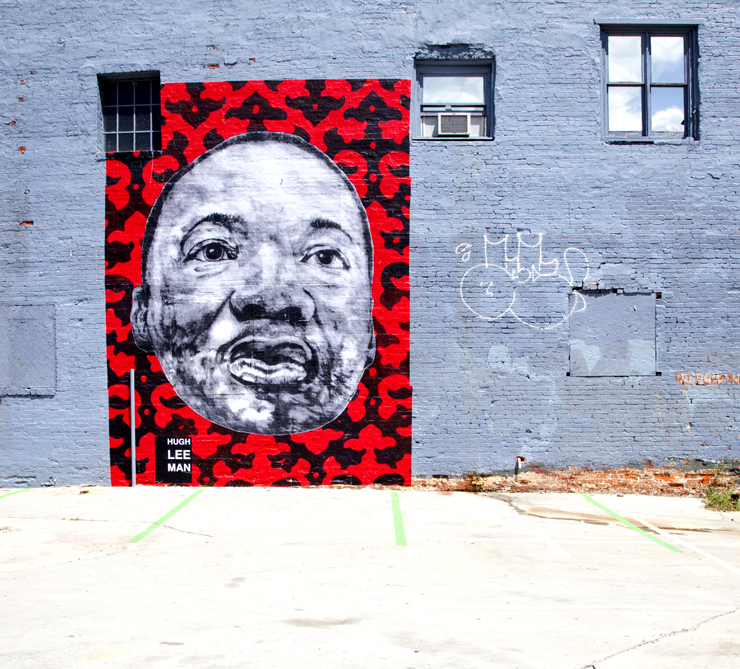 Faber takes only a basic idea of a mural and his paint to his wall with him. He lets his murals evolve in a stream of consciousness as they adapt and respect the walls they coexist with. 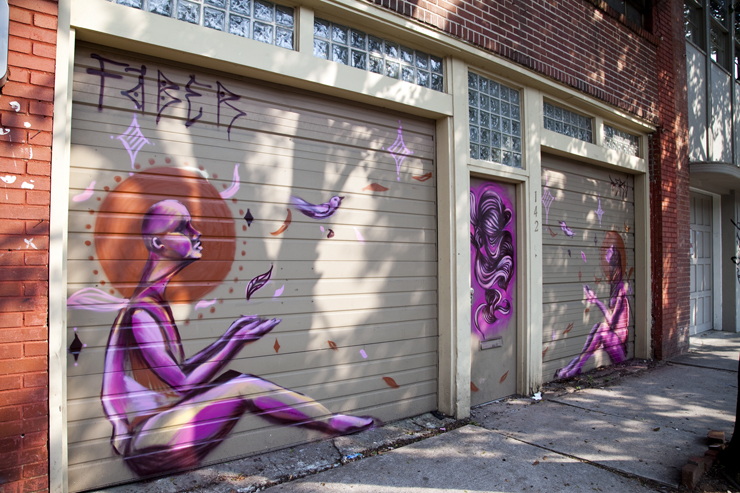 Faber is careful not to break the aura of the structure and to maintain the feeling, form and character of the building. 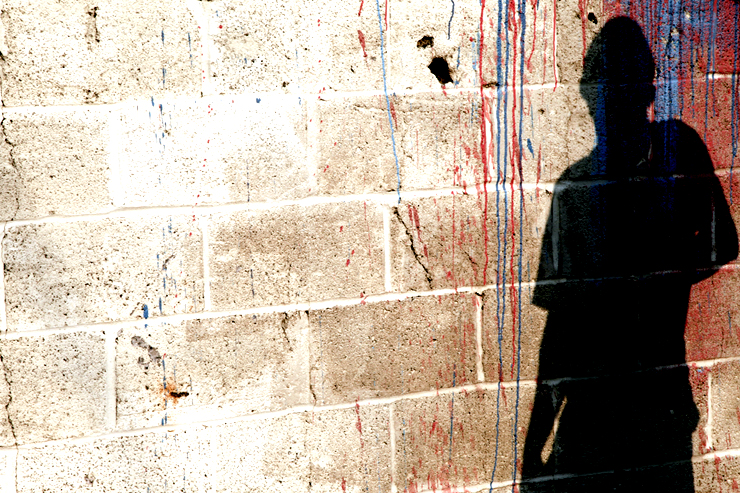 Faber’s interest in graffiti inspired him to study fine arts in school and further influences his work today. His artwork is personal, and appears on the street for the people who don’t have access to an art gallery, thus he creates a “public gallery” with his work. He sees his artwork as alive because of it interacts with the public. 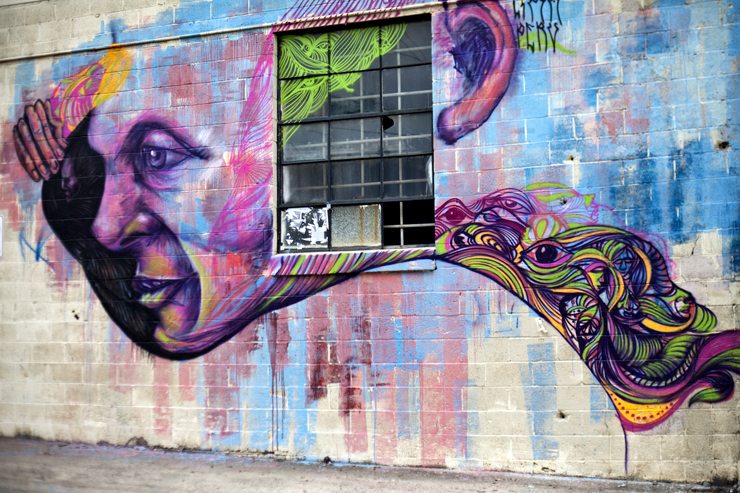 Ein Wandblatt Aus Wien Issue #3: Erotik Edition
Who says zines died with the printing press? The Internet may have completely redefined how we communicate but the appetite for hand made independent publications has only strengthened in recent years...
SpiderTag Traces Electric Geometry on the Swedish Waterfront
The Argentinian Street Artist named Spidertag has freed his work from the wall these days and prefers to trace geometry in the air. Spidertag. Artweek. Helsingborg, Sweden. Day 5. (photo © Spiderta...
Young New Yorkers, Street Artists, and Keeping Teens Out of Jail
The Street Art community donates time and art to a program that keeps teens out of jail in New York. An annual auction overflows with work by today's Street Artists. Marco Mazzoni. Young New York...
BSA Images Of The Week: 03.06.22
Welcome to BSA Images of the Week. The outcry over the Russian invasion of Ukraine has overwhelmed all other news "coverage". In his State of the Union speech this week Biden even conflated ...
Spaik Goes Seaside in Quintana Roo
Mexican Street Artist Spaik continues to combine his love of urban art with the historic mural art of his country, mixing folk elements and cultural symbols to tell stories both real and imagined. Her...
Atlanta Brooklyn Street Art Eyedrum Faber Georgia Hugh Leeman Jaime Rojo Jayne McGinn Jenna Duffy Living Walls Conference Steven P. Harrington