Today we followed the General to Park Slope to stage some skirmishes on the hill as a sense of doom settled in. It wasn’t just the gray rainy miasma that cloaked Brooklyn today, or the giant leafy pumpkin plants that hovered over the mini-troops, but it was General Howe’s descriptions of how the Patriots nervously tried to fortify positions while the British began to appear in new locations all the time, as they began to make their path toward the elevated hills of “The Heights” to look down upon the land. 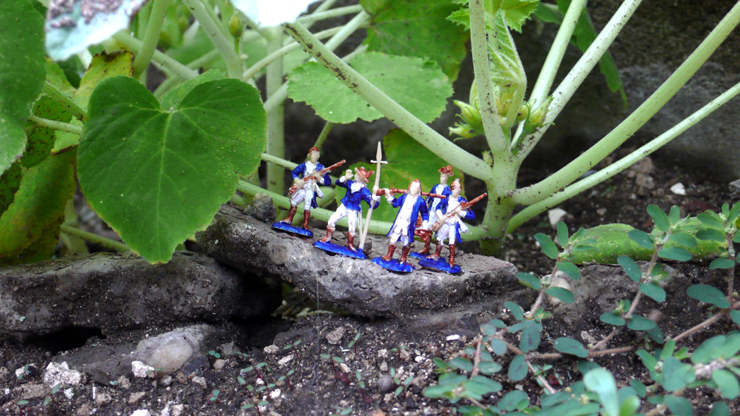 Not only that but Washington wrote in a letter today to Putnam (his man in command) that he was pretty ticked off about the way some of the trigger-happy fools in the Patriots crew had the bad habit of shooting willy-nilly in an undisciplined way all over the place, sometimes just for the hell of it.  If you read The Battle for New York The city at the heart of the American Revolution by Barnet Schecter, you’ll find that George hated horsing around with guns because he thought it was wasteful of valuable bullets and distracting for everybody, “as we know not the hour of the enemy’s approach to our lines but have every reason to apprehend that it will happen sudden & violent, whenever attempted; we shall have our men so scattered & (more then probable) without ammunition, that the consequences must prove fatal to us.”

General Howe talks about what happened on August 24th: 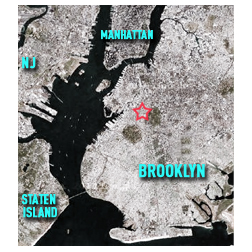 The Action: Plagued by second thoughts about General Howe’s strategy, Washington reshuffles the command in Brooklyn putting the popular Israel Putnam in command. However, “Old Put” is ill equipped both experientially and temperamentally for the task. Among the American forces digging in for whatever is to come are the Maryland 400 comprised of six companies of soldiers from Maryland. This group of 400 will be the last soldiers to hold the line during the Battle of Brooklyn, providing cover while the rest of the Americans retreat. 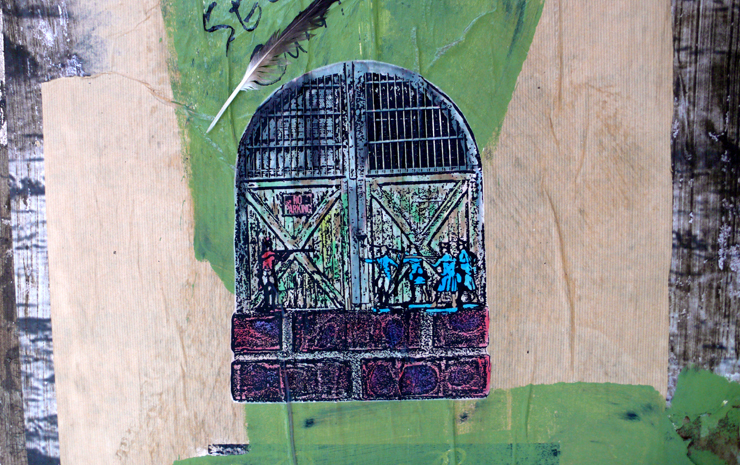 A new wheat-paste by General Howe looks a lot like a coloring book page, while a strategically placed feather is placed over a bit of vulgar language. (© Jaime Rojo) 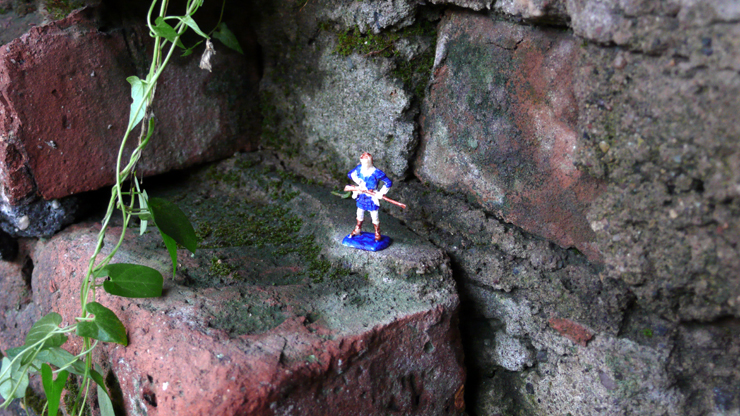 DALeast Reprise: Borås, Sweden Calls Him to Repaint His "Sky Dancer"
There are a few walls you remember over the years, and this one in Borås, Sweden stays fresh in our minds from our trip there in 2015 for the NoLimit Festival (@nolimitboras), originated by the fanta...
"Full Colors" Fest in Rubi, Spain Sports 30 Graffiti/Street Artists
The 6th edition of the Full Colors graffiti and street art festival in Rubi took off at the end of October with 30 artists from all over Spain. 30 minutes from Barcelona, its billed as a community ev...
Skount "Tempus Fugit" : Time Waits for No Person
Spanish Skount in the Netherlands wonders today about the evaporation of time, ever slipping from your fingers. He says his new mural, of which he has done perhaps a hundred that we know of over ...
Whitewashed: Gonzalo Borondo Buffs His Painting Inside an Exhibition in Turin
Borondo buffed his own work. It happens occasionally, not often. Rarely inside an exhibition. Borondo. "The Chess Player". The artwork is shown in situ at the Teatro Colosseo in Torino, Italy w...
Snowed In, Snowman, Snow Graffiti
Many graffiti writers look forward to blizzard in New York because between the winds and the snowplows and slippery streets, nobody is paying attention to the lonely aerosol sprayer hitting up a wall...
Avail Art Battle of Brooklyn Brooklyn Brooklyn Street Art Coney Island Flatbush Pass Fulton Landing General Howe George Washington Jaime Rojo Kianga M. Ellis Red Hook steve harrington