THE TEN MOST EXPENSIVE PIECES OF ART EVER SOLD

You would think that the current doldrums with bear markets worldwide, discussions of entire countries in imminent bankruptcy, the banker-induced housing crisis here and unemployment rolls hitting record heights, the appetite for buying art might have dried up. Um, nope.

Apparently for art collectors with big pockets, a keen eye, and good intuition there’s no such a thing as a recession. Art continues to be made, bought and sold regardless of the economic environment, if the recent record sale of Alberto Giacometti’s “Walking Man I” for a whopping $104.3 was any indication. It was the most expensive artwork ever sold at an auction. 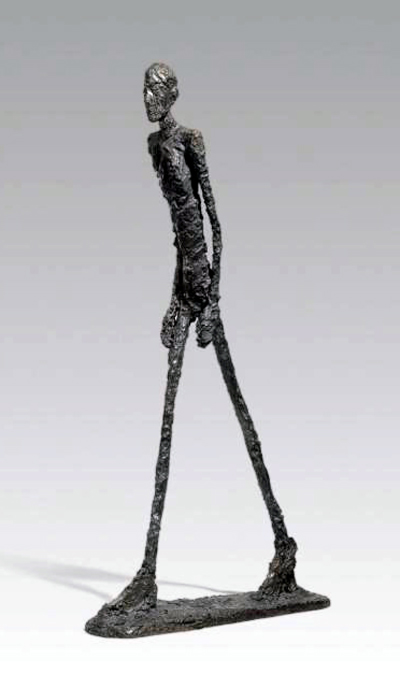 The 1961 “L’Homme Qui Marche I,” a life-size sculpture of walking human figure is 72 inches (183 centimeters) tall. According to Sotheby’s auction house, it “represents the pinnacle of Giacometti’s experimentation with the human form” and is “both a humble image of an ordinary man, and a potent symbol of humanity,” 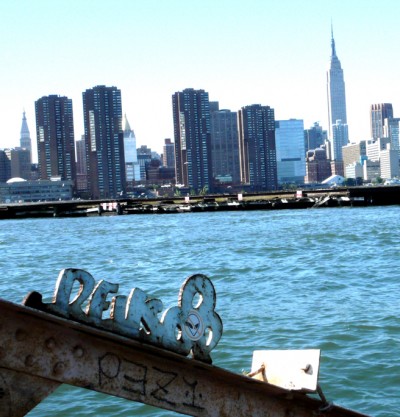 The recent record-breaking news has got to be good for REVS! Sculpture is hot! (photo ©Jaime Rojo)

Here’s a chart of the ten most expensive pieces of art ever sold throughout booming economies, bull markets and financial crisis regardless.

Read more about this at GOOD here:

Also check out a new interview by Sebastian Buck of Fauxreel at GOOD.

BSA Images Of The Week: 11.12.17
Yoko Ono has been talking about and advocating peace for half a century and with her husband John Lennon she asked us first to imagine it. Is it the absence of something, or the presence of it?...
Images of Week 01.03.10
BSA: Miami We start 2010 with a bag of sea-shells and this bounty of inspiring Street Art images from warm sunny Miami - which was a break from the bitter coldness of BK for a bit.  Heartfelt ...
Images of The Week 03.07.10 : New Poster Boys in a New Spring Crop
Images of the Week on Brooklyn Street Art - Our Weekly Interview With the Streets, this week featuring Poster Boy, Shin Shin, Oopsy Daisy, Primo, Tazmat, as shot by Street Art photographer Jaime Rojo
Dont Fret Takes Europe, and We All Feel Better
When you hear the name of Street Artist Don’t Fret you can be assured that he means exactly the opposite. Exposing random and selected people’s faults, foibles, and fraternizing habits is just a way t...
Pyramid Oracle Alights New Seers and Sorcerers for Spring
When last we touched base with Pyramid Oracle he told us that he was creating new mythologies and his parents were neither bankers nor hippies. Examining these four new fellas on the streets of NYC th...
Claude Monet Francis Bacon Giacometti Good Gustav Klimt Jaime Rojo Mark Rothko Picasso Renoir REVS Sebastian Buck Sir Peter Paul Reubens Sotheby's Vincent Van Gogh Walking Man