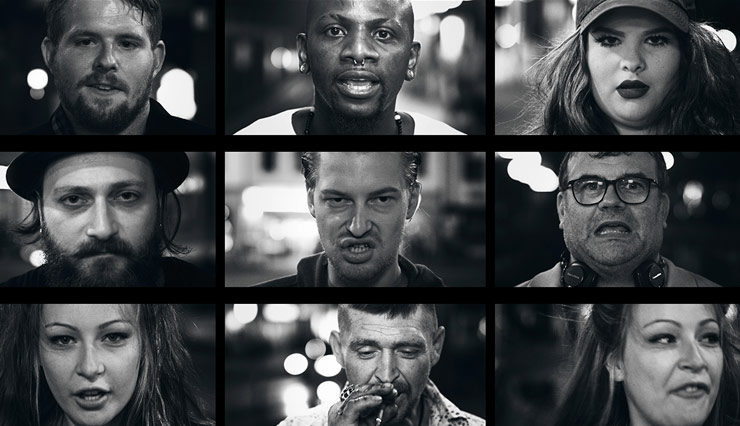 BSA Film Friday: 05.21.21
Our weekly focus on the moving image and art in the streets. And other oddities. Now screening:1. SOFLES / Spillway2. SOFLES/ Geometric 23. Abandoned Places with Cycki and Gienio via Dope Cans...
ROA Gets Up With New Animals In Tow
BSA travels with ROA to Austria, Canada, Great Britain, Norway, Poland, Portugal, Spain, Sweden, and the US. Today we visit with Street Artist, urban naturalist, and globe trotter ROA to see what wal...
Urvanity Madrid Diary 2: 1010 & Moneyless Underfoot and Overhead
This week BSA is in Madrid to capture some highlights on the street, in studio, and at Urvanity 2019, where we are hosting a 3 day "BSA TALKS" conference called "How Deep Is the Street?" Come wit...
BSA Images Of The Week: 06.17.18: The Bushwick Collective Edition 2018
Bushwick is in the mix this week as the new murals made to augment the collection for this years Bushwick Collective Block Party brought more persons and personality to the streets here. As mura...
Basquiat's Notebooks Open at The Brooklyn Museum
As lines continue to blur in fields of art and technology (and everything else) it is easier to see Street Art as an online/on-street diary, a forum for speech making, a laboratory for testing ideas, ...
Brooklyn Street Art BSA Film Friday Jaime Rojo Lem Studios Sebastian Purfürst Soniconoclasm Steven P. Harrington