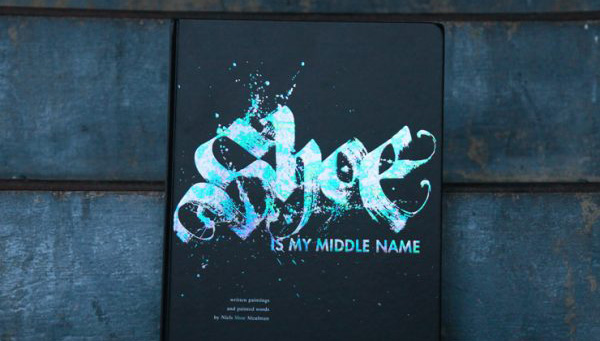 “They both see words as images,” says Shoe about graffiti writers and Medieval scribes in a 2013 interview with the BBC. His latest tome extrapolates this reverence for the letterform, an obsessive repetitive family of gestures, now often abstracted, that the artist first stumbled upon as a pre-teen in the late 1970s.  Since those days he became known as graffiti artist, painter, designer, writer, calligrapher. Here is where it comes together. 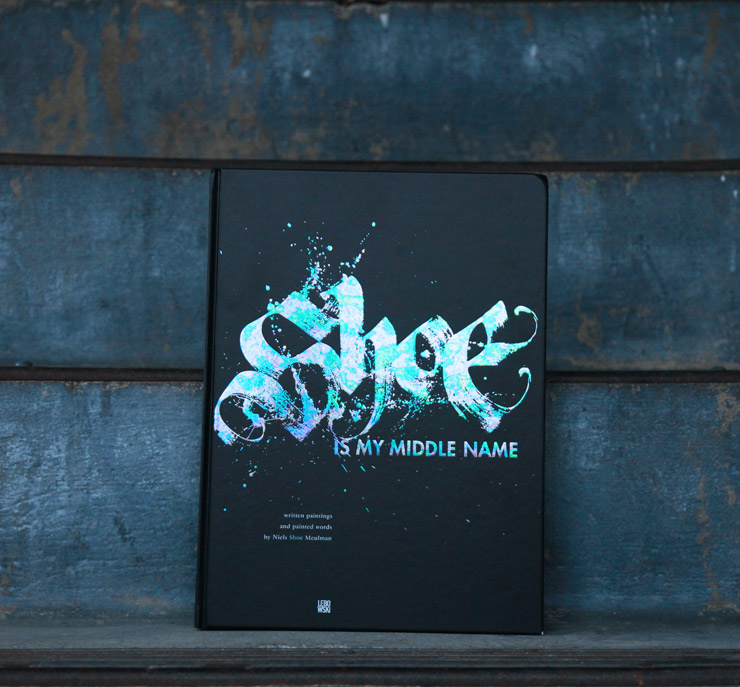 “Shoe is My Middle Name” is the fourth publication by Niels Shoe Meulman and one that expands, amalgamates, solidifies his influences, mistakes, discoveries; forging a unique voice that is his own. Sometimes identified with Calligraffiti, but there is so much more to it; now the smudge and the smoke and the splatter has lead him in other directions, from supple and savvy wrist turning small scale to full-body massively immersive gestural painting.

Whether it is a push broom on a roof or a brush on mottled papyrus or the masterful swoop and turn of the squeegee, Shoe knows that there are no half steps once the liquefied pigment hits the surface. A commitment has been made.

A large coffee table book with a unifying cerulean wash / black two-tone pointillist screen motif throughout, the story of his many exploits is moderated with poetry and outtakes of reviews by or observations by the artist. In one descriptive passage about his work “The Secret Ingredient”, the Amsterdam lifer who has traveled the world says it required “a perfect mix of intuition, imagination, courage and madness.” 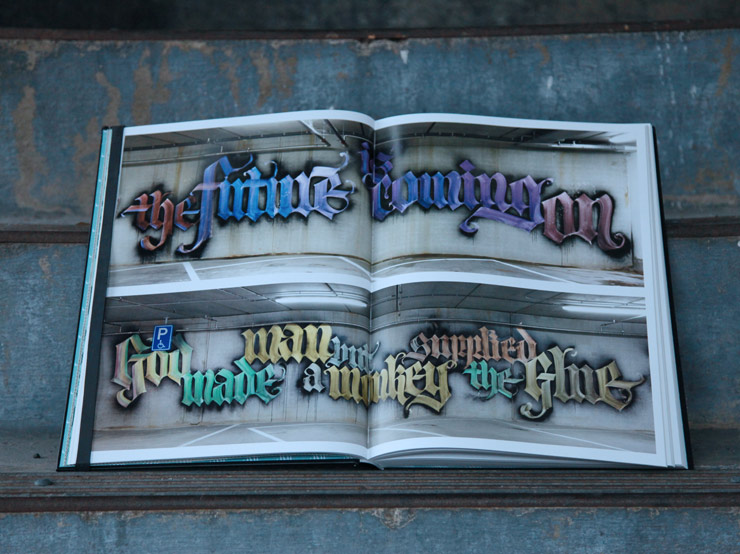 From “A Writer’s Song” by Niels Shoe Meulman 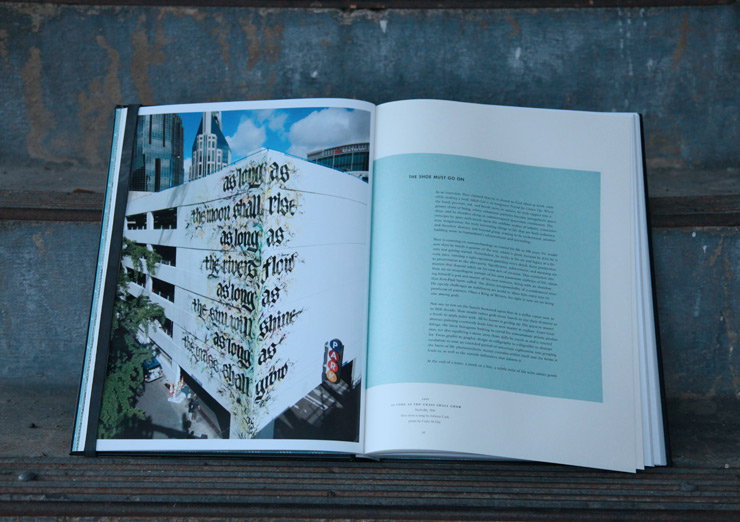 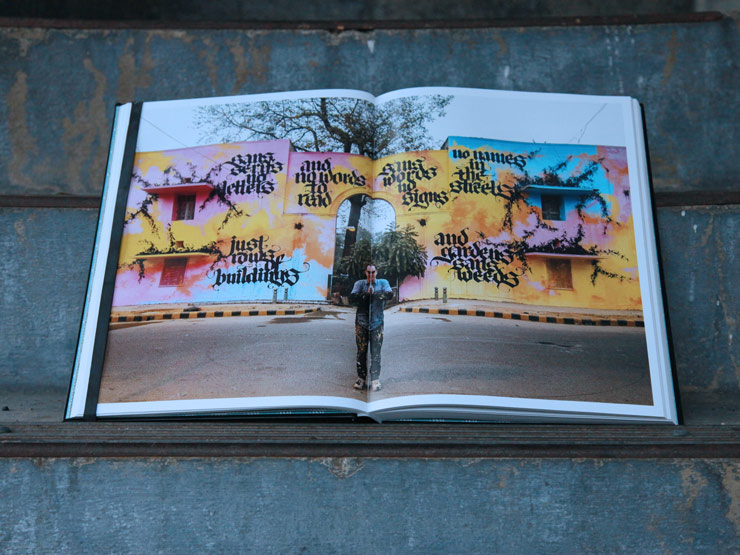 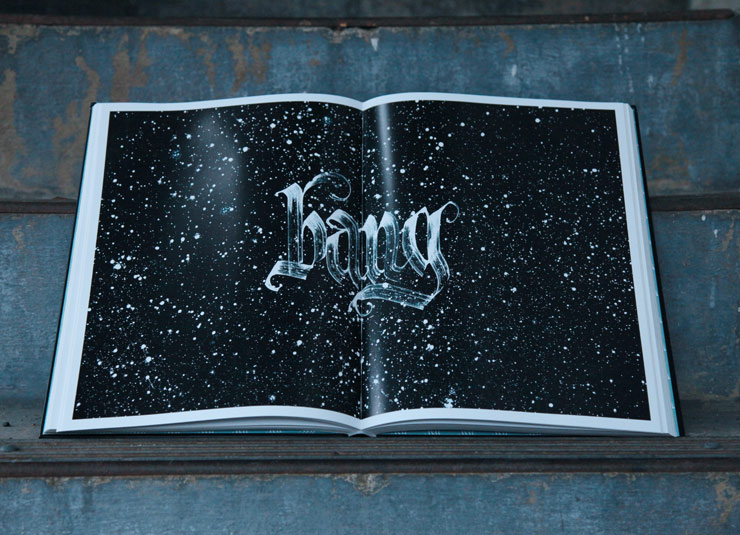 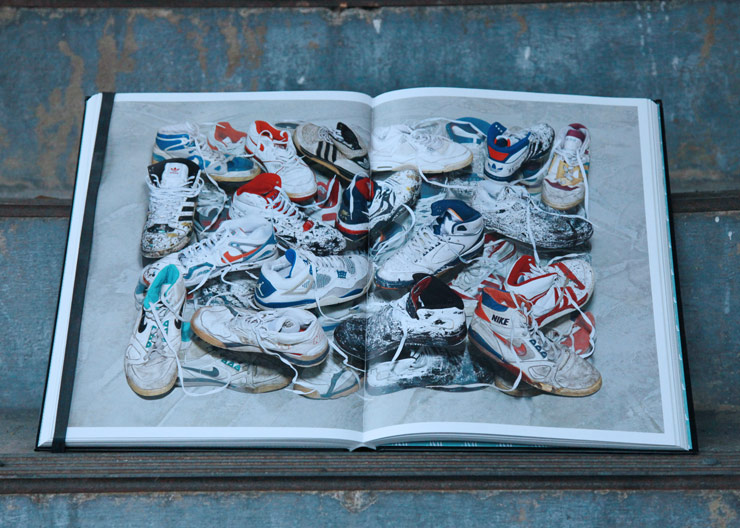 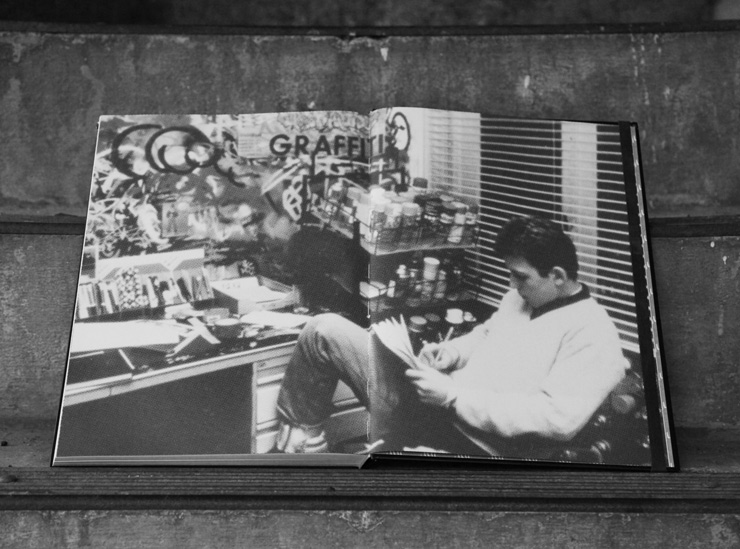 All photos of the book’s plates © Jaime Rojo

Faile "Fuel, Fantasy, Freedom", or Hot Rods, Unicorns & Coloring Books
Hormonal murmurings, childhood dreaming, race cars, hot rods, porky pig. All are on display at Fuel, Fantasy, Freedom, the new show by Faile running roughshod all summer at Galerie Hilger NEXT in Vien...
The Power of Color via Street Art, Graffiti, and Murals
No doubt it is the grey days of late winter that is making us think about this as we brace for the next snowstorm, but today we’re considering the impact that Street Art color has on architecture that...
Images of The Week: 01.19.14
New York's Street Art/graffiti/public/urban art scene is poppin' baby - new shows, new spaces opening up or rumored to be, a new fleet of artists going out to the street doing sanctioned and uns...
13 from 2013: Daniel Albanese "A Yawning Morning Cat from Dee Dee"
Happy Holidays to all you stupendous and talented and charming BSA readers! We thank you from the bottom of our socks for your support this year. The best way we can think of to celebrate and comm...
Sonny: "Corridors Of Hope" In South Africa
How can we answer the needs of today without compromising the world our future generations will inherit? Sonny. "Corridors of Hope". Baz-Art / International Public Art Festival 2021. Cape Town, So...
Amsterdam Art Book Review Brooklyn Street Art Jaime Rojo Lebowski Publishers Niels Shoe Meulman Steven P. Harrington Street Art Book Review