BSA is in Berlin this month to present a new show of 12 important Brooklyn Street Artists at the Urban Nation haus as part of Project M/7. PERSONS OF INTEREST brings to our sister city a diverse collection of artists who use many mediums and styles in the street art scene of Brooklyn. By way of tribute to the special relationship that artist communities in both cities have shared for decades, each artist has chosen to create a portrait of a Germany-based cultural influencer from the past or present, highlighting someone who has played a role in inspiring the artist in a meaningful way.
Today we talk to DAIN and ask him why he chose his person of interest, Marlene Dietrich.

Over the last decade Street Artist DAIN has made many famous actresses from the silver screen his muse in his collages for the streets of Brooklyn: Betty Davis, Liz Taylor, Audrey Hepburn…all popular icons from an era he didn’t grow up in but has a fascination for. For him, the women of that era exemplified a time of demure glamour, one that didn’t need to disrobe to draw avid attention, leaving something to your imagination. His modern remixes that jump from walls and pop out of doorways on the street invariably grab the eye and garner a second look, creating a new sense of mystery that can seem futuristic and nostalgic at once.

The Brooklyn native and former graffiti writer told us that he thinks he gained his appreciation for mid-century Hollywood aesthetics from listening to his parents talk about their favorite stars and points to them as an influence on his work. “I guess it was maybe my folks. They’re from Brooklyn – Coney Island. And they’re kind of caught up in that. One of my favorite movies is On the Waterfront. I remember being a little kid and my father telling me ‘You gotta see this movie’,” he says. “I love that stuff. I love black and white. You use your imagination in black and white.”

Born in Leberstrasse 65 on the Rote Insel in Schöneberg (now a district of Berlin) in 1901, Dietrich became a star of screen, stage, and music with a career that some would easily call legendary. While she became an American in 1939 and continued her career giving concerts and appearing in movies around the world into the 1980s, she also famously included in her singing repertoire a song called, “Ich hab noch einen Koffer in Berlin” (“I still keep a suitcase in Berlin”).

“I chose Ms. Dietrich because she was one of the most famous German American actresses. She had a style and look that were both glamorous and exotic. I love the fact that she continually reinvented herself – not only within acting but as a show performer later in her career,” says DAIN 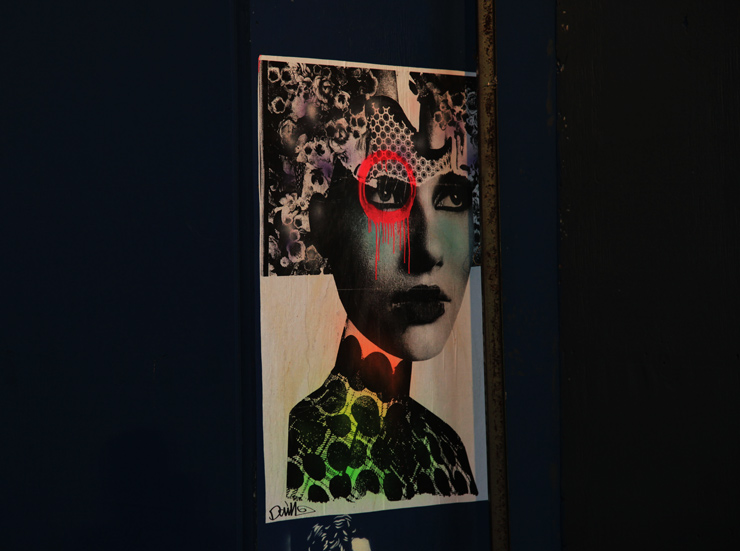 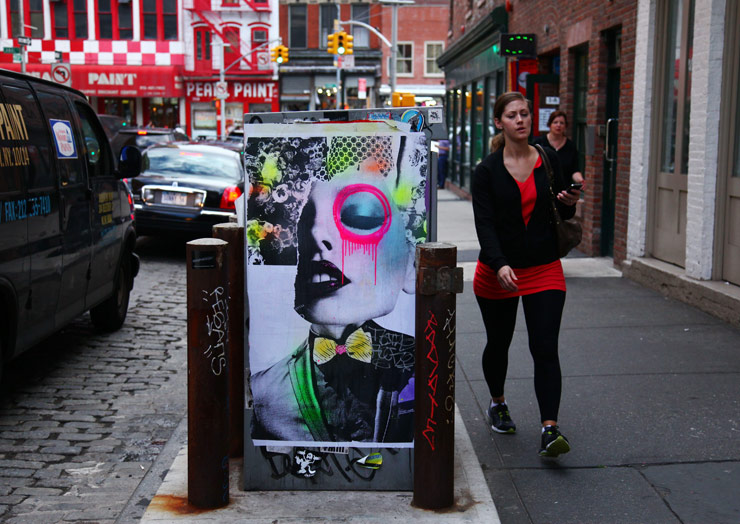 BSA Images Of The Week: 11.04.18
Welcome to BSA Images of the Week! The clocks fell back last night, which means it gave NYC marathon runners a much needed extra hour to lie in bed and stare at the ceiling thinking about the ra...
BSA Images Of The Week: 10.17.21
It's definitely quieter here in Wynwood when there are no art fairs. But there is still so much activity. The daytime neighborhood is pounding with construction and new buildings and restaurants/...
Winging It With ROA - FreeStyle Urban Naturalist Lands Feet First in Brooklyn
While city birds sing and traffic swells and murmurs, Street Artist ROA shows BSA how his great unsung animals are made. One of ROA's new Brooklyn birds (photo © Jaime Rojo) The eagerly anticipate...
BSA Images Of The Week: 01.18.15
Here's our weekly interview with the street, this week featuring Bifido, Caserta, Dylan Egon, Gaia, Gurld Master, Hunt, Joe Iurato, IMNOPI, Nando Zeve, Rubin 415, and Sean9Lugo. Top Image >&...
C215 and Two Fine Ladies In Moscow
BSA is in Moscow as curators of 50+ international artists in the Artmossphere Biennale 2018 for its 3rd edition called Street Art Wave. Till the end of the month we’ll working with a stellar cross...
Brooklyn Brooklyn Street Art BrooklynStreetArt.com Dain Jaime Rojo Marlene Dietrich Persons of Interest Project M/7 Steven P. Harrington UN Urban Nation