We like to say that the world has become more global over the last twenty years, but that doesn’t necessarily apply to you. Money, jobs, and trade are increasingly free to traverse boarders in this age of globalism, yes. Getting a visa to leave and explore and learn about another culture and come back home may still prove to be impossible, depending on where you live. 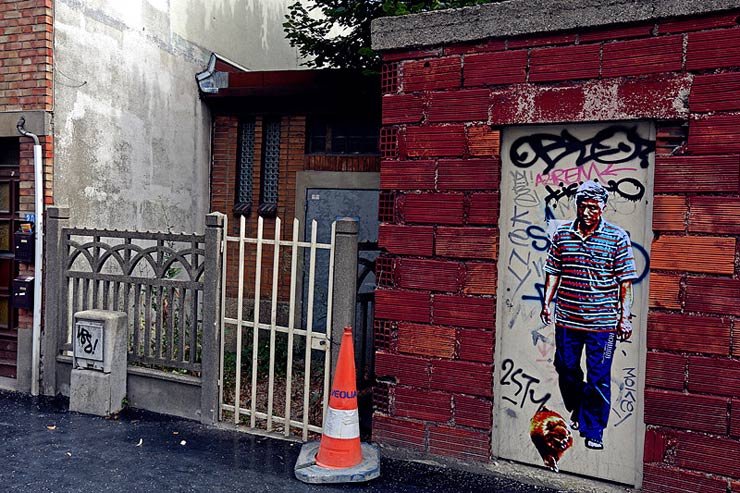 Beijing based Street Artist ROBBBB recently took a small troupe of his countrymen/women to Europe and put them on the streets of Milan, Florence, Paris, Madrid, Barcelona, and Lisbon.  He says it is a sort of cultural exchange, even if the real people in these wheat-pastes never left home.

“I put the most real and authentic Chinese people in these pieces so that they could be in a different political, social and cultural environment in Europe,” he explains of the six-city tour. “I also wonder how the Europeans will think of these Chinese subjects and what their reaction is to seeing them in these locations.” 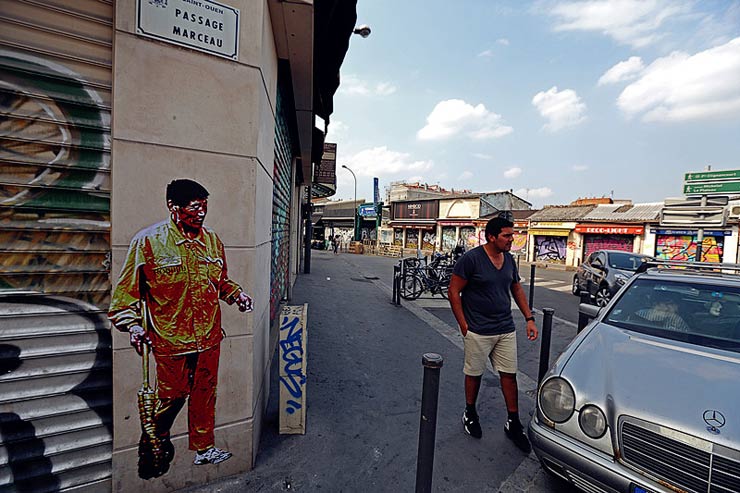 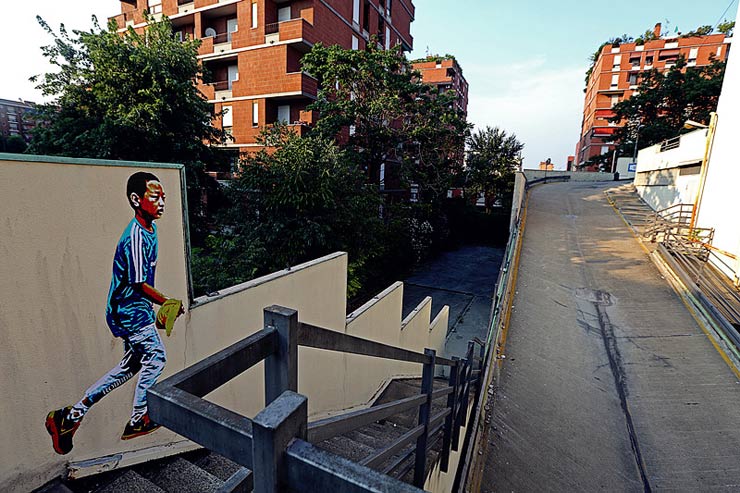 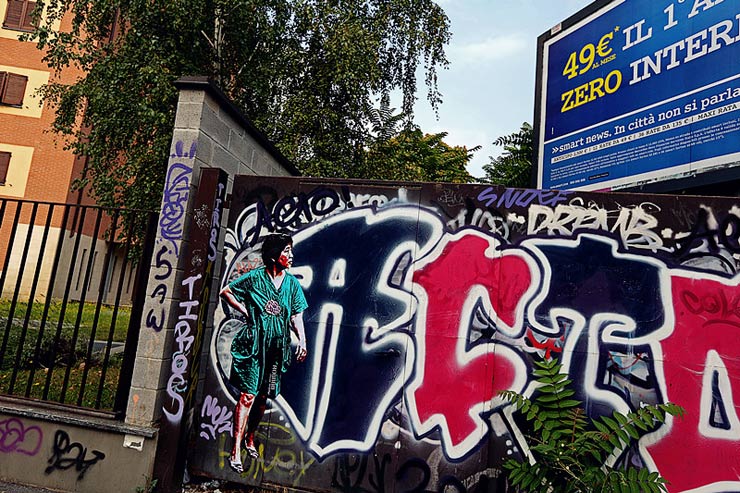 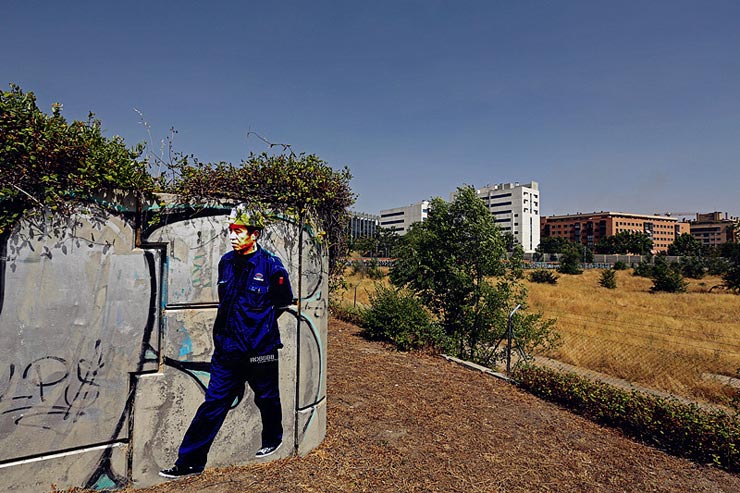 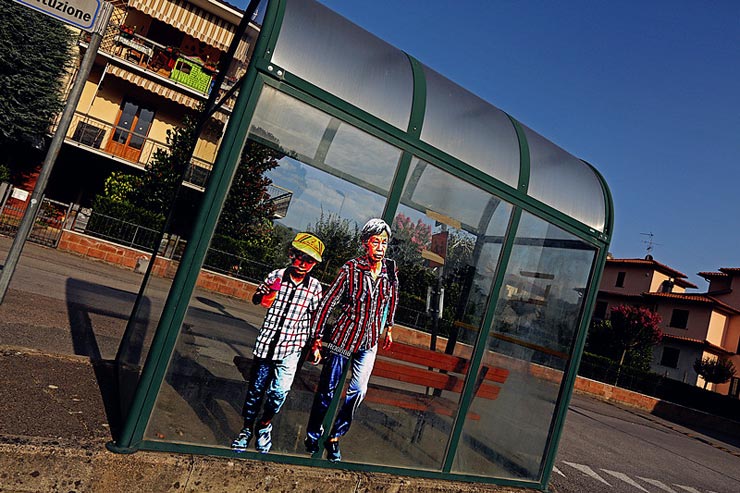 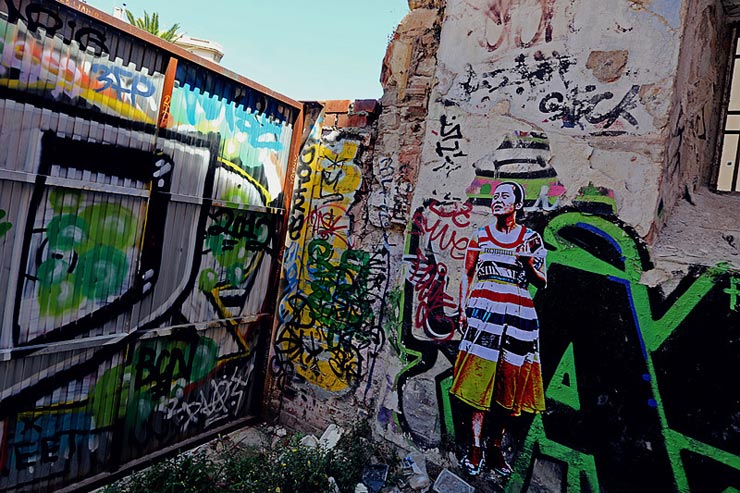 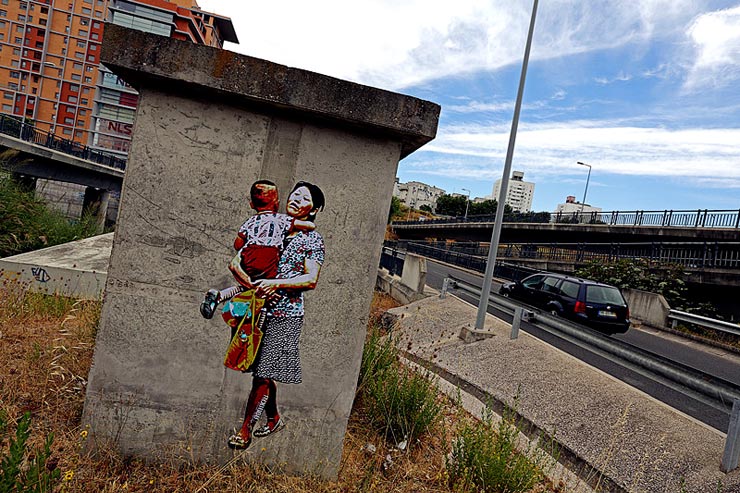 "The Art Of Writing Your Name" Expands Potential for Both Art & Writing
Niels Shoe Meulman on the cover of The Art Of Writing Your Name by Patrick Hartl & Christian Hundertmark. Publikat Verlags. Mainaschaff, Germany, 2017. “Writing”, as in the graffiti sense of th...
Ernest Zacharevic Painting Martha Cooper in Brooklyn
If you are looking for a neighborhood that is analogous to what the Lower East Side of Manhattan was like in the 1970s, you have to go to the outer part of the outer boroughs because very few working ...
New Stinkfish in The Pilsen in Chicago
The dudes from Pawnworks are back in the Pilsen neighborhood of Chicago with the "Art in Public Places" project and Stinkfish is here for his first time in the US. Nick Marzullo tells us this is only ...
Martha Picks Some Hits from Pow! Wow! Hawaii (Part I)
Photographer Martha Cooper just returned to New York from Hawaiian paradise and the 5th Pow! Wow! Festival, which this year featured an unprecedented number of artist that some estimate at 100. Natur...
Gola Hundun Activates on the Precipice of Man and Nature
"Abitare" (To Live In) Italian Street Artist and urban interventionist Gola Hundun is often thinking about the idea of coexistence and cohabitation between humans and the rest of the natural world....
Barcelona Brooklyn Street Art Europe Florence Jaime Rojo Lisbon Madrid Milan Paris ROBBBB Steven P. Harrington