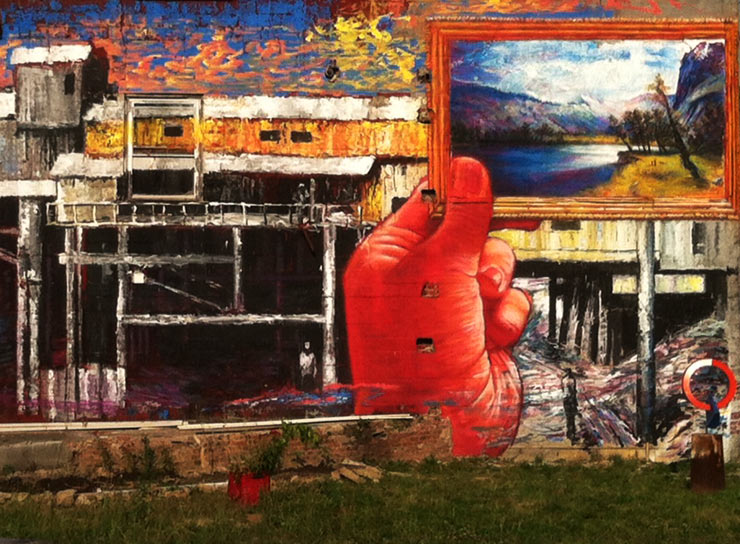 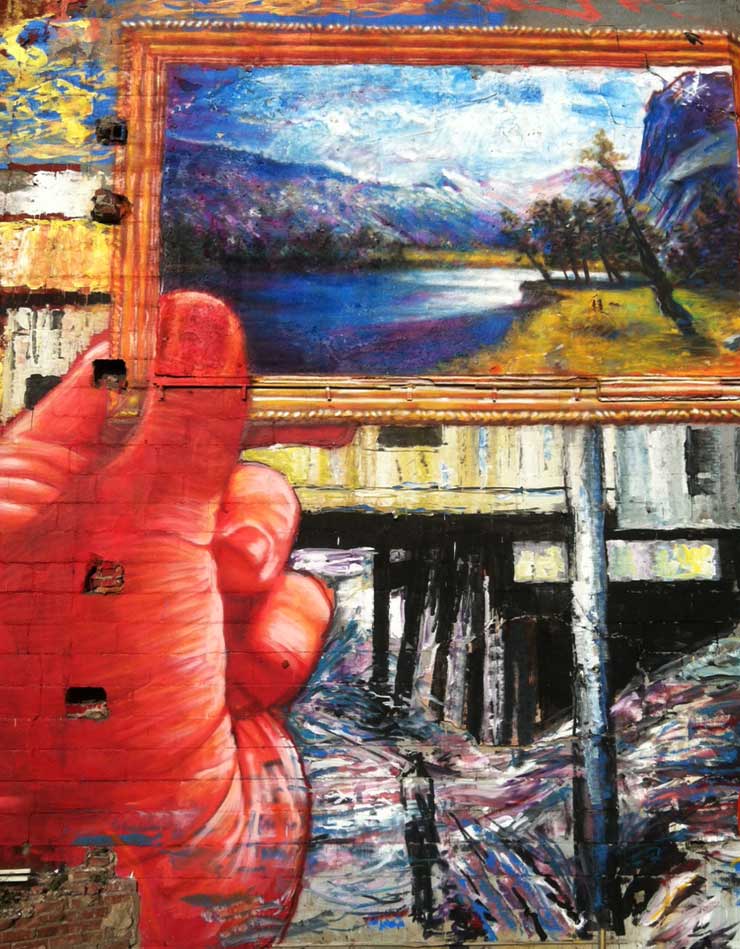 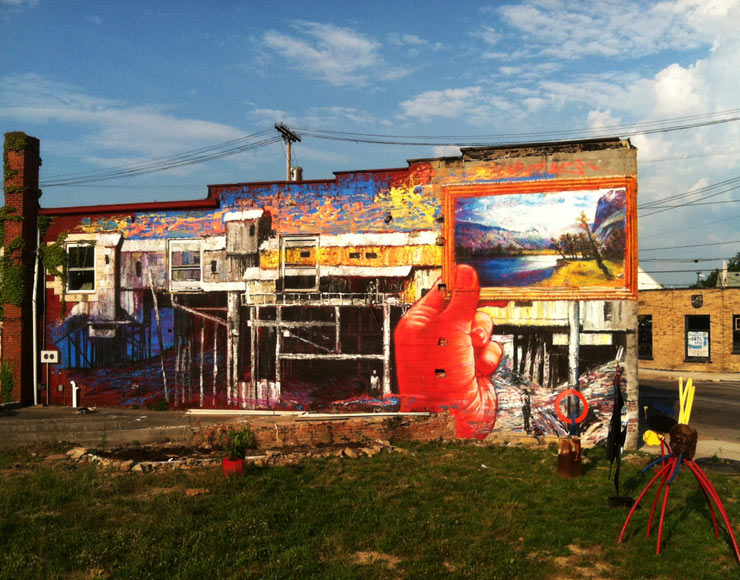 BSA Film Friday: 09.13.19
Our weekly focus on the moving image and art in the streets. And other oddities. Now screening : 1. "Word on the Street" Debut2. INO - "Freedom For Sale" in Athens3. Two in a Row from Alex Pr...
VHILS in Łódź Reveals Ghostly Profile Using Signature Destruction
It isn't often that Street Artist Vhils aka Alexandre Farto does a profile view and this one gives you the feeling that she is ignoring you, or otherwise engaged. Perhaps the newest wall at Urban Fo...
NeSpoon at Rethink:Sisak in Croatia
It’s a good practice to rethink your city – especially when you imagine it to be something more than it is. Beginning in 2016 the picturesque city of Sisak in Croatia (pop 48,000) invoked the practic...
Opiemme X Moby Dick X Museum of Urban Art (Italy)
There has been some excited talk in the last couple of weeks here about the announcement of a new urban art museum in New Jersey associated with Mana Contemporary – some even saying that it is the fir...
Banksy’s Final Trick
A Genuine October Surprise for New York Street Art Friends and Foes Alike. In a series of communiqués beamed from his website, the global Street Artist Banksy gave graffiti and Street Art followers a...
Albert Bierstadt Arts Collinwood Brooklyn Street Art Carl Gaertner Collinwood Gaia Jaime Rojo Ohio Pawn Works Outdoors Steven P. Harrington The Cleveland Museum Zoetic Walls