Your cousin Harvey is a “Roofing Technologist”, which he told you with spicy sausage and beer breath at the family BBQ on Memorial Day. He says it means that he has attained proficiency in roofing technology, including roof system types, roof system design and basic installation.  Also, he periodically patches holes with black boiling tar.

As the sun begins to smite the bejesus out of your average Street Artist who is looking for spots in dirty old Brooklyn, you will also find that a number of the barbeque-ists of this species can become what we like to call “roof cosmetologists”. This means that they apply learned and impromptu methods of paintology to the plain or ugly sections of industrial grade roofs, veritably transforming their appearance aestheticallistically. Armed with lawn chairs, cans, and a 40 oz. (and possibly a grill if somebody wants to carry it), these Street Artists clammer up skinny metal ladders to play some tunes, get some sun, and have their version of a picnic in the park.

Yeah, you wish there was a tree up here. Icy & Sot (photo © Jaime Rojo)

We’ve waxed about summertime roofs before when we published A Roof With a View : Looking at Art Up Above, so this is sort of your Roof Update: Summer 2013.  It’s true, lately rooftop parties in Brooklyn have become as ubiquitous as Olive Gardens and Applebees in strip malls and the stimulating conversations there are probably just as likely. But you won’t need a cute outfit at this cookout. Wait, well, why not, as long as your coming, and grab some Slim Jims.

But for summer funnification nothing beats the swarthy sweaty delirium of being baked alive on a chrome coated roof with no shade in the brutal sun and humidity and wielding a pile of cans of eye popping colors across the bricks – with clouds of aerosol wafting by in a fine mist and sticking to your sunglasses. That’s the ticket, bro/sis.

Recently we found this smorgasbord of new stuff on some rooftops and aesthetically, stylistically, these new pieces are strutting a pared-down new simplified look. Instead of the sweeping extravagant pieces of traditional graffiti, with many handstyles and spray tricks competing for star position, many of these are one-off soliloquies or two person collabos with a story behind them. Not that we know what the stories are – guess it’s part of the “inside baseball” side of this scene to leave you guessing. But we’ll probably all agree that some of these bricks and beams and exhaust vents have never looked so slammified, even if no one but your cousin Harvey gets to see them. 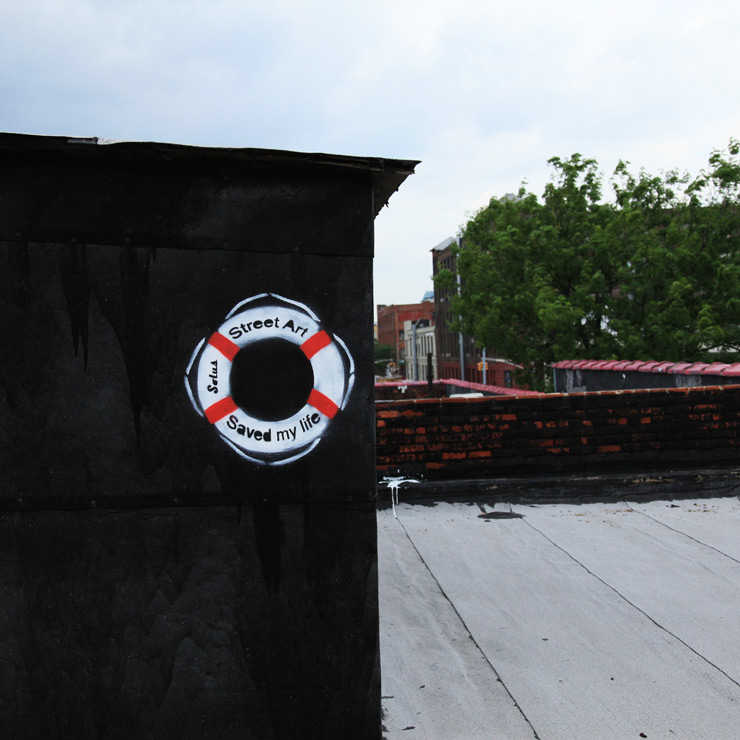 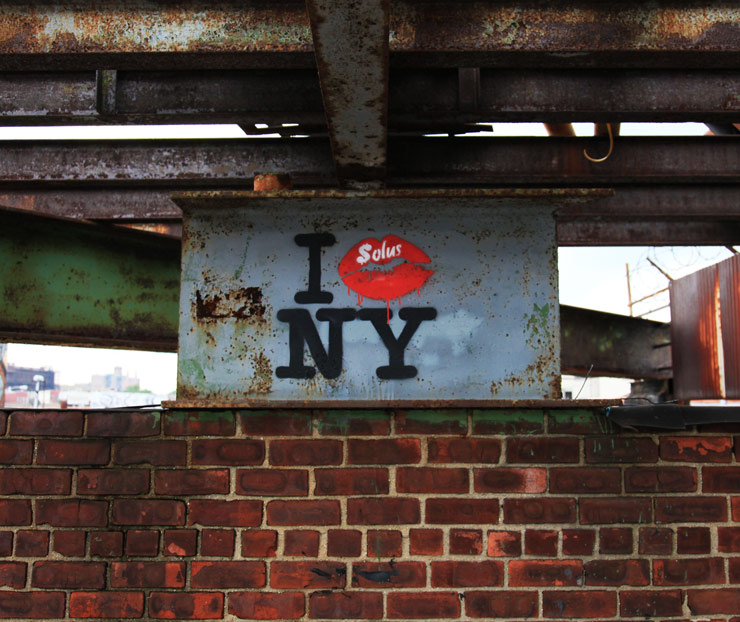 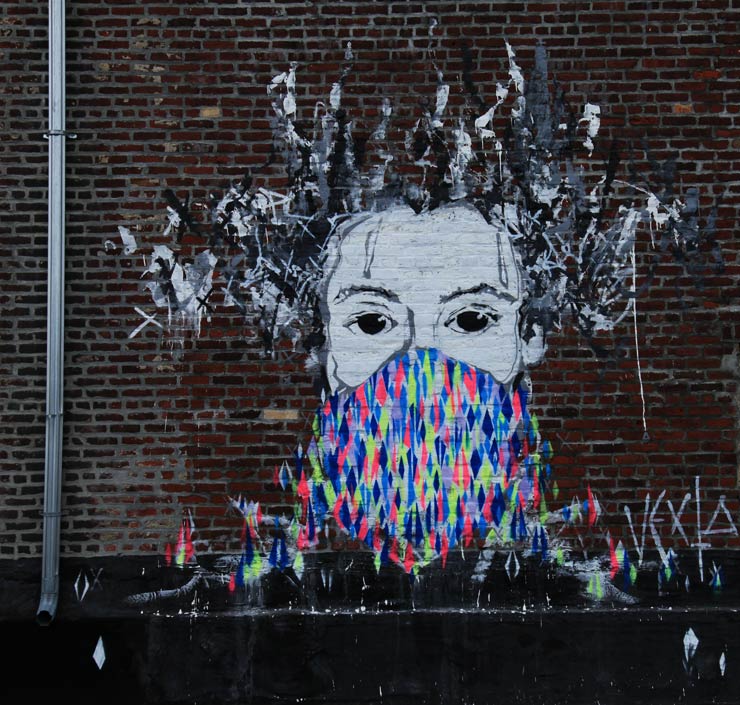 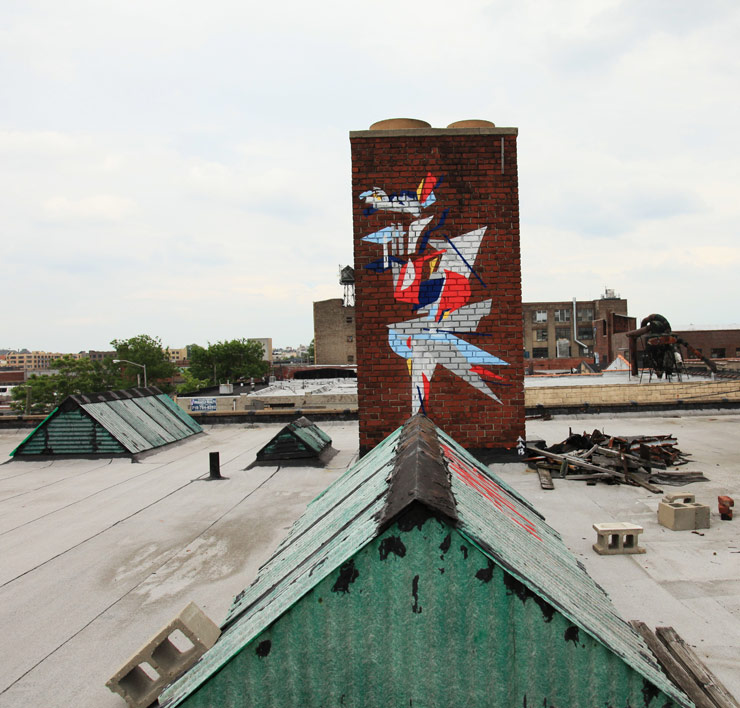 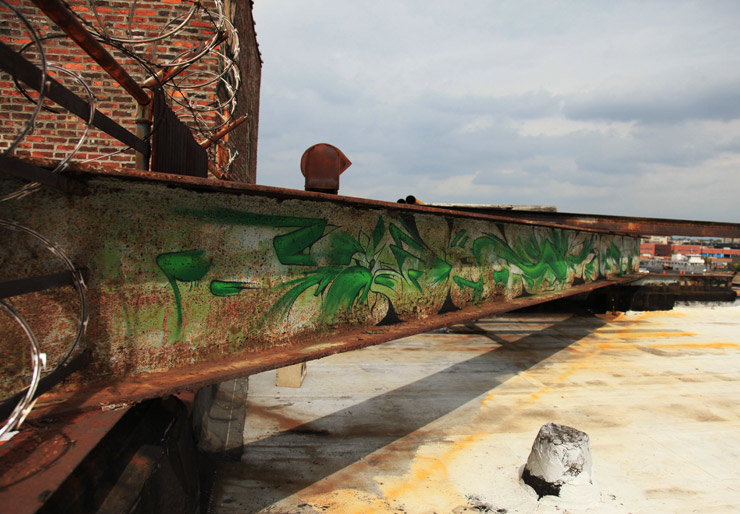 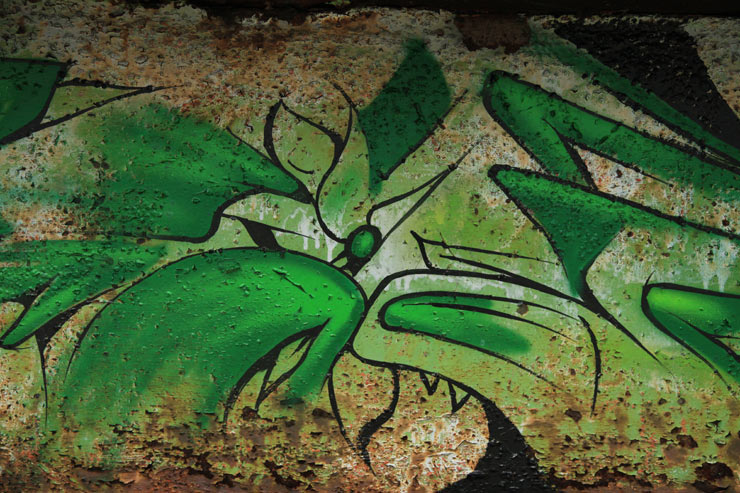 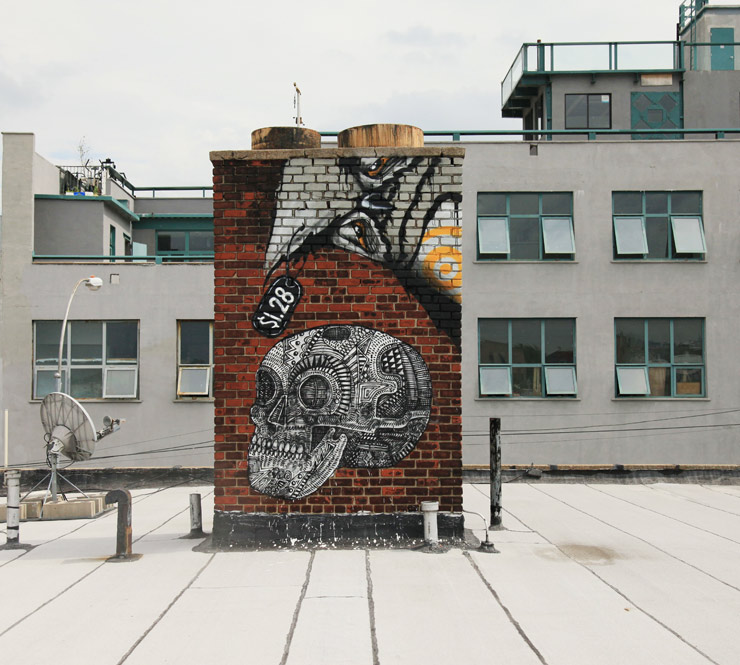 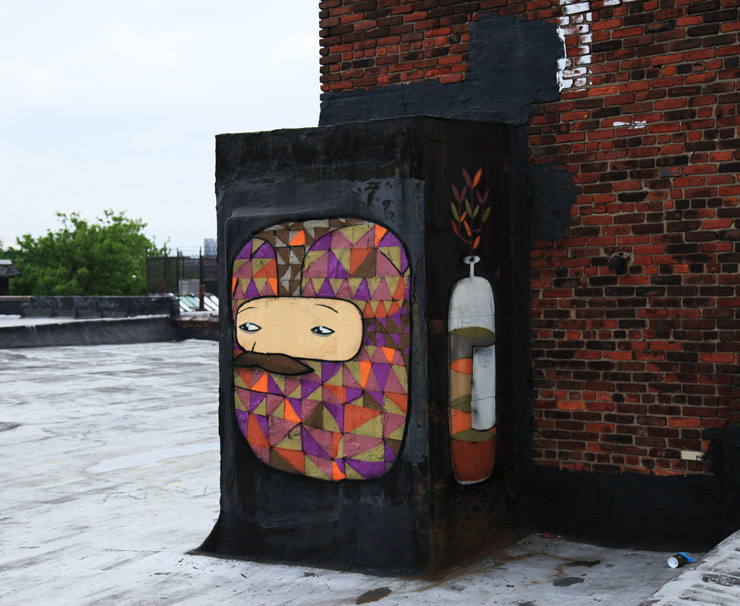 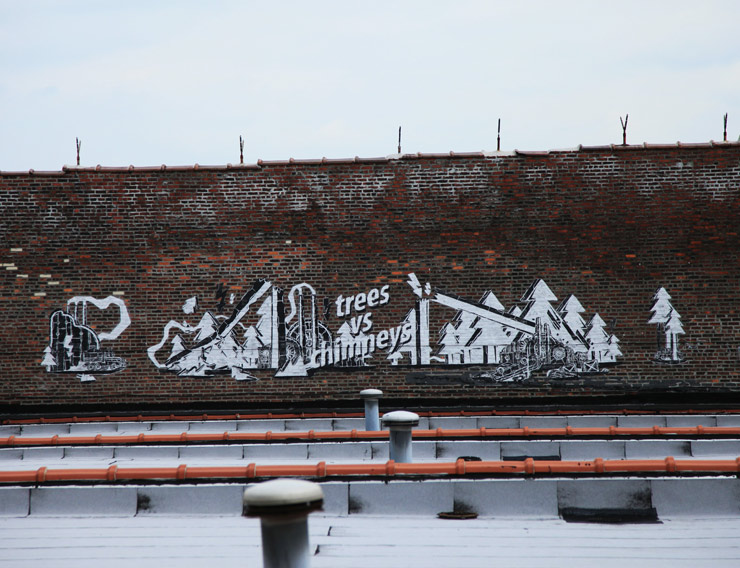 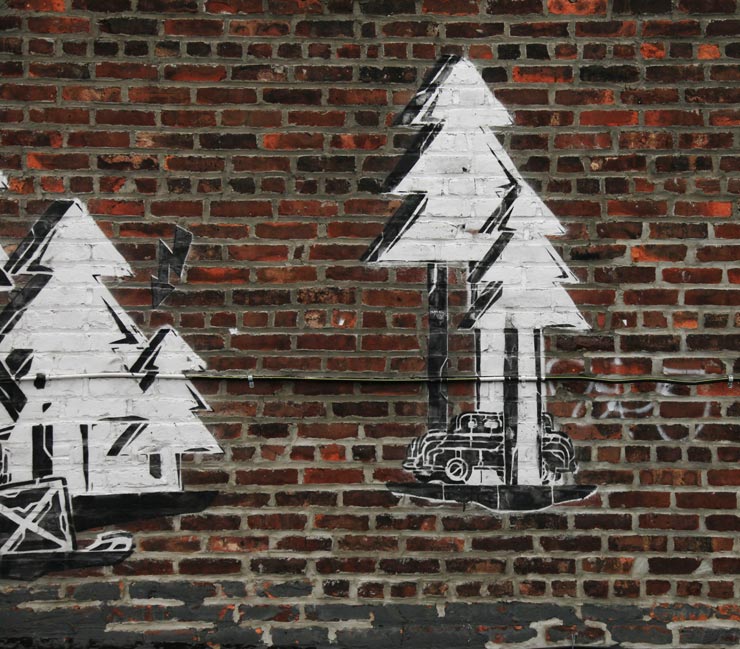 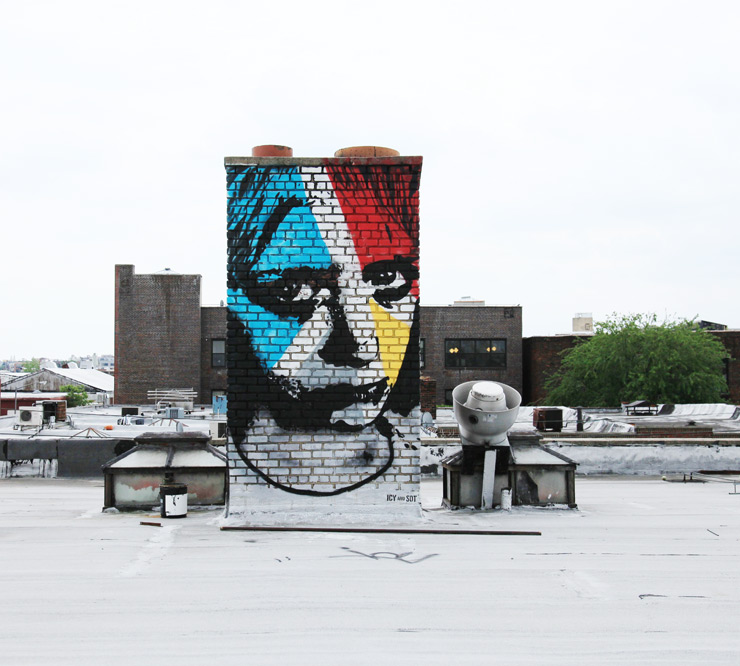 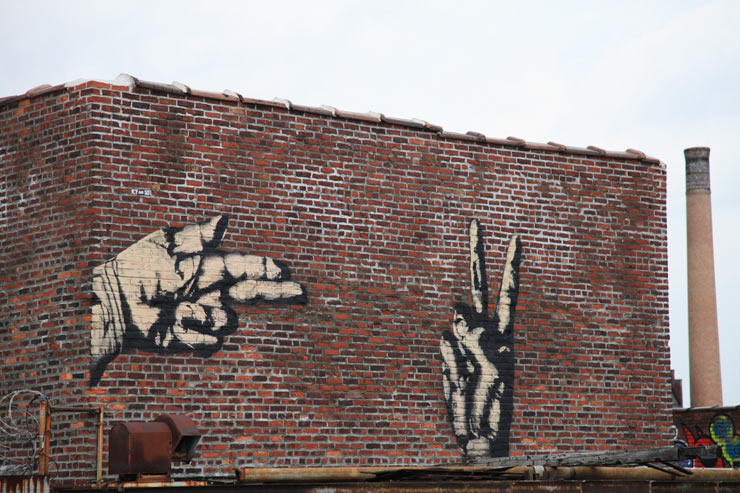 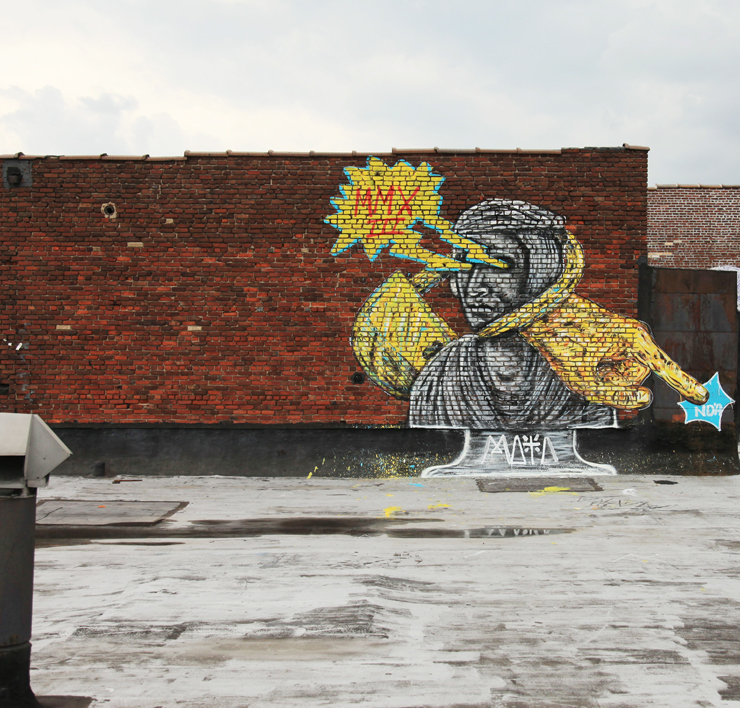 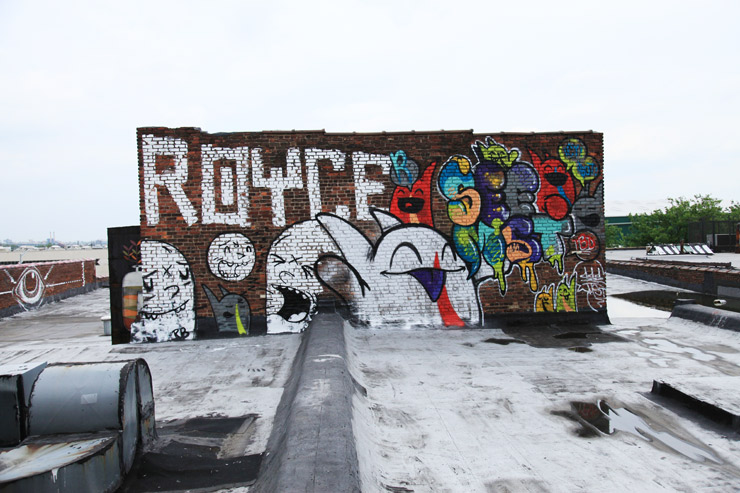 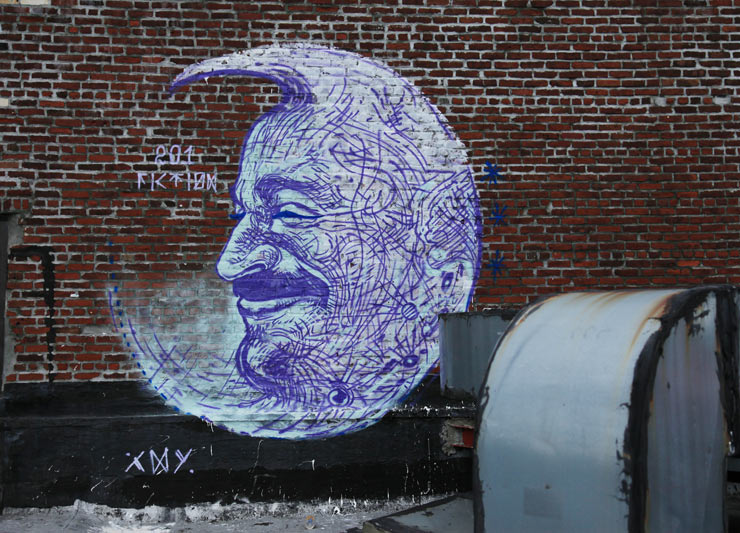 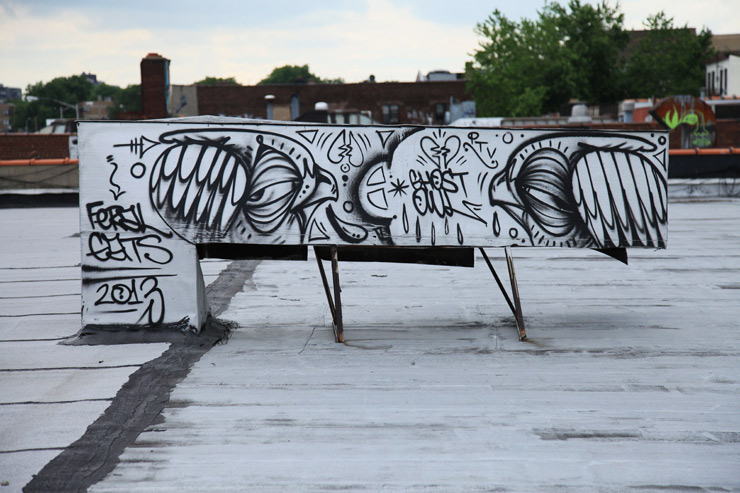 50 Years From Selma, Jetsonorama and Equality in Brooklyn
From Selma to Ferguson, Birmingham to Charleston, Jimmie Lee Jackson to Michael Brown, Street Artist Jetsonorama is crossing the country from Arizona to New York and a half-century of America’s strugg...
MARTHA: A Picture Story. Shots from the Premiere and Movie Review
First things first - Full disclosure; we are featured in the movie and we are close friends with both the subject of the doc and the director and we first suggested to the director that she was the p...
#6 Wish: BSA Reader Marco ; 12 Wishes for 2012
For twelve days we're presenting twelve wishes for 2012 as told by an alternating roster of artists and BSA readers, in no particular order. Together, they are a tiny snapshot of the people wh...
Perplexing the Poles, Mark Jenkins Plays Publicly in Łódź
“Wanna taste these ramen noodles? They’re really good,” says the woman leaning forward to offer you a fork full of the Japanese food, dangling it over your head. What? Mark Jenkins. "Ramen Noodle"...
Guerilla Spam and 108 Paint 2 Versions of the “Quarantana”
The Turin-based illustrator Guerrilla Spam has interpreted the “Quarantana” as a stylized toy extended from the arm of an elegant, almost Egyptian figure in a tall fez. Alessandria-born Street Artist...
Brooklyn Brooklyn Street Art Creepy Ian Ross Icy & Sot Jaime Rojo LNY Mata Ruda MCity ND'A Never NYC Royce Bannon Seeone Solus Steven P. Harrington Trek Matthews VEXTA YOK ZZ