“Tap on it with your teeth, that’s how you know if it’s real solid gold,” says Pernell on 47th street in the diamond district as he holds out a handful of necklaces. In the Chelsea art gallery district, it’s harder to tell what is the real solid thing and what’s just for show – especially now that Katsu took a fire extinguisher full of gold paint to the facade of Eyebeam this week to promote their new show. 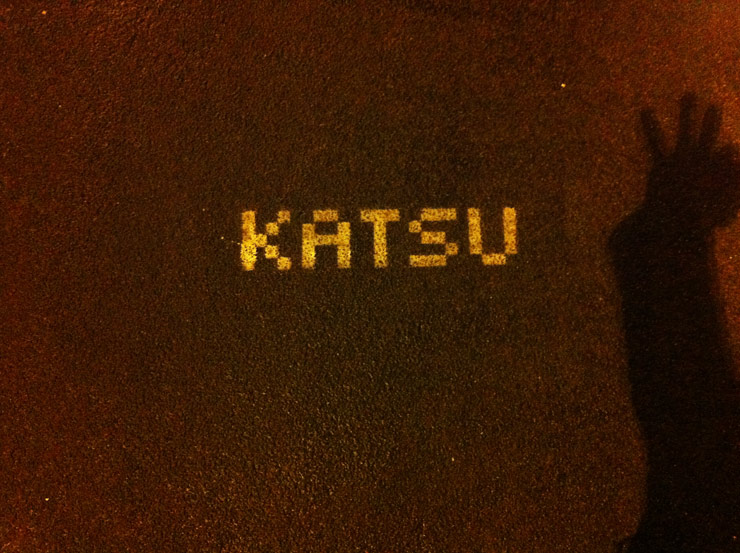 He’s good at catching your eye; combining the unbridled outlaw qualities of a graff aerosol/sticker artist with the on-point sizzle and repetition of an advertising campaign – or subvertising as the case may be. And while a variety of graff peeps have climbed on and ridden the unwieldy extinguisher horse on big walls in Brooklyn and elsewhere for a handful of years now, nobody has done a façade with such a staged splash of glimmering aurelian while many photographers looked on, capturing the action in broad daylight.

As we were looking at the new stuff we thought we’d take a minute to dig through some recent pics to familiarize BSA readers with some of Katsu’s stuff on the street in the last couple of years. 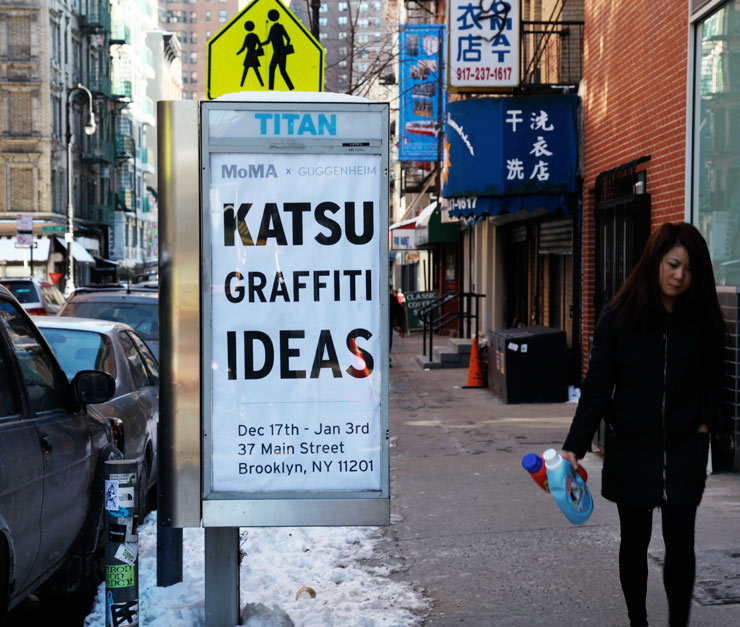 KATSU. Phone booth take over a few years ago to promote his show with Destroy and Rebuild at Powerhouse put on by Mighty Tanaka Gallery. (photo © Jaime Rojo) 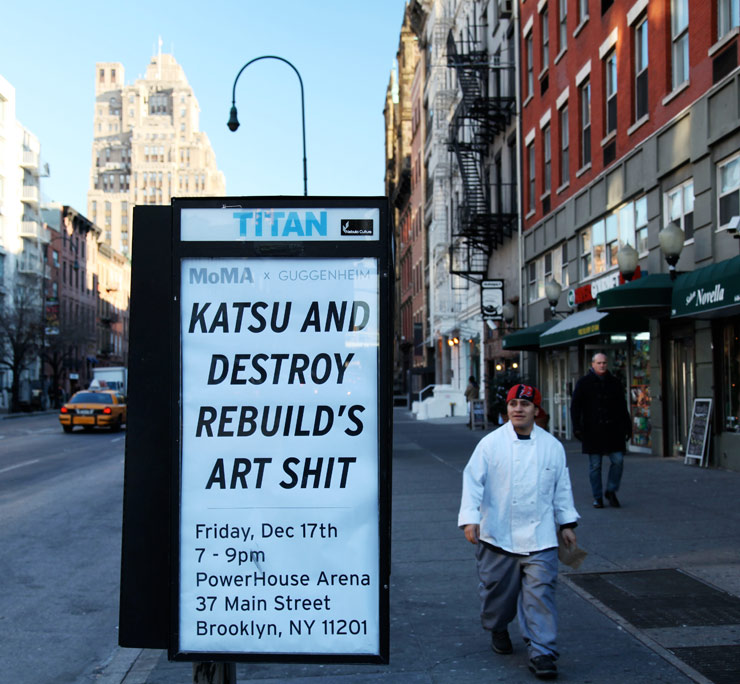 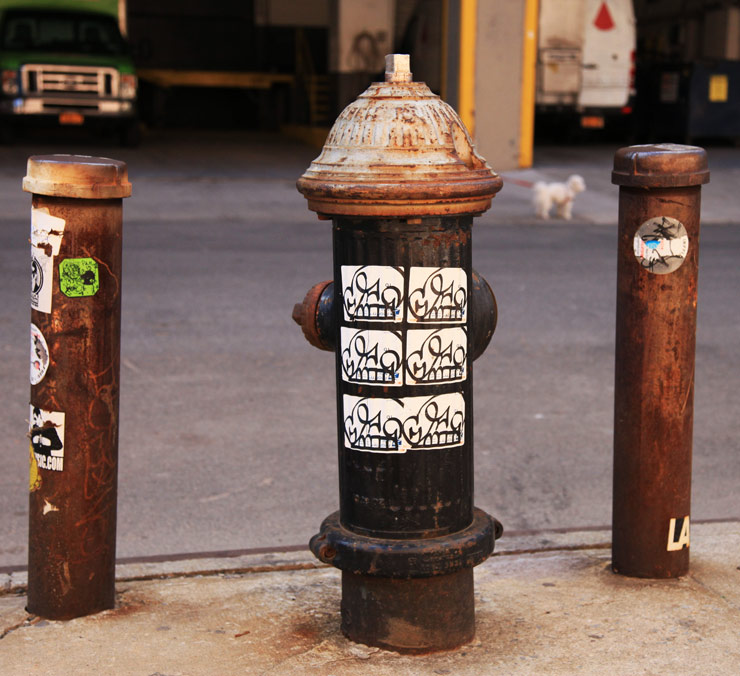 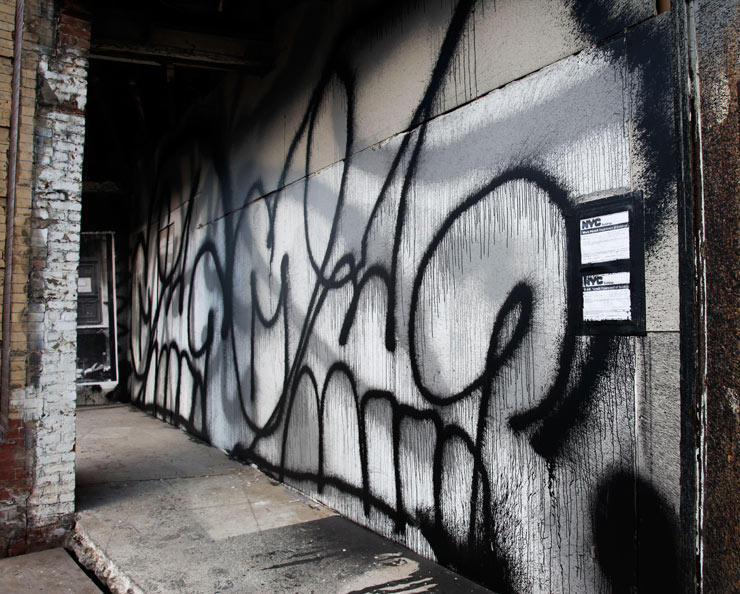 KATSU and the skull reprised via extinguisher. (photo © Jaime Rojo) 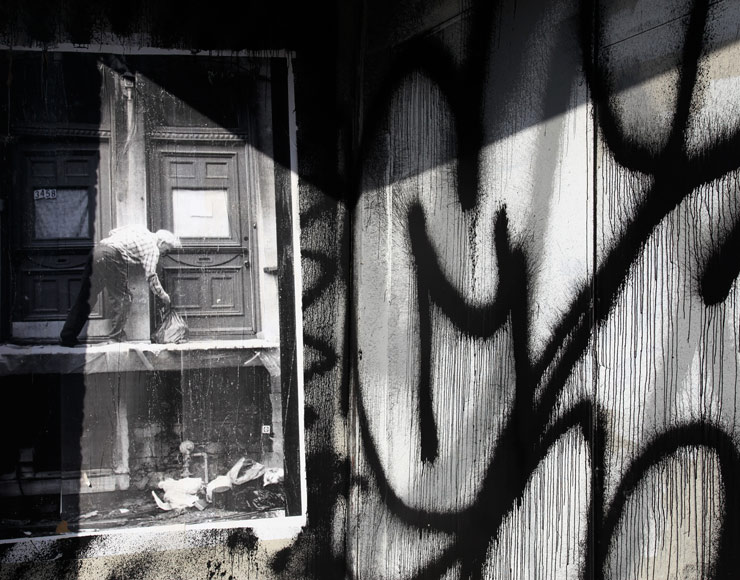 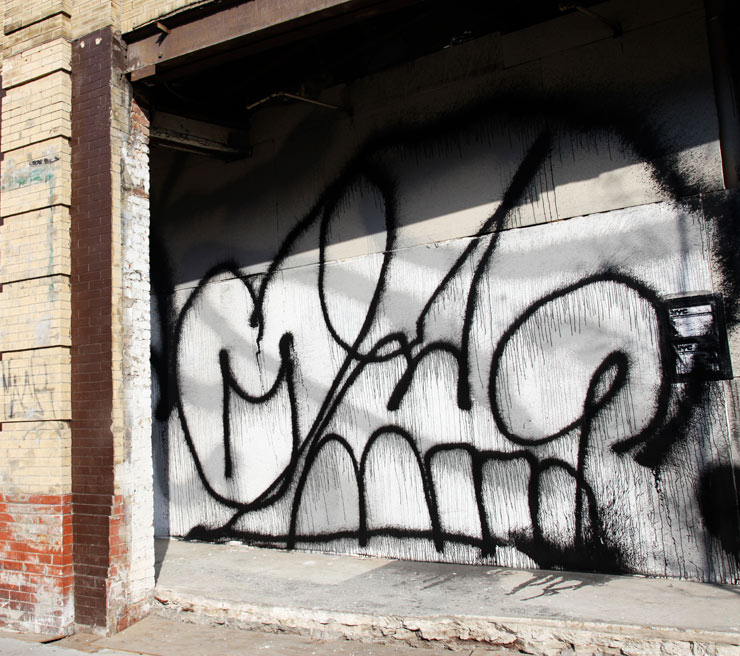 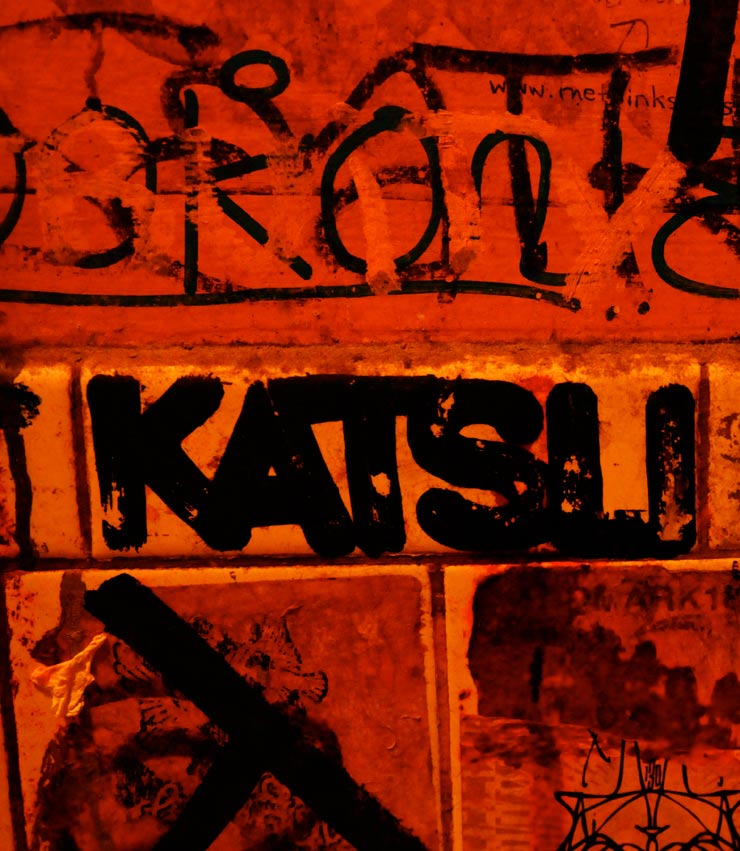 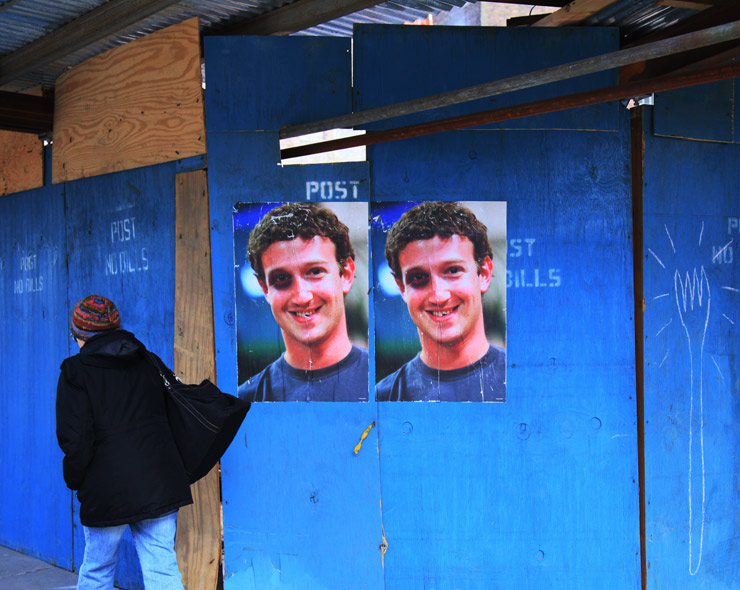 A new campaign of posters by KATSU features multiples of Facebook founder Mark Zuckerberg – something he calls “Status Update”. In interviews he is quoted saying he is concerned about data security and personal privacy issues. (photo © Jaime Rojo) 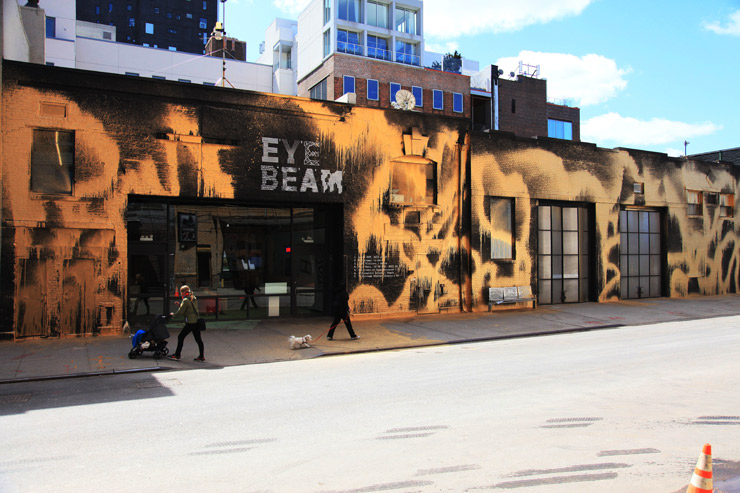 Community and Street Aesthetics Popping at Jersey City Mural Festival 2021
You know the shy kid at the party who won’t hit the dance floor even if Jesus himself begged him - and then he hears his jam and suddenly starts doing flips, tricks, and power moves? Woes. Jer...
SpY Lights Up Madrid with Green Lasers
Spanish street artist SpY has been stretching the limits, blurring the lines, if you will, between street art, installation art, and creating “situations” in cities for the last decade. In this new s...
BSA Images Of The Week: 05.31.20 / Dispatch From Isolation # 70
Welcome to BSA Images of the Week. The streets are alive with street art and pointed political protest. NYC citizens are joining the cities and communities across the country who are demonstr...
Tours, Films, & Fight Night : Nuart x Aberdeen x BSA Dispatch 3
“I have two questions,” said one smartly sweatered and coiffed lady of a certain age. She had grabbed an elbow as we waded through the 350-person tour that we were leading through Aberdeen streets w...
Mr. Sis Paints #SoloUnBeso in Barcelona
They don’t call it World Pride for nothing, and many artists are creating new public artworks this month to commemorate the 5oth anniversary of the modern rights movement for LBGTQ+ people in many ci...
Brooklyn Street Art Jaime Rojo Katsu Steven P. Harrington