Bring Back The Boardwalks 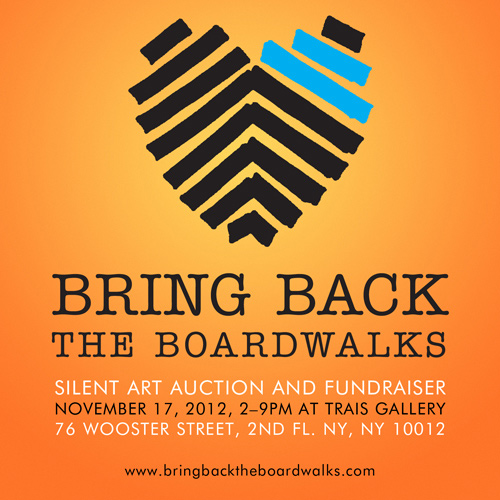 Silent auction on Saturday, November 17th from 2pm – 9pm at

What: BRING BACK THE BOARDWALKS will donate 100% of the proceeds of the silent auction to the recovery and

rebuilding of the communities of the Rockaways and Coney Island. As New Yorkers, so many of our memories are

connected to the boardwalks of these wonderful places so close to NYC in the Rockaways and Coney Island. We are all

rallying together to help these places recover, rebuild and… come back again.

BRING BACK THE BOARDWALKS committee:

When: Saturday, November 17th from 2pm-9pm