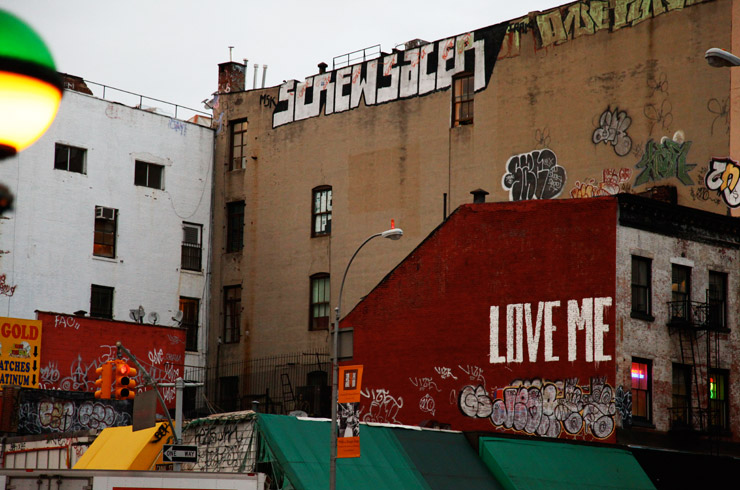 Bisual's Trippy Interlude with Drug Culture in Barcelona
BISUAL’s post-human sallow skinned characters are laboratory inventions that contain elements of animal, chemical, organic, electronic, psychedelic – minus the superpowers or sleekness of your typical...
A NYC Subway Train In Queretaro, Mexico
When local graff writers in Queretaro, Mexico heard that New York’s famous photographer Martha Cooper was going to be in their town for a new exhibition they decided to welcome her in the best way th...
Images Of The Week: 01.05.14
It's been weeks since we had an "Images of the Week" posting with you, due to the end of the year spectacular we presented  for 13 days; a solid cross section of the talented photographers who a...
BSA Images Of The Week: 07.27.14
Tragedy is grabbing world headlines again and we can't help but be swayed by it as the downed passenger aircraft in Ukraine smells of a lawless future and the international community s...
Threatened Species Painted on London Walls for "Endangered 13"
23,250. That’s how many wild species are listed as threatened worldwide by the International Union for Conservation of Nature (IUCN). A newly curated mural project in London aims to begin raising aw...
Brooklyn Street Art CA Curtis Kulig Deedee Cheriel Evan Pricco Gallery For The People Los Altos Hills Marisa Tomei Sage Vaughn