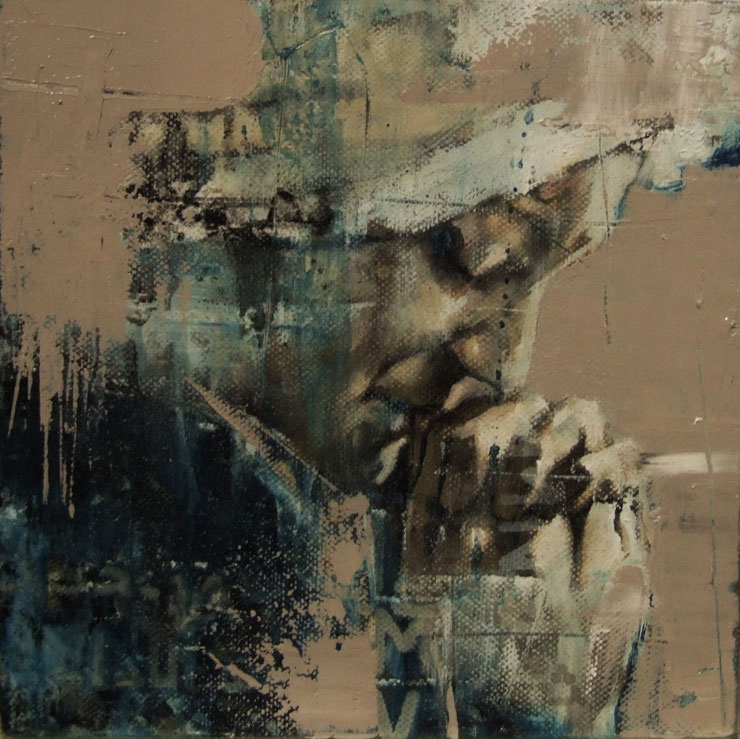 We are delighted to announce that we are showing the work of the much loved and respected Bristol artist, Guy Denning in his first London solo show for two years. It’s the final part of his trilogy of exhibitions interpreting Dante’s The Divine Comedy; PARADISO. Inferno and Purgatorio, which were shown in Bologna and New York, were a tremendous success and we think that the final part of the cycle will be equally so.

In PARADISO Denning has created a series of works that use highly individual visual imagery to depict the ecstatic route to a place of resolution and rest (for Dante the route to heaven). He is intrigued by how the moral ambiguities of the world we live in; with it’s emphasis on glorifying the here and now, finds resonances with the unshakeable medieval belief in the existence of life after death. Like Dante, Denning draws on contemporary political concerns to illustrate his vision.

Part of the exhibition is inspired by Beatrice, Dante’s long dead love, who is the central figure in the poem and who symbolises feminine purity and vulnerability. To represent this aspect of PARADISO Denning has painted a series of delicate portraits of famous women from the recent past, who died young and who have found immortality in their enduring youth.

Denning has been an artist all his adult life and in 2007, he moved from Bristol to rural Brittany to concentrate fulltime on his painting. The artistic freedom this move has given him has contributed greatly to the intense and consistently beautiful work that he has produced in this period; quite simply it has raised his art to a whole new level.

His belief in the importance of drawing skills is the foundation of all his work. He uses traditional painting methods of building up work from underlying sketches, mostly from life and often using his friends as models. Guy’s painting, mainly oil on canvas, is approached with an intellectual rigour, which is always directed towards a truthful interpretation of the world as he sees it.  He is a unique artist in his technique, manner and choice of subject matter and this is at its best in his modern representation of Dante’s 14th century world.

The private view is on the 4th October and the show runs until the 27th October. Please let us know if you need any further information or images. Here is a link to a preview video that we think captures the very essence of PARADISO

"Welling Court" 2014, a Grassroots Mural Event Turns 5 in Queens
When the revered graffiti holy place named 5Pointz in Queens, New York was buffed and slated officially for demolition last fall the collective response of the graffiti / Street Art fan base and commu...
Los Asbestos: "Let Me Unsee" in Belfast
I see you, Asbestos. The war on our minds continues apace, advertising and propaganda selling shampoo and wars and sowing confusion at such a rate that increasingly, we are willingly forgoing crit...
Bayonne Diary, From Alban Morlot's Point of View
Here in Basque country you can casually drive between Bilbao (Spain) and Bayonne (France) as if you were just heading out to the shopping mall to buy new kicks. The signs of course are in multiple la...
Dalek - Buff Monster: "Spaced Out" in Manhattan
Optically entertaining Street Artists Dalek and Buff Monster don’t typically work together and are known for uniquely different approaches although their new “Spaced Out” double-solo show at GR Galler...
Photos Of BSA 2021: #17: Mother Nature OG Best Artist
We’re celebrating the end of one year and the beginning of the next by thanking BSA Readers, Friends, and Family for your support in 2021. We have selected some of our favorite shots by our Edito...
Brooklyn Street Art Guy Denning London Signal Gallery U.K.