We’re keeping it local today with an empty patch of real estate on Manhattan’s Lower East Side called “The Grassy Lot” that’s been semi-curated for about a year with an eclectic mix of American and Australian ex-pats. It’s a nice little patch of grass that is sometimes rented out for events and receptions – also it is used occasionally for rumored topless sunbathing, water balloon fights, or the periodic impromptu late night assignation after stumbling out of a nearby watering hole. 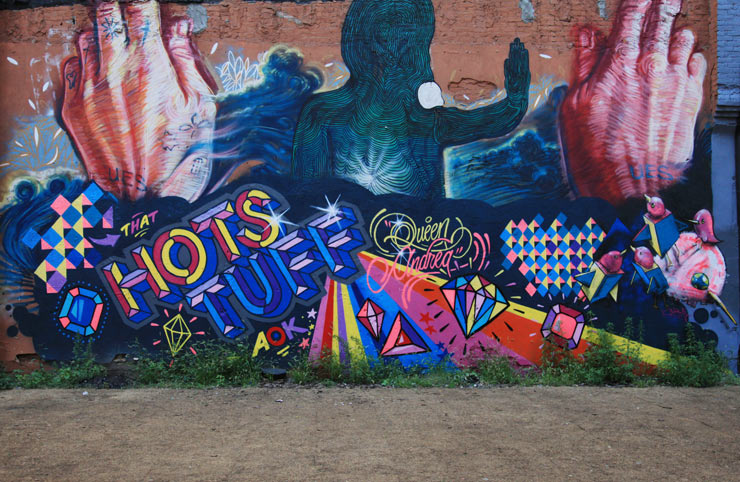 Like all fun things, Summer is drawing to a close, at least officially. For those of you who walk the streets of this city either with your eyes closed or fixed on your belly button we inform you that it was the Summer of Love ’12 for The Yok and Sheryro, who stayed at the top of the aerosol charts due to their sheer industry. This little lot has some examples of their stuff, but really they seemed to get up all over.  Here also is Queen Andrea, who has also been making a strong showing of late, along with stuff from Cake, Cern, Daek1, Gaia, Nanook, Never, and Sean Morris.

Brooklyn impresario Joe Franquinha of Crest Art Show fame was the procurer of art at “The Grassy Lot” again this year and we extend our gratitude to him for letting us give a peak to BSA readers. 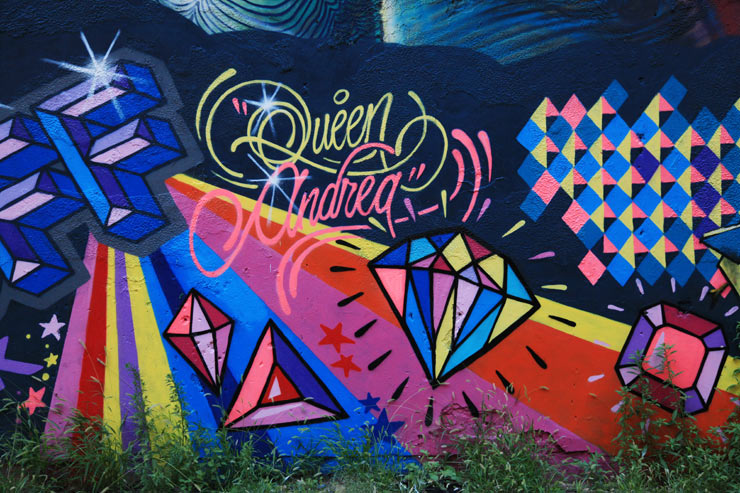 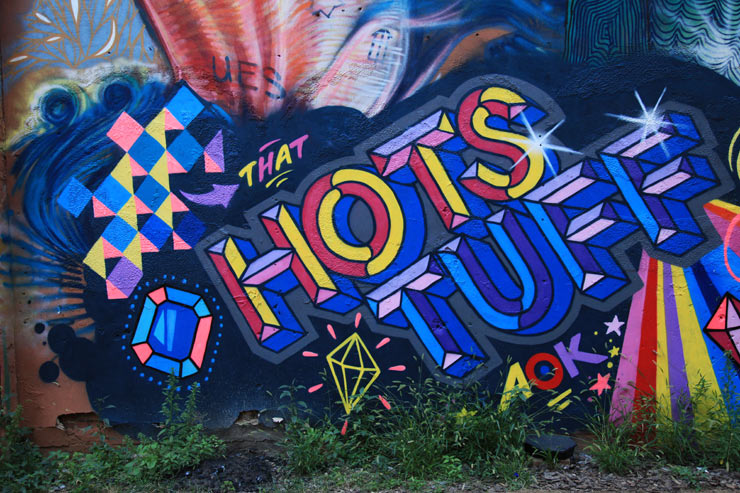 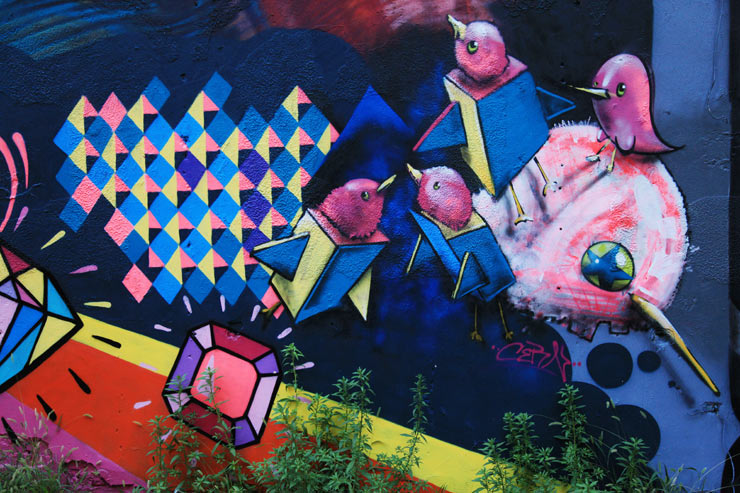 A Queen Andrea detail with a duet with Cern’s birds on the right. (photo © Jaime Rojo) 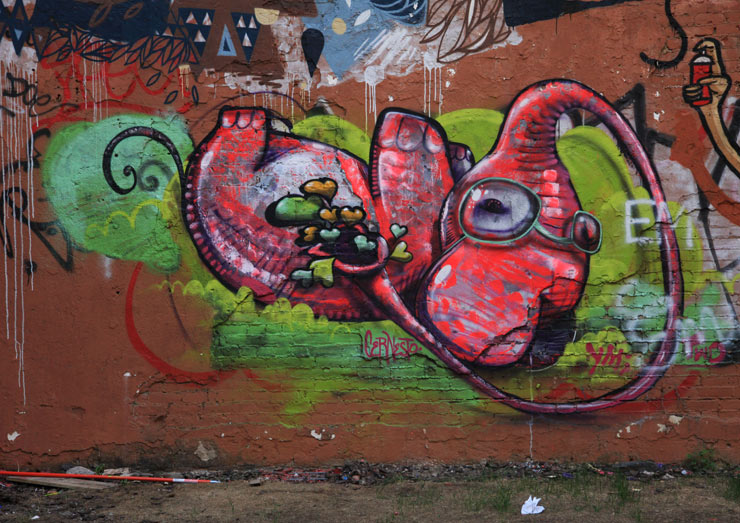 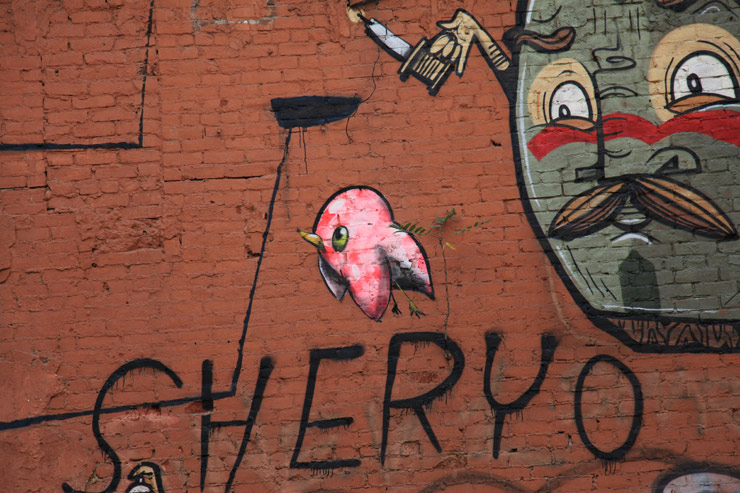 The Yok from last year illuminates the way for Cern. (photo © Jaime Rojo) 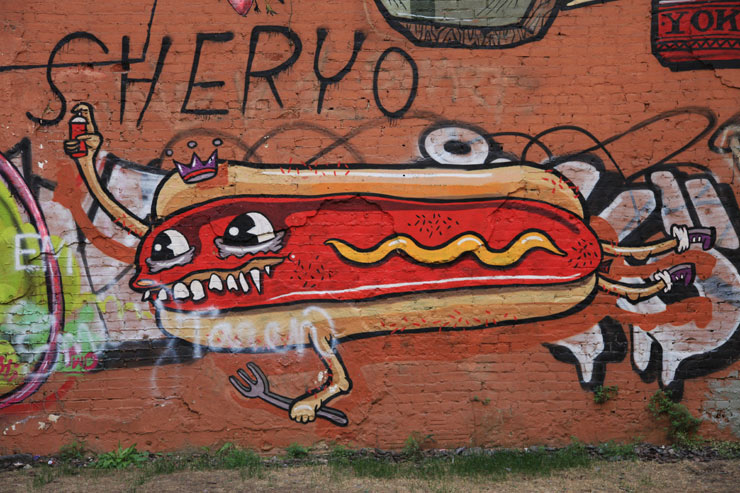 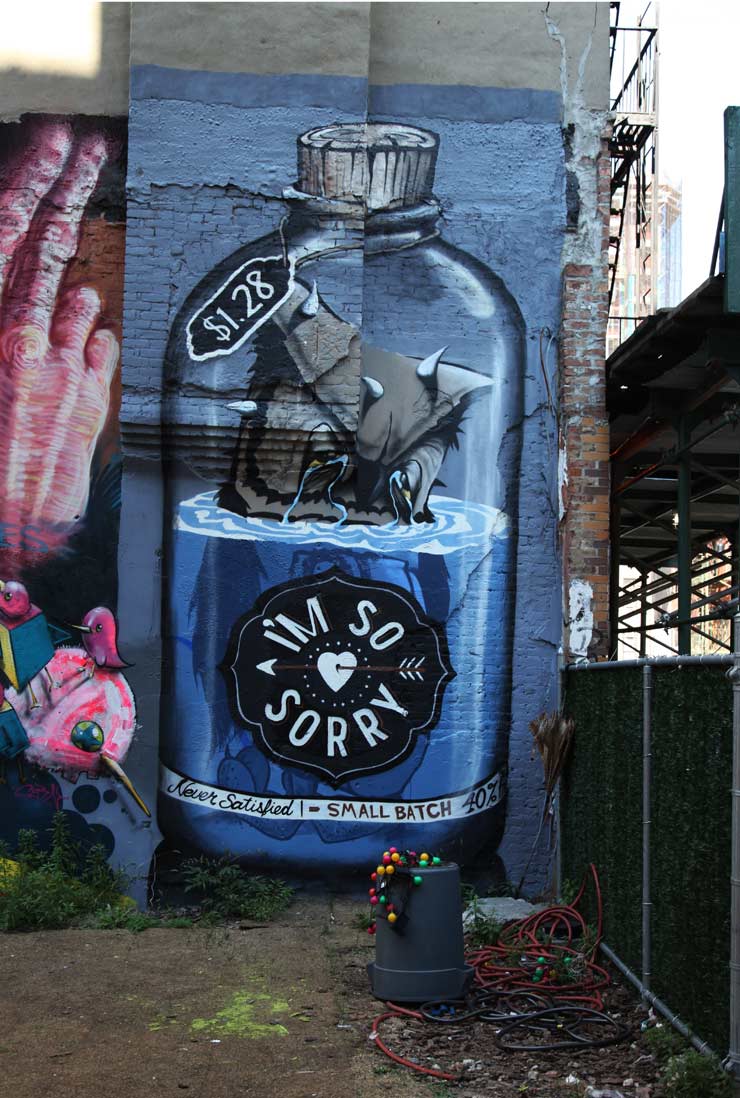 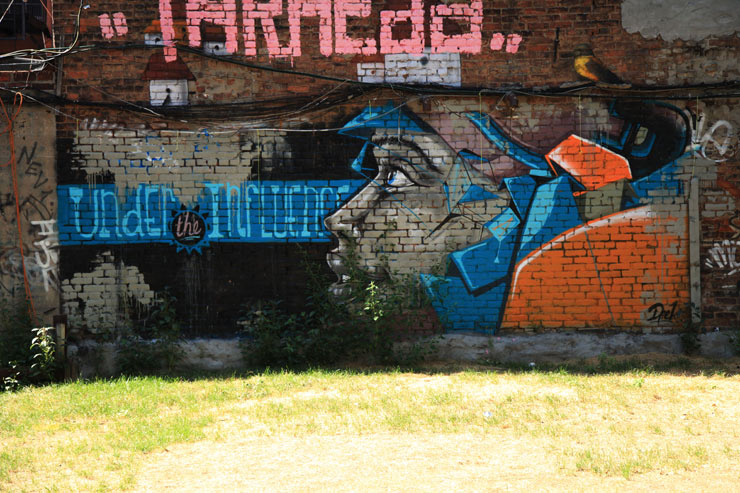 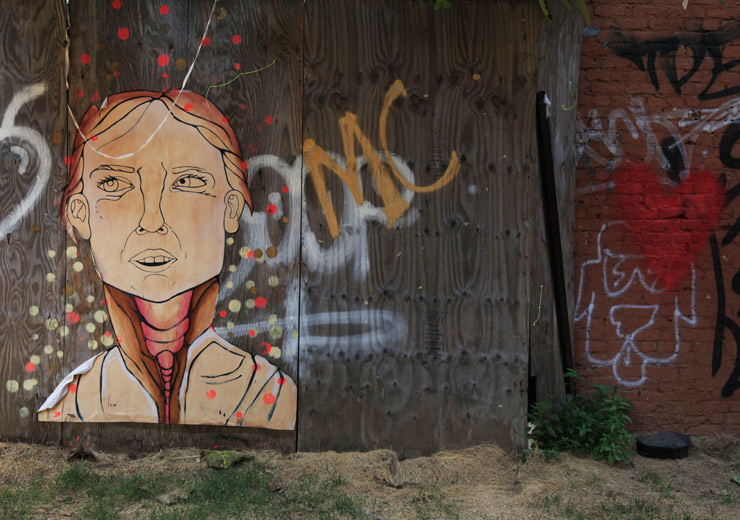 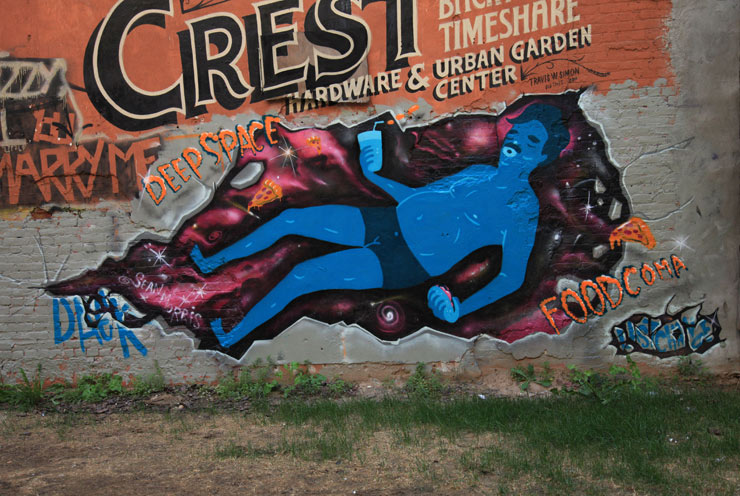 Sean Morris ate too many Sheryo hot dogs this summer, evidently, and is still in a food coma. (photo © Jaime Rojo)

General Howe: Fruits of War and Imagination
If you pay close attention, you will always see something new on the street in Brooklyn. Thanks to the imagination and efforts of General Howe, a street artist who has been laboring carefully in smal...
Ron English and the "American Temper Tot" Pop Out In New York City
All American Temper Tot is the name of the new installation by Street Artist Ron English on the Houston Bowery Wall in Manhattan, and the US flag-based design may be comforting to the average patrioti...
Bom.K x Moniker x BSA
In advance of Moniker in Brooklyn this May, we are interviewing some of the artists who are influenced both by street practice and fine art as the contemporary urban art category continues to evol...
0907 Feels Like "The Radiant Child" in Beijing
The resonance of Brooklyn/New York Street Arist Jean Michel Basquiat continues to amaze us, in his reach, in his relevance to people who he may have never imagined that he would inspire. Today we bri...
Figurative Dispatch From Cuenca, Spain.
So far the activity of traipsing through a town to discover new Street Art, graffiti, and murals will not put you at risk of contracting a virus. Daniel Eime. Barrio San Antonio. Cuenca, Spain, (p...
Brooklyn Street Art Cake Cern Daek 1 Gaia Jaime Rojo Joe Franquinha Manhattan NANOOK Never NYC Queen Andrea Sean Morris Sheryo Steven P. Harrington The Grassy Lot The Yok