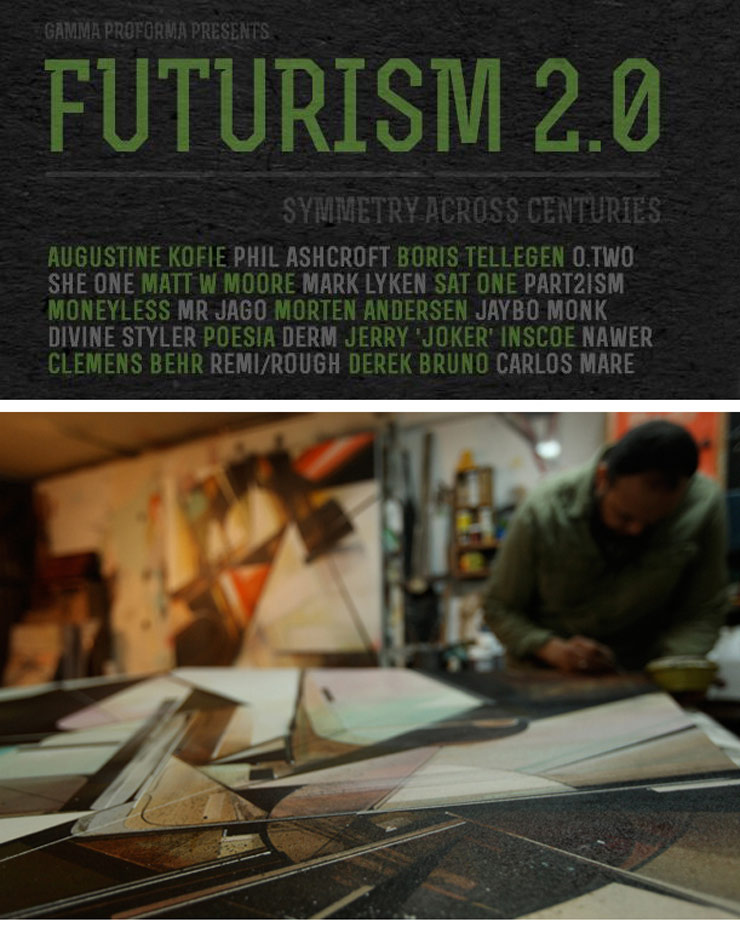 Said Dokins Says "This is Not the End of the World" in Mexico City
Checking in with Panteón Cultural Center in Mexico City, where we first took you when it was inaugurated in 2017, we find street artist/ fine artist Said Dokins participating in a large exhibition an...
LA in Berlin, Urban Nation Unveils Project M/4
Urban Nation in Berlin bellows quietly again as it partners with Andrew Hosner of Thinkspace in LA for an eclectic Project M/4 installation and group show. Dabs & Myla on the facade. Project M/...
NUART 2015 Box Set Boasts Jamie Reid, Martha Cooper, Futura, and More
A quick shout out today to a not-for-profit organization we work with in Norway called Nuart, whose Street Art festival is one of the best and which celebrated its 15th year this September. As a fundr...
BSA Images Of The Week: 10.14.18
Hope it isn't trite, but don't give up on your dreams - that's what Street Artist AJ Lavilla advises in this piece on the sidewalk in Brooklyn. Dude and Dudette, this life can kick the stuffing ...
Sweden Starts "No Limit" Mural Festival in Borås
It isn't just Nuart any more. Scandinavia is taking their mural festivals seriously thanks to buoyant economies, arts programming support, and a growing global appreciation for art in the streets in ...
Augustine Kofie Blackall Studios Boris Tellegen (Delta) Brooklyn Street Art Christopher Derek Bruno Clemens Behr Derm Divine Styler James Choules (sheOne) Jaybo Monk Jerry Inscoe (Joker) Keith Hopewell(Part2ism) London Mark Lyken Matt W. Moore MONEYLESS Morten Andersen Mr. Jago Nawer O. Two Phil Ashcroft Poesia Remi/Rough Sat One U.K.