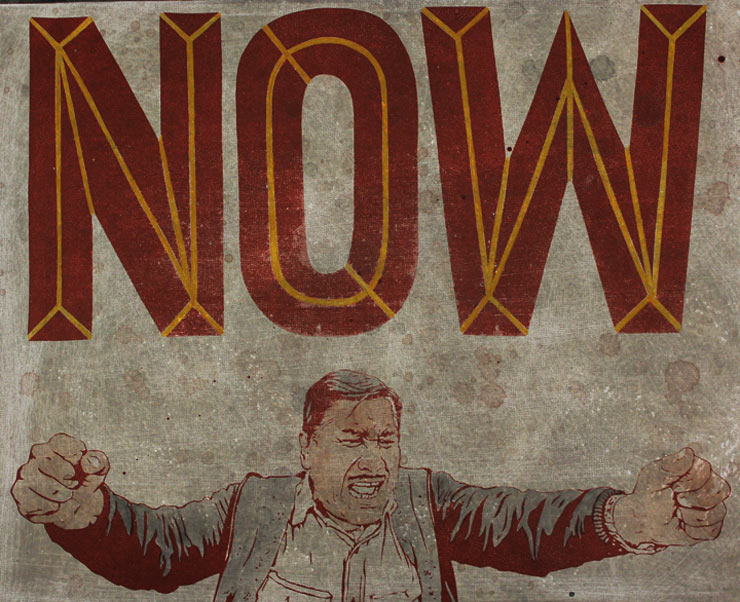 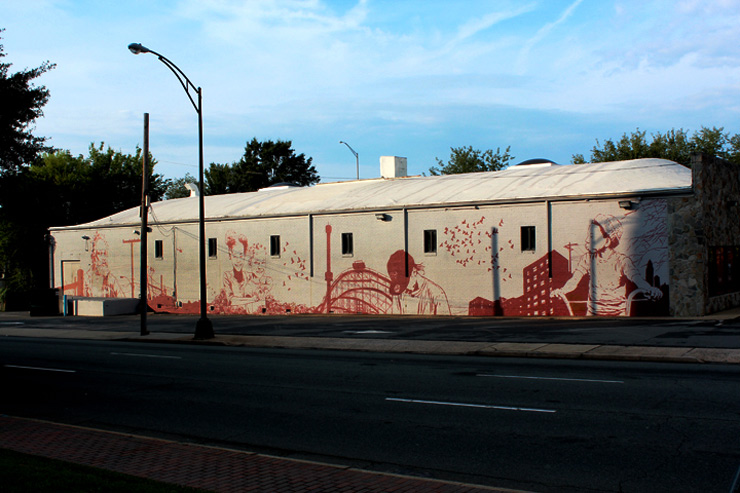 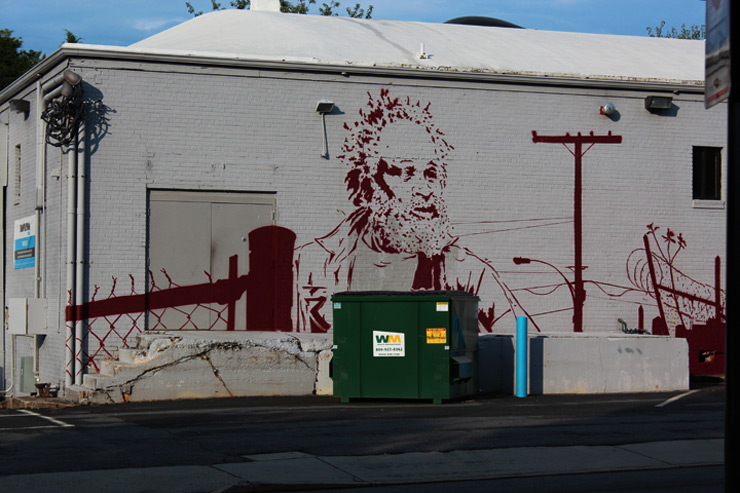 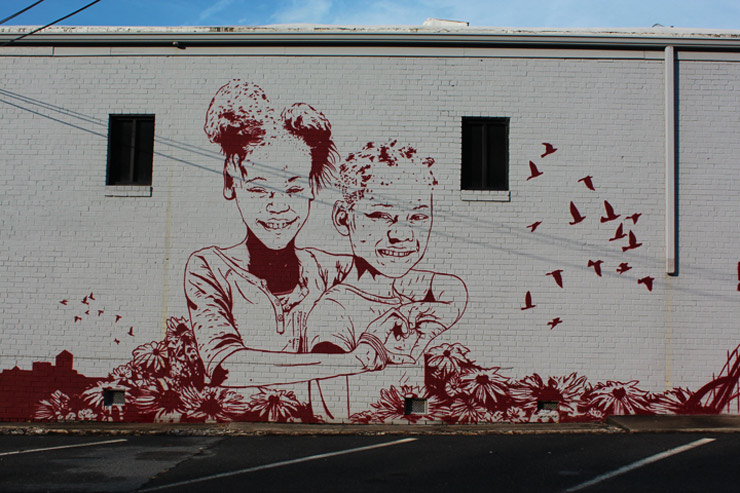 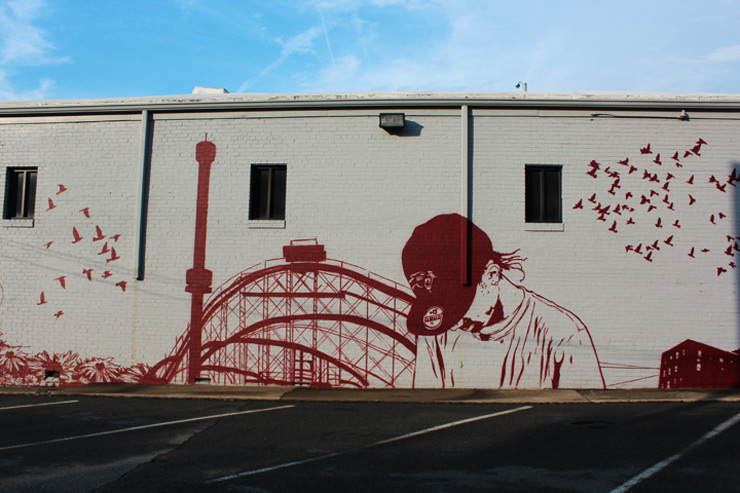 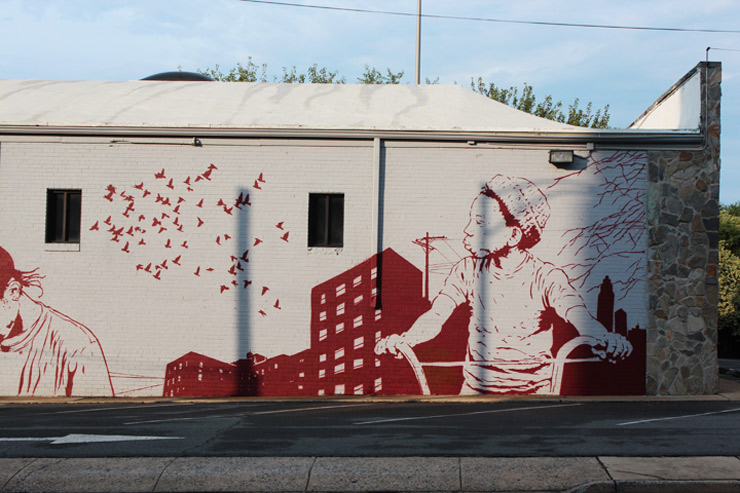 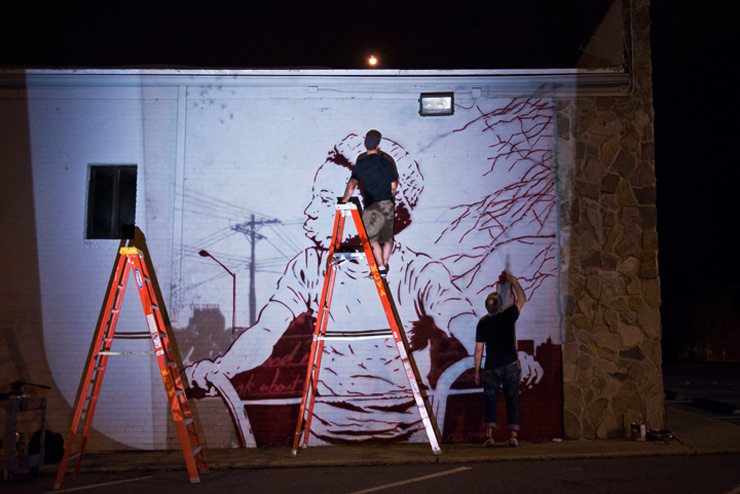 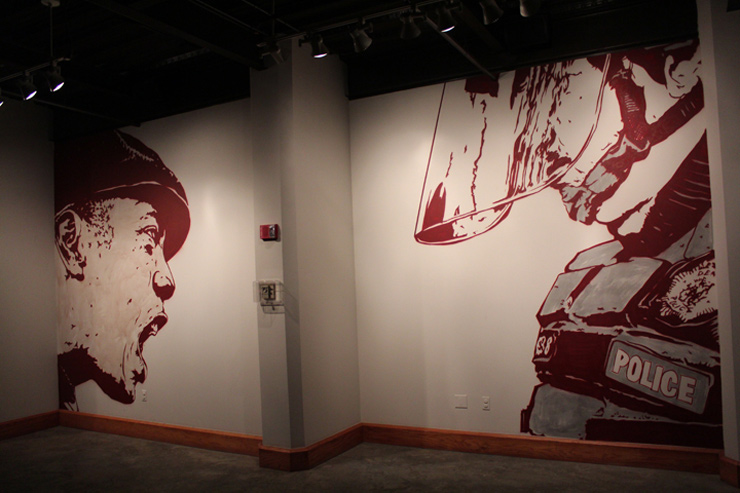 Converting Gold From Our Waste: "Bordalo II / 2011 - 2017"
Bordalo II 2011 - 2017. Editor & Publisher Bordalo II. In conjunction with ATTERO and exhibition by Bordalo II held in Lisbon. November, 2017. Lisbon, Portugal. Are those Ai Weiwei bicycles clu...
The Singular Voice Retains Power : Small Stencils on the Street
The small singular voice. Unidentified Artist. Dresden, Berlin. (photo © Jaime Rojo) Contesting public space only takes a modest act of conscience or creativity, or both. Hand cut one color stenci...
Saype Sprays Parliament Lawn in Belfast
Today we go to Belfast to see the latest installation of the “Beyond Walls” campaign of large-scale artworks by the French-Swiss street/land artist Saype, Saype. Beyond Walls Project. Parliament B...
"Love in a tough time": Crash x Joe Iurato at Welling Court 2020
"And now these three remain: faith, hope and love. But the greatest of these is love." Graff train writer, street artist, and studio artist CRASH invokes a Bible verse (1 Corinthians 13:13) here t...
Osona Artimur Festival in Spain. First Edition / Part I
A 5-village mural program will be surely eclectic, to say the least. The first Osona Artimur Festival produced 19 of them, murals that is, and each speaks to the sensitivities of the modern era, an a...
Ben Premeaux Brooklyn Street Art Charlotte Chris Stain Jaime Rojo Josh MacPhee NC Steven P. Harrington