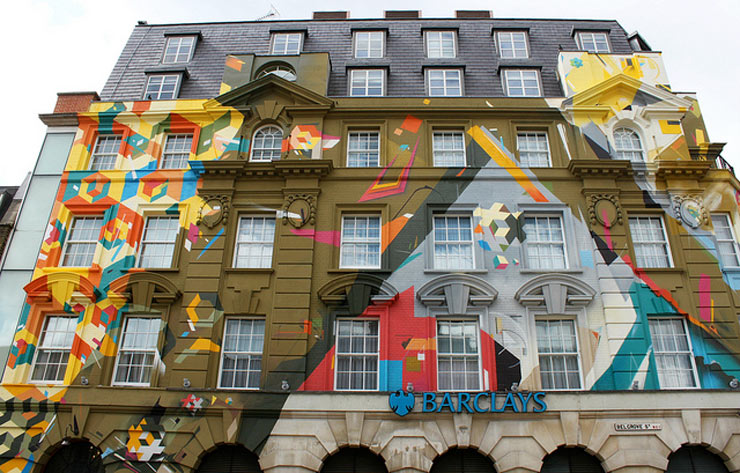 Meres One Says "Love Is Love"
When a real graffiti head hits you in the heart, you know it's going to burn brightly. NYC writer Jonathan "Meres One" Cohen has been getting up on the streets for 3+ decades with his distinctive ...
Scenes From a Spanish Restaurant : The Culinary Delicacies of DavidL
Barcelona Street Art may have been booted from many streets a few years ago during a period of commercial fueled gentrification but that organic scene sparked a generation of talents who continue to t...
BSA Images Of The Week: 03.21.21
Nowruz Mubarak! Happy Persian New Year to all the New York neighbors who celebrate it. Also, Happy Spring! Did you think it would never arrive? Already the birds are chirping in the trees, and th...
THIS JUST IN: LOVE MAKES WORLD GO AROUND (Millo in Kiev)
Dateline: Kiev, August 2016 Mural Social Club Festival continues apace in Kiev (also spelled as Kyiv) with a huge wall by Italian Street Artist Millo (Francesco Camillo Giorgino). Millo work in pr...
BSA Images Of The Week: 01.03.2021
Welcome to the first BSA Images of the Week of 2021 ! We start our collection this week with an image of Christ crucified on a Facebook logo. If this is the level of subtlety that we can expe...
Brooklyn Street Art Newcastle upon Tyne Remi Rough Unit 44 Gallery