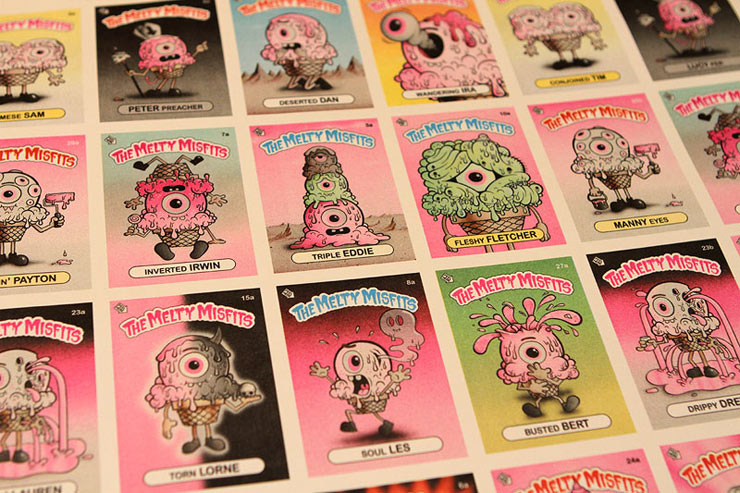 On Saturday, April 14, Los Angeles street artist Buff Monster returns to Corey Helford Gallery to unveil the “Legend of the Pink Cherry,” his fifth solo exhibition at the gallery and his most ambitious to date.

Internationally known for his super bright, happy, and bold imagery, the paintings in the main gallery will celebrate the last eleven years of Buff Monster’s career, culminating in a timeless epic tale of good vs. evil. For the “Legend of the Pink Cherry,” the artist draws inspiration from Renaissance paintings. Buff Monster will introduce his latest creamy creation, a soft serve ice cream cone with human-like arms and legs. Each acrylic-on-wood panel piece in the show is delicately rendered with airbrush, a first for the artist.

Buff Monster’s narratives are more character and figure-based than before, and the series of paintings created for the exhibition will also reveal a new direction in Buff Monster’s career. “I’ve always thought of my work as inspired by and representative of Los Angeles—Hollywood more specifically. Los Angeles is the birthplace of Buff Monster. Part of why I feel compelled to tie everything together is that I feel that this chapter of my life and my work is coming to an end, and I’m looking to the future. It’s time to go East.”

The upstairs gallery will feature the second half of the exhibition, the debut of a project Buff Monster has been working towards his entire career: “The Melty Misfits,” a set of 60 collectible trading cards honoring the the Garbage Pail Kids. “I know more about Garbage Pail Kids than anyone you will ever meet,” Buff Monster adds, and in keeping true to the original form, each painting is 5”x7” on watercolor paper with acrylic and airbrush. The cards will be released on opening night, and the original paintings will be on display. Buff Monster notes, “I am going through a ton of work to make these as close to the vintage cards that we grew up with as possible. They’ll be printed offset using a custom paper stock and custom-mixed inks, and will come in wax packages just like cards from the 80s.”

The opening reception for the “Legend of the Pink Cherry” takes place Saturday, April 14 —Buff Monster’s birthday —at Corey Helford Gallery. The reception is open to the public, and the exhibition will be on view through May 5, 2012. 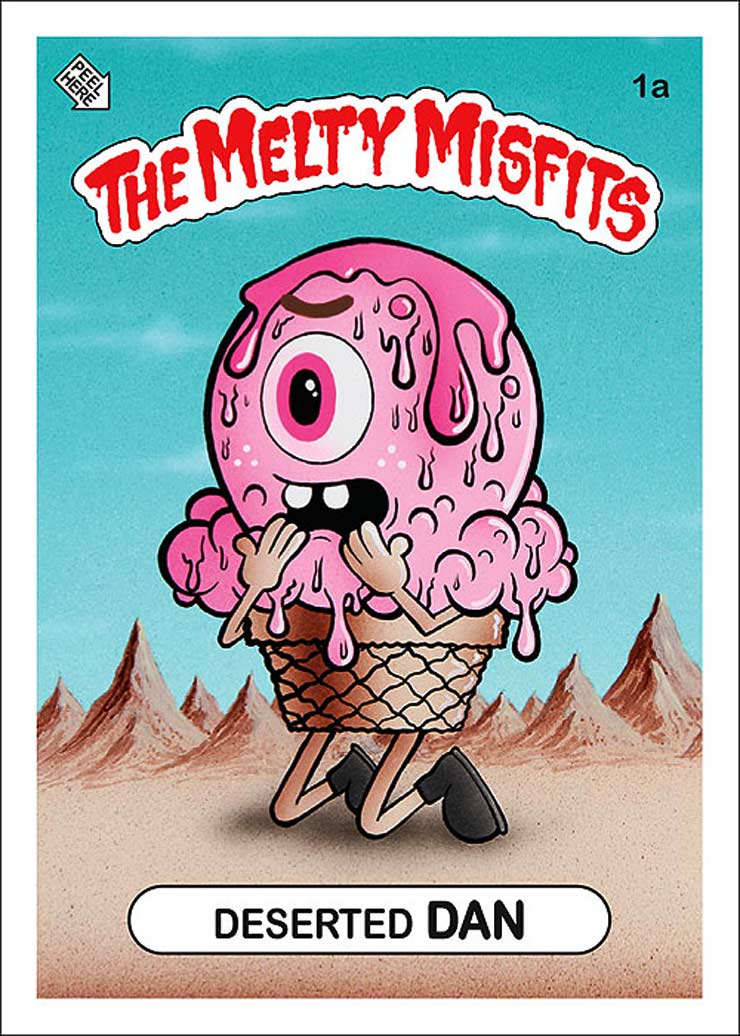 Buff Monster
Buff Monster lives in Hollywood and cites heavy metal music, ice cream and Japanese culture as major influences. The color pink, a symbol of confidence, individuality and happiness, is present in everything he creates. Buff Monster’s creative endeavors began by putting up thousands of hand-silkscreened posters across Los Angeles and in far-away places. His frequent poster missions developed into a productive street art career, and he now works on fine art paintings, collectible toys and select design projects. He paints on wood, taking great care to create his images as flat as possible. His work has been shown in galleries worldwide, often accompanied by large installations. Buff Monster has released numerous signature vinyl toys through leading vinyl toy companies, and has many other projects in the works. His art has been published in a variety of magazines, websites, newspapers and books, including Juxtapoz, Paper, Nylon, Cool Hunting, Angeleno, The Los Angeles Times, LA Weekly, The New York Times, and many more. He was recently featured in Banksy’s movie Exit Through the Gift Shop. And in January of this year he painted a mural on the exterior of The Standard Hotel in Downtown Los Angeles. Buff Monster works tirelessly day and night to spread happiness, joy and a love of pink. For more information about the artist, please visit buffmonster.com.