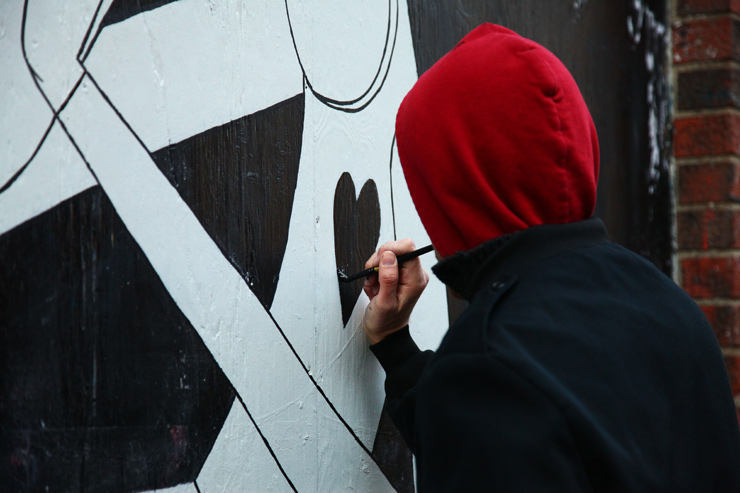 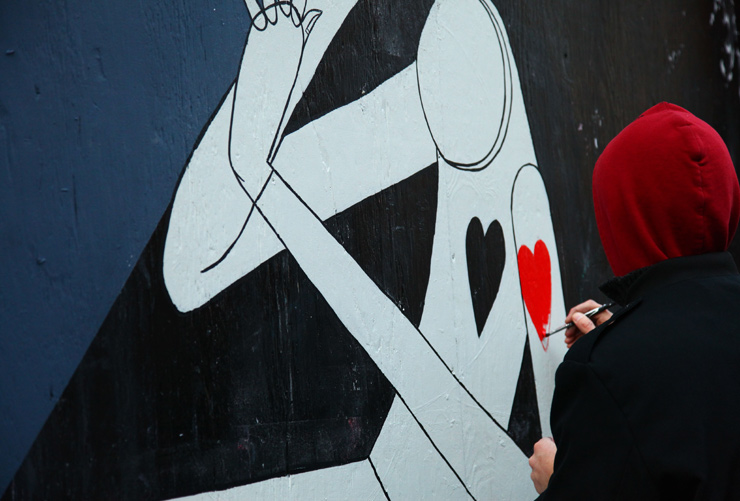 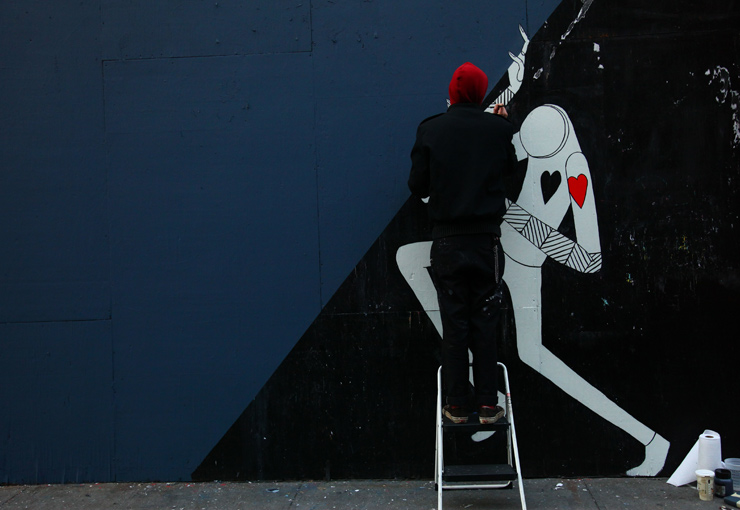 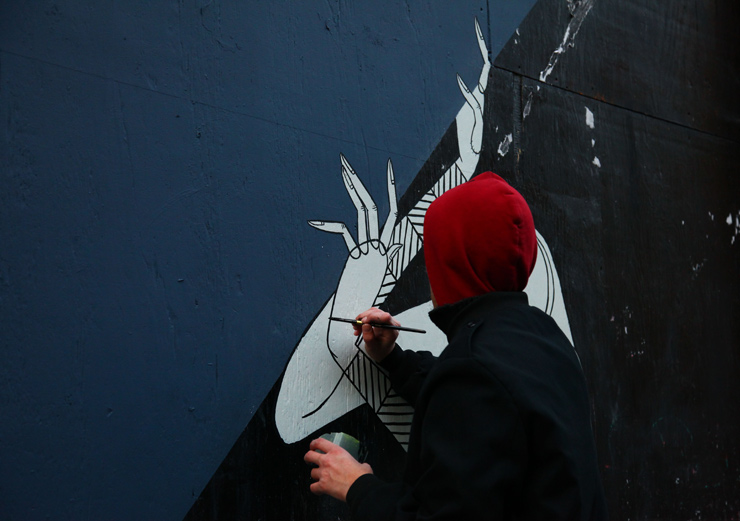 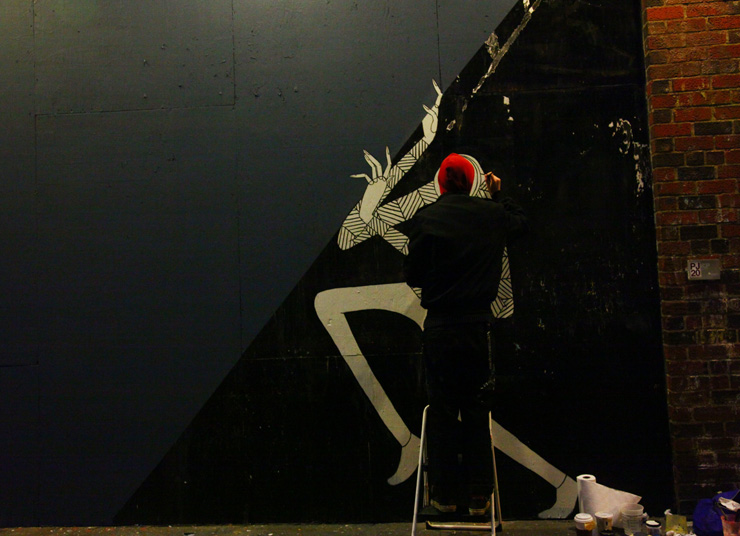 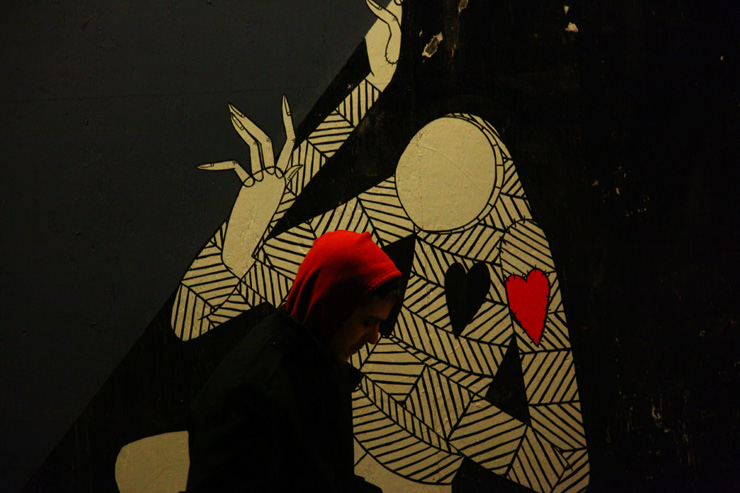 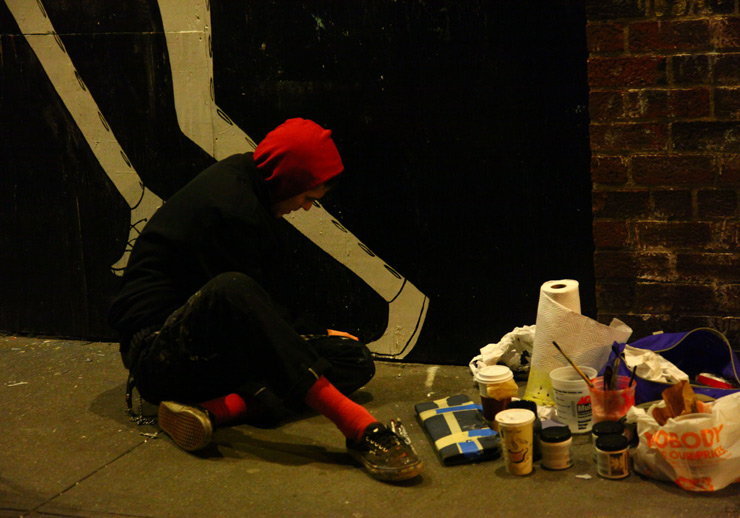 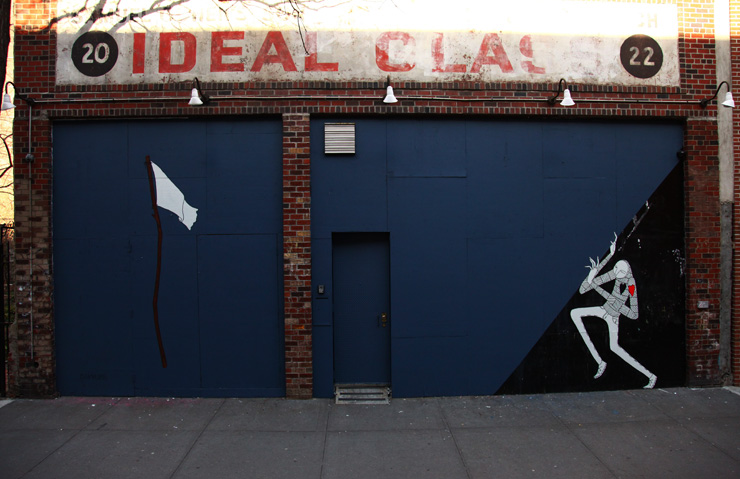 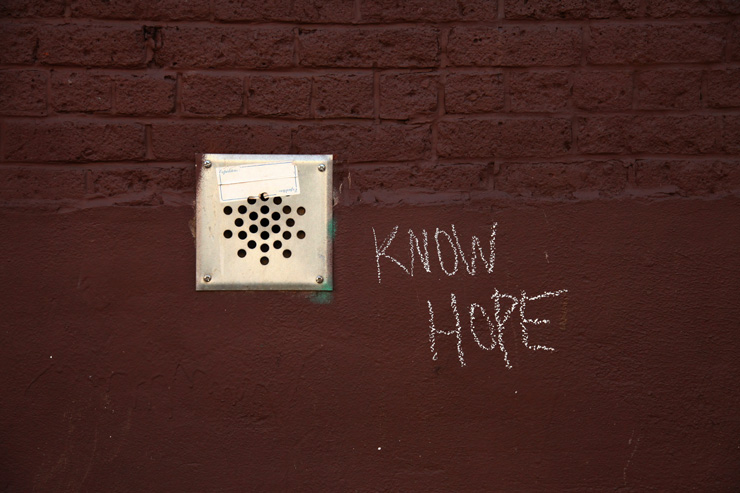 Everyday Magic In The Navajo Nation with Stinkfish, Grafica Mazatl, and Killjoy Press.
Who is your muse? Most artists have one, or a few. The portraits that Street Artists leave on walls usually have a story behind them, a personal connection to the figure depicted. The Bogata based Sti...
BSA Film Friday: 02.14.14
Our weekly focus on the moving image and art in the streets. And other oddities. Now screening : 1. Painting, Yoga and Love on the Roof 2. Spidertag in Madrid 3. HOTTEA in St. Paul Home Depot ...
How & Nosm's Red, Hot, Scorching Monoprints Unveiled
Intermezzo: the midst of a roiling mass of interrelated actions, staccato storylines, rotating currents, complicating drama, and banal daily existence. At any moment your life can be this, or seventy-...
A ROA Diary Update in Pictures
A ROA update today – with many exclusive photos here for BSA readers with personal pictures taken and selected by the artist himself. The Belgian Street Artist, whom we long ago christened as an “Urb...
Memory in a Mexican Supermax: Said Dokins Pours Humanity into a Mural
No matter the person's path to get here, few people inside or outside are convinced that the system is just or constructive for the greater good. Here in Morelia, Michoacán, Mexico, artist Said Dokin...
Brooklyn Street Art Fourth Arts Block Jaime Rojo Know Hope MaNY Projects Steven P. Harrington