Street Artist Purth relies on her intuition when scouting walls to spread out on, favoring wide open spaces and sweeping vistas, in basically unknown or forgotten locations.  Deeply connected to her pieces, her imaginative backstories for them, and the process of creating, Purth confidently claims space on a wall without necessarily covering every inch. In this way, the work is as much about location and history as it is about the new work. 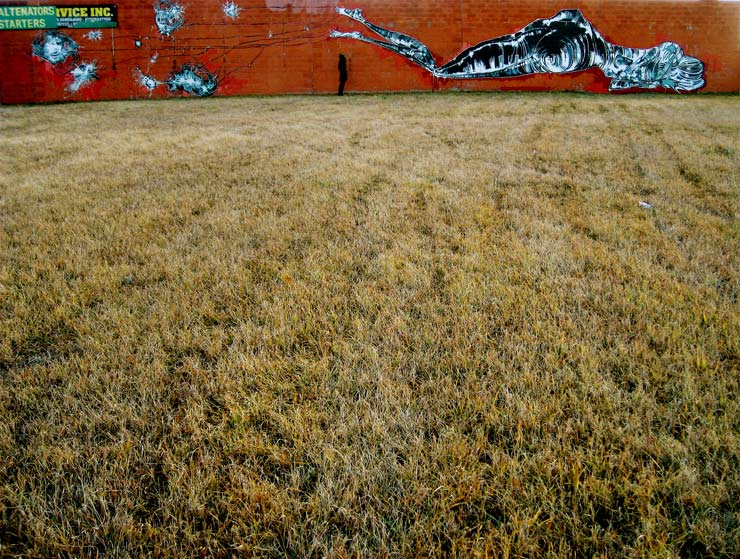 While in Minnesota last week Purth completed a 12 foot by 60 foot wall on the border of North Minneapolis with a piece she calls “What Kind of Woman Are You?”.  The large distorted figure lies on her side with a small constellation of thoughts and dreams and energy bursts dragging along behind her. Purth already had a story in mind for the figure, but only after she had started the piece did she learn that this location was the site of a huge number of homicides, and her figure faced an old gas station with and ignominious past. 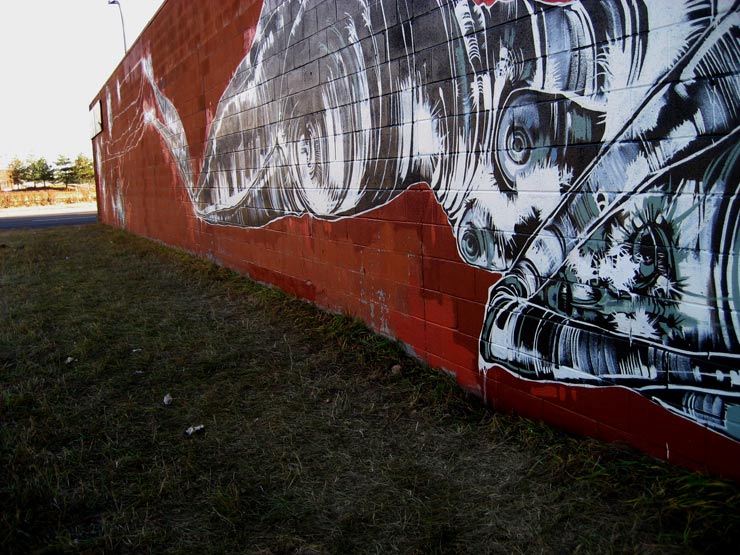 “Minneapolis has always been an important location for me. Its creative voice has influenced me greatly over the years. Many little details fell into place last month and I was able to complete this work on the fly with the help of a close friend and the support of a few locals.

The piece was an idea I had a while back that developed into much more once I had found the location. That’s usually how it goes … the work takes on its own form based on where it makes its home.

This wall was amazing too. I learned a day or two after I had begun painting that it sits directly across from “The Old Colony” gas station, this strange spot bordering North Minneapolis. It has an enormous glowing bee hive in front of it and the reputation of being the site for the most homicides in the area.

She faces it directly and I think knowing that made the work, or my presence there, feel more severe. Feels as though she growing into her own now, like she’ll bear witness to more than I can even imagine … or hopefully earn her wings (filthy, soot covered wings, but wings none the less). I guess there is something haunting and mysterious about this one, even to me.” 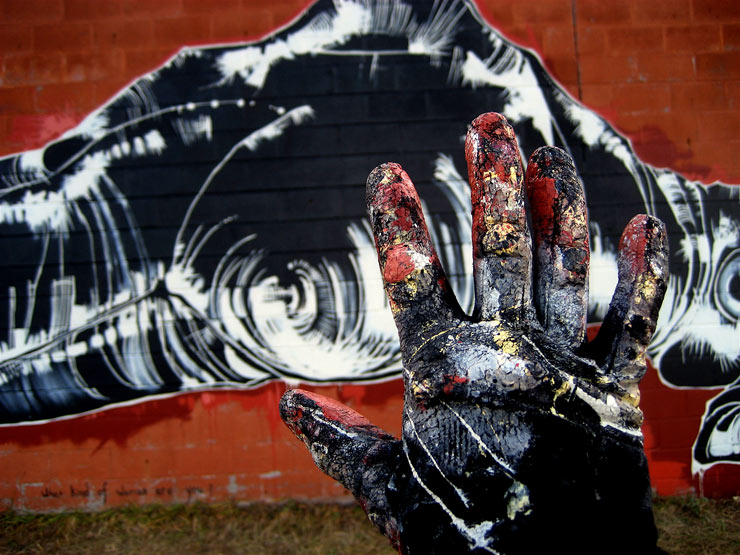 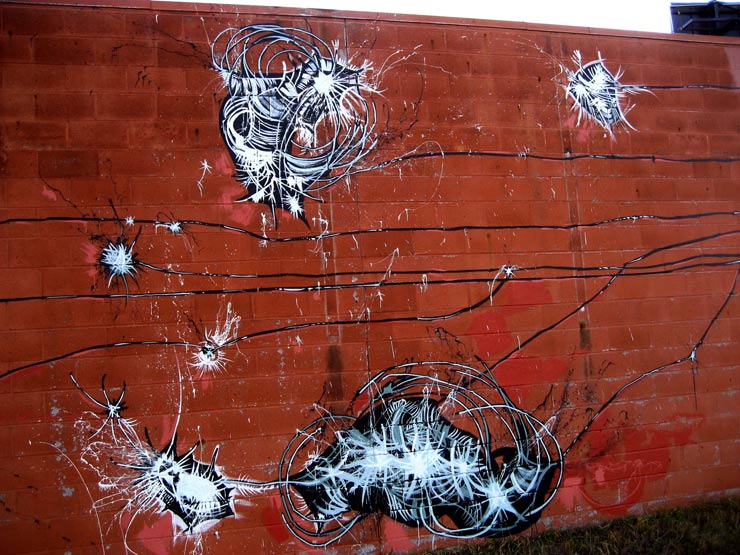 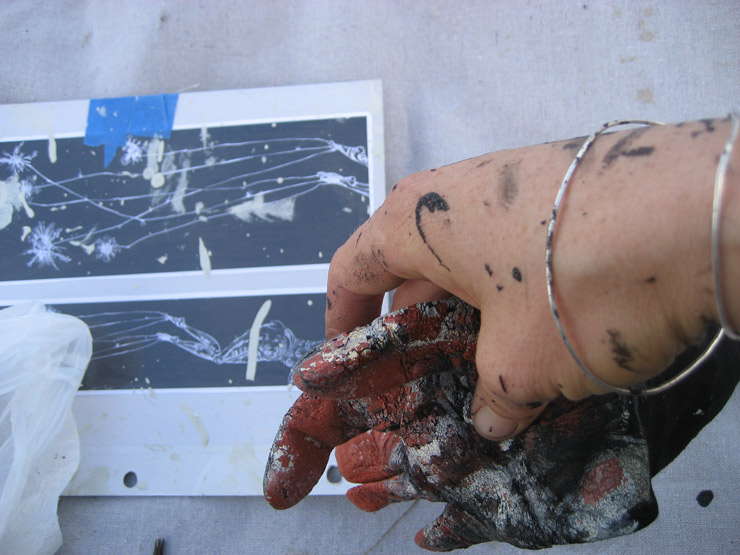 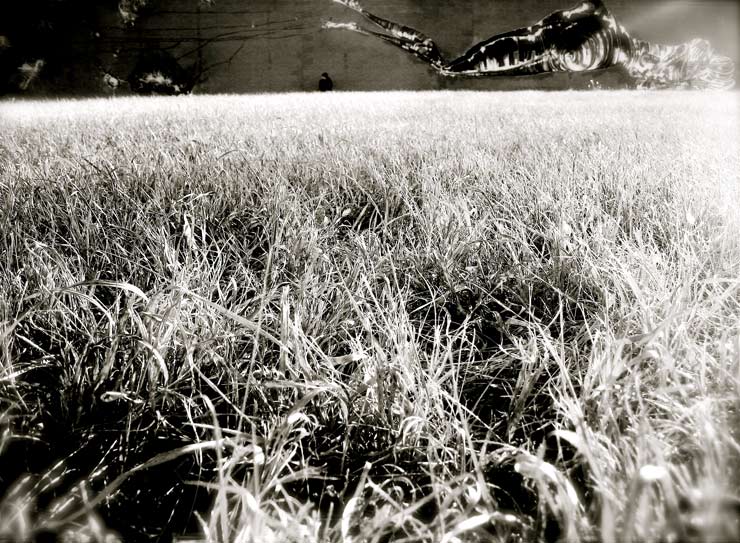 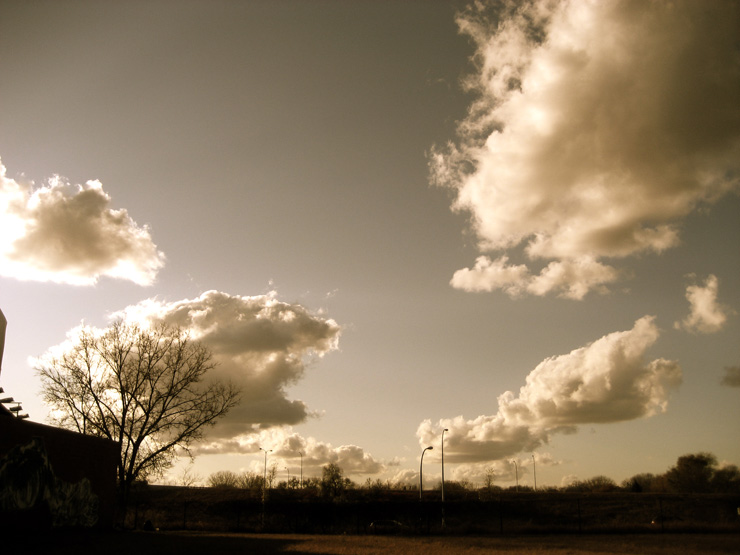 The Minneapolis sky with the obscured Purth wall to the left. (photo © Greg Carideo)