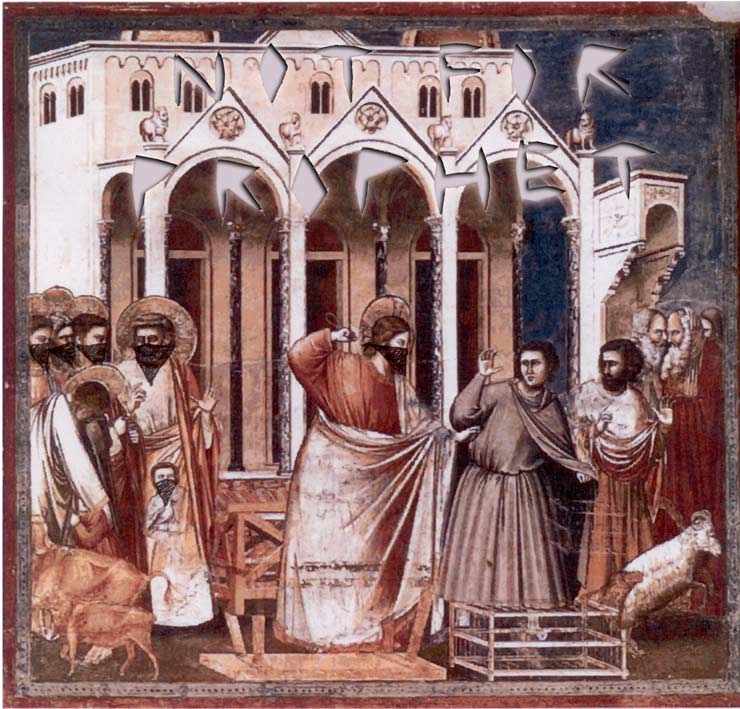 A solo show by Poster Boy

Mighty Tanaka is back! We’ve moved our gallery to a new location, and we’re delighted to announce our grand re-opening!

Living in a metropolis like New York City, we’re constantly bombarded with a magnitude of imagery and advertisements from every angle.  The inescapable chains of consumerism tempts the mind through the guise of fake polished smiles and subconscious messages – and one artist collective is prepared to stand up to the onslaught of commercialism: Poster Boy. Armed only with a razor blade, renegade street artist Poster Boy’s collage work reinterprets the advertisements around us with an ironic social commentary that teeters in the grey area of the law.

Poster Boy received international press earlier this year when a high profile solo show at Trinity College in Connecticut was canceled for potential legality issues. While the media has demonized Poster Boy’s artwork, there exists a progressive dialogue between consumer and product without the sugar-coating.   Poster Boy’s artwork becomes a conduit, channeling raw emotions and frustration through a medium that is accessible for all to interpret.

Not For Prophet is an uncensored insight into the world of Poster Boy. Exhibiting an array of prints, ‘zines and other iconic subject matter, the artwork is a rare peek into the mind of a true rebel.

BSA Film Friday: 01.02.15
Our weekly focus on the moving image and art in the streets. And other oddities. Now screening : 1. Urban Forms 2014 in Łódź, Poland 2. Memorie Urbane 2014 3. Alice Pasquini: New Journey ...
An Abandoned German Factory and the Free-form IBUG Festival
Travel blogger and writer Giulia Blocal is sightseeing and living in new places as an independently minded explorer and observer. She has lived in Slovenia, London, Madrid, and Dublin in recent years,...
OKUDA Sculpture Engulfed in Flames for Falles Festival in València
Yes, Street Art is ephemeral, but OKUDA San Miguel just set it on fire! Okuda applies finish touches to his Falla. Fallas 2018. Valencia, Spain. (photo © Martha Cooper) During the annual Falles ...
"Monument-Of-Many" Installation at Monumenta Leipzig
An unusual exhibition that combines works from the established to the newcomer, Monumenta was mounted by a team of about 25 people in only five weeks inside this cavernous former metalworks ...
Highlights From The Bushwick Collective: Edition 2019
Hyperrealism, Pop portraiture, cartoons, wildstyle, Big ears (Sipros) and of course Biggie, it’s the wake of the Bushwick Block Party! Urban Ruben (photo © Jaime Rojo) No matter which year it ...
Brooklyn Brooklyn Street Art Mighty Tanaka Gallery NYC Poster Boy