Still way off the beaten path, and captivatingly so, New York’s 2nd annual Nuit Blanche overcame difficult weather and logistical hurdles to blind a few thousand revelers with brilliance and interactivity in this waterfront industrial neighborhood facing Manhattan. This festival of ingenius light is inspired by those sharing it’s name in cities like Paris and Toronto, but the D.I.Y. ethos that permeated Brooklyn during the 2000s in neighborhoods like this keeps the corporate chill at bay. 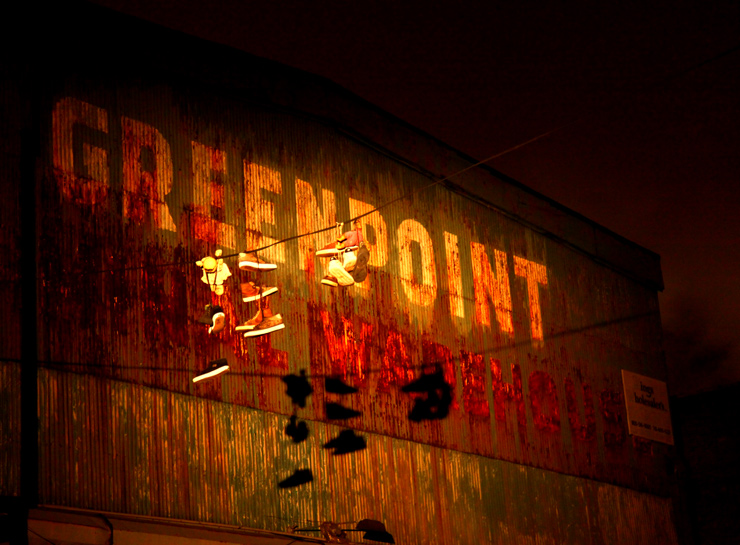 Performance, poetry, projections; the description does no justice to the ingenuity of spectacular pieces like Chris Jordan’s timelapse of Hurricane Irene hitting Manhattan projected inside a cloud named Bob that is designed by Columbia architecture students. Only in person, on the street, and in the cold October air can you be suitably shocked by the sight of yourself crawling up a factory building with a hundred others going at different rates. “Asalto”, by Daniel Canogar does just that; a public participation piece where you can crawl across a stage being recorded by a camera overhead and a few seconds later see yourself climbing to the top of this abandoned factory, progressive participants looping and layering as the evening advances.

The Manhattan art crowd may have been lured by the new ferry service and the promise of the occasional marquee name (Serra, Wodiczko), but it’s the unposing open quality of this curated installation of light that still feels promisingly ad hoc. While you’re discovering and rooting for it to succeed, you hope it retains the radiant wit as it grows. Glows 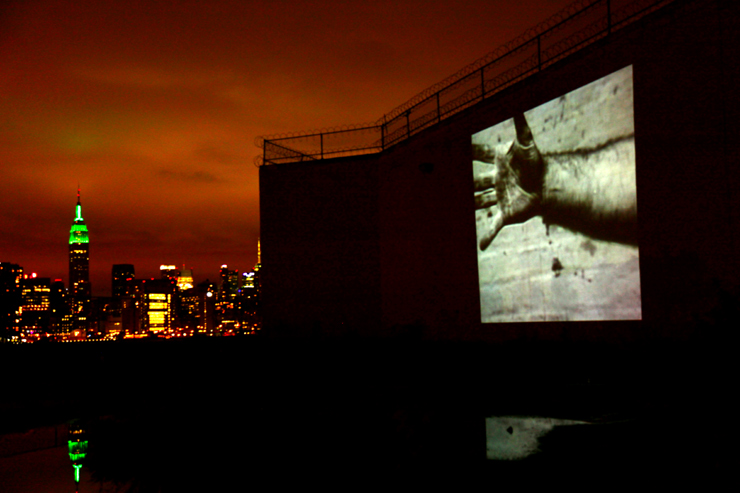 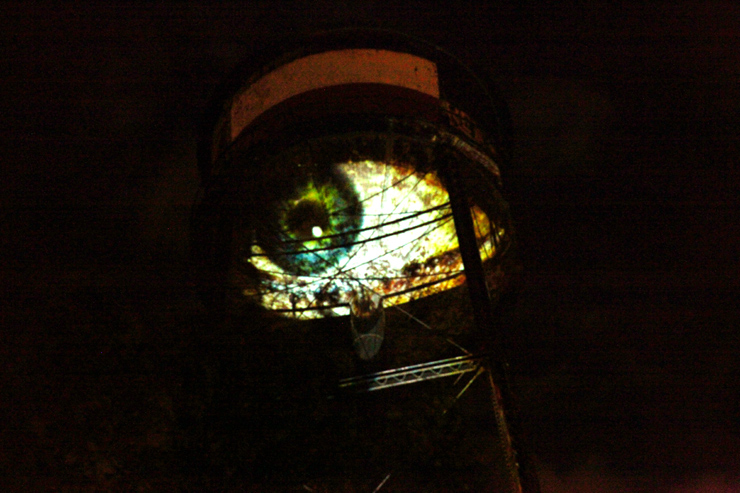 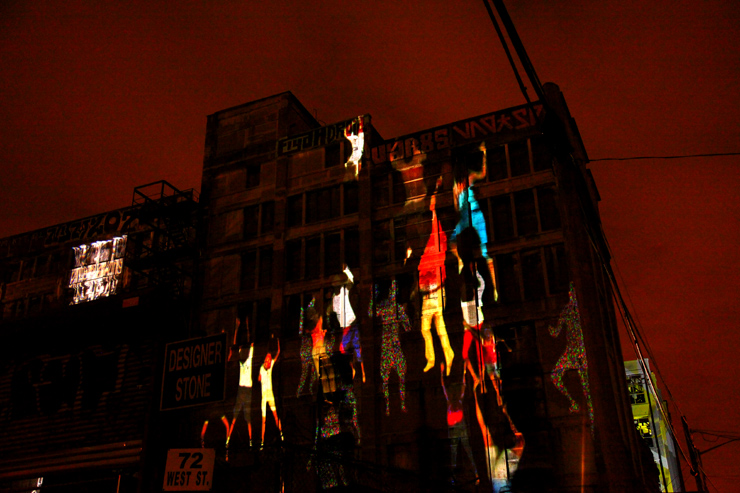 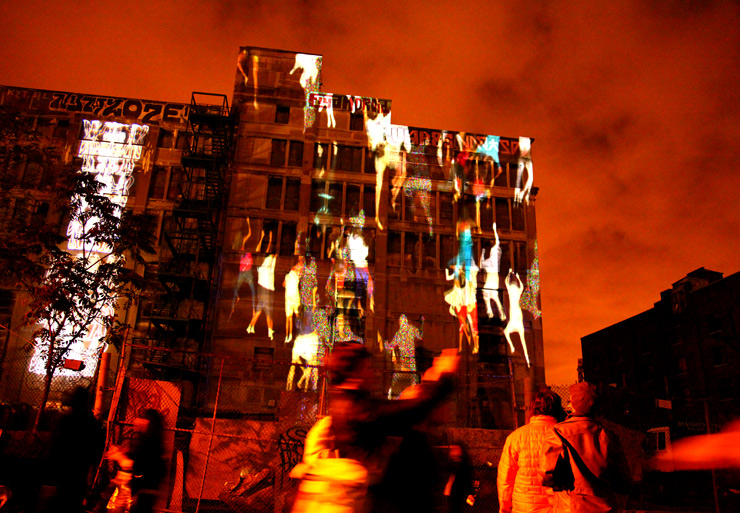 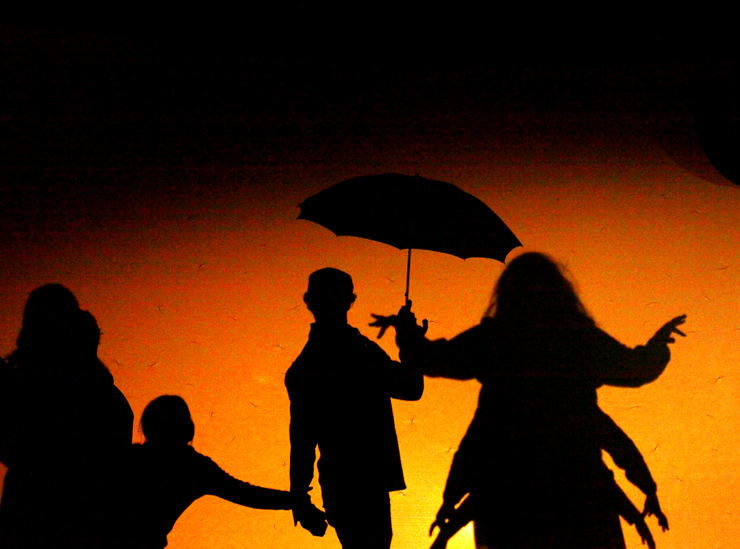 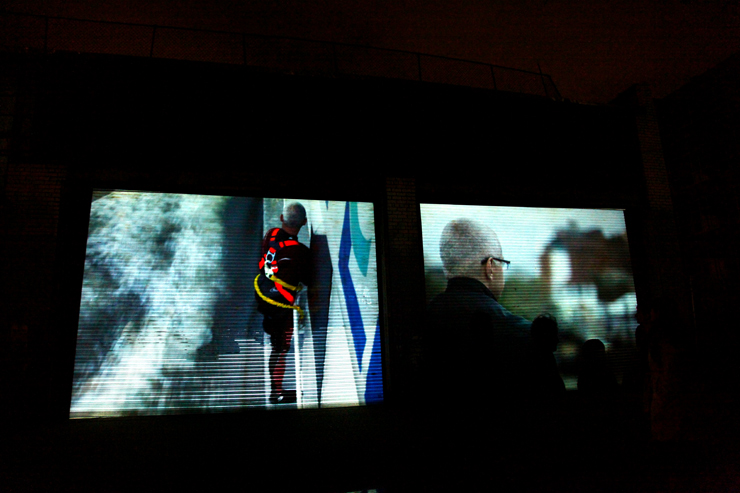 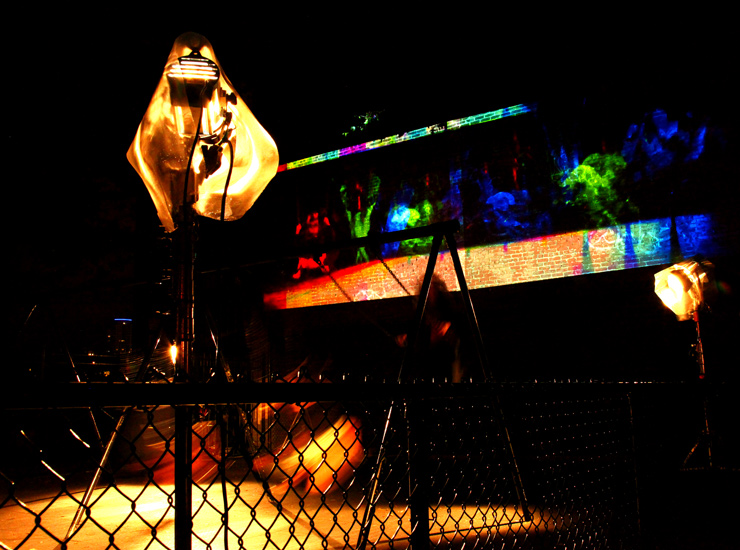 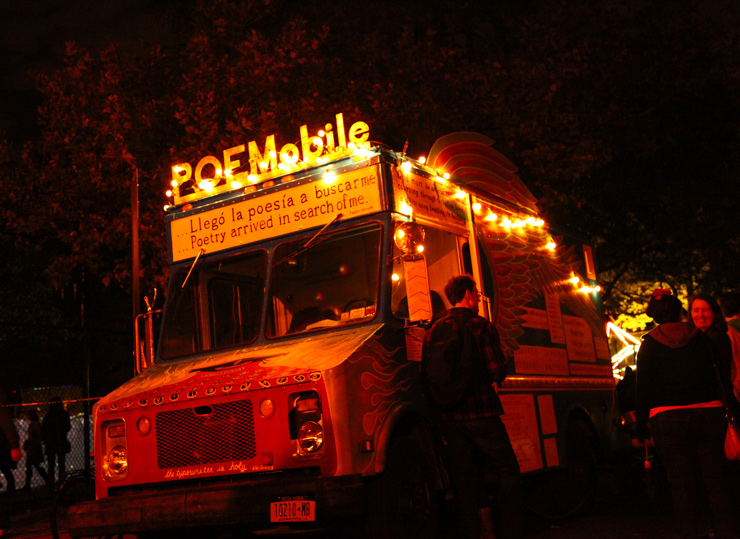 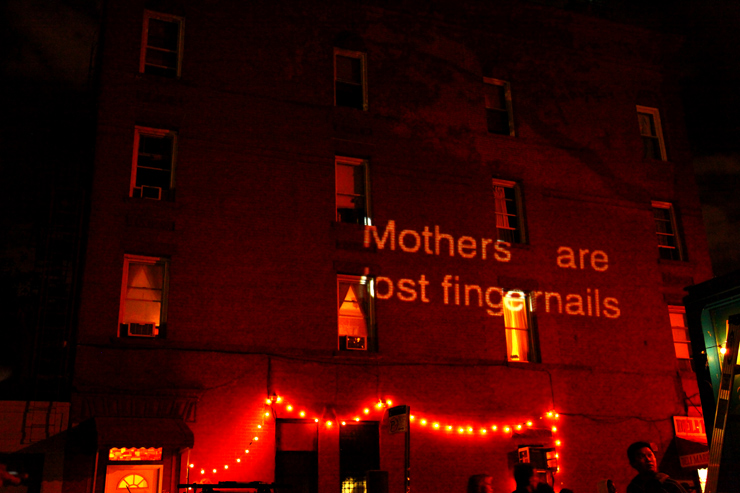 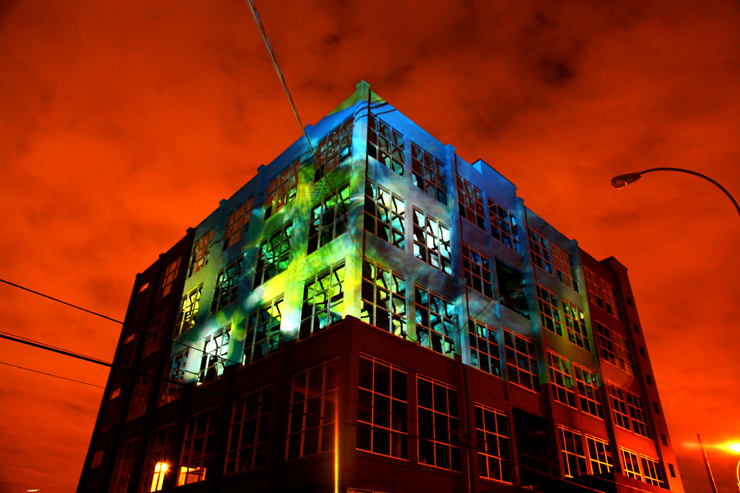 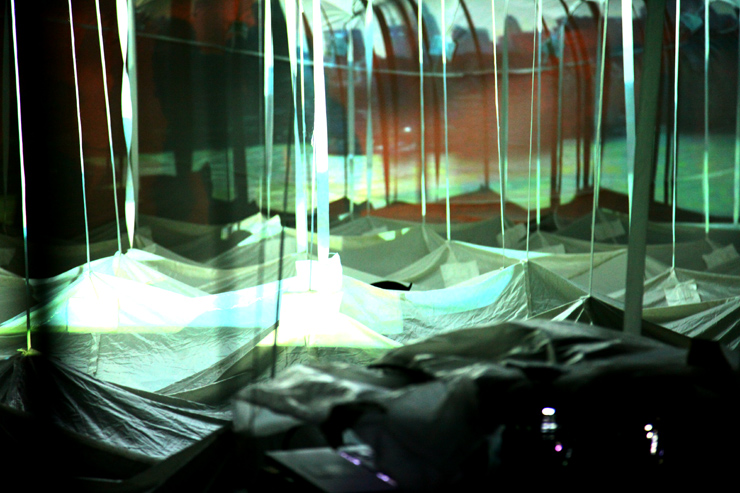 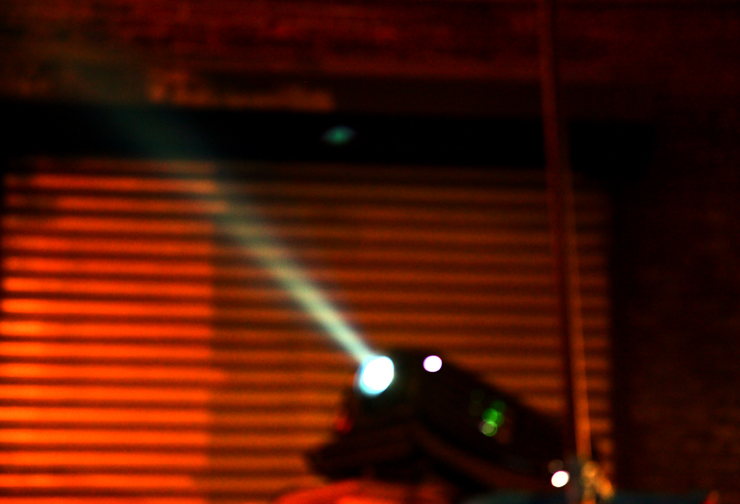 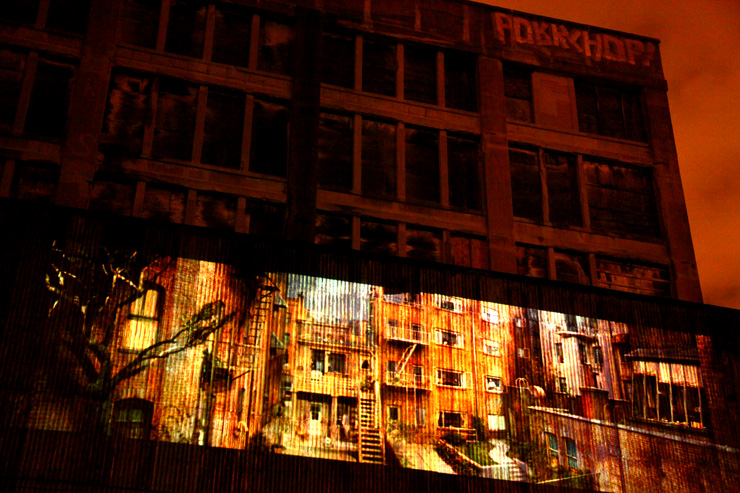 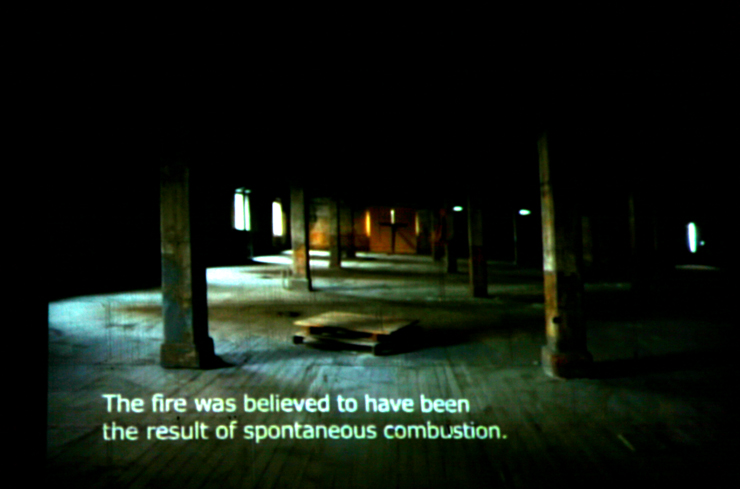 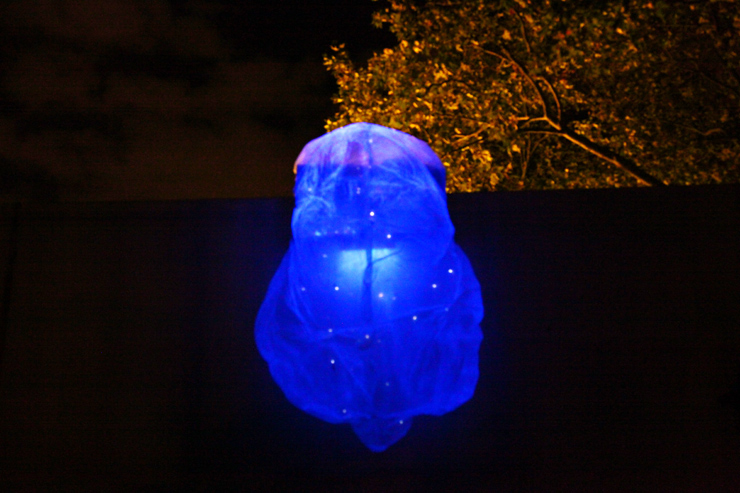 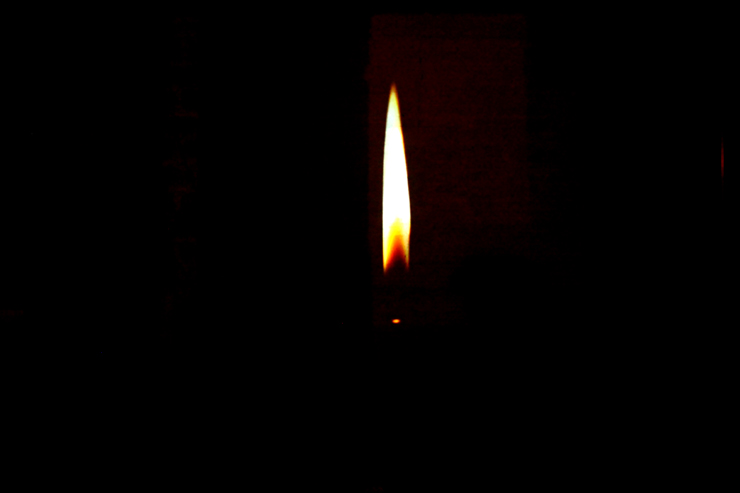 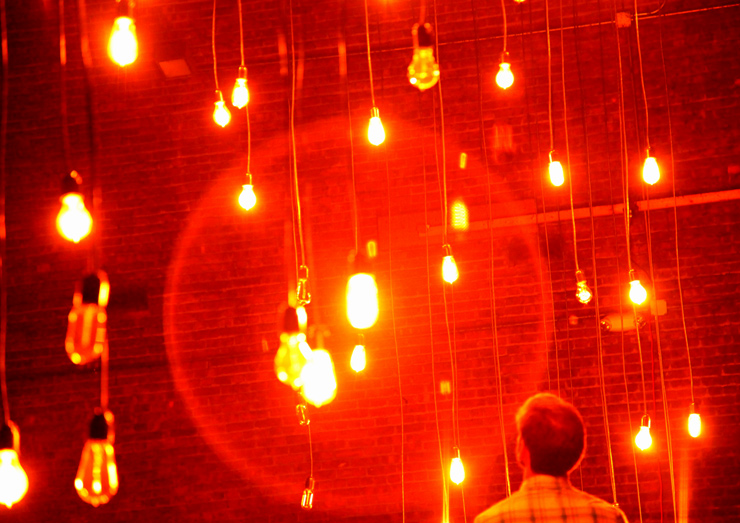 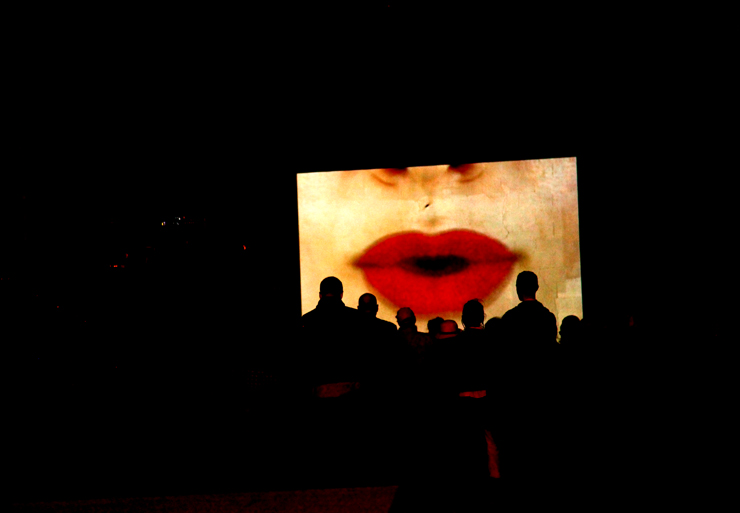 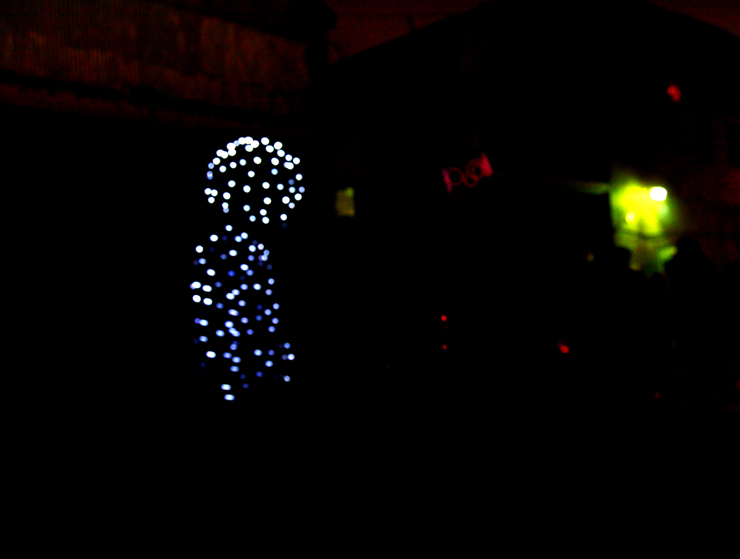 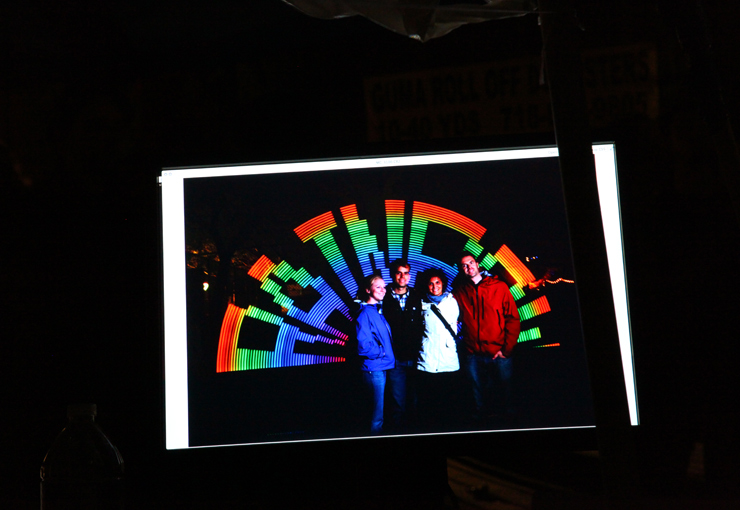 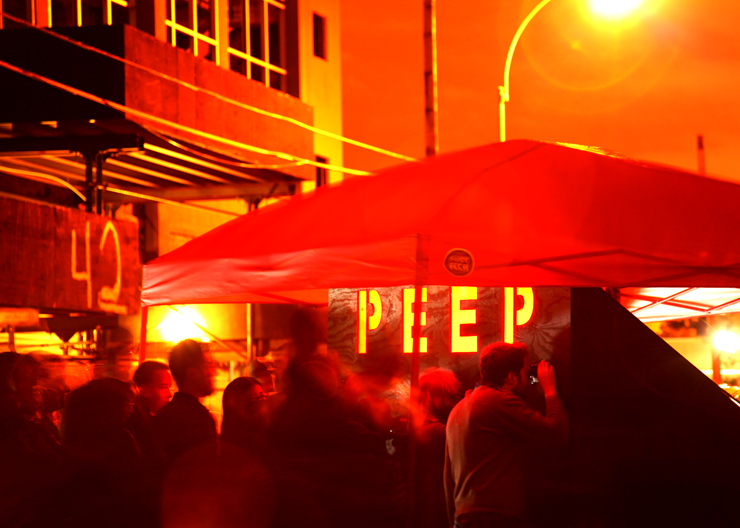 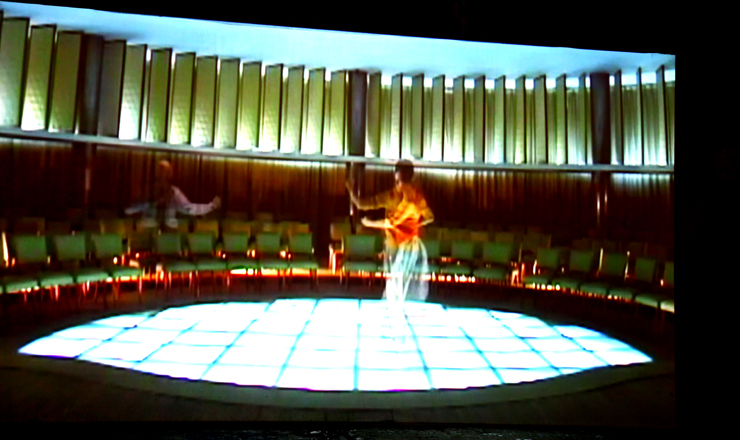 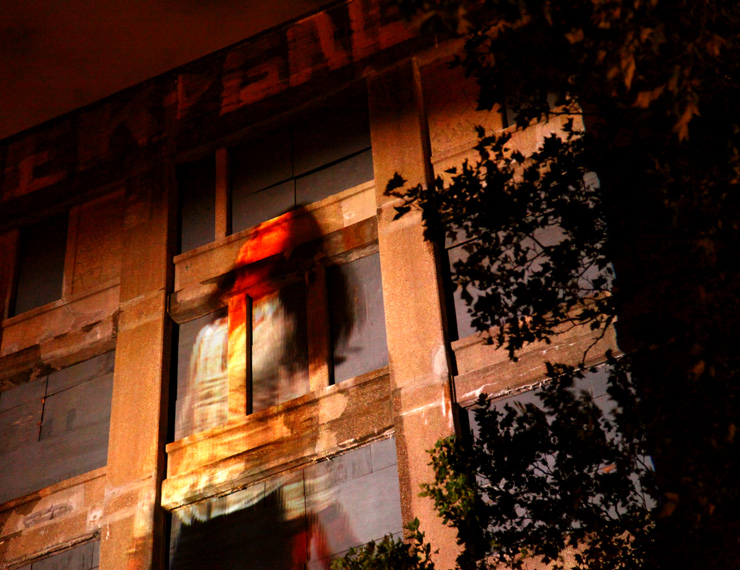 This article was previously posted on The Huffington Post.