Overunder stays after class at “Living Walls” and gets extra credit

Street Artist Overunder just completed his astounding tiled installation this weekend in Albany on the wall of L’esperance Tile Works, a local tile maker with a special 1920s “dust press” that the artist also worked into the piece. For an artist with such a fluid and freewheeling figurative style with a spray can, it is surprising to see it interpreted with such permanence and cogitative consideration. As part of “Living Walls : Albany”, Overunder had already smashed a few walls around the city in the weeks leading up to this opportunity, but after touring the small tile press facility with co-owner Donald Shore, he fell in love with the idea of tiles as medium. “A lot of these tiles were in the backyard up north at our other facility – he and White Cocoa were standing in the pouring rain digging through these boxes of discards and overruns and he brought these back with him,” explains Shore. 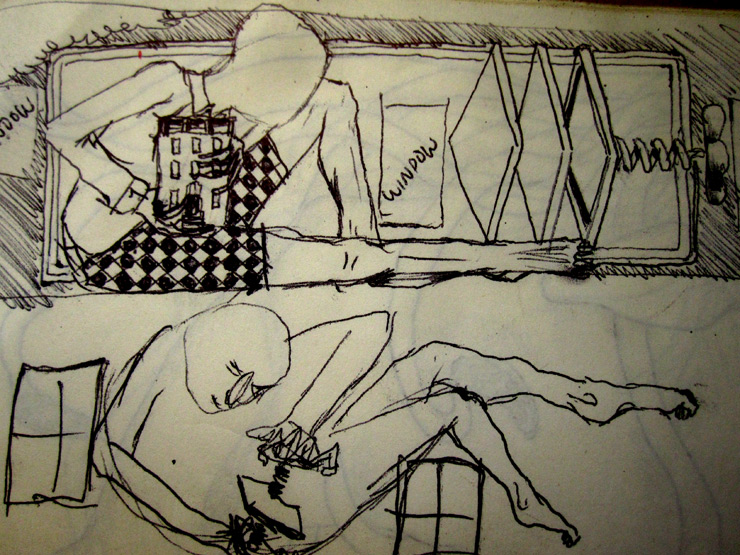 “I think collaboration is a huge part of being an artist. That being said, I was excited when I learned I was doing a mural on a tile manufacturers building. I had never used tile for a mural let alone doing a full out mosaic but now the opportunity was right in front of me. Don was more than willing to teach me as I went and I was more than willing to experiment with this crazy, new medium, ” says Overunder.

“I particularly like the way he’s marking the tiles with his spray can for us to cut,” says Shore, who owns the business with his wife and founder, Linda Ellett. 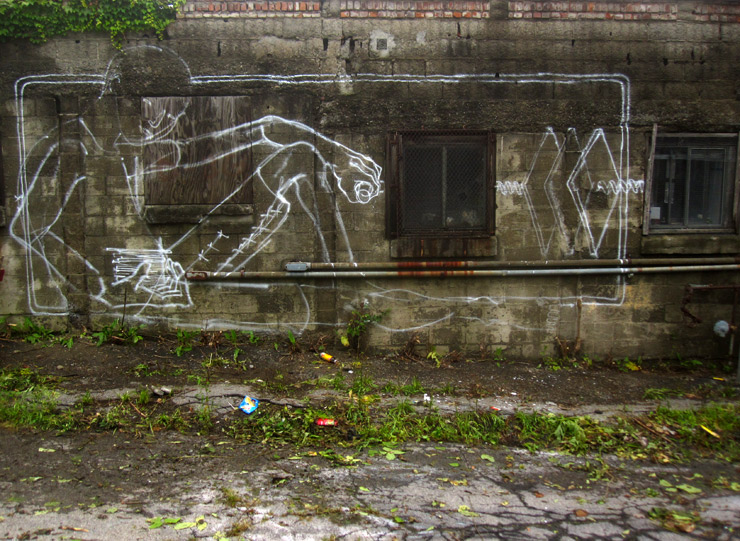 The chosen piece is sketched on the actual wall to plan for how the tiles will be cut to fit. (photo © Overunder)

With assistance from a number of young helpers who live in the neighborhood, the project took a little more than a week to complete, and the results take his stuff to a new level. With a patterned face like an Alexander McQueen model, the figure’s limbs get added dimension with Overunder’s mastery of the can. Small details let you know you shouldn’t be too serious about this, like the painted toenails. As the materials are all discards and overruns from other projects, it’s interesting to note that a number of these same tiles are actually in buildings right now, including the Kol Isreal Synagogue designed by Robert Stern in Crown Heights, Brooklyn, the Lt. Governors building in Albany, and even the home of Bill Gates. 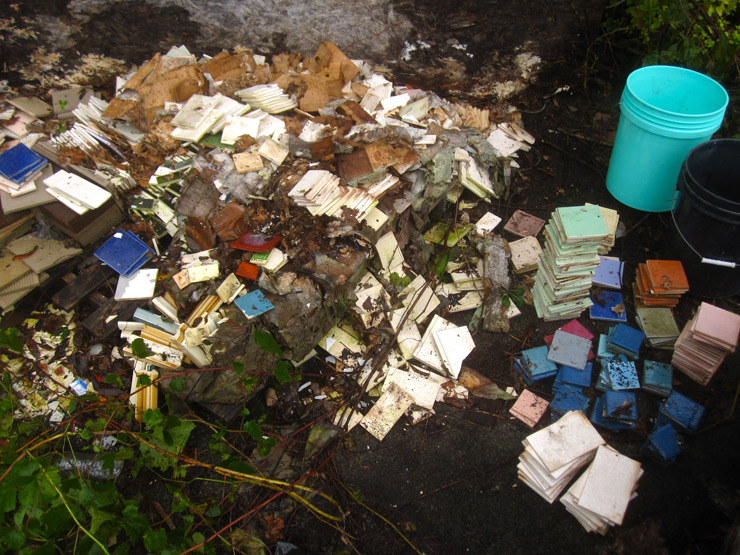 The pool of defective and unused tiles that Don showed Overunder made him weak in the knees. The selection process begins. (photo © Overunder)

“The patterned tiles are created using the encaustic method – an inlaid clay where you take a plaster impression using clay and it leaves a reservoir that you fill with different colors and you plain it smooth and it gives you a very nice two dimensional image — that’s a technique we believe was developed in the medieval period and it was reindustrialized in the 1860’s,” explained the enthusiastic as he gave us a tour of the mural while Overunder and his assistants Roberto and Messiah worked.

It’s not often that Street Art has this heft, and certainly it’s pretty rare to take this much time to complete a piece and manage to include the participation of the community at this level. In fact, certain arts critics and public arts academics might want to reclassify this work as something other than Street Art, but we grant wide berth to the term. One thing is for sure, the resulting piece is no less than a tribute to everyone involved and as a business owner in Albany during the first year of Living Walls, Mr. Shore is sold, “I totally support this thing” 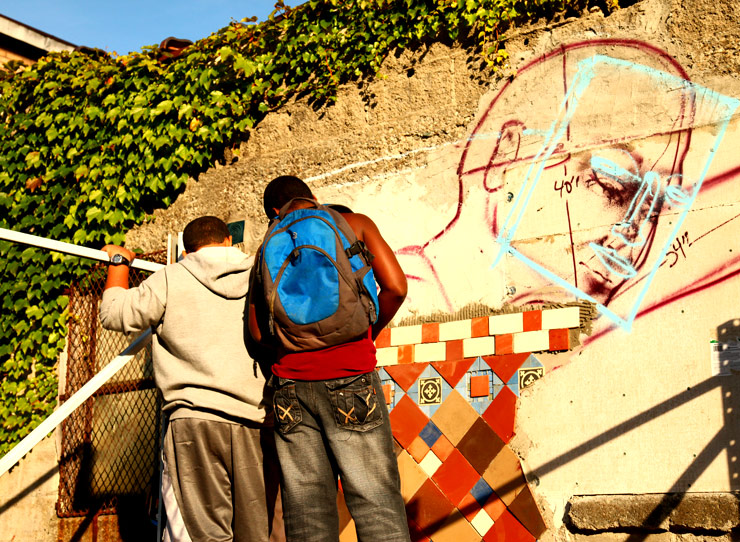 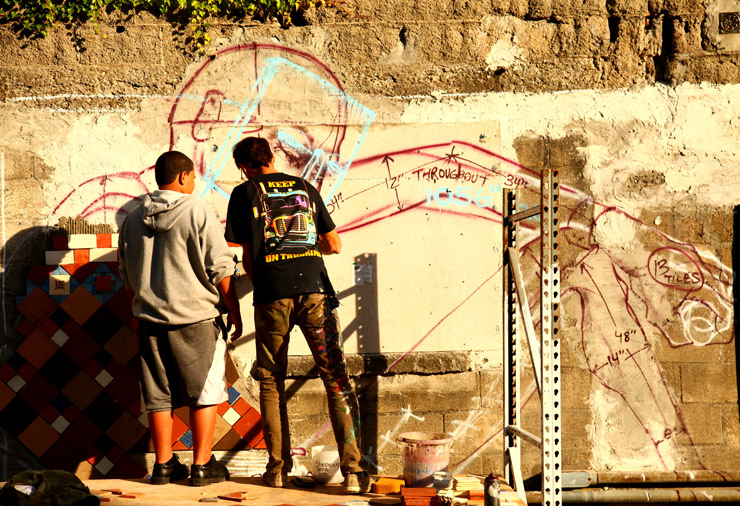 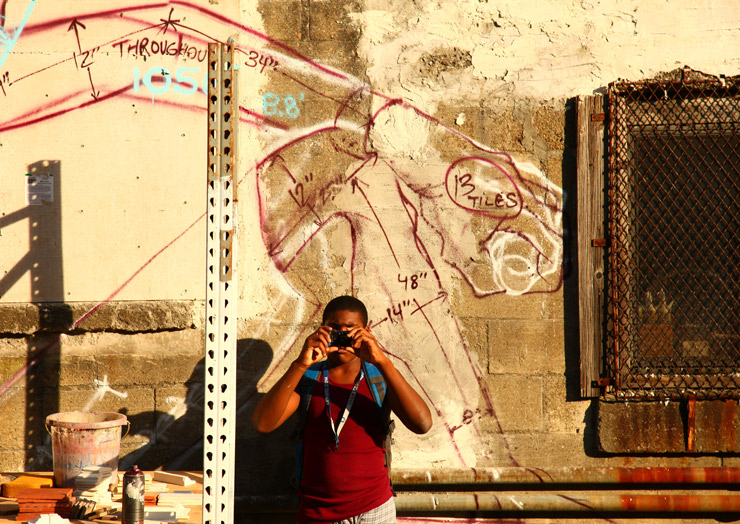 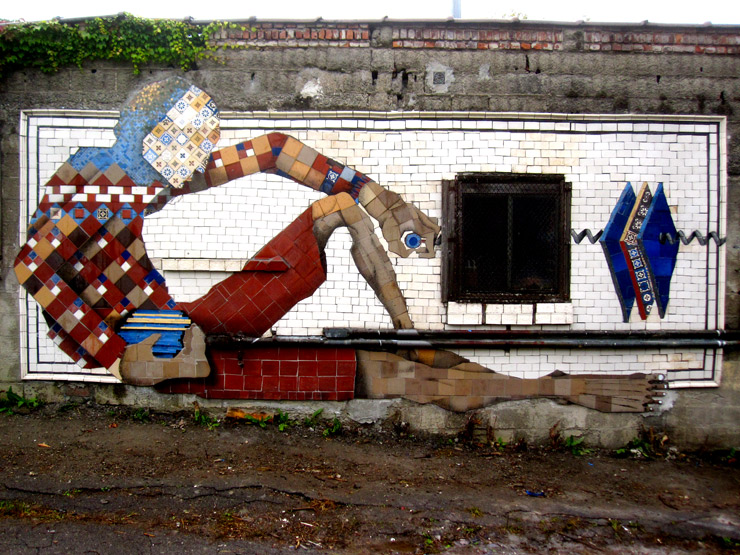 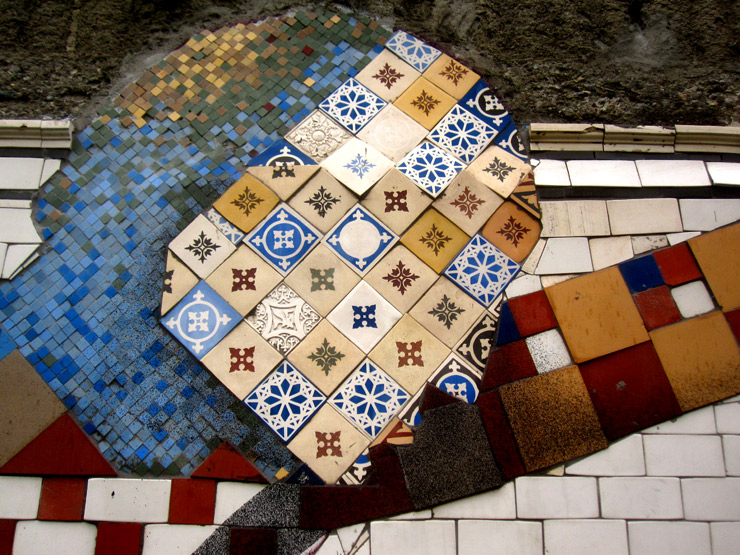 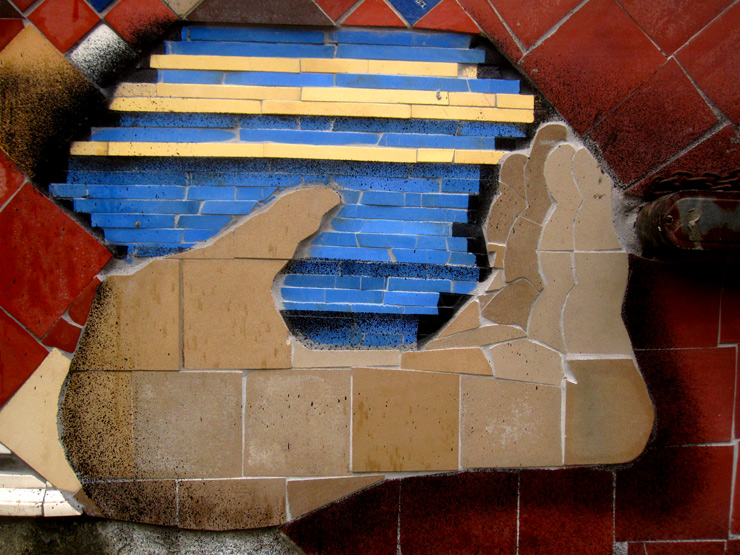 BSA Film Friday: 03.26.21
Our weekly focus on the moving image and art in the streets. And other oddities. Now screening: 1. DREAMER: Jahmal Williams Life n Art and Skateboarding.2. CASCADES: X L'Atlas x Emmaus x Art ...
"ALL BIG LETTERS" : Exhibition of Style, Tools, and Technique of Graffiti
It’s called ALL BIG LETTERS but it could easily be called ALL BIG DREAMS because the outward techniques, the history, and the tools of the trade of graffiti on display at Cantor Fitzgerald Gallery all...
Mantra in Hyvinkää for UPEART Festival 2018 Finland - Dispatch 5
BSA is in Finland this week to see firsthand the work of UPEART, an expansive mural art festival in its third iteration. Unique for its geographical breadth as well as it’s curatorial depth, UPEART ...
Icy & Sot in Cincinnati ; "We Need Education, Not Violence"
The July 4th fireworks and bombast is over. The violence on America’s streets is not. In Cincinnati alone 48 people have been killed by gun violence in the first half of the year a new mural by Stree...
Basquiat's Notebooks Open at The Brooklyn Museum
As lines continue to blur in fields of art and technology (and everything else) it is easier to see Street Art as an online/on-street diary, a forum for speech making, a laboratory for testing ideas, ...
Albany Brooklyn Street Art Jaime Rojo Living Walls Albany new york OverUnder Steven P. Harrington