To mark the 10th Anniversary of the events that took place in NYC on September 11, 2001 we asked Street Artist Dan Witz to share with us his images of a series of shrines that he installed in New York during the summer of 2002. It seems appropriate that Street Art paid tribute and facilitated the public mourning and remembrance of those we lost; All manner of artists took to the streets at that time – and it never really stopped. We are thankful for the time and the effort of the many talents, mostly anonymous, who claimed the streets as their own and who buoyed us during those days. And we are thankful to Dan for sharing with us his work here. 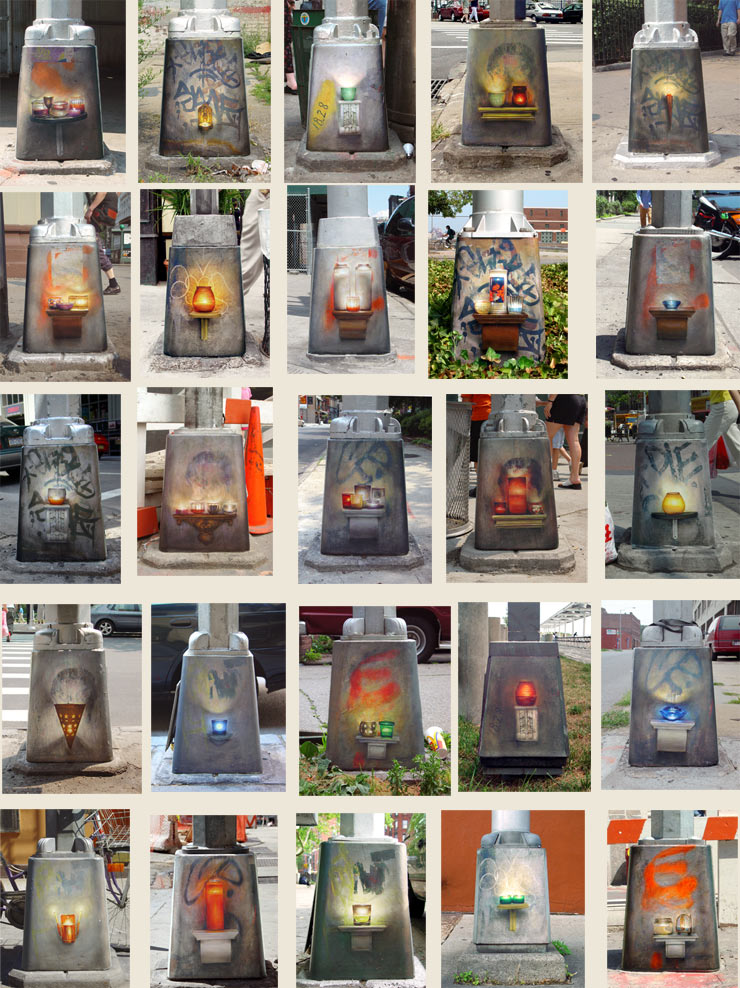 “Starting at Ground Zero, following sight lines of the World Trade Center drawn in a star pattern on my map, I installed about 40 of these on the bases of light poles. At the time I was thinking a lot about art objects’ possible usefulness in the real world. For me paintings have often functioned as secular shrines—as visual instigators to reverie.

The week before September 11th I was up in the Bronx at a housing project photographing the shrine neighbors left at the doorstep of a murdered 9 year old girl (balloons, flowers, stuffed animals, family photos). I wasn’t sure what I wanted to do exactly, it was just my way of sketching. Then the planes hit and the city parks filled with thousands of candles and flowers and other offerings. Again, I went to take photographs, not knowing what I actually wanted, just on an instinct. At the time I used a large format camera, the old style with the hood and long bellows. Every time I put the hood on and focused the ground glass, I got an unmistakably eerie feeling from all those candles—it was bizarre and chilling, and definitely paranormal. I’ll never forget it” 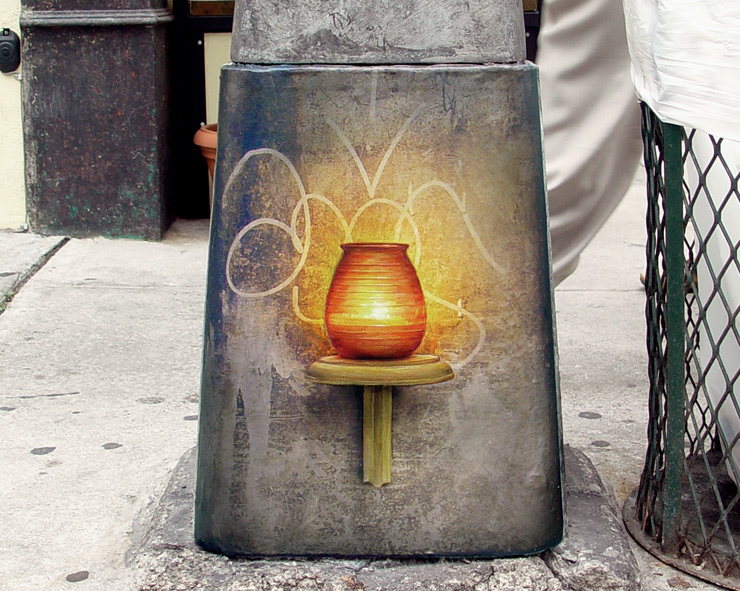 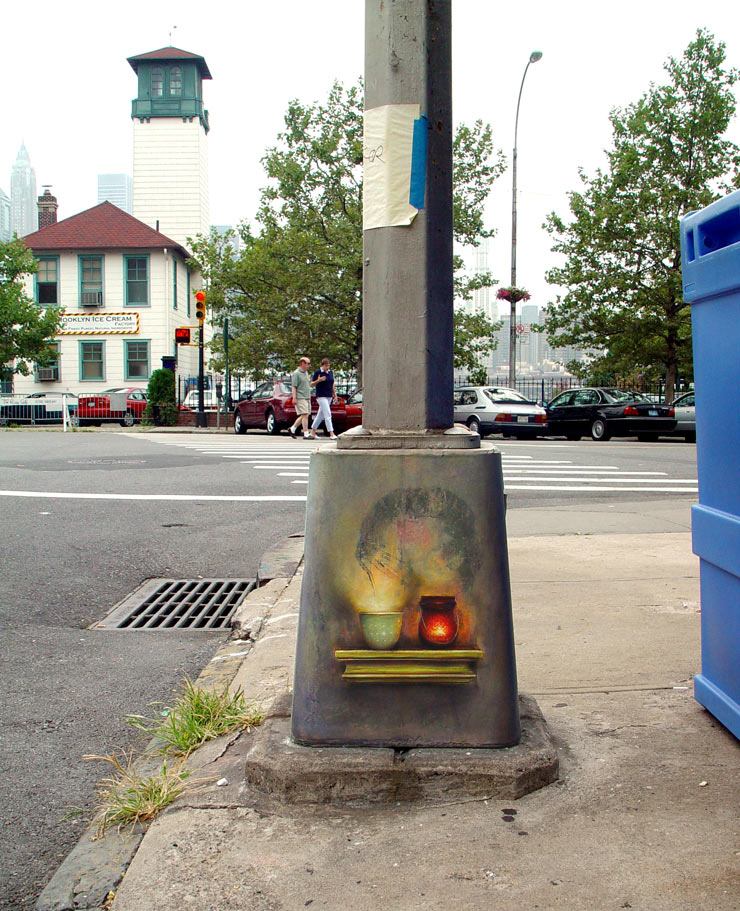 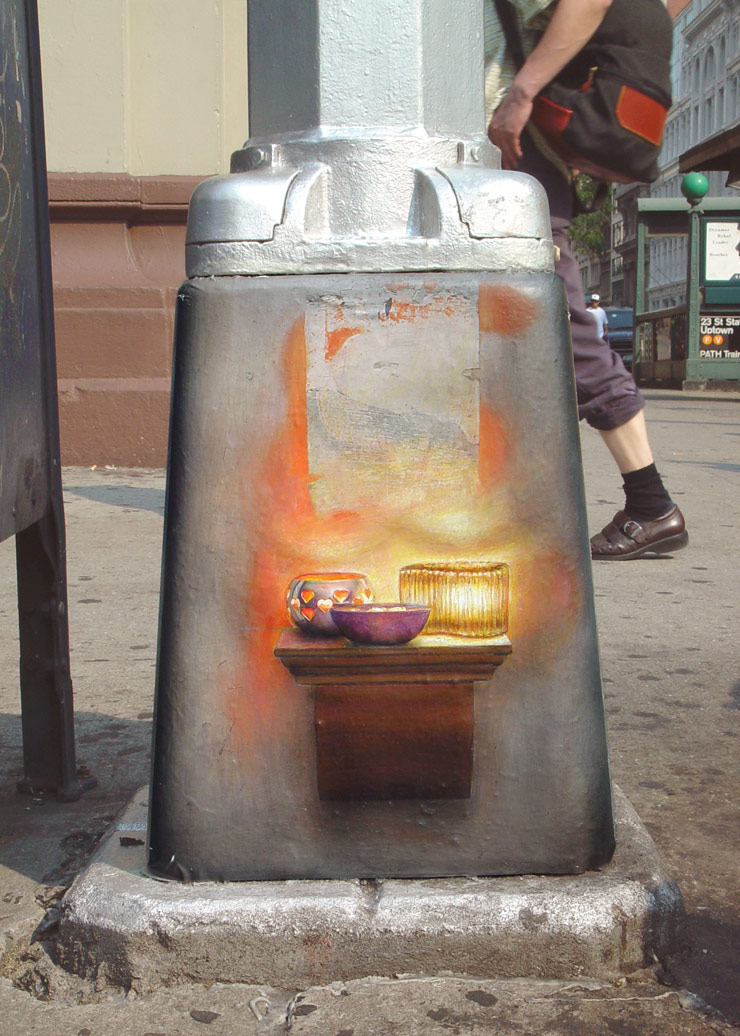 from a publicly posted poem entitled

it’s my turn, I’m worried about you
watching as you sift through the ruins of what was
day after day in the soot and the rain
I ache in knowing you suffer my death

don’t look for me anymore
go home and rest…

Signed A. Vasquez, found on 9/14/01 on the “Wailing Wall” at Grand Central Station 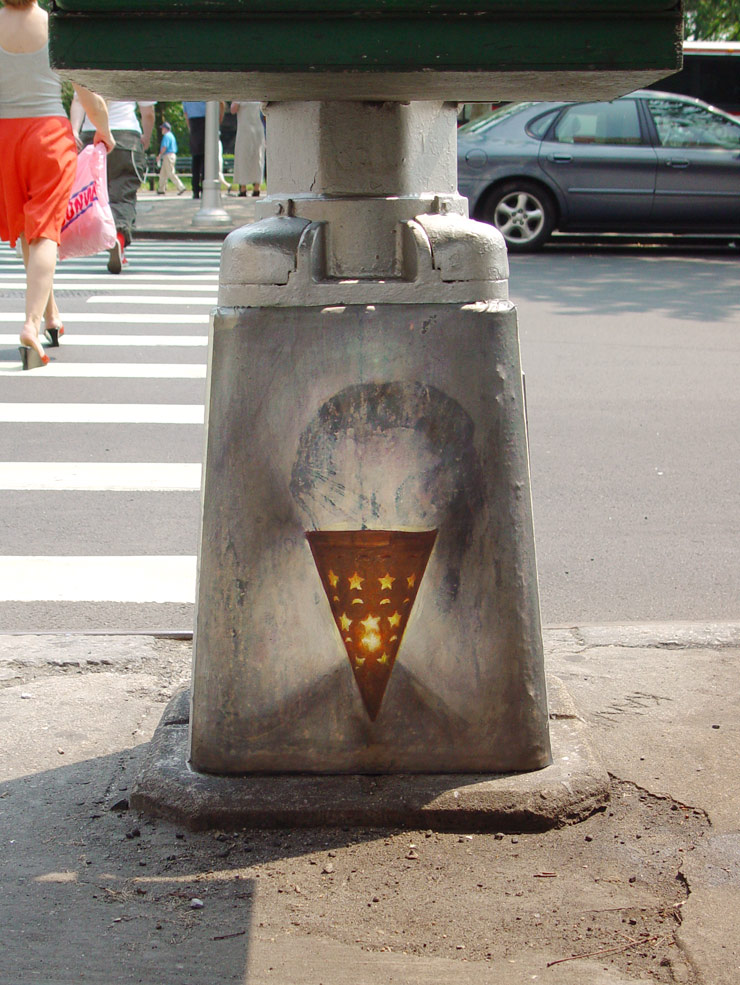 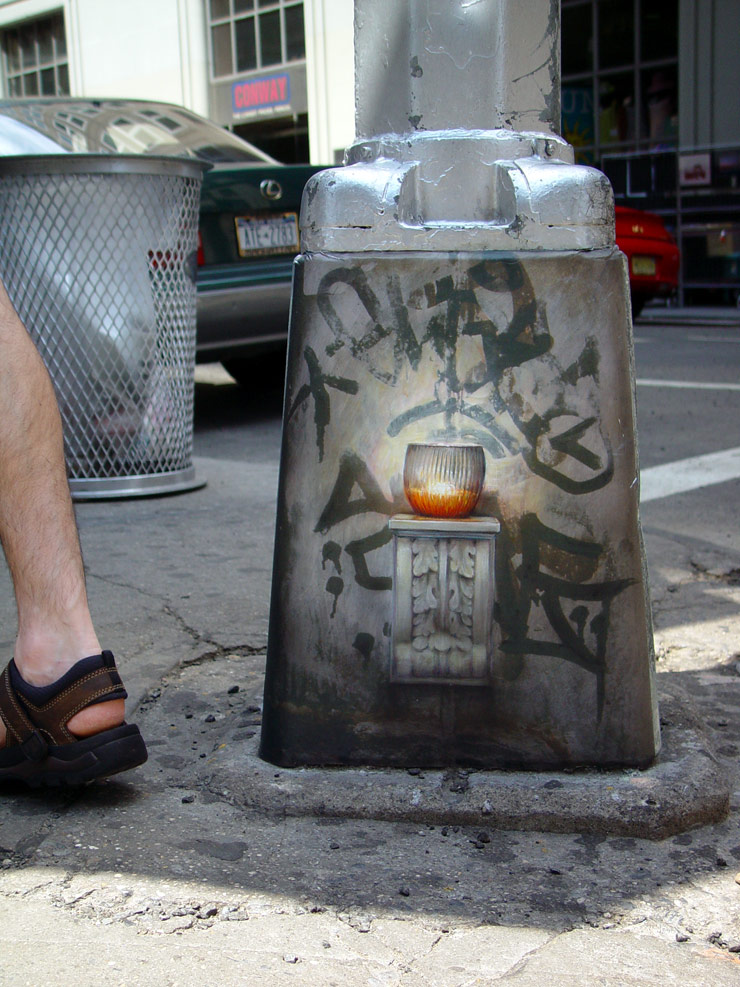 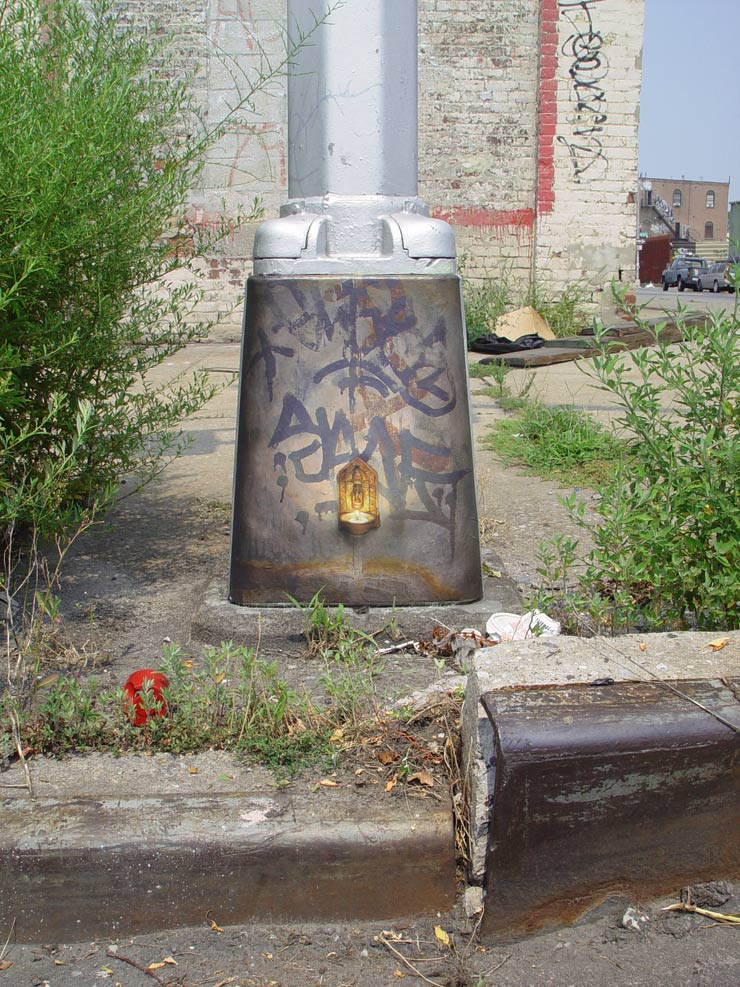 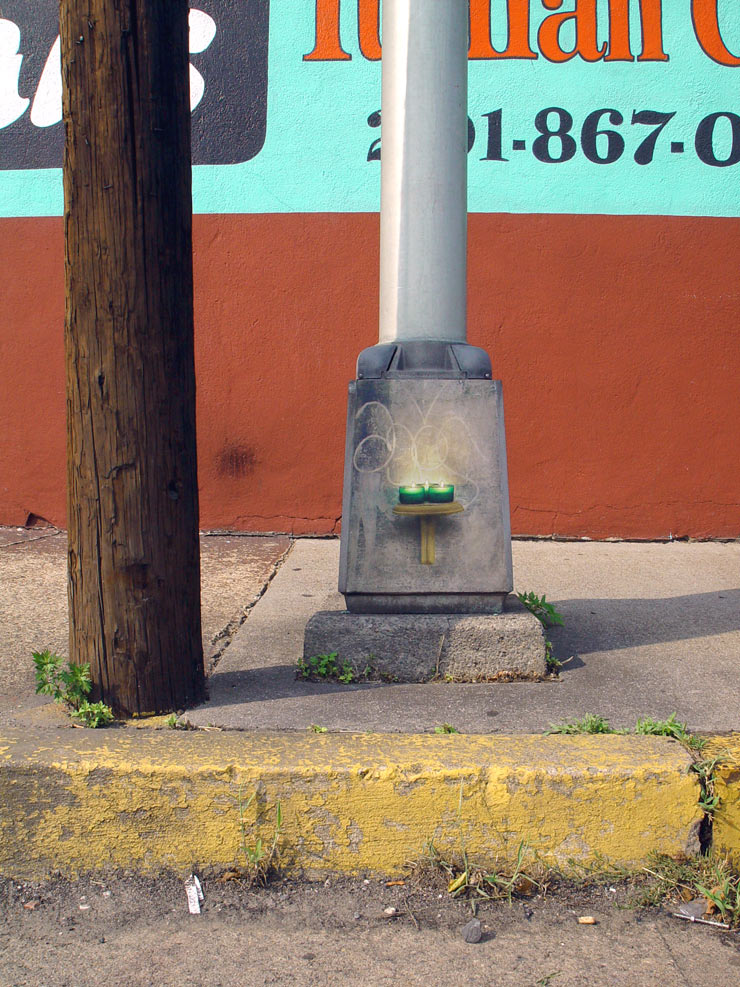 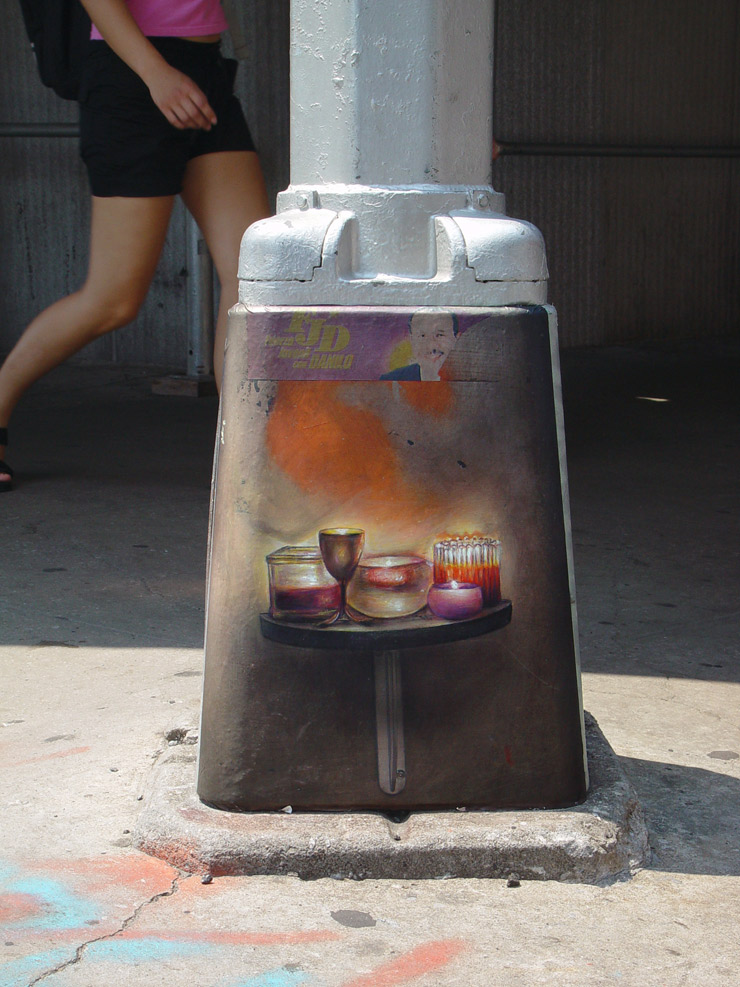 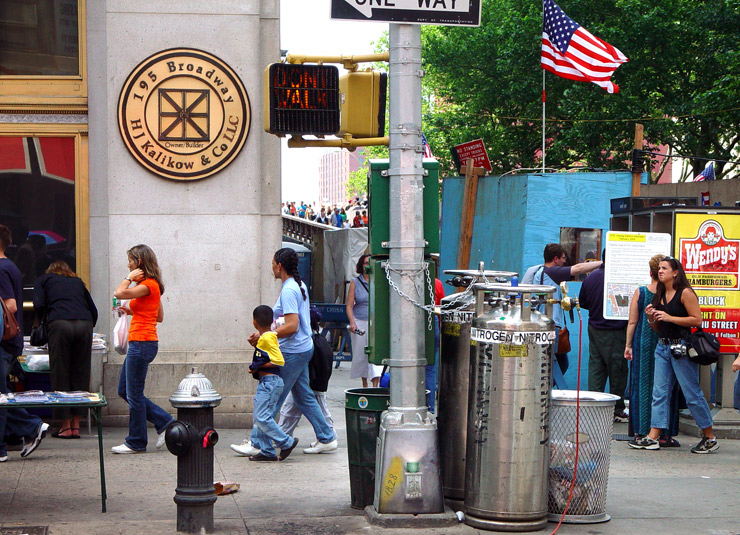 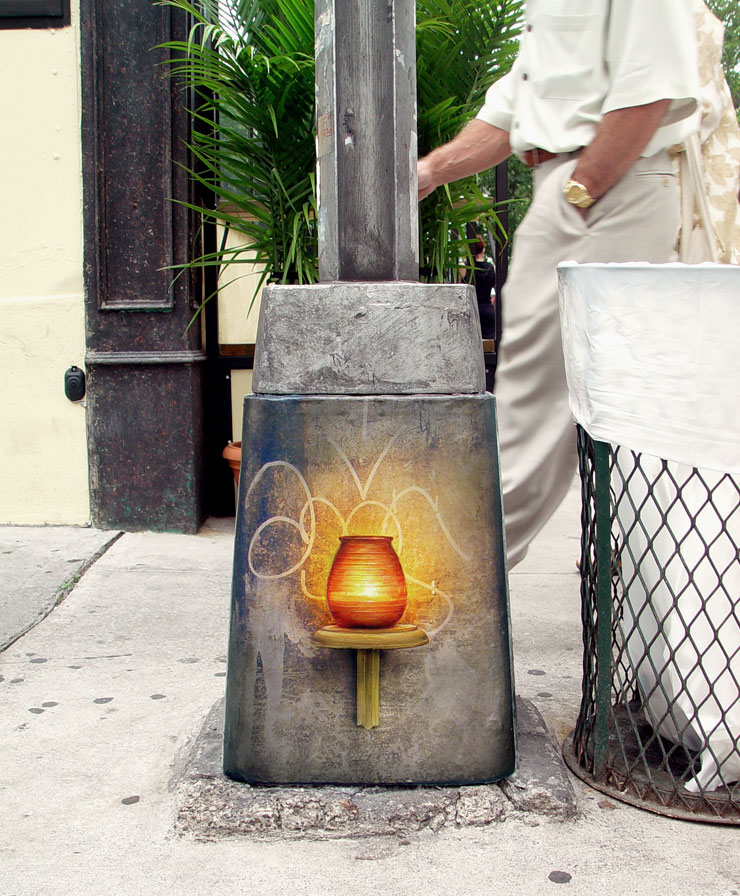 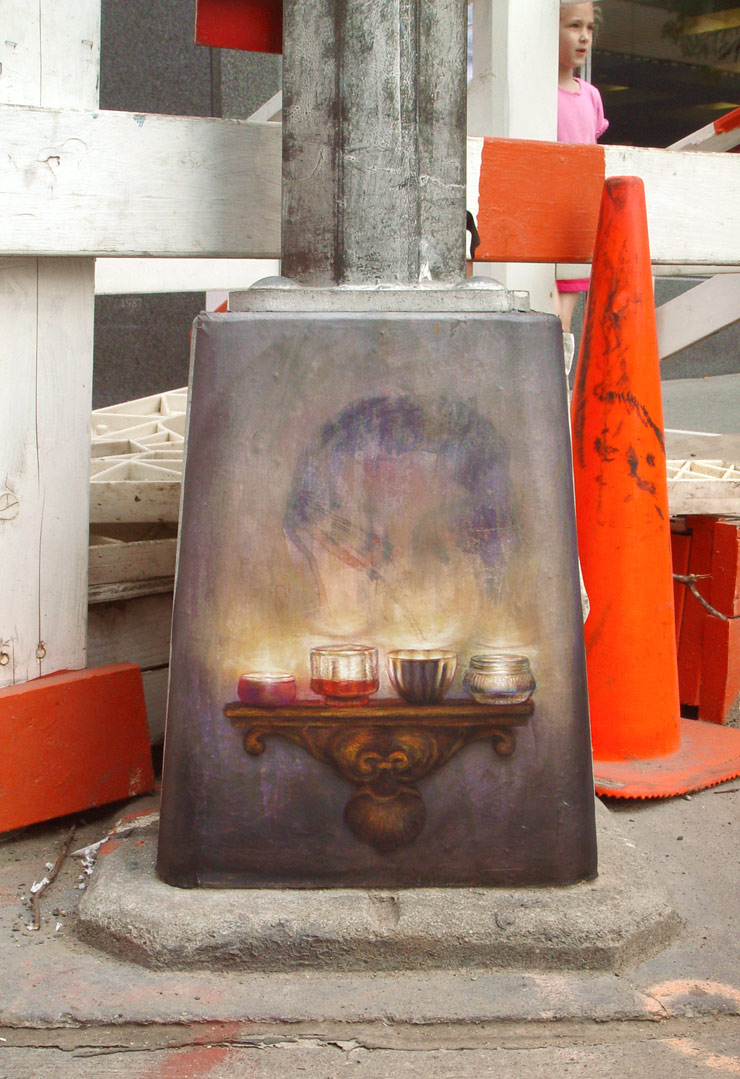 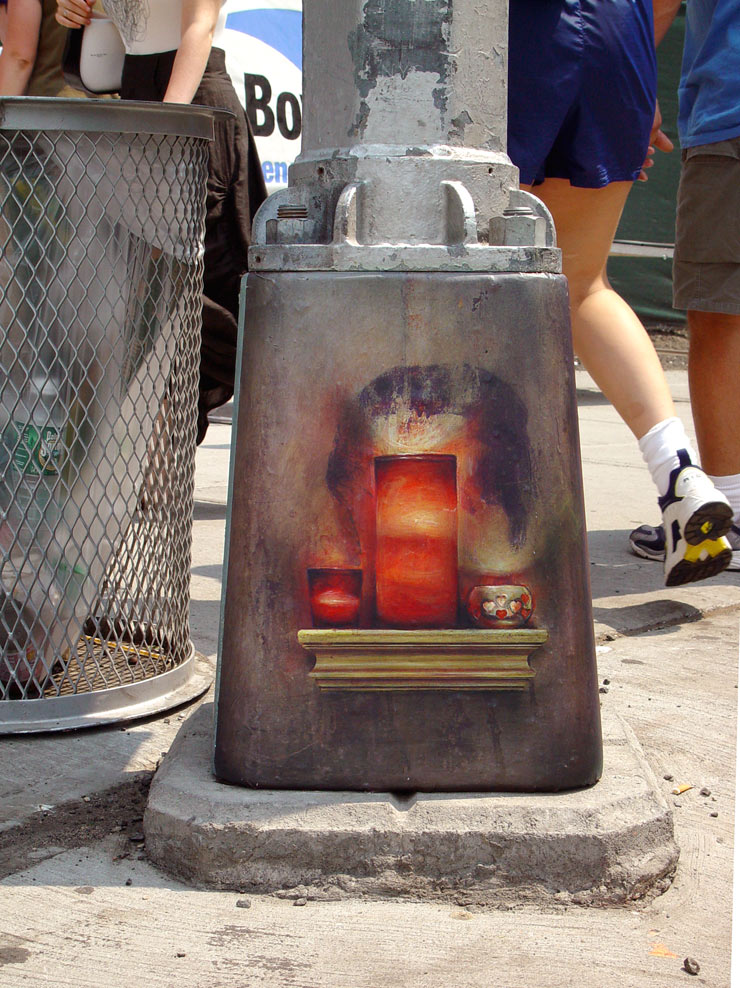 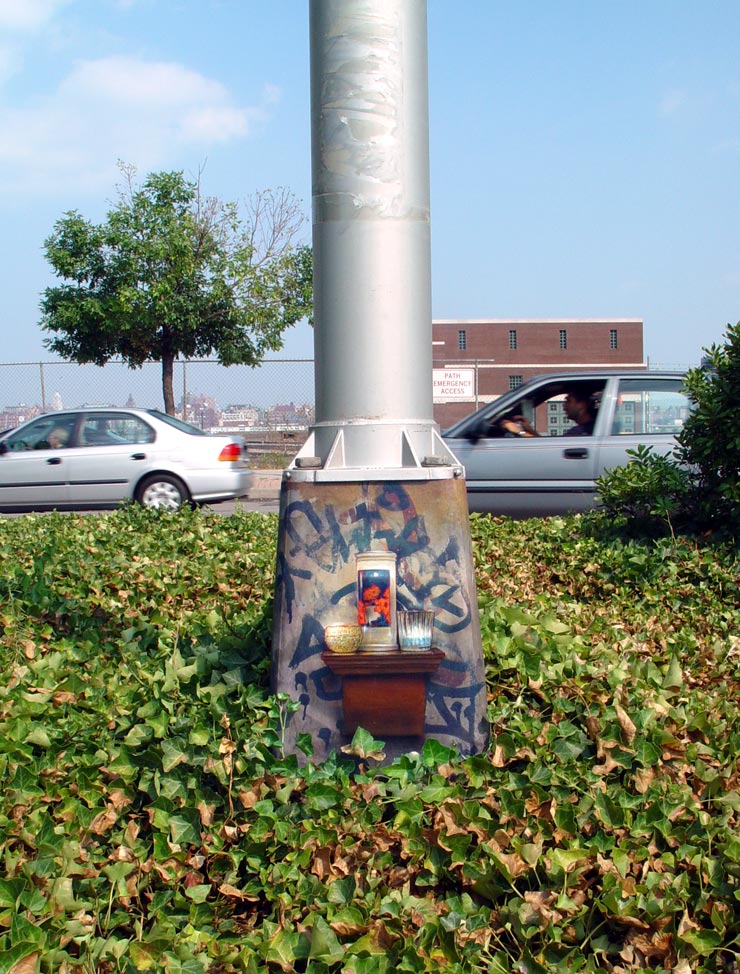 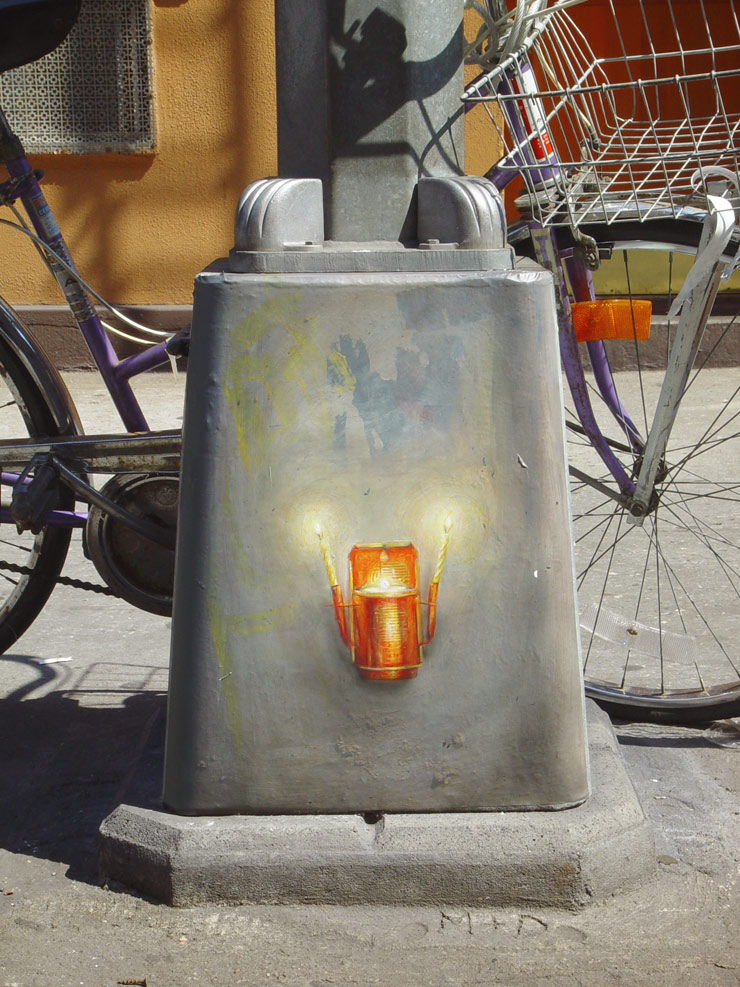 BSA Images Of The Week: 01.25.15
Here's our weekly interview with the street, this week featuring $howta, 2tude, Art is Trash, Chilly Pete, City Kitty, Damon, Dough the Thug, LMNOPI, Mr. One Teas, Sean9Lugo, and Sweet Toof. ...
Photos of 2020: #2 : White Male Running Down the Street
Happy Holidays to all BSA readers, your family and dear ones. We're counting down some of our favorite photos to appear on BSA in 2020 taken by our editor of photography, Jaime Rojo. We wish each per...
"Writing The Future": Basquiat , Broken Poetics, and the NYC Cultural Context
To accompany the exhibition “Writing the Future: Basquiat and the Hip-Hop Generation” at the Museum of Fine Arts in Boston, a substantial catalogue has been released to support the show and place the...
"Que Pasa Con El Graffiti?" A Parody of Commodifying Graffiti / Street Art in Barcelona
Mikel Parera. Zosen. Plaza de las 3 Xemeneies. Barcelona. (photo © Lluis Olive Bulbena) In a bit of cynical irony on the street, creative director/UX designer Mikel Parera teams up with this clust...
Johannes Mundinger Painting in Mexico City for "Wall Dialogue II"
Berlin based Street Artist and abstract impressionist Johannes Mundinger just spent a month in Mexico City as part of WALL DIALOGUE II painting in collaboration with Blo and talking with other artists...
9/11 Brooklyn Brooklyn Street Art Dan Witz Ground Zero Jaime Rojo Manhattan New Jersey NYC September 11 Steven P. Harrington WTC 9/11