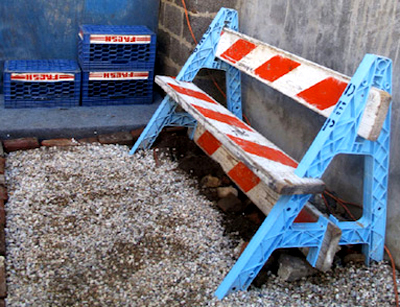 A major new collaborative initiative led by the New Museum to harness the power of the creative community in imagining the future city will feature an innovative StreetFest along the Bowery, where fresh new ideas for the city will be prototyped and on display.

Be sure to follow the Festival of Ideas blog, featuring guest posts by Trust Art.
Manhattan, New York – The Bushwick Art Park, a Trust Art project led by the artist collective and brotherhood known as Skewville, will be just outside the New Museum of Contemporary Art as part of StreetFest on Saturday, May 7. You can come ‘kick it’ at this street-inspired sculpture garden and philosophize on how to transform an under-used street in Bushwick into a community art park.
Don’t forget the ribbon-cutting ceremony at 1pm, featuring representation from the office of Council Member Diana Reyna.
The prototype art park will be curated by Factory Fresh gallery director Ali Ha, and feature pieces by Skewville, Leon Reid IV, Specter, and Olek.

Be Sure to join us at the Bushwick Art Part,
located in front of the
New Museum
Saturday, May 7th, from 1-7pm

MEET THE BUSHWICK ART PARK TEAM
Bushwick, NY – An whole team has emerged intent on making the Bushwick Art Park a reality. From three “Pratt Bratt” graduate students who are helping with policy research, community surveys, and proposal-writing; to Ali Ha, gallery directory at Factory Fresh; amazing infographic experts; and the hundreds of people who have already signed our petition, the Bushwick Art Park has a lot of friends. Live in Bushwick? Take our quick survey. 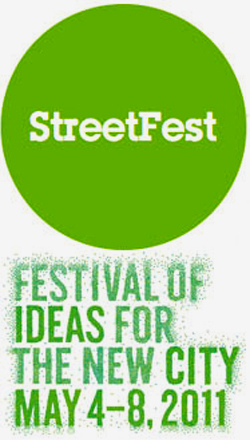 Hellbent, Rubin, and Aakash Nihalani In Progress on Domino Walls in BK
Williamsburg once ran heavy with renegade Street Art; names like Faile, Swoon, Bast, Shepard Fairey, Gaia, NohJColey, Judith Supine, Momo, Elbowtoe, Dain, DarkClouds, Matt Siren, Armsrock, Dennis McNe...
BSA Images Of The Week: 10.04.15
Here's our weekly interview with the street, this week featuring A Visual Bliss, Buttless Supreme, Case Ma'Claim, Dre, Jaye Moon, KAS, Kelly Towles, Lexi Bella, Mr. Prvrt, Pear, Shark Toof...
BSA X ONO'U Festival 5: Day 5 - Cranio Brings Indigenous Life to Raiatea
This week BSA is checking out French Polynesia to get an appreciation for the Street Art, graffiti and street scene here while the 5th Annual ONO’U is taking place. Join in the tropical action while w...
ECB Photographed by Joel Zimmer
We’re counting down the last 12 days of 2012 with Street Art photos chosen by BSA readers. Each one was nominated because it has special meaning to a reader or is simply a great photograph from 2012...
"Art Silos" Rise in the Harbor of Catania, Sicily
They’ve been here since the 1950s, these silos for wheat and corn on the harbor of Catania on the east coast of the island of Sicily at the foot of Mount Etna. 28 meters tall and facing the Ionian Sea...
Ali Ha Brooklyn Brooklyn Street Art Bushwick Leon Reid IV Manhattan New Museum of Contemporary Art NYC Olek Skewville Specter The Bushwick Art Park