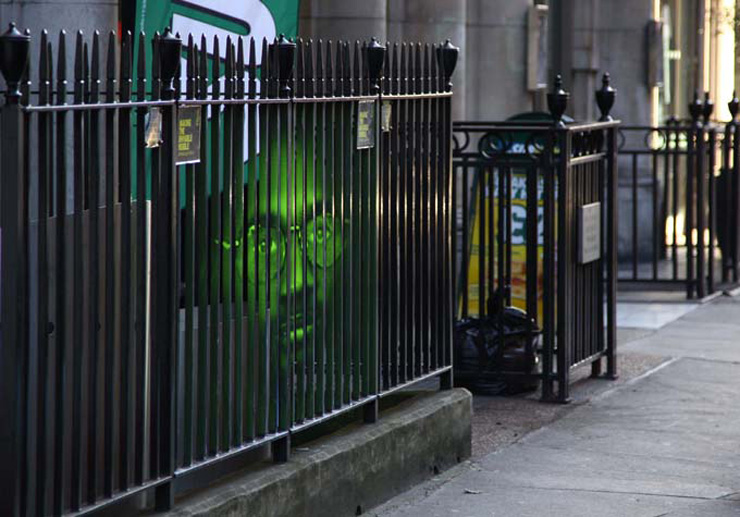 13 from 2013 : Brock Brake "Being In the Middle of Creativity"
Happy Holidays to all you stupendous and talented and charming BSA readers! We thank you from the bottom of our socks for your support this year. The best way we can think of to celebrate and comm...
BSA Images Of The Week: 09.19.21
Welcome to BSA Images of the Week. For all the flooding of our street art consciousness by the mural movement during the last handful of years, we're still impressed by the completely organi...
Brooklyn's New "99%" Will Serve Street Art Fans and Many More
Anyone in New York will tell you that the adage holds true if you are trying to get your dream to happen in this city– a band, a restaurant, a store, a website, a clothing line. It could be a genius ...
Stavanger Norway Celebrates Brooklyn Street Art! The NuArt Festival
EXCLUSIVE BROOKLYN SPECIAL! NUART-NUYORK Stavanger Norway meet Brooklyn New York. Some of the worlds leading street artists are flying for a week or two to Norway to participate in a street art fe...
Exploring From Coney To Harlem: Fresh Art on The Streets This Summer in NYC
Summer brings people out onto the streets. New Yorkers especially love to congregate on corners, stoops, public parks and plazas, sidewalks and on the streets to soak in the sun and the excitement of ...
Alëxone Andrew Holder Art Basel 2010 Augustine Kofie Bask Brookklyn Street Art Dabs Myla Depoe Dolla Erik Otto Escif Florida GGG Herbert Baglione Jack Hudson Jersey Joe Jim Darling Kenton Parker Logan Hicks Miami Michael De Feo Mike Perry Parskid Pepa Prieto Primary Flight Remed Remi/Rough REVOK Reyes and from the Family Baglione: Flip Ryan Bubnis Sesper Skewville Stormie Mills Surge Tatiana Suarez Tes One Thais Beltrame The London Police Tristan Eaton