First NYC celebrated downtown artist, Street Artist, and Brooklyn resident Kenny Scharf. We have his first installed roll-down pieces in Chelsea that are part of his city wide project “The Street Gallery” with Anonymous Gallery and we have him in progress doing his large-scale mural on the Houston Street wall. 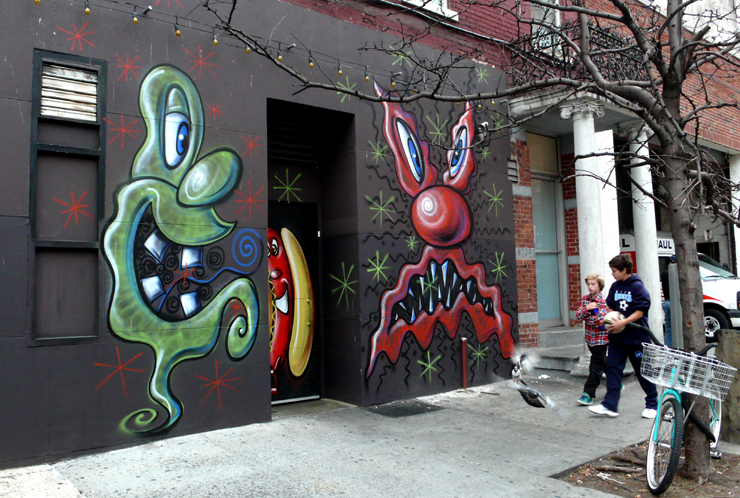 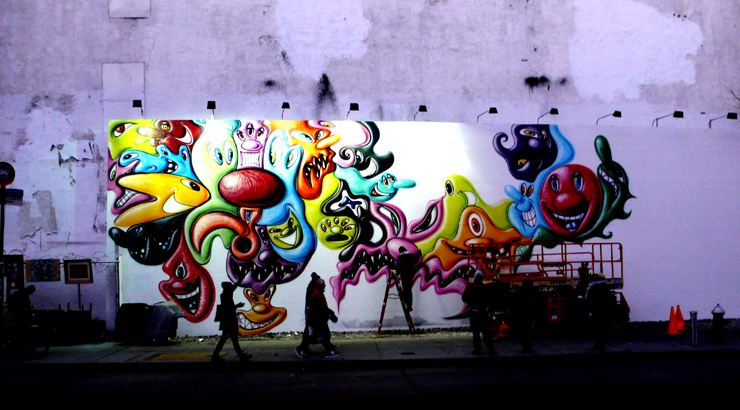 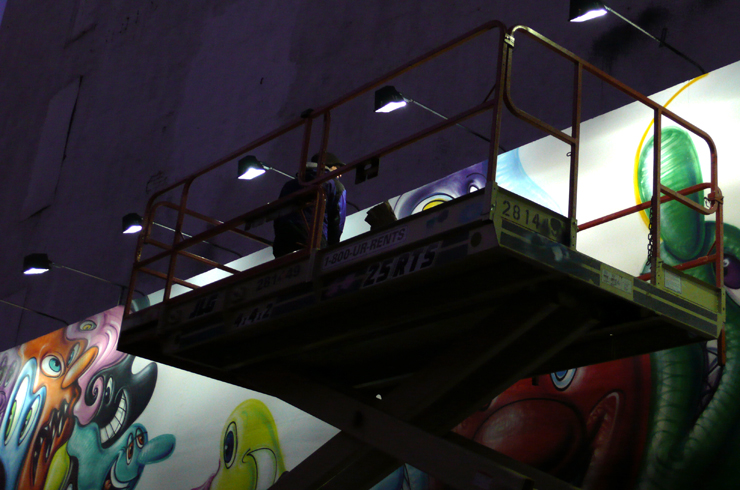 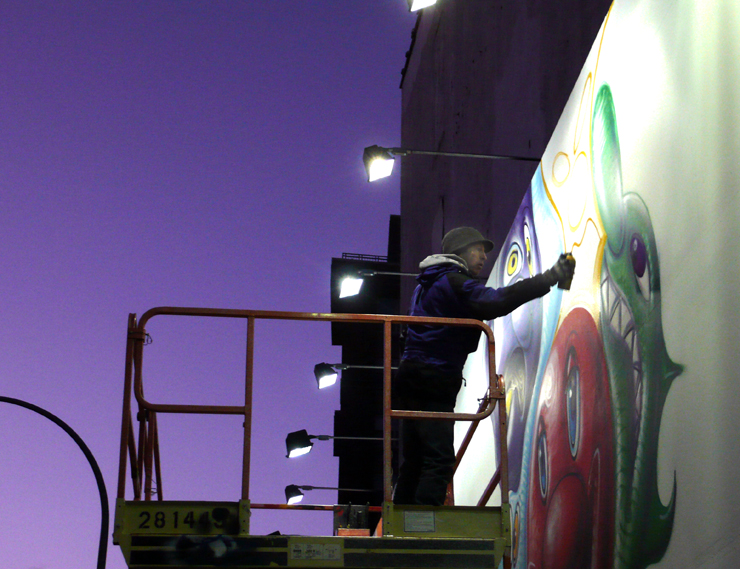 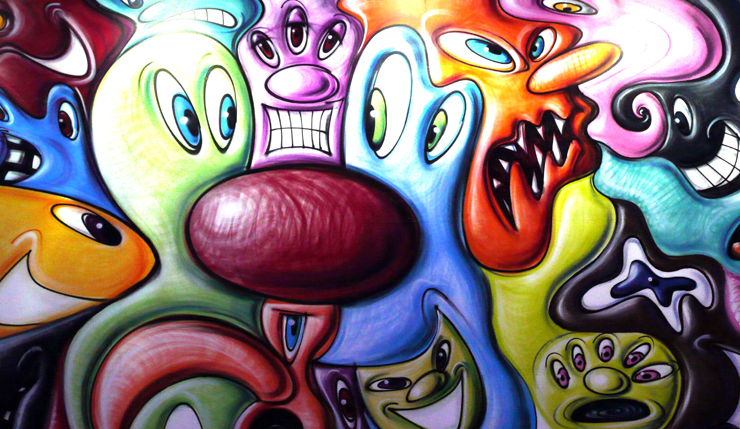 British Street Artist K-Guy was recently in NYC for a show at the new Chelsea spot Indica Gallery, which is named after the original Indica Gallery in Mason’s Yard, London.  His new piece for Amnesty International is called “Blood on your Hands”, pointedly incriminating the masters of industry who profit from child labor and other inhumanity. 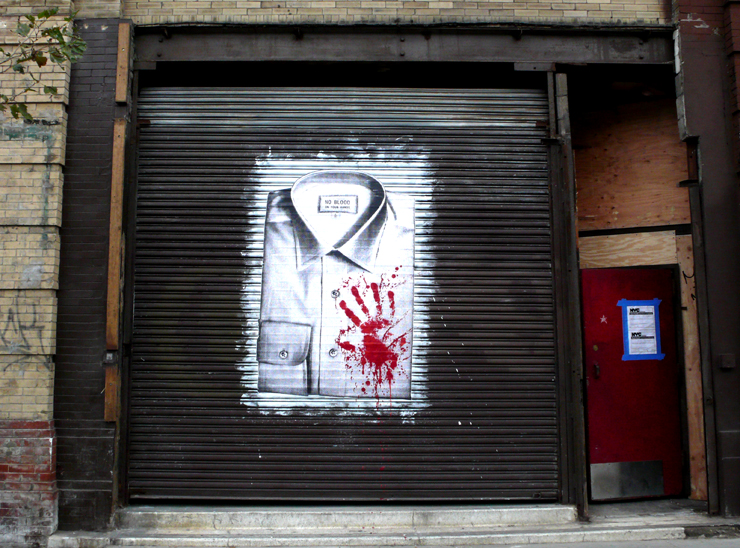 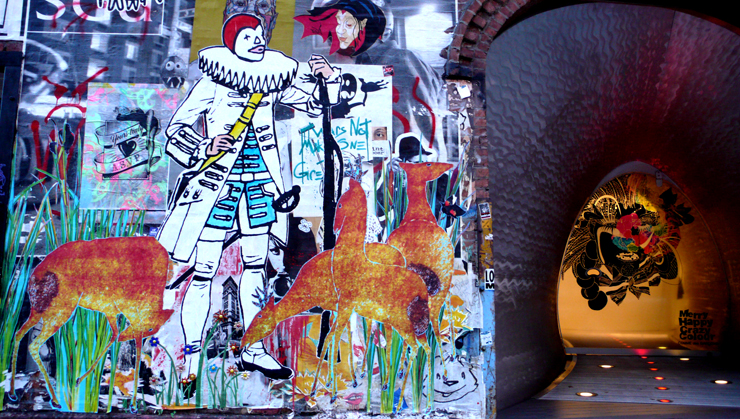 Next it’s a brand new collaboration between Shin Shin and Wing. Both artists create a fantastic version of the natural world, insinuating themselves into Street Art milieus with still life compositions of  flowers and animals. 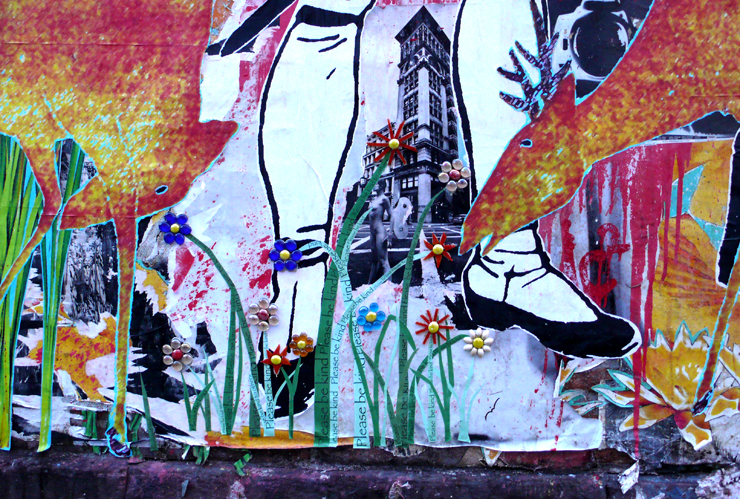 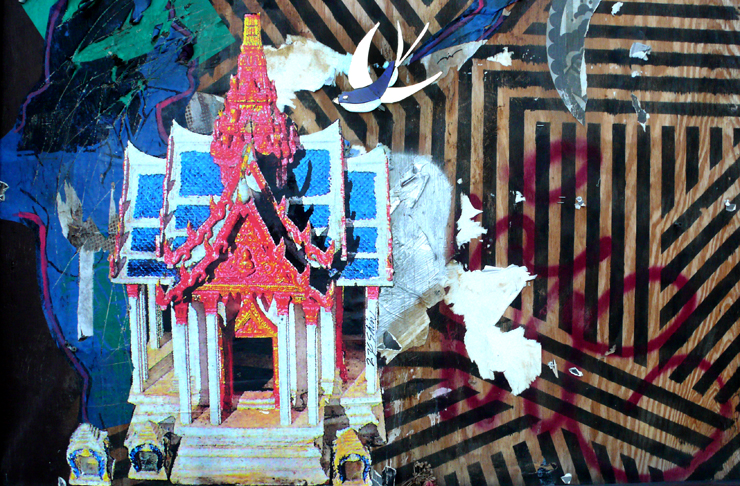 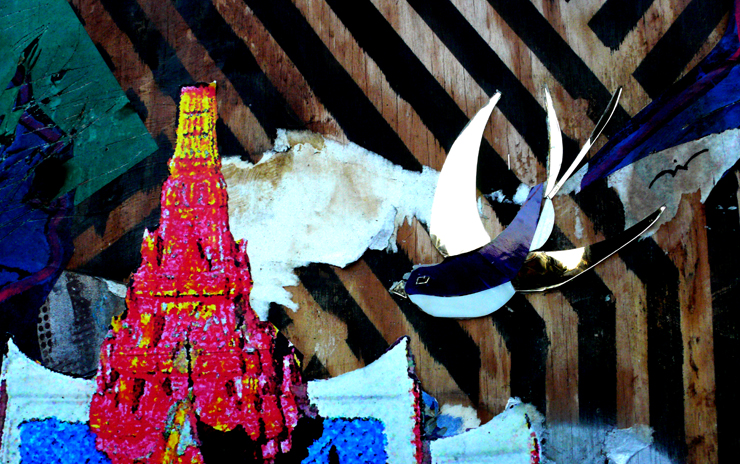 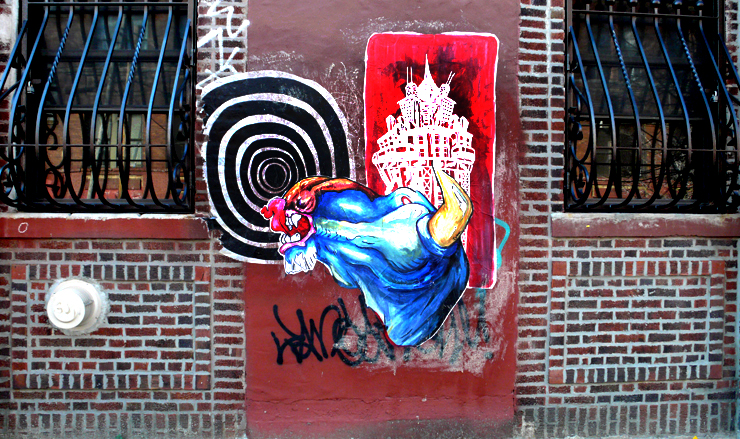 Finally TipToe pulled out a new colorful Minotaur and Brooklyn’s own Skewville got some glittery competition on the old wires. 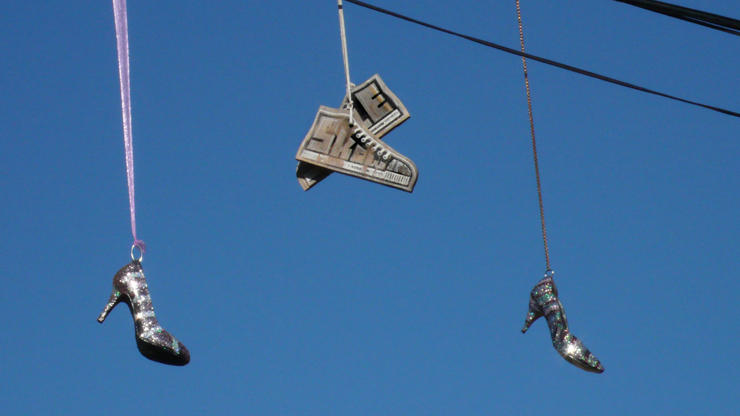 Leisurely Street Art in El Cabanyal in Valencia
A man of leisure these days, BSA contributor Lluis Olive-Bulbena took a three day trip to Valencia, Spain to participate in the festivities of El dia del Cabanyal. Exit-Enter. Valencia., Spain. (...
Elfo says "Elite: R.I.P. in 2020" on Walls of Verona
“The reports of my death are greatly exaggerated.” That’s the text of a cable sent by the writer Mark Twain from London to the press in the United States after his obituary had been mistakenly pu...
BSA Film Friday 08.30.19
Our weekly focus on the moving image and art in the streets. And other oddities. Now screening : 1. Don Rimx x Owley "Olor A Azucenas El Perfume Del Barrio"2. Street Art Singapore (VICE)3. LA...
BSA Images OF The Week: Nuart Aberdeen Edition
End of Passover for many, the best day of Easter weekend for others, just another spring day for still others, and a fine finish to our little Aberdeen excursion. As we rea...
Nevercrew: "Cluster" In Novara, Italy.
A certain defined maritime surrealism again provides us the lens through which NEVERCREW interprets the dominance and selfish behaviors of man over nature and how they continue to backfire. A “Cluster...
Brooklyn Brooklyn Street Art Clown Soldier Jaime Rojo K-Guy Kenny Scharf Manhattan new york NYC Shin Shin Skeville Steven P. Harrington Tip Toe Wing