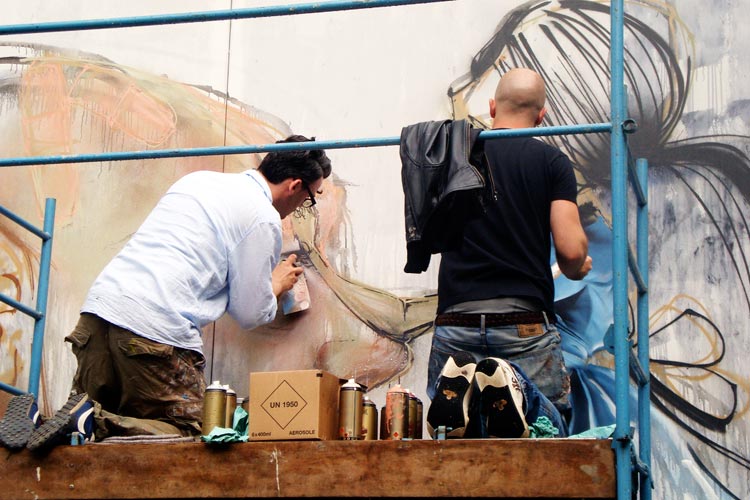 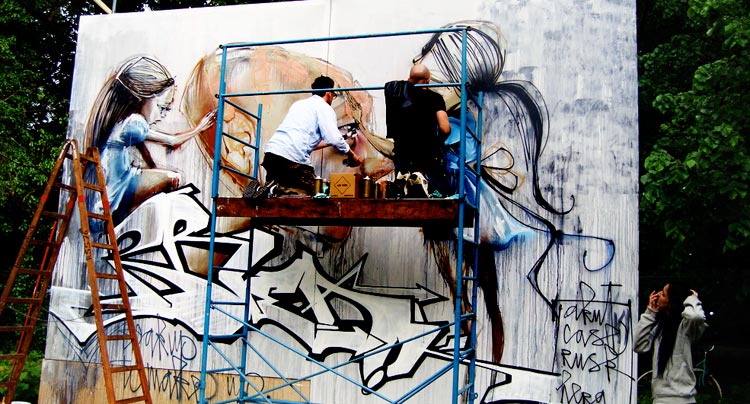 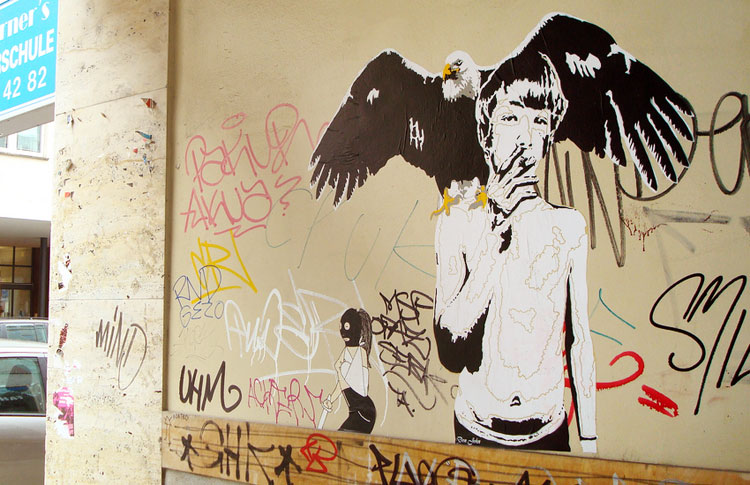 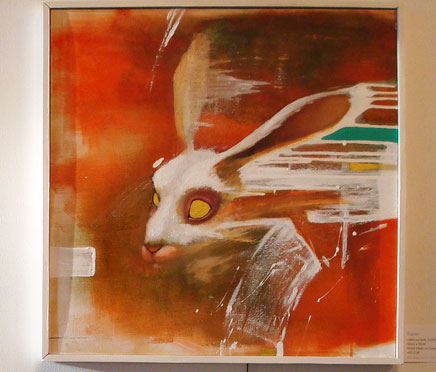 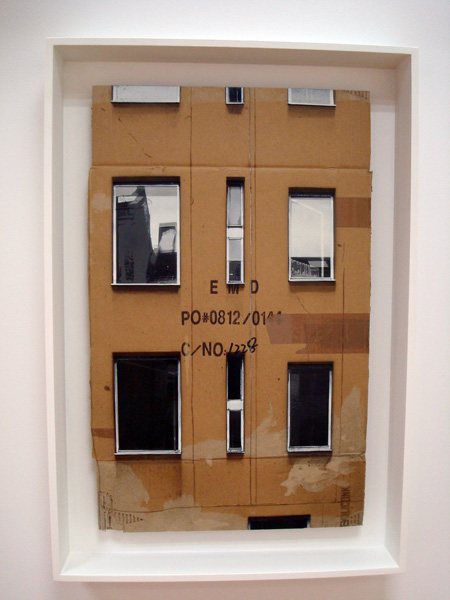 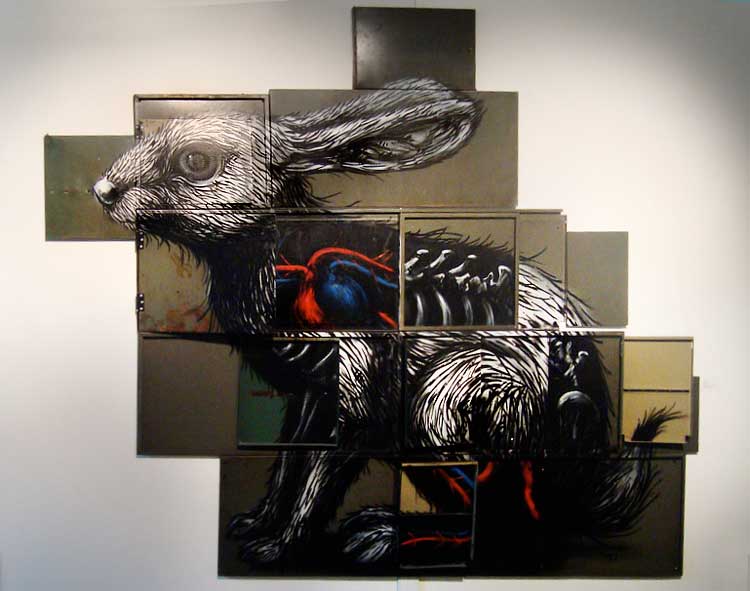 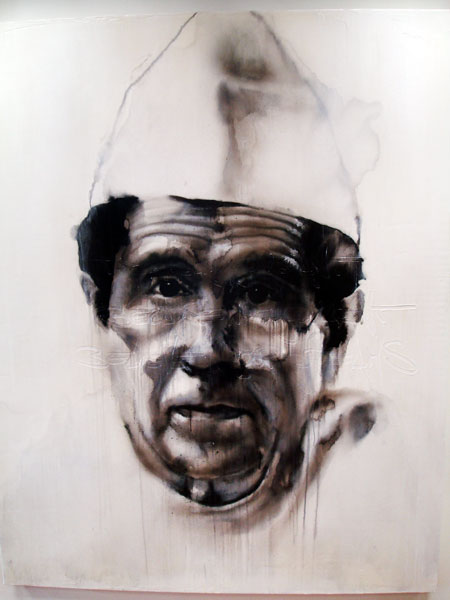 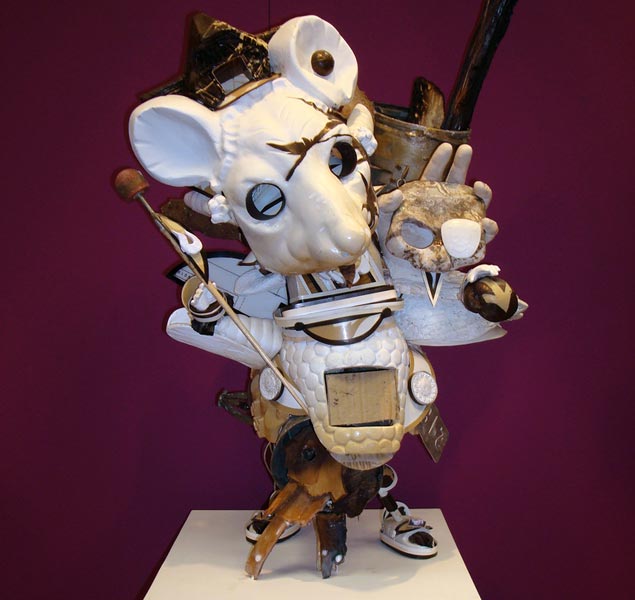 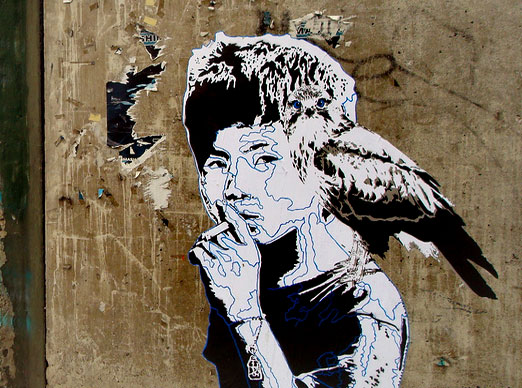 In Istanbul the "Language Of The Wall", Street Art, and Graffiti
"The Language Of The Wall. Graffiti / Street Art" Pera Museum. Istanbul, Turkey No Street Artist is a prophet in his own land, to paraphrase the Latin "Nemo propheta in patria". To see a large show ...
Johannes Mundinger: Leave No One Behind / Dispatch From Isolation # 50
#leavenoonebehind #savethem That’s the message from Berlin based street artist Johannes Mundinger in his latest mural of melting slabs and abstraction and murky text. He tells us that he is thinki...
A Saturday Mural in Mexico City with Tiburon 704, Navajas, and Shente
A ROA/SEGO Colab is Defaced and Replaced (VIDEO) “It’s not illegal graffiti, it’s a contemporary mural,” says a passerby who is watching the new collaboration by Tiburon 7ö4, Navajas, and Shente in M...
Rylsee Plays With Letters, Show Opens at Urban Spree
“How to Play with Letters” is the new monograph, “Other Inbox” is the show. Both are by RYLSEE, the visual artist from Geneva who now lives in Berlin and has been a member of Urban Spree for five year...
BSA Images Of The Week: 06.10.18 X ONO'U Tahiti Festival Special
Hello from French Polynesia! All week we have been hopping around the islands from Papeete to Raiatea and now in Bora Bora. Celebrating its 5th anniversary/birthday last night at the h...
Alexander Becherer Biserama Blumenstrasse Case Claudio Ethos Don John ECB EVOL Fraunhoferstr Germany Henbdrik Beikirch Herakut Kid Acne Ma’Claim Morten Andersen Morten Anderson Munich Roa Sainer Stroke02