The long awaited return of Gore B.

– don’t know why I say it that way but it seems that the streets had a few more historical references and sudden intricate storylines when Gore B. was around.  His new “drawing” show opening at Pandemic Gallery in South Williamsburg tomorrow features densely layered elements in black white and silver – all of his favorites: painted portraits from early photos, symbols from science, religious and maybe astronomy textbooks, ornate filigranic linework, and an ongoing fascination with type styles and letter faces. 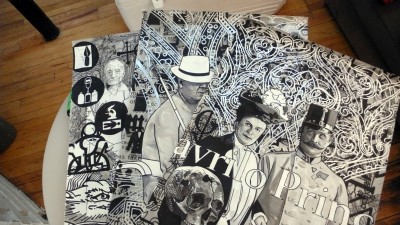 Some new Gore B. drawings that will be on display at the Pandemic Gallery Friday (photo ©Steven P. Harrington) 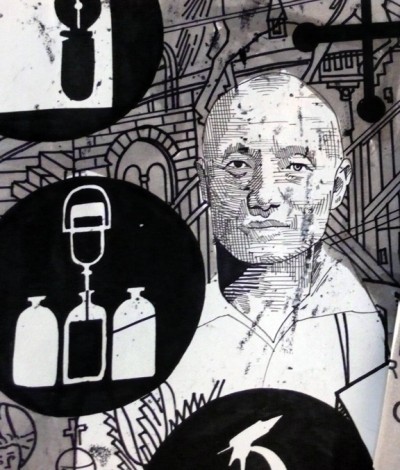 But Gore B. will not be alone at Pandemic by any means on Friday – “Stokenphobia”, a show about two geometric shapes, will feature the work of around 40 street artists and friends in a show of community love for signage. 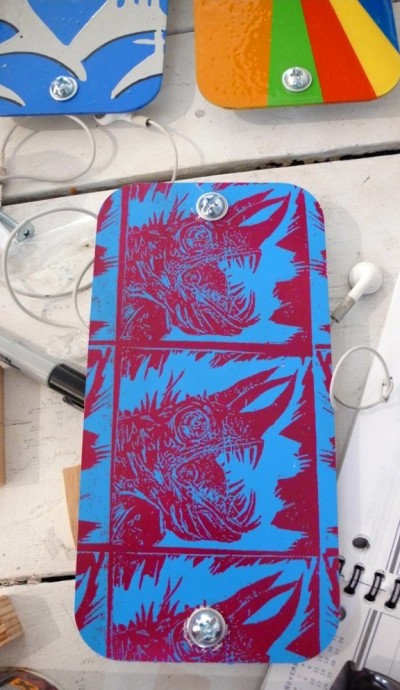 For the non-eggheads reading this – stokenphobia is fear of circles – so Pandemic has provided small rectangular shaped metal signs to a number of people to create a piece on. 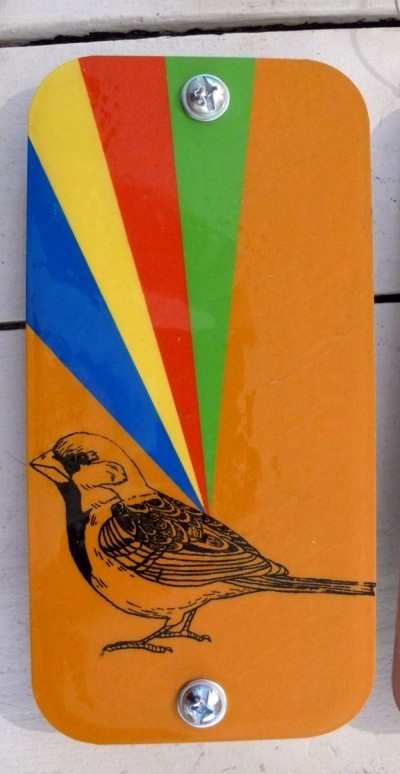 Says Robbie D. of Pandemic, “It’s kind of sporadic. There was no real theme except ‘Just do whatever you feel on the objects we give you.’ We provided the metal signs and basically everybody is allowed to do what they want.  So there’s no real theme to the artwork – it’s just about the shapes.” 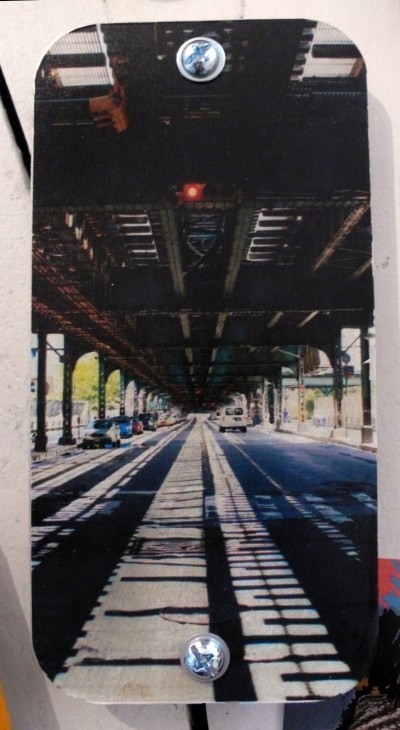 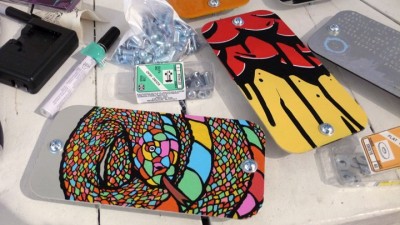 Speaking about the makeup of the group who was invited to participate in the show, Robbie D say, “Mainly they are street artists but there are a lot of friends and artists who don’t work on the street but work in a studio. So it’s really just acquaintances and other street art people we respect and have known for a while now – kind of a close group of people that we know.” 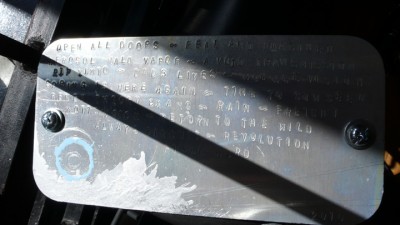 “Open all doors – real and imagined” opens this metal screed – and AVOID pounded every letter into this sign. (photo ©Steven P. Harrington)

On the opposite side of the room, are a number of large frightening circular shapes that are used as canvasses. 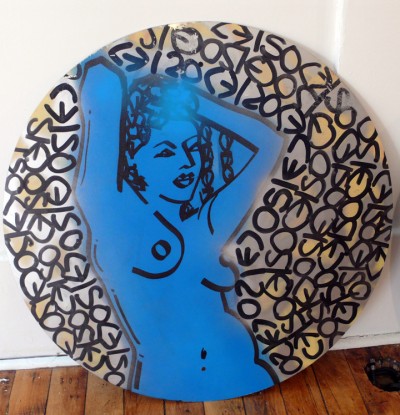 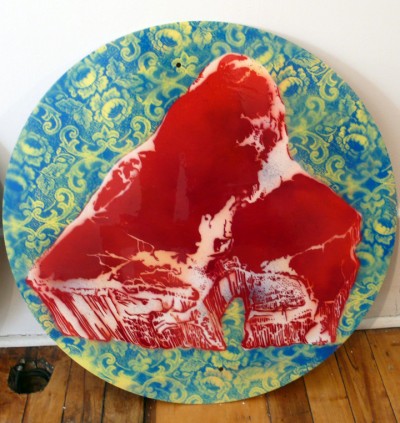 "Fake Beef" is the name of this piece by Buildmore - referring to the lively imaginations (or paranoia) of artists who think others are out to get them. It's circular shape and lace-like patterned background also reminded me of a piece that Hellbent did- but now I can't find a picture of it. (photo ©Steven P. Harrington)

Read more about the show HERE