The Tou Scene is an important art center housed in a former brewery in Stavanger that dates back to the 1850s. The complex is now a setting for a number of site-specific installations by Street Artists involved in this years Nuart festival, where vignettes and full-blown scenes are conjured and lit to take visitors elsewhere for a moment. Indoor venues like this are great for many of these artists to have the luxury of time for exploration and the further development of their concepts. With a sense of intent, the support system in place at this festival is enabling a dimension of work that cannot be realized  during the turbulence and urgency that is the nature of most Street Art.  Here are some new spatial tableaus at the Tou Scene by Herakut, Phelgm, Tellas, Escif, Hyuro, David Choe and The Mysterious DVS1.

Thank you to photographer John Rodger who captured these beautiful images exclusively for BSA readers. 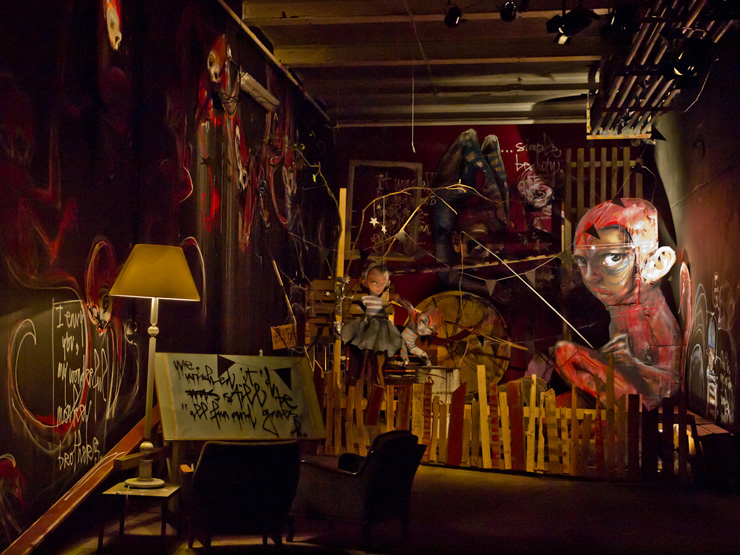 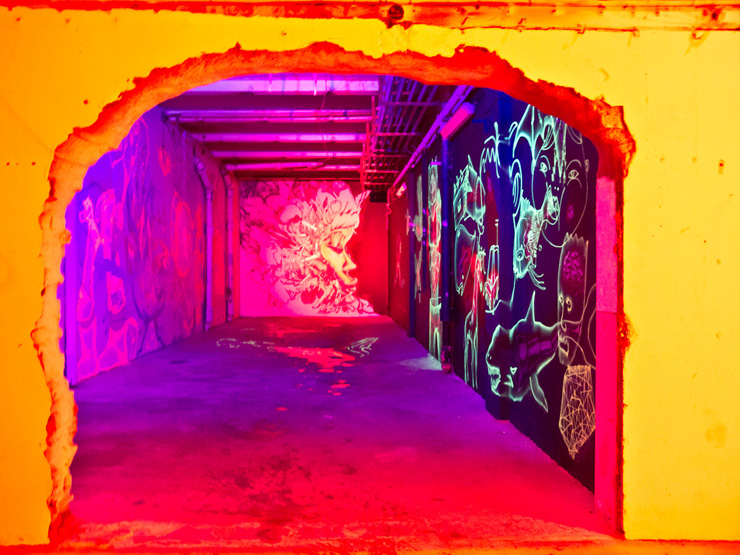 David Choe and The Mysterious DVS1 installation in their tunnel is illuminated with ultra violet light. (photo © John Rodger) 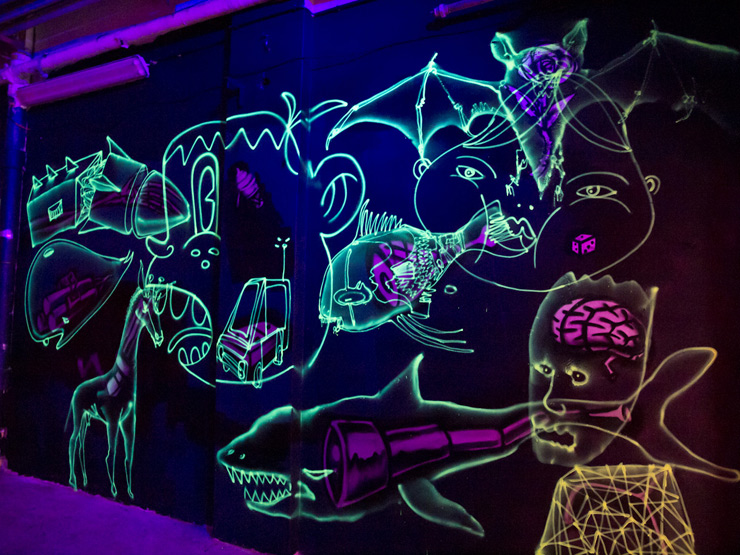 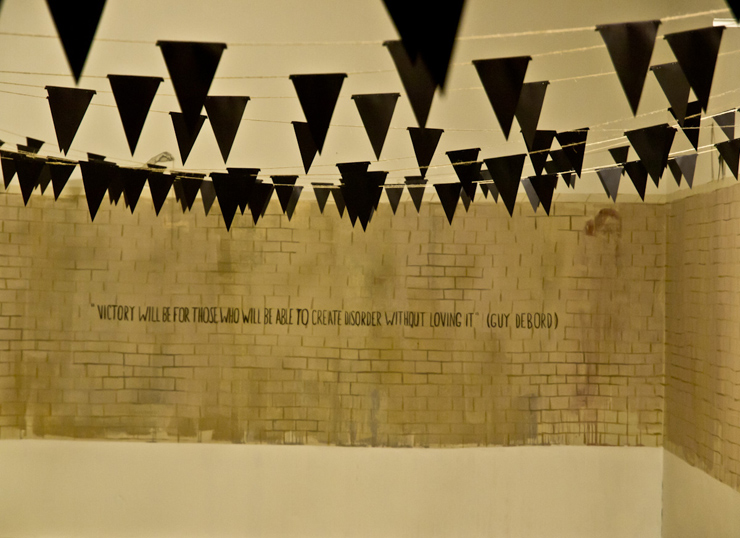 Escif and Hyuro collaborated on this installation with words by the late French theorist, writer, filmaker and Letterist Guy Debord, 1931-1994. (photo © John Rodger) 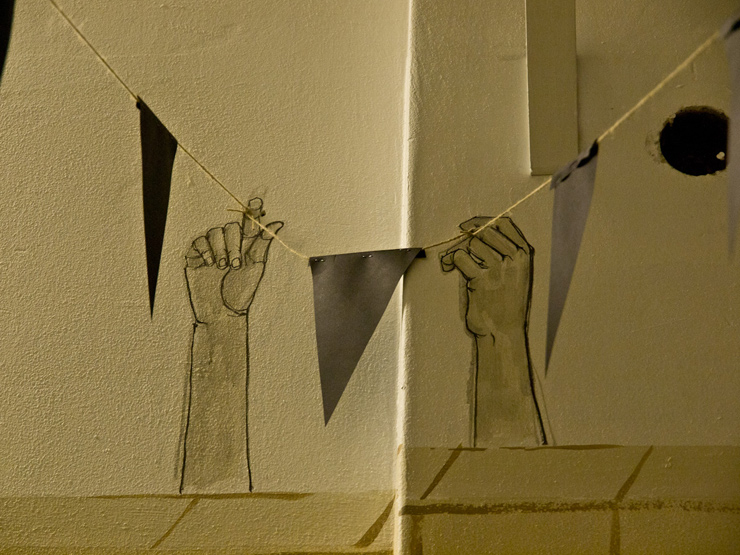 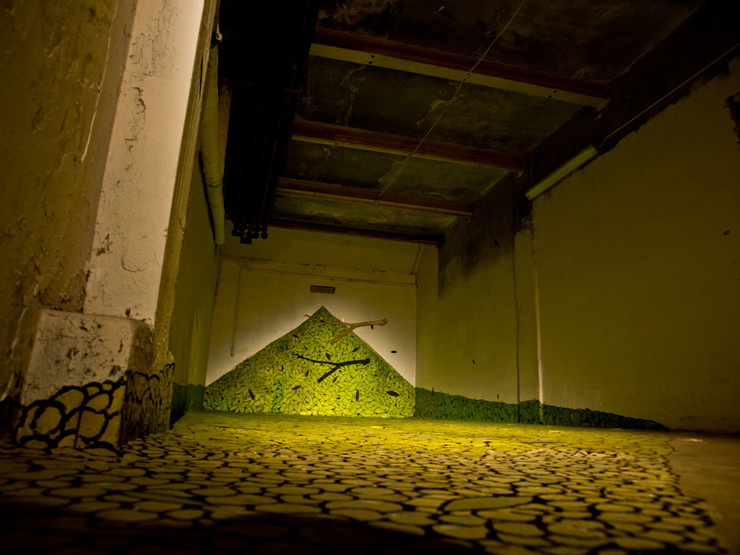 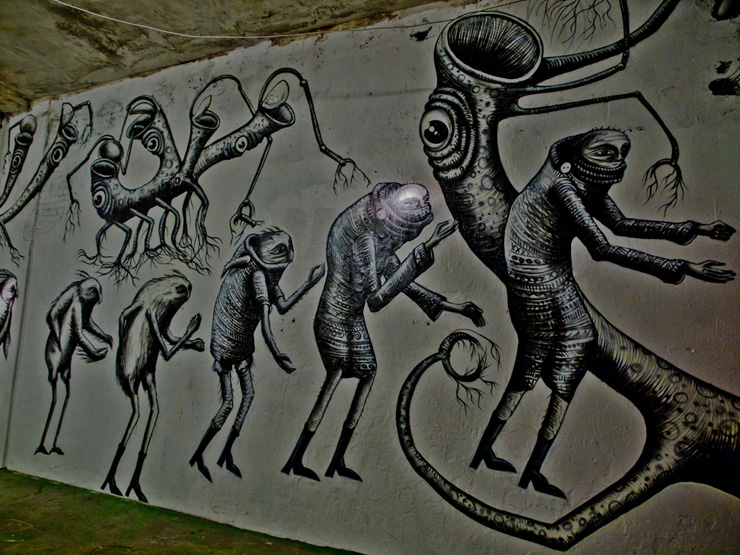 With special thanks to Ada Zielinska.