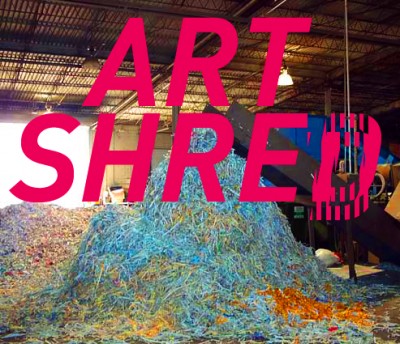 Inspired by the seedy side of New York, which has swiftly slipped inside dark clubs

since being scraped off the sticky street and out of Times Square by the Mickeypolice, street artist and curator El Celso is bringing a group show and installation on September 12th called PEEP-O-RAMA.  Echoing slightly the Butt Magazine show at the Asia Song Society in Chinatown this summer, which featured “conceptual” video and booths with strange holes drilled in the walls, PEEP-O-RAMA brings adult themes to 12th Avenue, where freelance sex-workers once roamed free…

EL CELSO is pleased to announce the opening of PEEP-O-RAMA, a group art show and installation at the AK-57 Gallery at 830 12th Avenue, between 57th & 58th Streets in Manhattan, next to the West Side Highway in the historic ART KRAFT building.

PEEP-O-RAMA features paintings, sculpture, and a full-scale site-specific installation by New York’s most dynamic contemporary artists. The group show opens on Saturday, September 12 from noon-4PM with a reception from 6PM-10PM at the AK-57 Gallery at 830 12th Avenue. The event is free and open to the public.

Just north of the People’s Republic of Brooklyn, across the Pulaski Bridge, lies a nice patch of pavement called Long Island City, Queens.  Art fans always make sure to hit the Sculpture Center, PS1, and 5 Pointz – which is famous to taggers and street artists alike; a protected haven and prized pantheon of the creative spirit.  If you were to throw a molotov cocktail from 5 Pointz and  PS1 had the wind at your back you might smash into a marriage of both right now: an outside street gallery show called POST NO BILLS, featuring the work of about 25 intrepid explorers installed thoughtfully on a block long stretch of construction site walls.

One of the curators of this show, Celso, put down his hammer and nails for a minute to talk about his latest project, as well as his own recent solo and collaborative work:

BrooklynStreetArt: So you and your co-curator Infinity have put together a sizeable outdoor show called POST NO BILLS. Even with two people, it looks like it was a lot of work.

Celso: It wasn’t too bad. infinity and I have been working together for some time, so we can get things done quickly and easily. We both tend to be in agreement on what works and what doesn’t and that makes things easier. Plus, we both love the color orange.

BSA: How long have you two been working together?

Celso: It’s been three to four years, mostly through Endless Love Crew shenanigans, but in the last year or so, the two of us have done a lot of collaborative pieces (paintings, smaller murals, etc.), and now we’re also working together at a more massive level. infinity has lots of evil plans brewing…

BSA: Is Infinity trustworthy and reliable?

Celso: Not with money or women.

BSA: What was the main challenge getting the stuff up?

Celso: Some of the Post No Bills artists had never put work on the street before like James Willis and Inga Huld Tryggvadottir. James is an established gallery artist and he works in charcoal. This means that his works are incredibly easy to smudge. Now, add wheatpaste to the mix and it can get pretty ugly.

Likewise, Inga is an incredible cutter. She makes these fantastic works that are made out of layers upon layers of paper. This may work in a gallery, but on the street, it was a challenge to secure it to a wall. We used a ton of wood glue as well as a few screws to keep everything up. Despite the challenges of installation, the pieces really rock on the street.

BSA: So, really, it is a gallery.  Damn, I missed the opening!  Were there white wine and cheese cubes?
Celso: This Friday June 27th is the opening. We’ll have a cooler and a cheese tray. Maybe some showgirls too.

BSA: How did you hook up that space? I notice you have ceilings to conveniently shield your gallery visitors from the sun and rain.
Celso: I got the space through chashama, an arts organization based here in the city. They’re a non-profit that provides artists with subsidized studio and gallery spaces. They hooked me up with this spot. And yeah, what attracted me to it was the second level roof. It allowed us to put up two floors worth of art which are open 24/7. Next time we’ll try and add a penthouse….

BSA: Whose idea was it to take the gallery approach to the street?
Celso: This is something I’ve been thinking about for some time. I’ve curated a number of shows in galleries and I’ve worked on the street. And this seemed like a logical extension of both: an art exhibit on the street. When I saw the spot, I knew it would work. Plus, you can’t beat the traffic. It’s right next to the Pulaski Bridge and the Midtown tunnel.

BSA: In a way, the huge mural you did recently (very close to this one) was an outdoor gallery too.  But this one seems more formalized, with a gallery/museum presentation.
Celso: Yeah, I would say that “Standing at the Crossroads” (which we did with Deeker and Royce Bannon) is a more traditional mural. It’s so bright and over the top that it needed an unobstructed wall to work.

Celso: When I first saw the site where the Galerie Pulaski is installed, it looked pretty crappy. The construction walls were battered and painted blue and the area was surrounded in scaffolding. I knew that if we painted it gallery-white, the art would really pop. Now, people who’ve never set foot in a gallery or museum are forced to do it as they run out to catch a bus or train. Force feeding art every once in a while is a good thing.

BSA: Have you seen the gallery that was posted on a worksite in Williamsburg on S.5th and Berry this spring?  Think that one was sponsored by an energy drink.
Celso: No, I missed it.

BSA: While you have a lot of singular pieces all over the city, I notice that a lot of your work has been collaborative – Endless Love Crew is built on that model.  What appeals to you about collaborative shows?
Celso: It’s fun to work as a crew. There’s the partying and jams, but I also feel as if you learn a lot just hanging out with other artists. It’s art school without the blowhards and can be really energizing. _
But I do like to do a mix of solo and group stuff. I’ve worked on a lot of ELC stuff, but I’ve also done my own projects. I’ve worked a lot independently here in New York, doing posters, firebox shrines and the painted Plexiglas pieces, and I did a series of painted political signs in L.A. and in upstate New York. __The reason my independent work may not always be easy to find is because each piece I lay out on the street is an original. No Kinko’s bulls**t. Nothing is mass. Every piece is a hand-drawn and hand-painted. It’s a lot more work, but it keeps things more interesting. Plus, there’s something to be said for keeping pieces special.

“Our Lady of Monsey Trails”, by Celso. Photo by Celso.

BSA: There are a huge number of construction sites in Brooklyn right now.  Do you think you’ll do another gallery show soon?
Celso: Yeah, I’m already working on another one but the location is secret for now 😉

Celso’s work can be seen Here
Endless Love Crew too