Cities of Hope Mural Project creates more than a selection of eye popping visuals for Manchester, it creates community. Pairing artists with local grassroots organizations, the content and themes are related to the neighborhood and the local issues in many ways.

South African Street Artist Faith47 brought her socially conscious practice to combine the Triangle Project back home with the Partisan Collective in Manchester to create this new kissing couple for a slice of wall. Here her focus is to support LGBT peoples’ rights to access a safe environment away from the commercial venues in other parts of the city.

“Relationships rise and fall, societies blossom and crumble,” says faith47. “The profound connectedness between us creates and destroys life. We are sensitive and caring, yet at the same time vulnerable and cruel.”

An unusual tour through some of the cultural institutions and locations in Vienna associated with Sigmund Freud, as seen through one of the cities newer inhabitants, the dissectionist Nychos. A dual promotion of tourism in the city as well as the artist himself and his new show opening at Jonathan Levine this Saturday in New York,  the artist gives you a backstage view of how that crazy Freud brain sculpture was conceived and made this spring to ready it for last weeks’ debut on 23rd street in front of the Flat Iron Building.

First it was Christ walking on water, now it’s Christo.  At 80, and without his dear love at his side, their project is now something they can share with thousand of others with “Floating Piers” 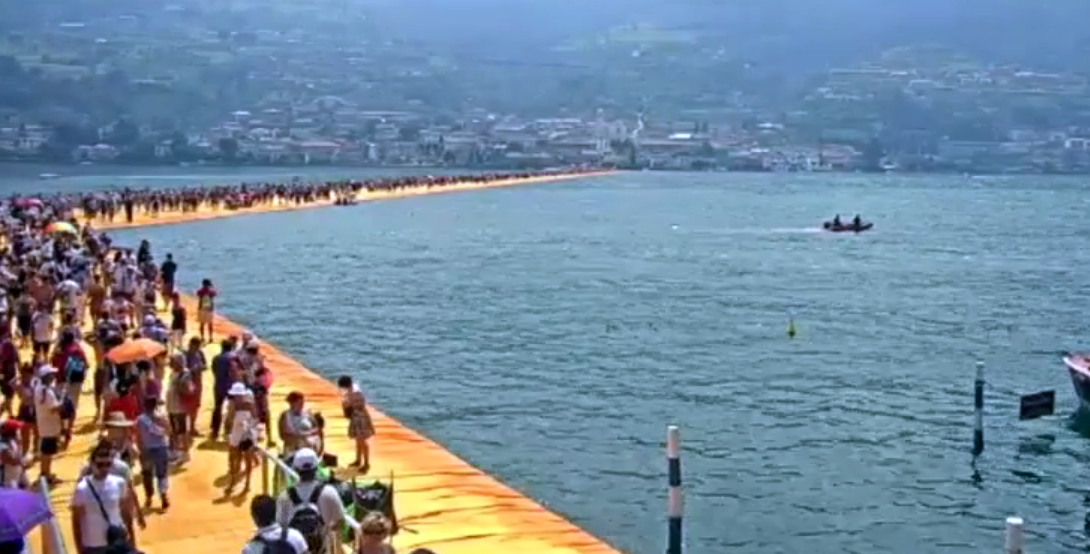 Times of Tumult Personified in Sculpture by Tomasz Górnicki and Chazme
A dramatically posed, sharply suited figure jostles rather elegantly atop a chaotic groundscape, a deconstructed, geometrical plinth that breaks apart underfoot, lifting his arms and contorting his to...
Leisurely Street Art in El Cabanyal in Valencia
A man of leisure these days, BSA contributor Lluis Olive-Bulbena took a three day trip to Valencia, Spain to participate in the festivities of El dia del Cabanyal. Exit-Enter. Valencia., Spain. (...
BSA Film Friday: 10.09.15
Our weekly focus on the moving image and art in the streets. And other oddities. Now screening : 1. Dale Grimshaw Heroically Celtic in Camden, London. 2. Zalez Surfs and Stencils a Good...
Nychos Slays in New York : IKONS Revealed as Never Before
"Scientists, psychologists, surgeons...in the end we're all driven by a similar curiosity." This month has been a whirlwind in New York for Austrian Street Artist /fine artist /illustrator named Ny...
Icy & Sot on a European Street Art Tour
New York's adopted Street Art brothers Icy & Sot have been spreading their wings in Brooklyn for a couple of years since we first interviewed them upon their arrival in the US from Iran. In that t...
Brooklyn Street Art BSA Film Friday Chop 'Em Down Films Faith47 Jaime Rojo Manchester Steven P. Harrington U.K.