The corporate art project known as hygienic dress league (HDL) has discovered the great rural iconic barn side as billboard and has started to mess with it. For years the providence of Big Tobacco, Big Oil, Jesus, and Dr. Pierce’s liver pills, the big red barn on the side of the road has been a place for country folk to receive large scale entreaties as they amble by. The Detroit-based artists who comprise HDL don’t as much twist this traditional mode of advertising as meld it into an artwork that aims to claim new mindshare in the dawning age of Big Data. 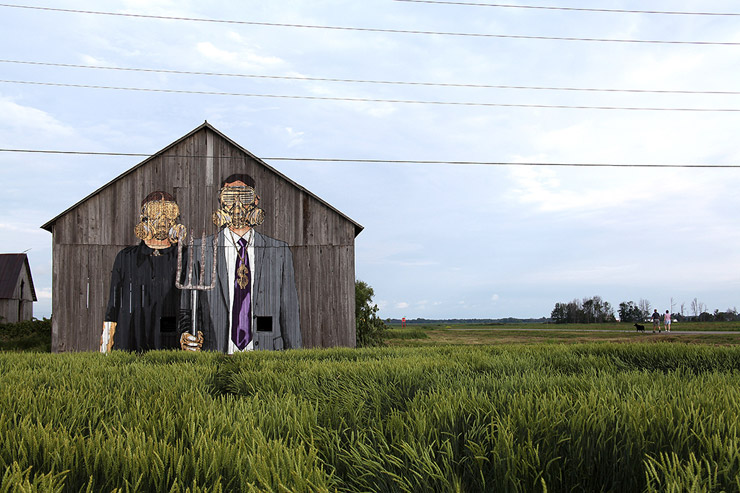 In this newly completed installation among the waving grasses of rural Michigan, one of the most familiar images in 20th-century American art is repositioned as ironic Street Art blending pop culture, consumerism, and a hand painted insidious advertising slickness. Is it appropriate or contextual for the audience or germane to their daily existence? Is that really the point?

Ultimately, this barnside gothic may be sticking a pitchfork into the globalist high speed lust for bling, even as we witness the ever yawning chasm between winners and losers, the poisoning of air and water, and the rapid consolidation of all methods of food production. Neighbor, forget about barn raising, how about hair raising? 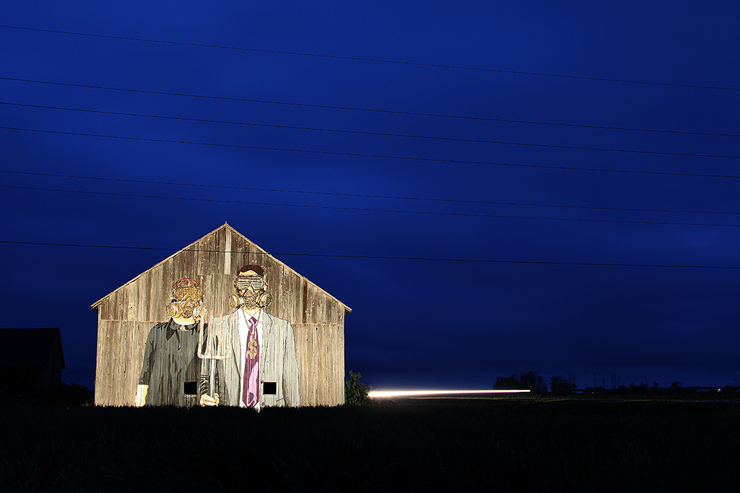 Stripping the manipulative nature of advertising from the actual connection to selling a product, the cow country billboard here merely grabs your attention and you reflexively look for your instruction to purchase. But it doesn’t come. HDL doesn’t manufacture any product or service and there are no wars to sell at the moment.

Says Steve Coy, one half of the duo, “HDL is inspired by commercialism and corporatism, and its relationship to pop-culture, identity, and fashion,” while discussing this newest interpretation of Grant Wood’s American Gothic. “Inherently, questions of value, social status, consumption, corporate values, and post-industrialism often arise,” he reflects. 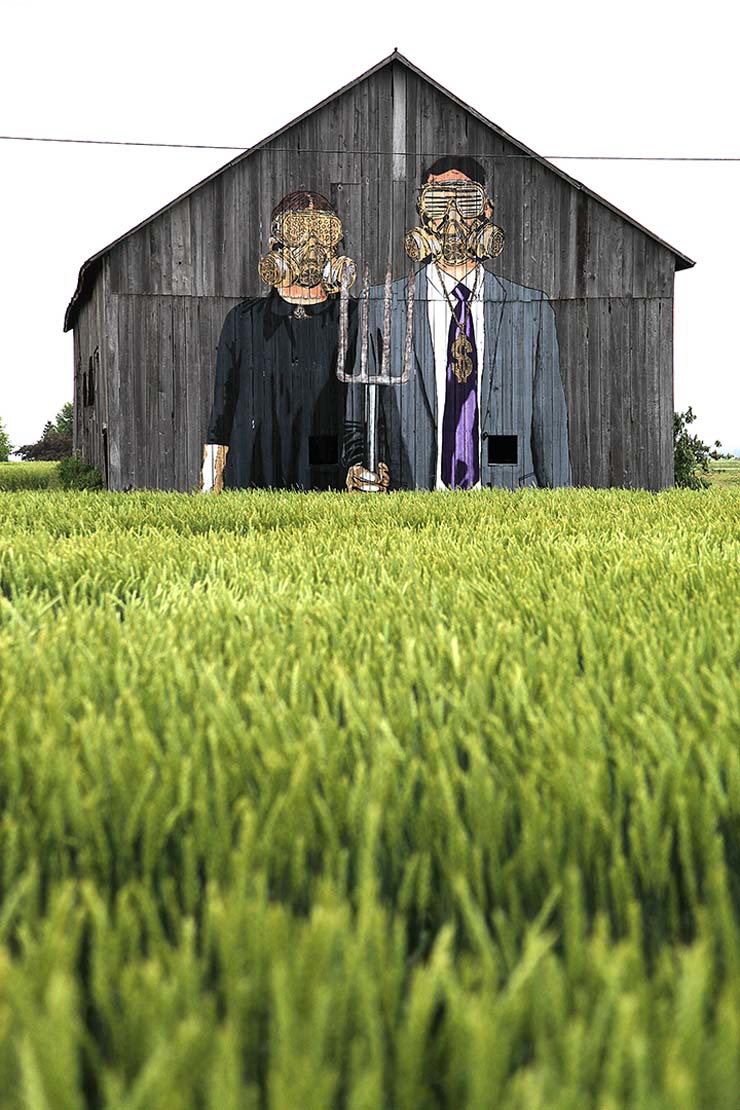 A second barnside piece by HDL here is more poetic, more reverie, more leaves of grass. Or rather, “Walden” by the writer, transcendentalist, and philosopher Henry David Thoreau. The accompanying video made during the production of this piece quotes an excerpt from that book, creating a meditation for the installation. 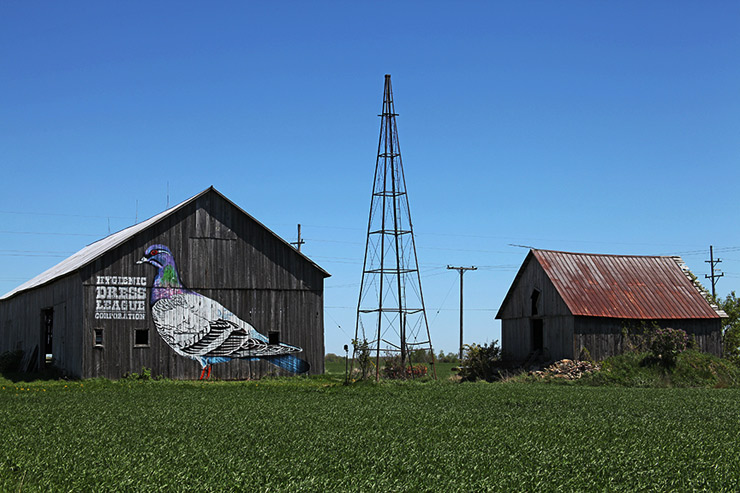 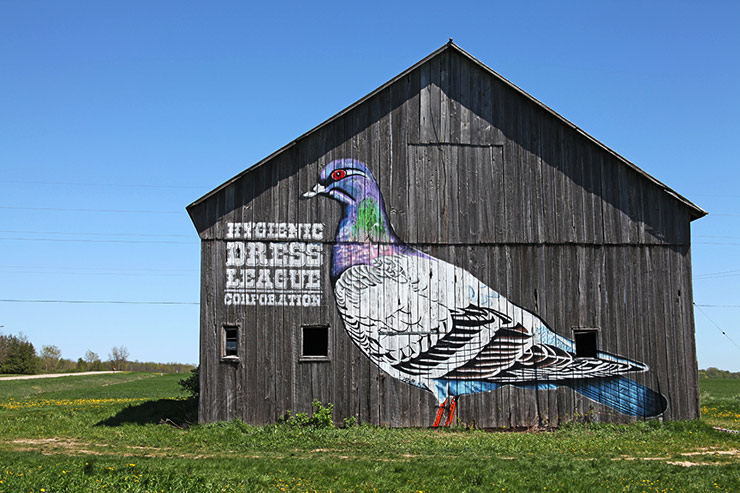 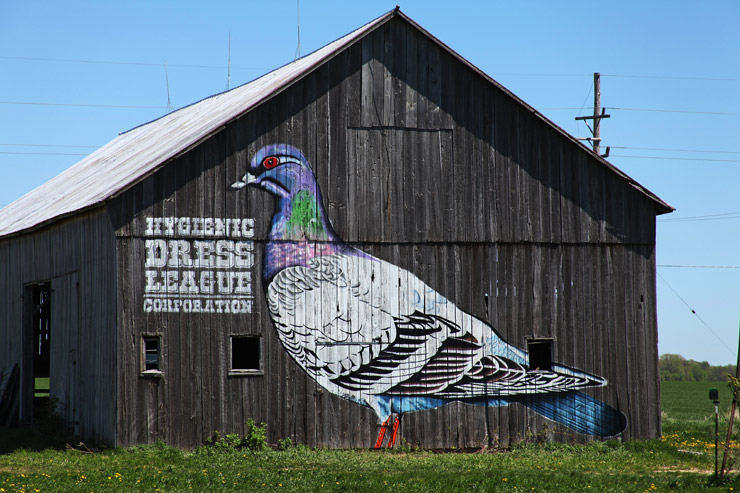 HDL would like to thank the Boyle family and Ziel family for lending their barns to this project. 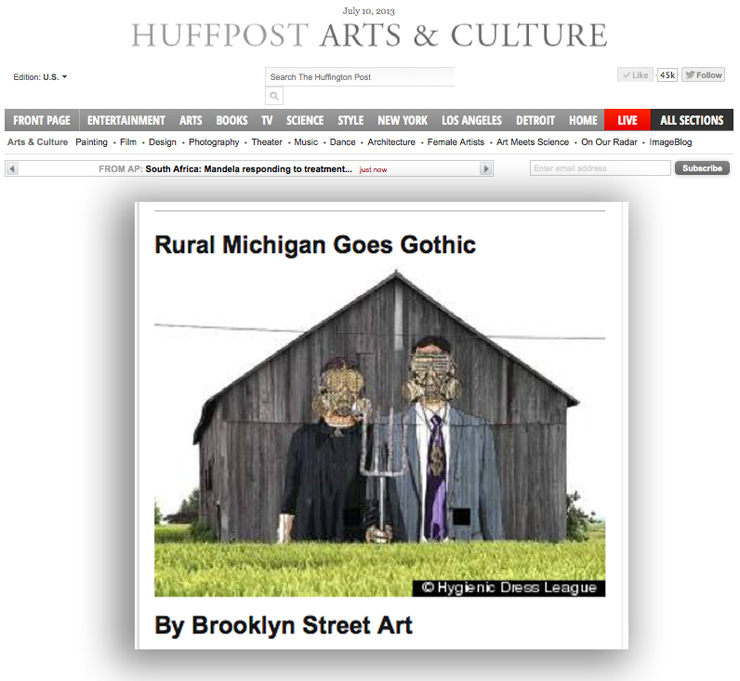 Box Trucks as Rolling Graffiti Marquees
A ubiquitous sight throughout large cities like New York, the graffiti covered box truck has inherited the all-city art mantle from the subway train cars of thirty years ago with eye-popping collabora...
Giacomo RUN x Basik Wrestle with the Renaissance and Modern Economics in Florence
The Church of Santa Maria Novella, The Opera del Duomo Museum, the Uffizi Gallery. Florence is forever tied to Renaissance art history and shares its cultural riches with the world daily, including a...
BSA Film Friday: 06.24.16
Our weekly focus on the moving image and art in the streets. And other oddities. Now screening : 1. Faith47's New LGBT Themed Mural in Manchester for "Cities of Hope" 2. NYCHOS: Making ...
BSA Images Of The Week: 08.03.14
It's the Dog Days of Summer and there are a lot of cool cats on the street right now. Here's our weekly interview with the street, this week featuring Adam Fujita, Be Everything, Che Man, Clint M...
A NYC Subway Train In Queretaro, Mexico
When local graff writers in Queretaro, Mexico heard that New York’s famous photographer Martha Cooper was going to be in their town for a new exhibition they decided to welcome her in the best way th...
American Gothic Brooklyn Street Art Grant Wood HDL Henry David Thoreau Hygienic League Dress Jaime Rojo Michigan Port Austin Steven P. Harrington Walden