The elusive transgendered Judith Supine has been very busy snipping away the flesh of many a model and archetype, then applying giant tubes of lipstick to their floooouuuurescent visages. 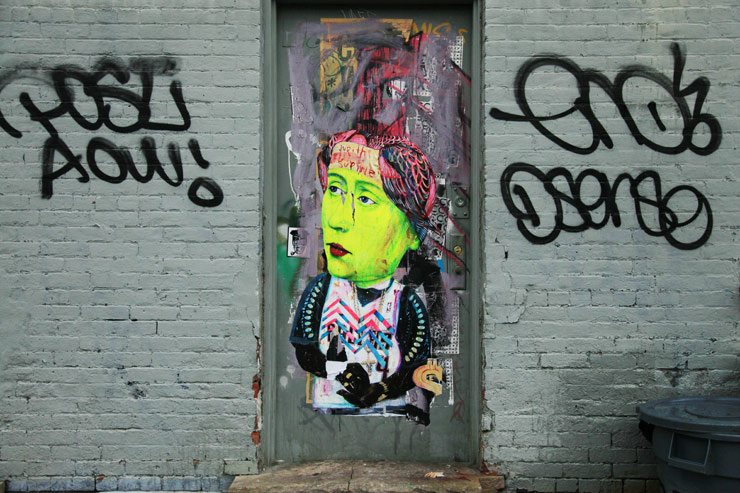 Its not any one thing in particular that drives a brain batty when Supine splashes across your sanguine certitude as you clip-clop to the corner bodega for some sliced meats or a rat trap or some candy cigarettes for the kids.

It’s mainly the shock of the collision of many things, the discomforting and magnetic juxtaposition, the auto  thoughtlessness, and the oily sub-conscious associations you can make with the color drenched disaster portraits. Listing all the elements involved in one of these is like taking apart a toad to see what makes him jump. Once you figure it out, it’s dead. 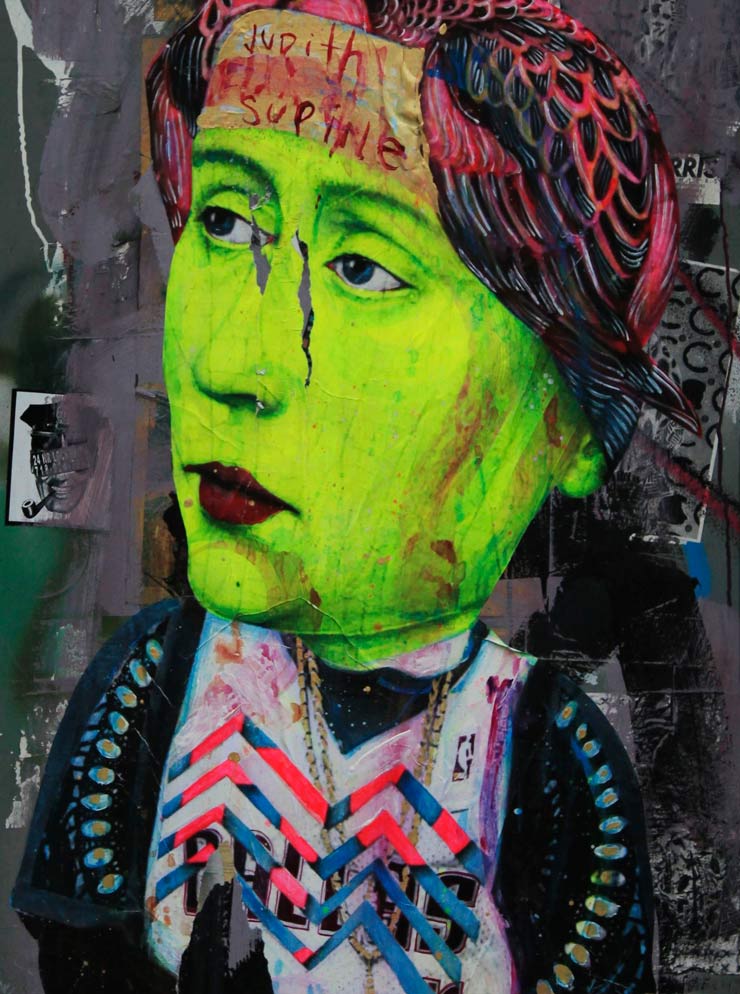 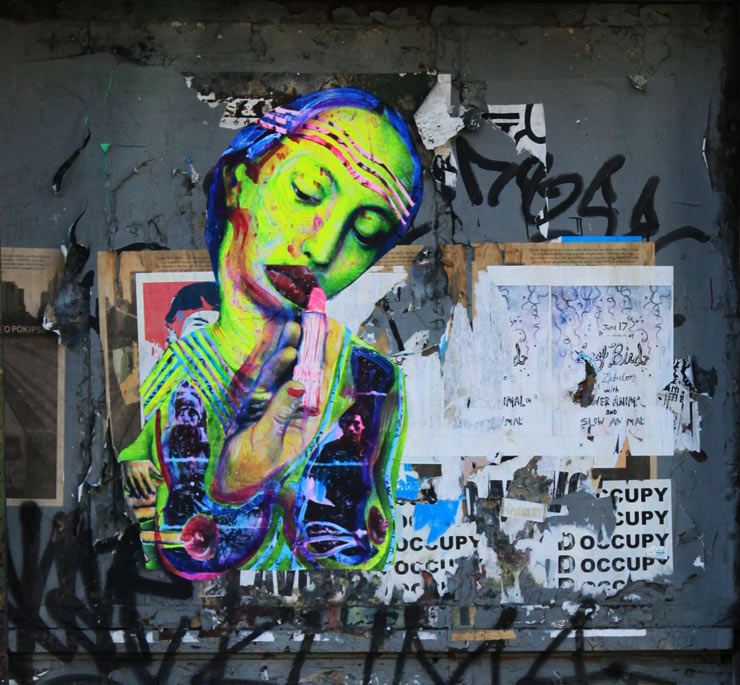 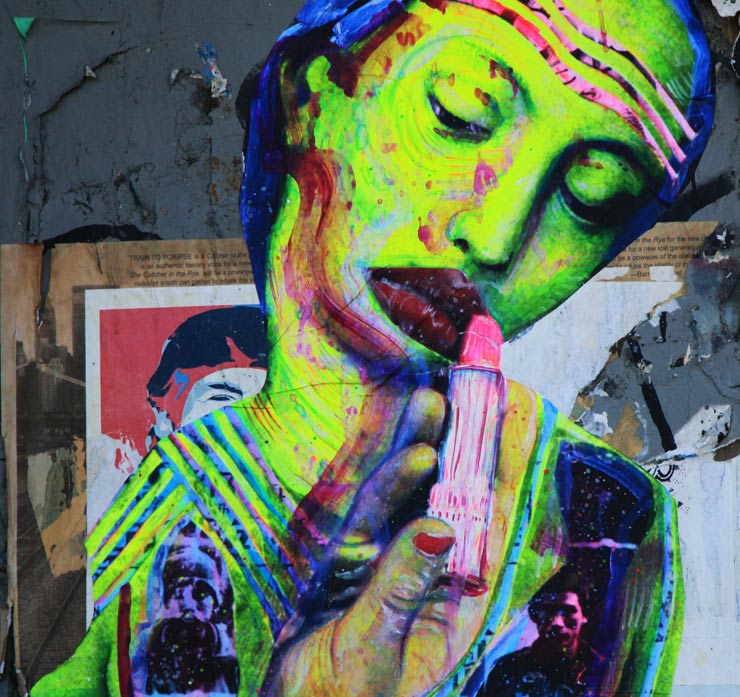 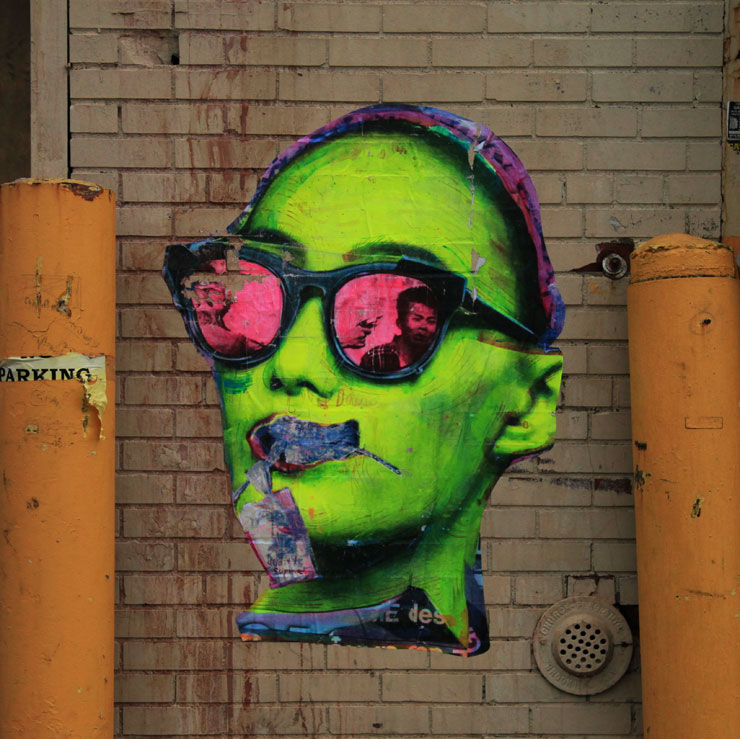 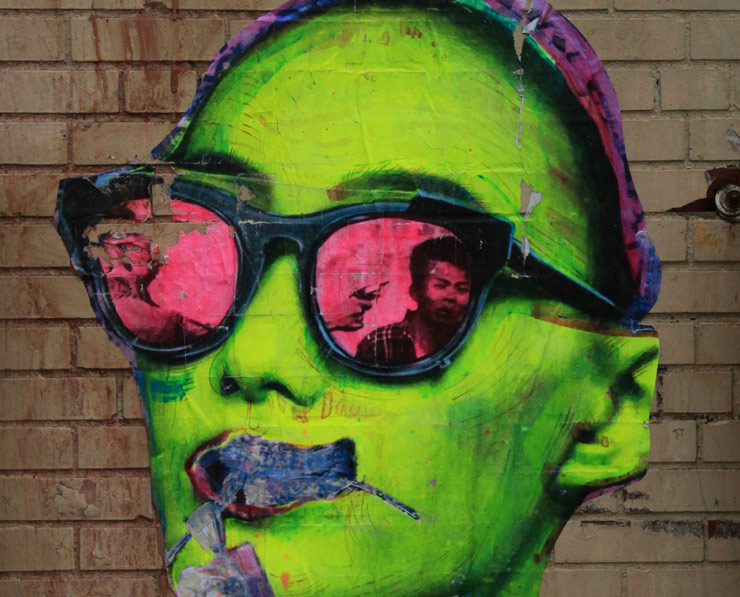 Skount "Tempus Fugit" : Time Waits for No Person
Spanish Skount in the Netherlands wonders today about the evaporation of time, ever slipping from your fingers. He says his new mural, of which he has done perhaps a hundred that we know of over ...
BSA Images Of The Week: 05.21.17 - Berlin Edition
This week in Berlin we had the chance to meet so many great folks as a result of the final Urban Nation events before September's opening of the museum. All the curators were in attendance, incl...
"Beyond The Streets" Exhibition : Gastman's Train Pulls In to LA
A steel-wheeled graffiti train with Roger Gastman at the controls roars into LA’s Chinatown for a two-month stay at this station, a 40,000 square foot warehouse that houses “Beyond the Streets.” Origi...
#11 Dabs & Myla: 12 Wishes for 2012
For twelve days we're presenting twelve wishes for 2012 as told by an alternating roster of artists and BSA readers, in no particular order. Together, they are a tiny snapshot of the people wh...
Innerfields, Dourone, Le Bonnar, Dima Fatum and Ernesto Marenje in KIEV for "Art United Us"
New work today from many artists who are participating in the the mural program in Kiev called Art United Us. In the wake of war and threats of aggression and instability, it is admirable when an art ...
Brooklyn Brooklyn Street Art Jaime Rojo Judith Supine NYC Steven P. Harrington