Street Artist LNY was in the Fountain Art fair this weekend and is on the street 24/7 right now in lower Manhattan as part of a Fourth Arts Block public arts project directed by Keith Schweitzer.

The sweeping careening necks of the long billed birds are wrapped around a malfeasant from below, wrestling in a violent and epic struggle while both are tossed by the waves in a lyrical, illustrative hand. 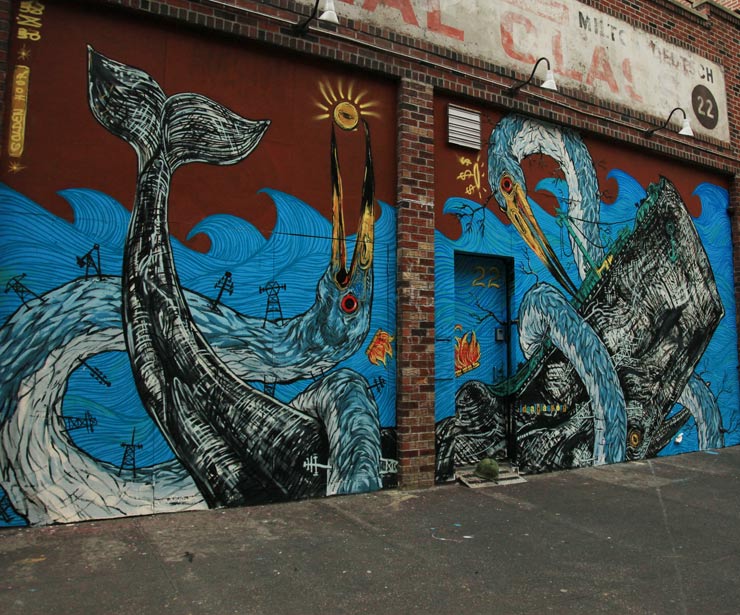 LNY tells BSA what “The Golden Hour” refers to; “Its name comes from the medical term referring the period of time after traumatic injury during which treatment is most likely to prevent death,” he says. As the city continues to struggle with rebuilding and relocating our dispossessed neighbors four months after Hurricane Sandy, the Street Artist says this mural relates to the unprecedented damage lower Manhattan sustained from the natural disaster.

“Its a dense, violent narrative but the colors make it pleasant so I am very happy with the reactions so far, ” he says. 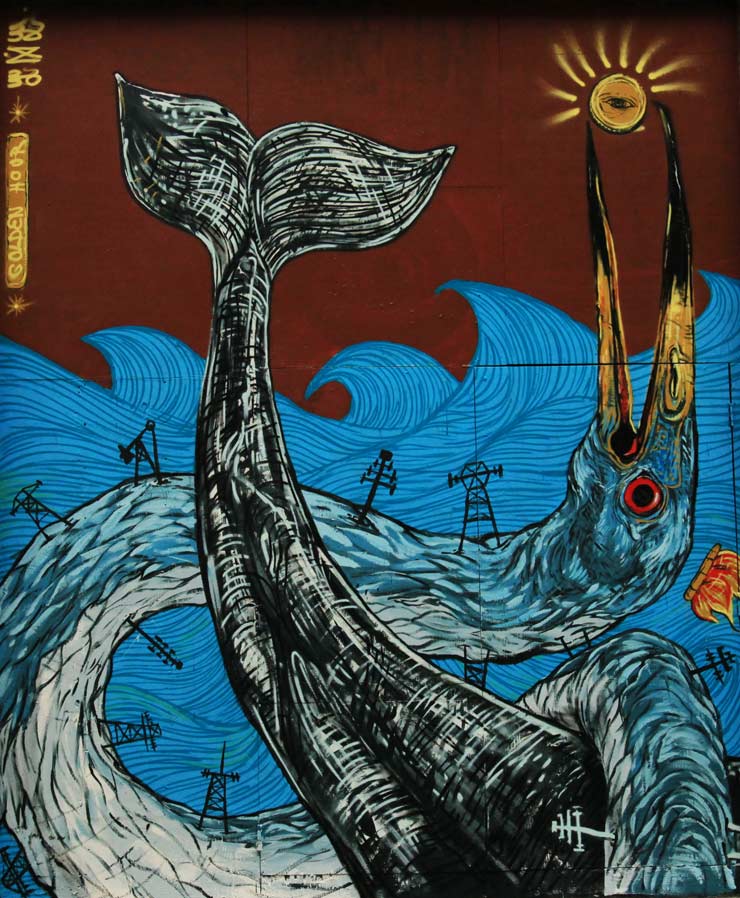 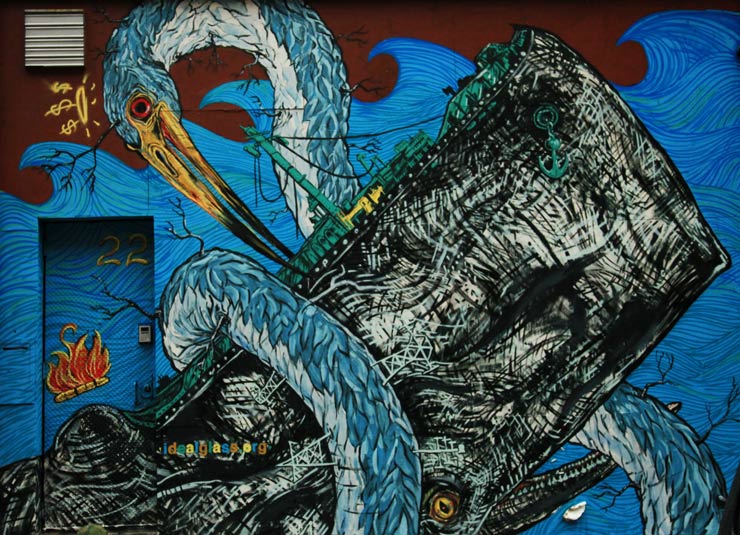 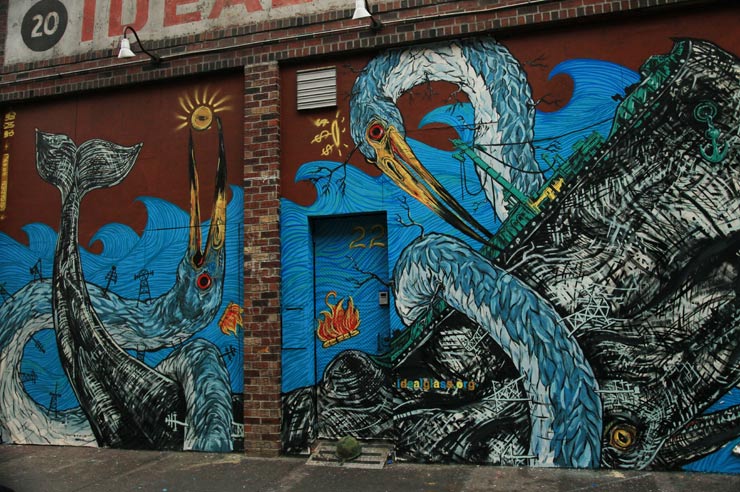 This mural is part of Fourth Art’s Block public art program and was produced by MaNY.

The Trades: Hendrik Beikirch (ECB) Traces Moroccan Faces
Street Artist ECB is introducing you to the trades of Morocco by painting the faces of current practitioners whom he has met on the street. By now we are familiar with the storytelling role that artis...
Rene Gagnon Inaugurates Mecka Gallery : Opening Today in Brooklyn
"HI! My name is… Brooklyn hasn’t opened a new Street Art gallery in a little while – in fact it has lost some formal spaces that welcome artists of the street kind over the past couple of years. So y...
Malik and "Note" Bring 17 Street Artists to a Swiss Prison: "4661m2"
It's the ultimate captive audience for your artwork. That wasn’t the original intention for this Swiss prison mural project called 4661m² but it is one of the outcomes - and one of its myriad ironies....
Faile "Fuel, Fantasy, Freedom", or Hot Rods, Unicorns & Coloring Books
Hormonal murmurings, childhood dreaming, race cars, hot rods, porky pig. All are on display at Fuel, Fantasy, Freedom, the new show by Faile running roughshod all summer at Galerie Hilger NEXT in Vien...
BSA Film Friday 09.19.14
Our weekly focus on the moving image and art in the streets. And other oddities. Now screening : 1. Shepard Fairey's Wall in Little Italy 2. ARYZ  for CityLeaks 3. Robots Spraying Ou...
Brooklyn Street Art Fourth Arts Block Jaime Rojo LNY Manhattan MaNY NYC